For Marvel’s Avengers Beta players, this is an overview of Hulks BETA skills and full rage build. Stat theory  and some look at epic items. Let’s check it out.

Pummel‘s Your opening bread and butter and you use it to stagger weaker unshielded enemies. The finisher breaks shield and some gear will proc effects on light finishers.

Gamma Hammer‘s two hit combo is one of the best heavy attack strings in the game with long range and low string count. Gear effects can proc some huge effects on heavy finishers which lead’s us into…

Cannonball(not THAT one) is your standard thrown hunk of concrete hulks precision seems to scale well so a little goes a long way. Rocks are effected by gravity and have drop.

This ability effectively allows you to remove a grabable enemy from combat almost indefinitely and then use them as a weapon. Ramping damage and a high chance for 3 different status effects.

Smackdown lets you trade off some stun and two of the status effects for dual manhandling skills and increased area of effect. FAB-U-LOUS. You don’t even notice the loss and it also leads up to Ionic Overflow a passive that lets your manhandling do elemental damage based on which men you’re handling!!!

This badboy what doesn’t it do? Damage increase, damage shield, willpower(health) regain. 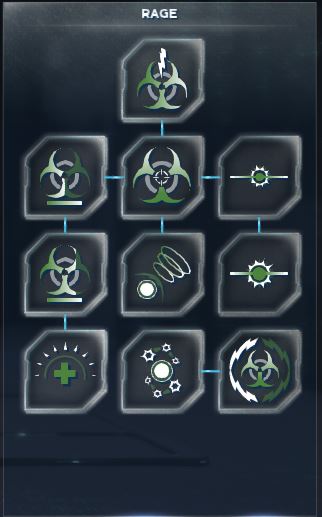 Abuse dodge in between light strings to stagger enemies to grab and use heavy strings. Always be run jumping when not attacking and even then don’t remain stationary for too long unless you plan on abusing invincibility frames for take downs and heroic abilities. Don’t be afraid to thin the pack a bit by kidnapping a couple dudes and running off to kill them, or even boss mobs to avoid fighting the rest.(for elimination missions)

Abuse floating animation for charged air heavies to avoid ground damage and break shields as well as stagger/stun enemies in order to grab/heavy attack string. Before you get overcharge save rage for willpower regeneration and shield.

Focus on enemies with rockets from afar before going in for melee and again always abuse dodge and always err on the side of caution when enemy attack bubbles appear.

That’s all we are sharing today in Marvel’s Avengers Beta Hulk Rage Build and Overview, if there are anything you want to add please feel free to leave a comment below and we’ll see you soon.