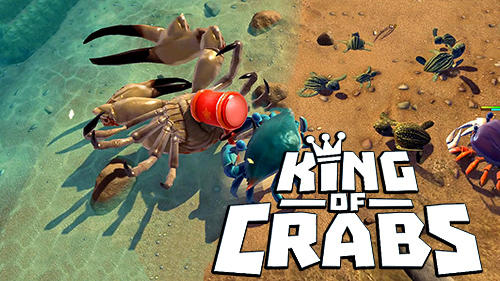 For King of Crabs players, this guide provides a complete hat list of the game, and also rated the top best hats game, let’s check it out.

Brown Crab: Voodoo Skull or Captain Hat. (Both pair well with the crabs special that does critical strikes and replenish boost meter)

Blue Crab: Viking Helmet or Shark Hat. (Blue Crab lacks damage, so choice is to either boost the damage or be better at running away)

Rainbow Crab: Viking Helmet or Shark Hat. (Rainbow Crab lacks damage, so choice is to either boost the damage or be better at running away)

Spanner Crab: Shark Hat. (Spanner crab is the PvE crab, as long as it can run away it will give plenty of points)

Stone Crab: Viking Helmet, Army Helmet or Shark Hat. (Stone Crab lacks damage so that is what the Viking helmet is for. It does make it up in toughness, which Army helmet will boost. That however is pointless if you can’t run away which is what the Shark Hat is for)

Hermit Crab: Shark Hat or Kawari Kabuto (Need to be able to outrun the campers waiting to get out of your shell. And Health drain doesn’t mean anything for the hermit as it gets it all back anyway)

READ:  King of Crabs How to Fix Game Crashing On Loading Screen

Giant Mud Crab: Viking Helmet or Shark Hat. (one of the first truly strong crabs. Gotta boost that damage or make sure the enemy doesn’t flee.)

Snow Crab: Viking Hat or Shark Hat. (Snow crab slows opponent, so having extra speed is not that needed, thus making a boost in offense better. Still One can never have enough speed)

Yeti Crab: Viking Helmet or Army Helmet. (This crab is slow but tough, even with shark hat it’s still slow, so better to boost other stats)

Tasmanian Giant Crab: Shark hat. (I know I know I say shark hat to much. Same reason as the lobster)

Mantis Shrimp: Shark hat or Viking Hat (Mantis is the fastest crab in the game, so why not put extra speed on it?, then again if you want to win more fights Viking Helmet works too)

Alien Crab: Shark Hat or Viking Helmet (yeah this is pretty much how its going to be)

Uncle Sam and Pizza Hat (Growth stat is the most useless stat in the game. This hat doesn’t do anything once you hit 100% which is very easy to do)

READ:  King of Crabs How to Fix Game Crashing On Loading Screen

Flat Cap (sure bottles does 300% more damage, but you only have like 1-5 of them at any given time unless its the bootle special island)

Squid Hat (25% extra xp seems like it would make it useful. but you get powerups that does the same thing and leveling is very fast regardless, thus this will just net you less xp than if you had worn a proper hat)

3. Viking Helmet (flat damage boost is always good, also while the Kawari Kabuto has more attack % the health drain that comes with is to severe)

2. Witch Hat (This hat is insane. there are sticks all over the place and plenty of repair modules to keep them going. You can substitute this hat for Viking Helmet on any crab, and murder any other crab 99% of the time)

1. Shark Hat (Being fast means you can run from unwinable fights such as stick wielding Witch hat maniacs, or chase down fleeing crabs, as such Shark hat is the most versatile hat in the game.)

That’s all we are sharing today in King of Crabs Complete Hat Guide (Best Hats, Useless Hats), if you have anything to add, please feel free to leave a comment below, and we’ll see you soon.
Credit to F_F