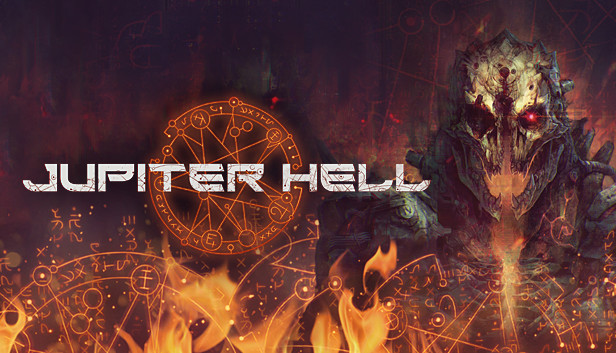 This guide provides Tips for Jupiter Hell beginners, from someone who started out terrible and has worked their way up from usually dying on Easy to sometimes beating Hard.

In watching new players trying Jupiter Hell on Twitch and Youtube, I noticed a lot of the same mechanics being overlooked or misunderstood, and the same causes of death popping up again and again.

In this guide I want to briefly go through some tips that might help newer players die less often.

Much of this information is available in the in-game help files and on the Jupiter Hell wiki[jupiterhell.fandom.com].

The main basic points to consider to live longer:

Pay attention to your chance to hit!

The To Hit % in the top right corner is the most important thing to keep an eye on when fighting. You are better off taking a turn to aim or re-position in order to get one good shot, rather than spending multiple turns missing the same low-chance shot.

When fighting multiple enemies at once, consider cycling through the enemies with the next target button to see what each hit chance is, as well as which ones are already injured, and maybe which ones have more dangerous guns. By the time you kill the easier targets, the others might have moved to better positions.

There are 3 big things that reduce your hit chance:

Pain:
When you take damage you get a pain debuff, which reduces your chance to hit. If your pain is too high, your hit chance will be too low to reliably hit. You can use a medpack or the Marine skill Adrenaline to clear the pain, or else you’re better off waiting or fleeing.

The reason this is the biggest killer of new players is that your pain can quickly go up during a shoot-out where you started in a good position with a nice chance to hit, but end up not able to hit anything.

Also keep an eye out for the weapon perk Resilient, and the armor perk painkiller, to mitigate the effect of pain.

Range:
A weapon with range 3/6 has Optimal range 3, Max range 6. This means 100% base accuracy for any target within 3 squares of you (diagonals calculated with pythagoras), and a max range of 6, meaning it has 0 chance to hit at range 7. For distances above 3 all the way up to 7, the accuracy falls off linearly from 100 to 0.

If you are using a lower accuracy weapon like a revolver, consider using the Aim command before taking long shots, or using the terrain to force enemies to move closer to you.

Some weapon types (auto, semi, rotary, launcher) give 3 ranges, e.g 2/4/8. Here the 4 and 8 are the Optimal and Max range as above. The first number is the minimum range. You have reduced accuracy against enemies closer than that range. So with a minimum range of 2, 2 squares away is okay, but 1 square (i.e. adjacent) you will have reduced hit chance.

Traits (from levelling up) and weapon perks (from modding or finding blue weapons) are good ways to improve a weapon’s ranges and hence improve the accuracy of all your shots.

For more detail, check out Range[jupiterhell.fandom.com].

Enemy Cover:
Unless you are using a weapon with splash damage (shotguns or launchers), you are almost always better off moving to a better location rather than trying to hit an enemy with good cover. Most enemies will follow you if you retreat, so you get a chance to shoot at them while they are in the open.

One of the harder things to get used to in Jupiter Hell is what to do in a very bad situation. When a fight turns bad, it is easy to just keep shooting and hope for the best.

The game offers a range of panic buttons, and even among experienced players, many deaths occur with several handy options which could have saved them if the’yd thought to use it.

Class skills:
Each class has a skill which can be used to get them out of trouble. Don’t forget they are there! Scout and Tech can overcharge their class resource so you are often losing mana you didn’t use when you leave a level.

Inventory items:
Many of the items you can pick up count as panic buttons. Using items takes time, but remember the tech only uses half a turn to use items.

Early on, it can be a good idea to switch between several weapons depending on the situation. Even in the late game with a well crafted weapon and a build specialising in that weapon, the right alternate weapon on swap can help negate a build’s weaknesses.

One important thing to consider is how much damage the enemies you are fighting can take. Many early enemies have 18-22 hp, so the difference between a 16 damage weapon and a 24 damage weapon is very noticeable.

Swap time and reload time
When viewing a weapon stat block, the swap time is the time it takes to switch TO this weapon. The speed of the weapon you are changing from has no effect.

When considering a weapon’s reload time, you need to know how much of the weapon reloads each time. Some like revolvers only reload one bullet at a time (but do so very quickly), others like chainguns reload a set amount, most weapons reload fully with one press. If you are using a weapon which is slow to reload, or which runs out quickly, think about what your plan is to deal wit that in an extended fight.

Pistols, Revolvers, and SMGs have a much shorter default swap time. If you are using a long range weapon like a rifle, having a good pistol on swap can help deal with anything that gets too close. They also make a good backup to finish something off when a weapon which is slow to reload runs dry.

You can get very fast swap time on any moddable weapon with the use of a B-mod, in order to craft an emergency shotgun or rocket launcher.

Shotguns
Shotguns stand out from other weapons in several ways. They often only have a single shot before needing to reload, but they can hit multiple enemies with each shot, and they are one of the only weapons that can shoot things outside of sight range.

Instead of the normal system of accuracy giving a % chance to hit, shotguns always hit things in their cone, but their damage is multiplied by the accuracy. So instead of a 50% chance to hit with a pistol or rifle, you would have guaranteed hit but 50% damage dealt with the shotgun..

When targeting an enemy, the amount of health they will lose is highlighted on their health bar. This is especially important when using a shotgun, as the damage can change just from the enemy moving closer. If you see that your shotgun will fall just short of a kill, you may be better off waiting or even advancing to get a kill shot, rather than shooting, reloading and shooting again.

Multiple shots
Some weapons, including Automatics, Rotaries, and some types of Pistol, fire more than one shot with each round. A weapon with 9 damage, but 3 shots per round, will do 27 damage if all 3 shots hit.

This has an advantage when you start getting weapon perks which increase your damage by a flat amount (such as Cleaner or Longshot) as the flat damage is added to each bullet. But it also has a disadvantage when fighting heavily armored opponents – An SMS with 6×5 damage would do 30 damage to an unarmoured foe, but only 10 damage to something with 4 points of armor as each bullet would do only 2 damage. If you are relying on a multishot weapon like this, it could be a good idea to have a single shot backup like a sniper rifle.

Damage type
When deciding what weapon(s) to use, damage type can be an important factor.

This means a 34 slash damage shotgun, at point blank range, will do the full 34 damage to a zombie but only do 17 damage to a bot. On the other hand, a low damage pierce weapon like the 9mm calibrated with 16 base damage vs zombies will do 32 damage to the same bot.

Slashing as a damage type is outright worse than the other damage types, but the weapons that come with slashing tend to have higher base damage, and include most of the weapons capable of AoE damage. So they are often situationally useful.

The level structure of each moon follows the same pattern of 7 levels plus one optional special level, but you have choices about how to get from start to finish.

Each moon will have 3 side branches, randomly chosen each game from 4 possibilities. The entrances to these branches will be on levels 2, 3, and 4 of the main path, and emerge back onto the main path at either the 6th or 7th level. Each branch has a specific optional special level at the end of it, with greater challenge but set rewards.

If you skip all 3 side-branches, the main path has a “default” special level of its own, accessible from level 5. Each moon has 2 possible choices for which default special level will spawn.

The difficulty and rewards of the different special levels, whether they require red keycards to access all the rewards, and which monsters are more common in which branches, are major factors in how more experienced players decide which branch they want to take.

Using the Recon menu at a terminal will tell you ahead of time which branches and special levels are available on your current moon.

Some examples from Callisto moon:

More details about what branches have what rewards can be found at Locations[jupiterhell.fandom.com].

Terminals
At a terminal, you can view emails which will give you hints about what is coming up later on the moon. This can include specific side-rooms, items, or events, and which branch they are found in. This can be helpful in deciding which side branch to take. Emails with useful information are highlighted in the email list, and the key information (what it is and what level it is found on) are highlighted in the email text.

Some terminal messages mention two levels. This means that you can activate the event or item on the first level, and find it in the second level. When you see the “Commit Changes” option at a Terminal, this is referring to this kind of email event.

You can save emails to read later by selecting them from the menu. This will remove them from the terminal but add them to your journal which you can check any time.

Some features which many new players miss, which can be very helpful:

Lift colours (On lift / on minimap):

That’s all we are sharing today in Jupiter Hell Tips for Beginners, if you have anything to add, please feel free to leave a comment below, you can also read the original article here,  all the credits goes to the original author Qetuth