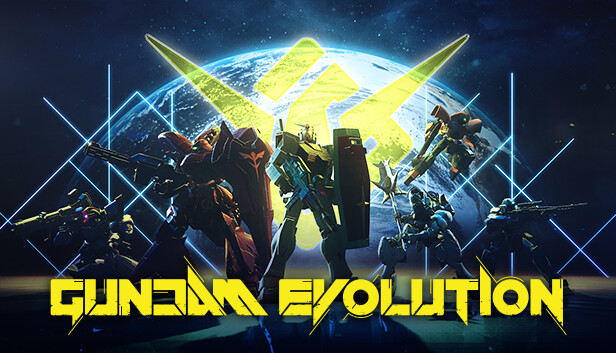 For GUNDAM EVOLUTION players, this guide is to help players understand how to handle and defeat barbatos in the video game Gundam Evolution.

Barbatos Isent that hard to handle

Look too many people couldn’t figure out how to handle Barbatos in the early beta because 1. its a brand new game so…fair 2. Barbatos is fantastic at low level game play because he can blindly charge in.

Each and every character has their own way of dealing with Barbatos and it is wild to me that no one uses their abilities to take him out.

Barbatos is a MELEE unit

Barbatos is a MELEE unit. I had to say it twice so you understand.

Barbatos has no range, if he sees you he cant shoot you, if you see him you can shoot him.
When he sees you he must take cover to cover to reach you to hit you or move in a straight line at you. Most units can use their abilities to either knock back, slow, stun, or even evade Barbatos.

Every gundam even has a dash system to move away from Barbatos at similiar speed as Barbatos can move. This means extra shooting time with the gun you got in your hand.

You can hear him a mile away when his hammer is charged so if he is going for the 2 hit special that kills you instantly you should not have any excuses to know exactly where he is once that hammer is fully charged.

How to Handle barbatos as each Unit

I am gonna describe how you can defeat Barbatos with the Units below.

This unit is basically soldier from Overwatch, he has a fantastic kit and a fantastic super.

He has an active skill called EMP grenade you can throw this down to slow Barbatos’s advance on your position giving you enough time to kill him.

Never forget you have two dashes that allow you to increase the time to shoot him while you fight.

Gundam has a very fantastic kit and in my opinion is super fun to play.

Gundams Hyper hammer does a massive amount of damage and an impressive stun on enemies.
you can use this to stun Barbatos because he is most likely moving at you in a straight line to try and hit you.

This move does have a wind up but if you can hear him coming when his hammer is fully charged it should not be an issue.

As Zaku 2 you are as fast with a range weapons and a smoke grenade to temporarily make you invincible. You should not have any excuses when fighting Barbatos.

Honestly if this is happening I would like to watch. your strengths are also your weaknesses either way. Just unga bunga him until he is dead.

This is the most tankiest character in the game and he is taken out by Barbatos in the blink of an eye.
you should always be listening for Barbatos Hammer to avoid his super combo it makes a loud distinct warbling noise. move away and stun him with your Beam Tomahawk. Your DPS with your shotgun is also insane.if you have to result in dashing away make sure its in a long straight line as you will only get one dash.

You are the best healer in the game and you must protect yourself from barbatos. If you hear Barbatos’s warbling hammer there is no shame in flying away. You can literally fly.

Never underestimate the amount of damage you can do. Despite being a healer you are very impressive at doing damage.

In all honesty GM Sniper II does not have a direct counter against Barbatos, but if your playing this class most likely you are really good at aiming and can just end him in one shot.

Asshimar is fantastic has an amazing kit and is good at medium range.

Asshimar can throw napalm and fly. in all honesty Barbatos should not be close enough to smack you. But if that ever happens you can just burn everything and leave. Barbatos can not fly he can not stop you.

This is my main and honestly one of the weaker units to fight Barbatos. But with a collection of mines, the hyper beam laser, and landing head shot rockets on an enemy that has to move at you in a single line. You should be able to take him down before he gets to you.

You only get one dash to get away so make sure its in a solid straight line to get the maximum distance with your dash.

Turn A Vs Barbatos

You are the direct counter to Barbatos. You have a heal and a grab that goes through his hammer and lets you toss him like a salad. if you hear him charging up nearby you jebait him, cross him, break his ankles, toss him like a salad, and dab on him because he cant do anything to your super armor.

Gun Cannon is a fantastic DPS that does not make itself apparant at first sight.

with a combination of focused gunfire, firing cannons and performing Gun Cannon’s dash attack you can easily take out Barbatos almost as fast as Barbatos can take out Sazabi.

never forget that Gun Cannon’s dash attack not only pushes back the enemy you hit it with. it can also be used as a third dash that charges on a different meter from your normal dashes because it is it’s own skill.

In my Opinion GM is the strongest character in the game.

Your shield will not help you with Barbatos, however you do have a fantastic shield bash that ahs an impressive range in front of you that can be used to knock back Barbatos quite a distance and combined with your detonator bomb can be used to stave off and kill a barbatos quite easily!

Be warned you only have 1 dash and need a massive amount of distance to utilize it fully.

As Exia you have four dashes a stun and a knockback. using your collective skills you could smack, kill beguile, bewilder, and backhand Barbatos around the map. but this is Assuming he doesnt land his charged hammer against you.

You have three dashes the same as Barbatos so theoretically you should be able to match speed in any direction with him.

Assuming you can aim, you can shoot barbatos, pull, and then push barbatos back and shoot him without giving him a chance to retaliate.

In all honesty Mahiroo should be a good Barbatos counter. with grenades that can be directed around corners via wall bouncing, a skill that lets you push yourself backwards from an enemy, and a scan that can detect enemies through walls at quite a distance. You should be able to take care of Barbatos quite well.

Zaku 2 (Melee) Has looked every interesting to me and I think may even be a better Barbatos. You may see this character far more often then Barbatos.

Using your Skill survive you can essentially counter Barbatos’s combo and gain large amounts of Meter off of taking the hits. Which you could then use to active Zeon’s Rage to super armor through all of Barbatos’s attacks and perform more damage then he can output.

Unicorn’s Kit looks quite impressive and makes for a very solid DPS/Support Kit.

The moment you see Barbatos, its best to keep hitting him with your gun as you can and use your Shield Funnels to knock him back so you can keep shooting him.

Honestly not much can be said here other then shoot good.

This isent a perfect guide.

Go figure out your own way of taking care of Barbatos. im tired of typing his name. and im definitely not gonna update or make a new guide.

You know you want to. and if this helped itll be the only way I know it helped.

That’s all we are sharing today in GUNDAM EVOLUTION How to Handle Barbatos, if you have anything to add, please feel free to leave a comment below, you can also read the original article here, all the credits goes to the original author Hypocrite