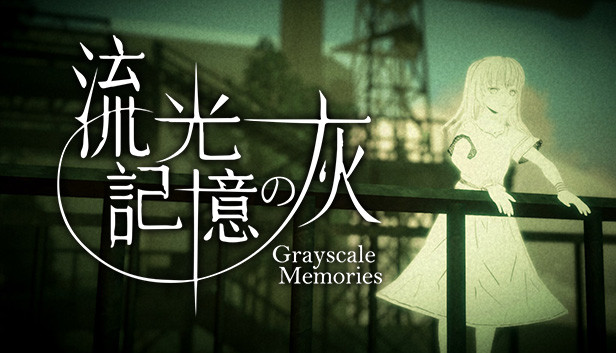 For Grayscale Memories players who are trying to get all the achievements, this guide is about how I got 100% achievements. For the most part the majority of these can be gotten in first play through.
The Beginning of the Story and I Know Where You Are

Simply play the game, half of these achievements you can get done through the first play through if not more.

Only I Left
Lvl 1
During tutorial simply try to get all pieces unstuck from small corners and get them all into the same corner. Once they start to disappear just wiggle the border to keep them moving and disappearing before storm comes.
Overall Search

Not to sure which count and which don’t. So far starting on Lvl 2 immediately run left, jump the block and continue left into the wall. Second after first piano keys, drop down between the next highlighted arrow keys and run right. Third run all the way right and double jump before back tracking and going forwards for first time. Fourth double jump before you have to jump off the path into the orb. If this does not unlock it for you, sadly I do not know. If it’s simply a Lvl 2 achievement do what I already instructed but pretty much run into every ledge possible to see if you can slip under it. If it’s not a Lvl 2 only achievement, do as I said for lvl 2 and play through the whole game making sure to grab all orbs.

Up and Down
Lvl 3
Simply hop onto the elevator and ride it 3 times.
Never Give Up
Lvl 4
Simply run into the black orbs 3 or more times.
Giving up is also a Choice
Lvl 4
Again, idk if this is level specific or not but I got this on Lvl 4 by running back from the start for a few minutes and got this achivement.
It Hurts
Lvl5
Get hit by objects 20 times. Again idk if this is a level specific one or not but I simply played on lvl 5 and ran into 20 objects.
Getting Lost
Lvl 6
To beat the maze for two sections you have to get the light and dark bar fifty fifty by stepping on the light and dark pads then running up to movable wall, while progressing, make sure to step on and off them a min of 6 times.
Floating in Water
Lvl 7
Once you get to the water level of the tower simply collect all the black objects… They’re hard to miss.
Too Rush
Lvl 7
Tbh, I don’t even know. I tried every possible way on Lvl 3 and the transition between Lvl 2 and Lvl 3 and got no where. On Lvl 7 though, past the first elevator and water section there will be an elevator that moves down and right into the ring section. I pretty much spazzed out pressing up, down, left, and right the whole time and right when the elevator was about to stop my character moved off and I got the achievement.
Jumping Master
Lvl 7 and Ex2
Once you get to the level of the tower with moving rings simply die from them 3 times. After that proceed as usual. Tip, while it may appear as though you can just hold the left arrow key and be set, sometimes it’s best to stop between the two rings and let the lower one pass before proceeding. I had no luck trying to jump it as the second ring would kill me. Or play Ex2 and simply get hit by 3 rings while trying to get The Will of Climbing Up.
Complicated Thoughts
Lvl 8
You’ll probably get this one by simply playing it, but if you don’t, on the last puzzle just move two pieces back and forth till you reach 50 and get the achievement.
Travel to the Light along with pain
Lvl 9
Gather a light back and lose it by running into an object. Repeat 3 or more times. And yes, you can gather the light you lost if you’re fast enough.
Endless Curiosity and Chicken Soup
Lvl EX1
Simply play until Lvl 7 for Endless Curiosity and continue playing and getting every chest up till 50 chests for Chicken Soup.
Tip, either due to level or amount of chests, speed will increase. After a certain point it is possible to glide on the edge of the path if you start to fall and can save yourself on the next corner. Also, once with enough speed you can run over gaps, it is rather difficult to stop on a vertical when going horizontal and vice versa, for chest you have to pause on them for a split second for them to register and for end goals you simply run into it. For Chicken Soup all fifty do not have to be in a single run, you can if you want but you don’t have to.
The Will to climb up
Lvl Ex2
Reach level 9 on the infinite tower. Tips since it’s difficult to tell what will and won’t hit you. You can pause and time things while standing on the fourth block down from ring intersection. Following the same rule be careful when jumping on the first step as you might get hit by the next ring. (you can see the ring go through a step in the middle, consider that step zero, from there count from the next decreasing step down to four and that’s the one you can pause oh).

That’s all we are sharing today in Grayscale Memories 100% Achievement Guide, if you have anything to add, please feel free to leave a comment below, you can also read the original article here, all the credits goes to the original author SmugAi