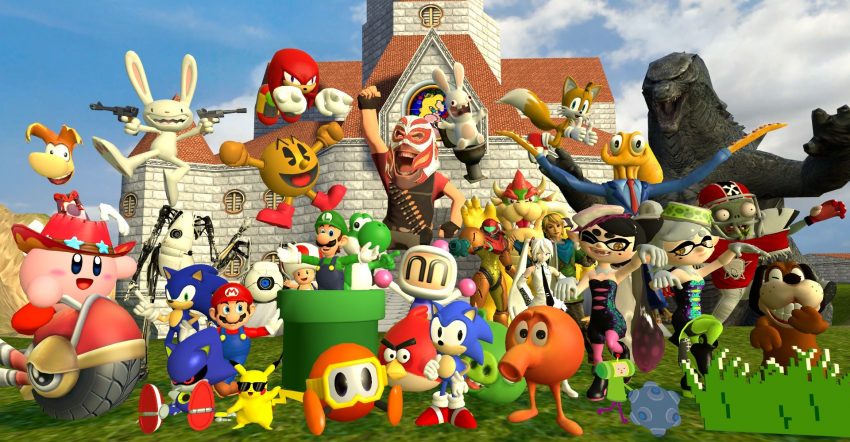 In this guide you will learn how to play multiplayer without being absolutely confuddled on how to multiplayer!

Step One: The Beginning

To start you will need the game known as Garry’s Mod, without this lovely piece of art you will not meet the requirements to actually use this guide. Make sure you have your in game volume set to like 0 because when we get into a server you find it hard to not find at least one person using their Xbox mic to order Mc Donald’s out of their 2007 Dodge caravan. Then set up all your other settings up how you like because none of that other stuff really matters. Except one thing, SPRAY’S! you will most certainly need a good spray in this game. Just like 2012 Team Fortress 2 you will need to have some form of anime woman as your spray, preferably a highly skimpy young cat woman, this type of spray will get you that spot in your book club in that school RP server that your friend from school plays and is now trying to get you to play as well. But don’t listen to Jake because you got better things to do like play the popular pony RP or the usual reappearance of school shooter RP. Both of which are great ways to meet some friends “like your brown eyed short self could get a GF in real life” you can just get one in G-Mod. Now that you know that basics we will move into the next chapter.

In this chapter you will find the right server to quench your thirst to hop in a game. To begin you will use the knowledge from the last chapter to get your spot in high command in the Star Wars RP server that the guy you met on Apex Ledges owns, and your only getting because you saved him from total destruction at the hands of a enemy team. But on the contrary, you will most certainly need to find a “Game Mode” that suits you and your needs. From Trouble in Terrorist Town to Prop Hunt, and even B-Hop you will most certainly find what you are looking for, all the skills from that one CS-Source B-Hop server that you would play after middle school would really come in handy in G-Mod. As G-Mod uses the same engine as source and most servers even allow this default version of the source engine on their servers. But as stated before, there are many different “Game Modes” in G-Mod, finding the one that suits you is your call. There are thousands of servers in G-Mod, your knowledge of how to make a car bomb will come in handy some were I promise.

You may find it hard to fit into that new Dark RP server that you found, because you don’t know how to use a key-pad. Well in this chapter we will make sure that David does not mess with you or your base again. First I suggest that you go in solo mode and mess around with all the tools and other resources, so that you can build your base defense and keep all of the crooked nine year old’s out. And if that does not work just steal another persons base design or go on YouTube and look up how to not get raided by the same book club you disowned two weeks earlier. But outside of Dark RP fitting in should not be so hard. The chances are that if you own the jewel that is G-Mod you are just like every other person on the platform, mindless people with no sense of anything and only having one skill…….Being able to use your Nintendo DS headset while its plugged into your Mac Book producing the sound known commonly as “Ear♥♥♥♥♥♥quot; or “Mindless Screaming For No Real Reason” So as long as you have that you should fit in well with your peers.

Good Work you made it through and im surprised, most die off in a few days. And now you are a real pro at G-Mod and you can show all who doubted you who is boss with your new found skills. You probably will have many great memories over your G-Mod life. Iv’e had G-Mod for about Four years now and I have seen it evolve and change over the years. The old servers being lost and replaced, new servers dominating for years to come. New “Game Modes” and new people. I have met a lot of great people on Garry’s Mod and I hope you did or do as well. I wish you the best of luck on your adventures and please don’t forget to feed the dog he has not eaten in hours (Mom wanted me to tell you that). Good bye old pal *Gun Shots* * Sound of death of and “old pal”*
Written by ℓιηєηмσѕтℓу

READ:  Garry's Mod: How to Cook a Good Lasagne