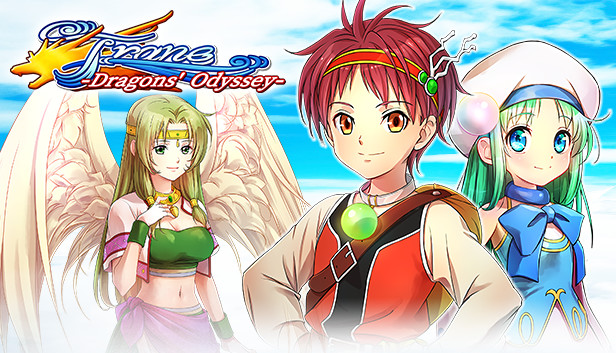 A beginner’s guide for the steam version of the game FRANE: DRAGONs’ Odyssey. This will only go over a few things. If someone wants to use my guide to make a in-depth one, feel free to use my guide as a source, but please cite it. Thank you.

Basic information about this game..

Without spoiling too much of this game, you play as two heros who are more than they appear to be. The male hero is the fighter of the group and has hps. The female is the magic user and does not die when she runs out of mps, but she because pretty useless when she does.

Both heroes have a special move when there charged up. On the game, this is the small balls next to the hero’s portraits. When it is full, you can use them. For the male hero, depending on the elemental weapon he uses, this can be a ice dragon rush move, or a fire dragon rush move. For the female hero, her special move is called rage. The player has no control over when she does it, and it kinda funny when she does it.

In the game, you can choose to use close up range weapons, mid range weapons, and long range weapons, whichever you prefer for your playingstyle. I suggest getting both fire and ice version of the weapon you buy so you can do opposite damage to monsters of the opposite element. This helps alot in most dungeons.

Gloves are for close up range. Swords are for mid-range. Yo-yo’s are for long range.

Upgrading your weapons can also help you fight monsters. Halfway thru the first dungeon area, you find a guy who can upgrade your weapons for spirit stores. These stones usually are found in hidden chests in a level. There are quite a few of them around. So don’t feel like you should not upgrade a weapon. A weapon can only be upgraded 3 times. Once you upgraded it to max, you cannot upgrade it any further.

In the game is a shortcut bar where you can put items by selecting them. Then, you can switch between them using the “F1-F5” keys on your keyboard. This is great to put items there when in the middle of a boss fight and you need to heal. BE WARY as you can only put 1 potion and 1 high potion in one spot each. This limits how many times you can heal with them during a fight. You could also put cooking items in there to heal, as most have a healing effect on the character.

At this writing of this guide..this game does not support full screen. It only supports windowed mode. This may or may not change if the game gets patched in the future.

There are many other activities in this game you can do. You can cook at your house, and craft upstairs in same house. You can also Befriend people, which changes the end of the story. There is also one major side quest where you hunt down hamster monsters. One other thing is the Gainsborough cats. I looked online for guides for them, but i have yet to find them all. There are 5 in total, but i only found 4 so far.

Every level features hidden chests also. You can actually found out how many you found with the old man at the mine on the right side of it. He mentions how many chests so far you found.

Let’s start out with side quest cooking. Basically, you can cook in your house. There are a couple ways to get ingredients to cook. First, you can buy some at the villages. Once you cooked enough recipe’s, more ingredients will open for your character. This includes even a field to grow veggies in.

After you cook a meal, or a item, you can use it then two different ways. You can use it for healing for your characters, or you can give it to a character to raise their friend bar. Each character has their own likes/dislikes for certain foods. Since i don’t wish to spoil the game since it is pretty new on steam, I will not write a list about who likes what.

Each friend has their likes and dislikes. I wish not to write a list about this since this is not a in-depth guide on the subject. Talking in general to a friend can also cause the friend bar to fluctuate alot..sometimes very little sometimes alot..

Just like cooking, crafting is done in your house. The materials usually for them are found at stores, with some exceptions. When you get friends bars high enough, they also give you very rare crafting items. Also, by using certain stores and friending the right people, you can open up very rare crafting ingredients in stores. Crafting also allows you to give gifts to others just like cooking. Each person has their own likes and dislikes per crafted item. 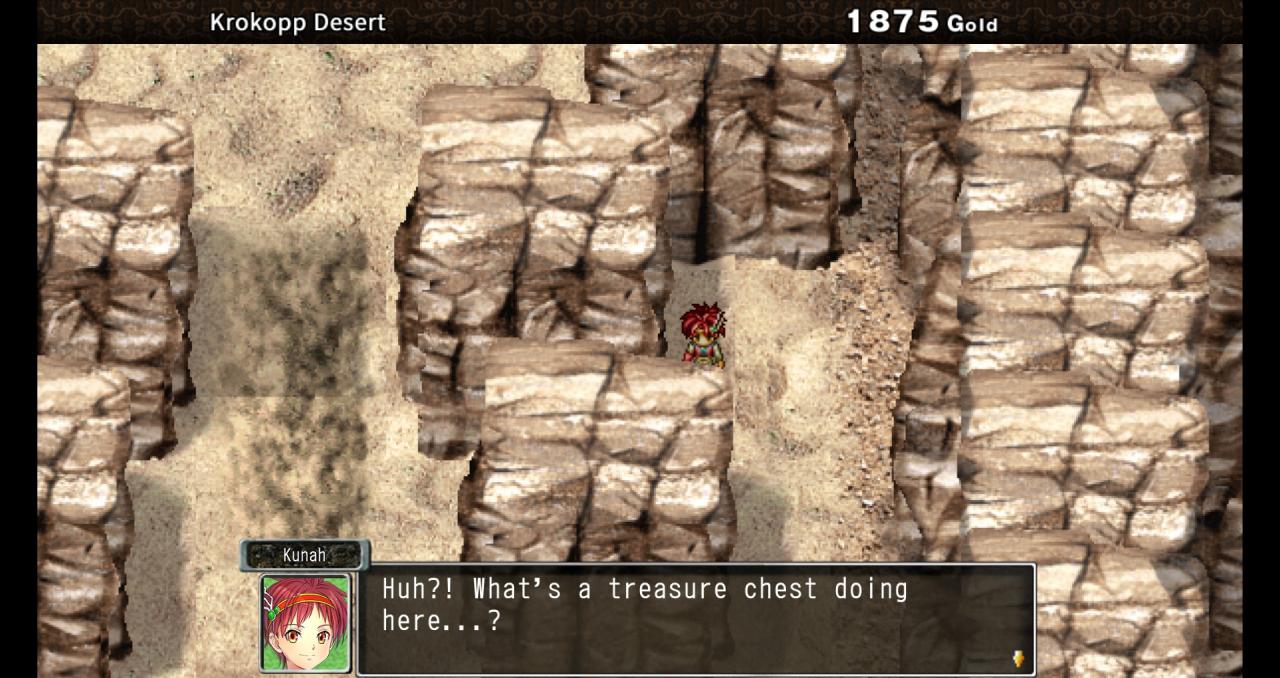 Each level features at least 2 hidden chests..or even more. I did not personally count, but you can usually find them behind walls. There are also hidden rooms full of treasures on some levels. Spirit Stones are not as hard to find if you find the ones hidden in the chests around levels. 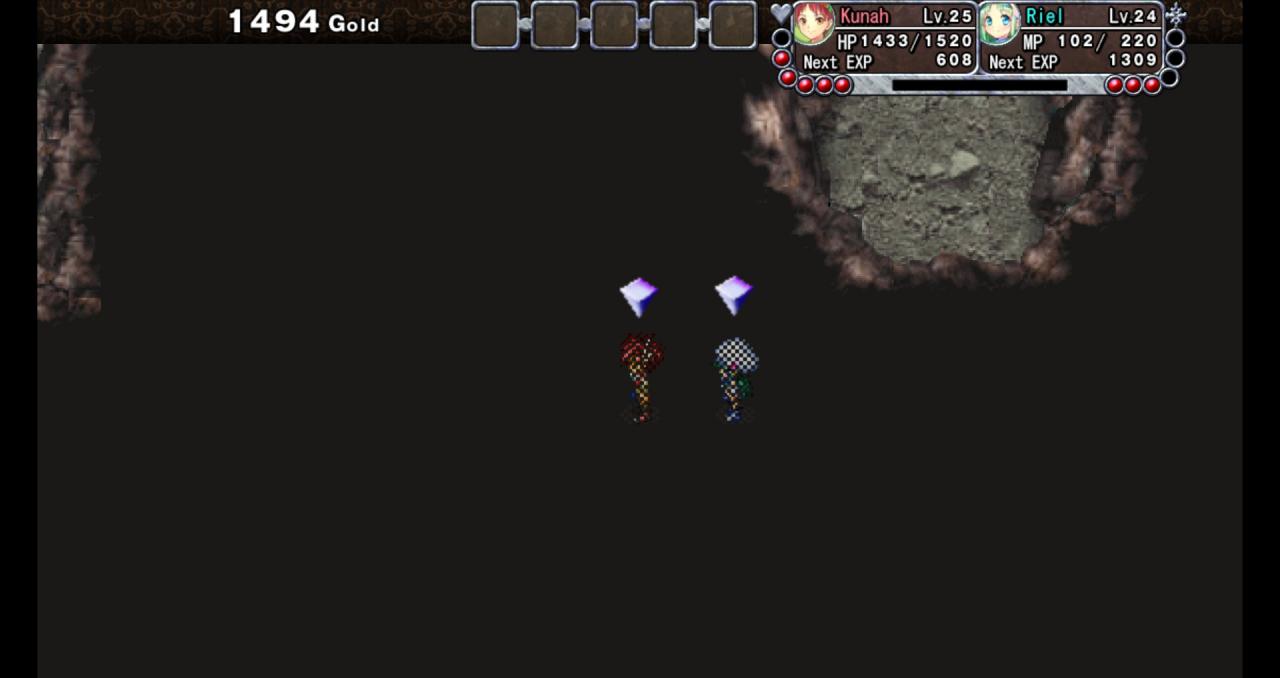 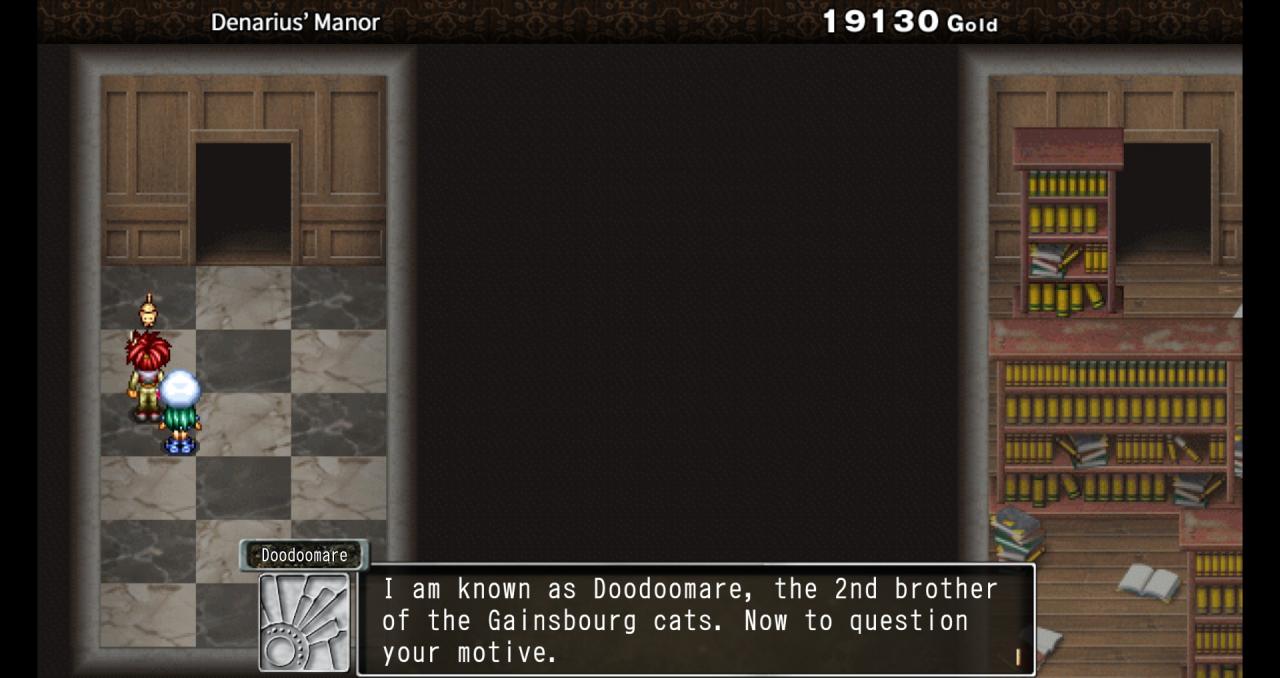 Seems almost every level also features a hidden area. In these you can find items, side quests things, or even a Gainsburg cat. These cats are quite hard to find, and even i did not find any outside literature on them. I will post some images on here to show where i found them..generally. I still will not write specific where i found them, but you could probably find out from the images.
NOTE: There are 5 Gainsburg cats. I only found 4 so far.

ONE MORE NOTE: The old man to the right of the mine on the first dungeon tells you how many hidden chests you found. I do not know if he does anything else, but at least you can kinda keep track when you talk to him about it. 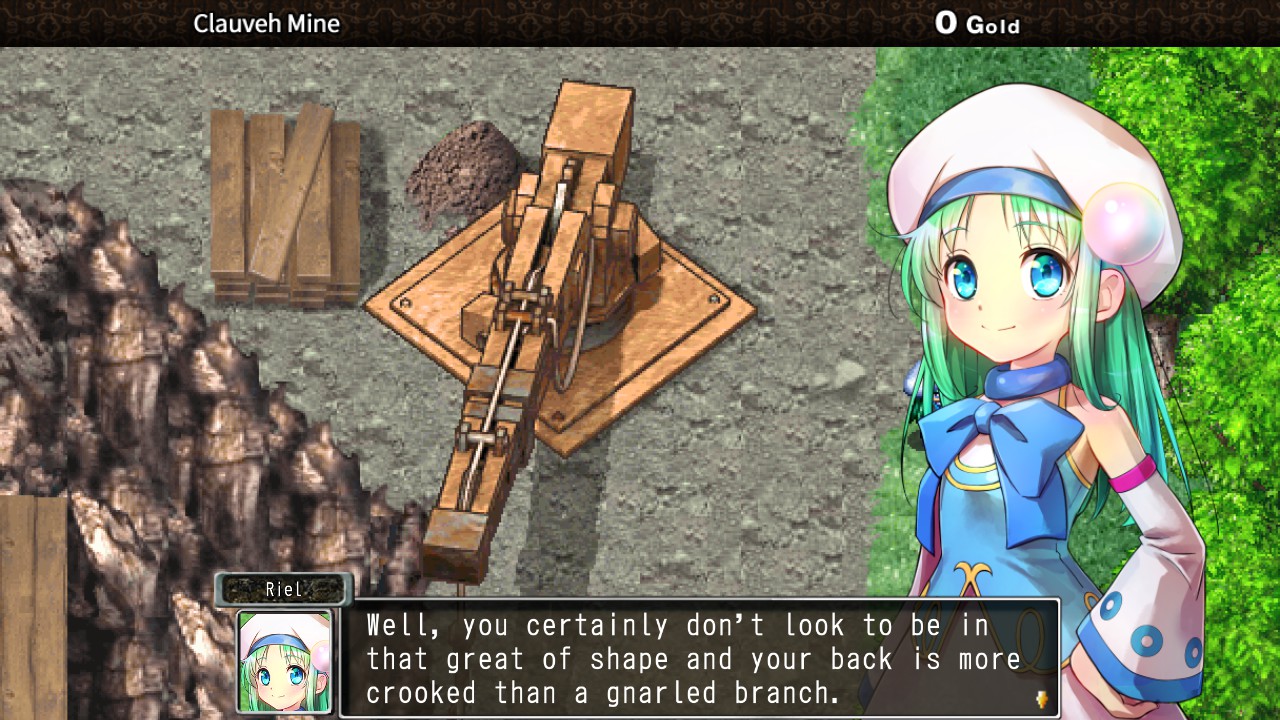 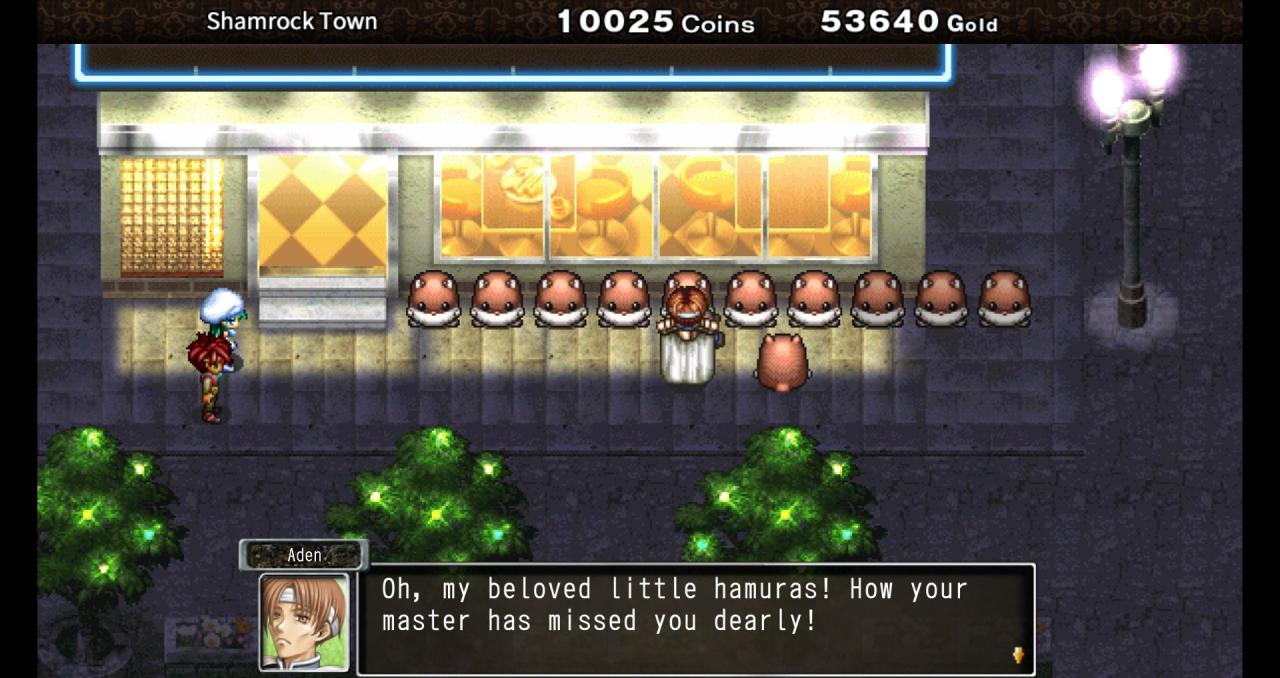 The one big sidequest there is in the game is from the Hamura Quest. Basically, a NPC asks you to find all 10 of his run off hamura’s. To me, there giant hamsters. So that is why i call this quest the hamster quest. They are hidden lterally in every level. Some are out in plain sight, so you have to check something, like a bookshelf, a wardrobe, etc. For each one you get back, you get a item. This quest is not hard to do, but finding them all can be somewhat challenging. 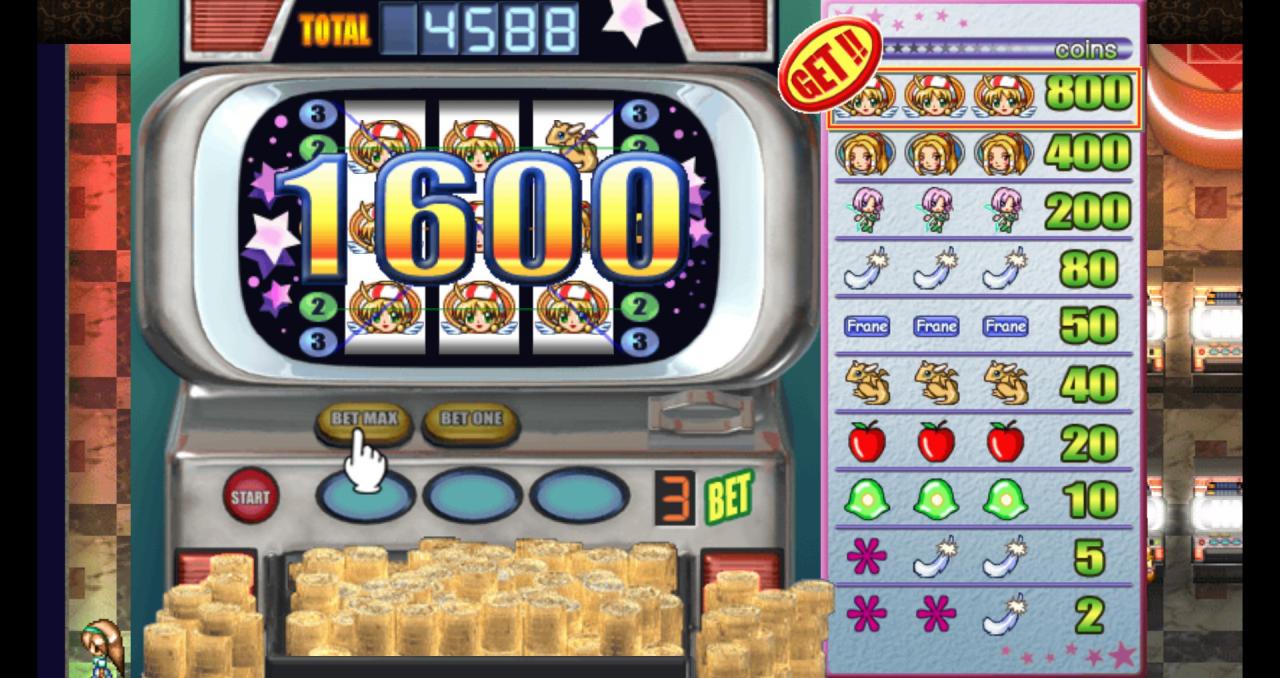 The casino only features slot machines..no other mini games. You will notice that there is voice acting in japanese on the machines when a special event happens on one.

Also there is a quest here that involves a cat. A woman standing in front of a item shop gives it to you. I have no idea if turning in the cat makes the woman move out of the way of the shop or not..

NOTE: The only good prize i think is the exp ring one. The healing one you can get as a reward someplace else, just as the suppression one too.