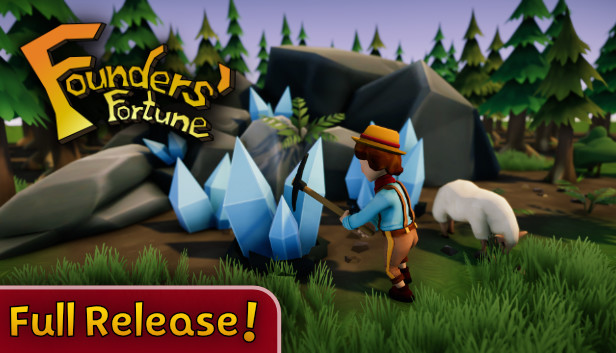 For Founders’ Fortune players, this is a list of villager expectations that need to be met in order to advance. Mostly useful for town planning with homes. Hopefully this helps new players.

I was not keeping track of how many villagers prompted each level, but I do know that:

A Life Satisfaction level is gained each time the wish bar reaches full. The current Satisfaction level is shown in the blue bubble to the right of the experience bar. It is NOT the amount of reward points the character has available, but is instead the accumulation of all the reward points the character has earned so far.
READ:  Founders' Fortune Make a Ghost Join Your Village

I haven’t really been paying attention to this, because I/they tend to accomplish it naturally – it never has really been a big deal.

All I can offer you, is

All my other villagers surpass their requirements so I cannot say for certain what they need. Wishes aren’t that complicated to achieve. As their level rises and your village is at a point where they have their generic wishes already met, a lot of their wishes will be to advance a skill point, worth 100 points. They should already be set to work to what you want, and so will achieve this naturally.

Social measures the amount of good relationships a villager has. The only time this is an issue for me is when a new villager joins late in game, and you have to *gasp* manually make them interact with other villagers. They tend to generically interact with each other and form relationships over time, so you will rarely need to intervene.

This really hasn’t been an issue for me, so I haven’t been keeping track.

Skill level refers to their highest level in their main profession, and is not an accumulation of all skill points earned throughout. The only time this is an issue is when you bring in a new colonist that is unskilled, in which case they only need to achieve one level in anything to make the bar green.

Again, this has never been enough of an issue for me to pay attention to, as the requirements tend to naturally align with generic gameplay.

I assume this reaches 100 coins per day in higher levels