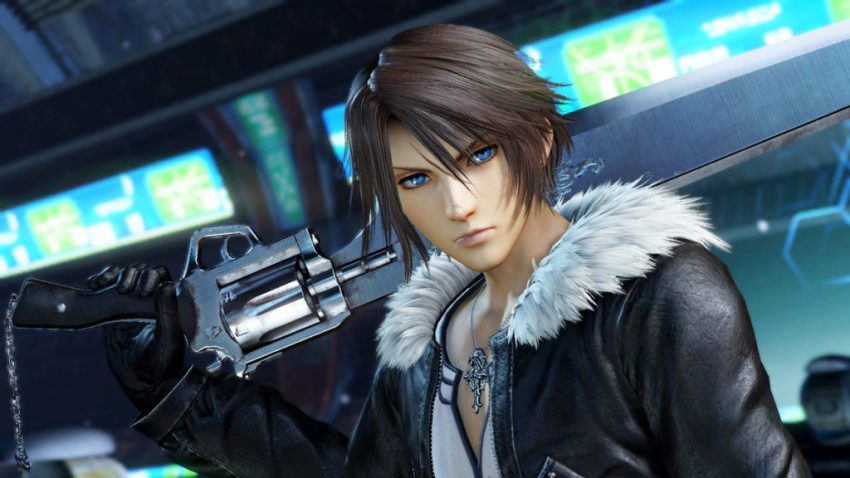 FINAL FANTASY VIII – REMASTERED is a remaster of FINAL FANTASY VIII, featuring multiple enhancements including additional options to customise your gameplay experience and difficulty.A lot of achievements from the original Steam release were removed from this version. This includes “Contrived Finish – Finish the game with Squall’s initial level”, “10000 kills – Kill 10000 enemies” and “Collector – Collect all cards”, among many others.

This guide is only limited to the achievements for this version.

All achievements are listed in chronological order and divided in discs to match the original Playstation release.
Achievements you want to start working on from the beginning:

Simply keep drawing all the draw points you see through the game. Some are hidden and will require special skills to see them.

Just like the previous one, but this takes place in battles. Make sure to draw to “Stock” for it to count.

Both should come naturally towards the end. If you’re still missing kills by the end of the game, head to the forest next to Dollet and keep killing enemies in that area. They’re weak enough and always show up in groups of three.

Game boosters hotkeys are the following:

We highly recommend not touching these, unless you already played this game before and only want the achievements the easy way, or if you want to reduce your grind time.
Also, activating “Cheats” such as ‘Obtain all items, abilities, max G.F. levels, max currency, max spells, etc, will DISABLE achievements PERMANENTLY for that playthrough.

Quezacotl and Shiva GFs (Desk) – Not Missable, forced later when you talk to Quistis at the front gate.

Once you’re back at Balamb Garden, head to your room to get changed and progress with the story.

Make sure to junction ‘Draw’ to someone before fighting the boss.

Get your first salary from SeeD

This will come naturally after the training center incident and while walking back to your bedroom.

Use it from inventory (save beforehand) and defeat Diablos to unlock the GF.

Note: You can do this at any point of the game, as long as you have the Magical Lamp in your inventory.

Timber – After the event at the broadcast tower 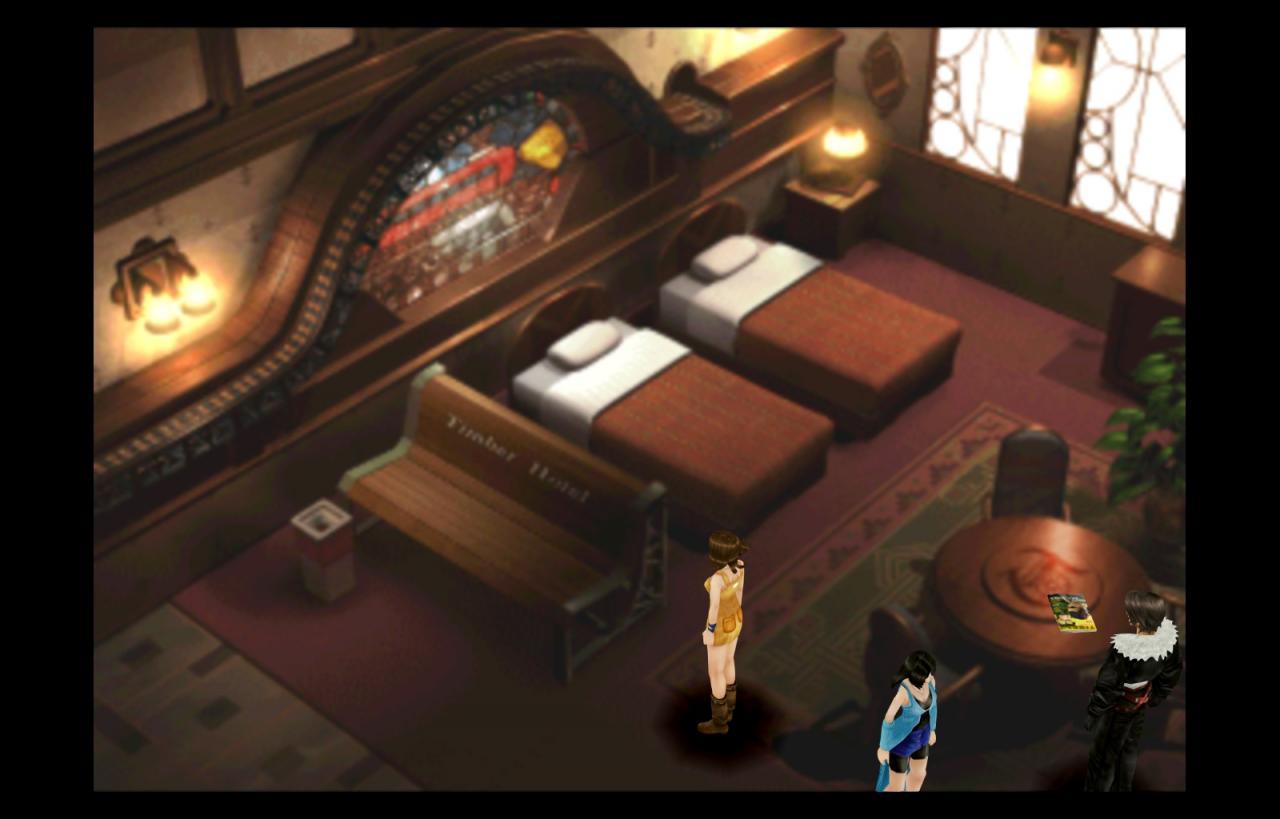 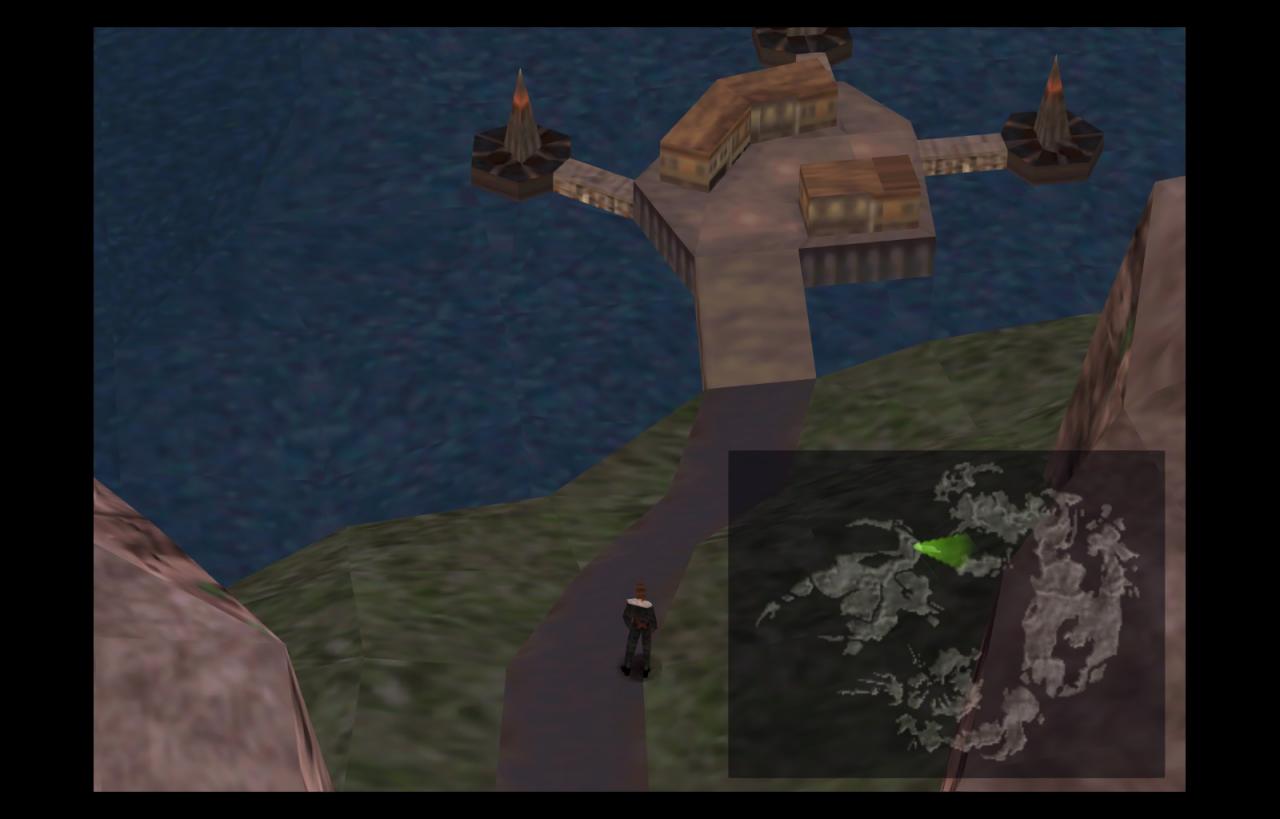 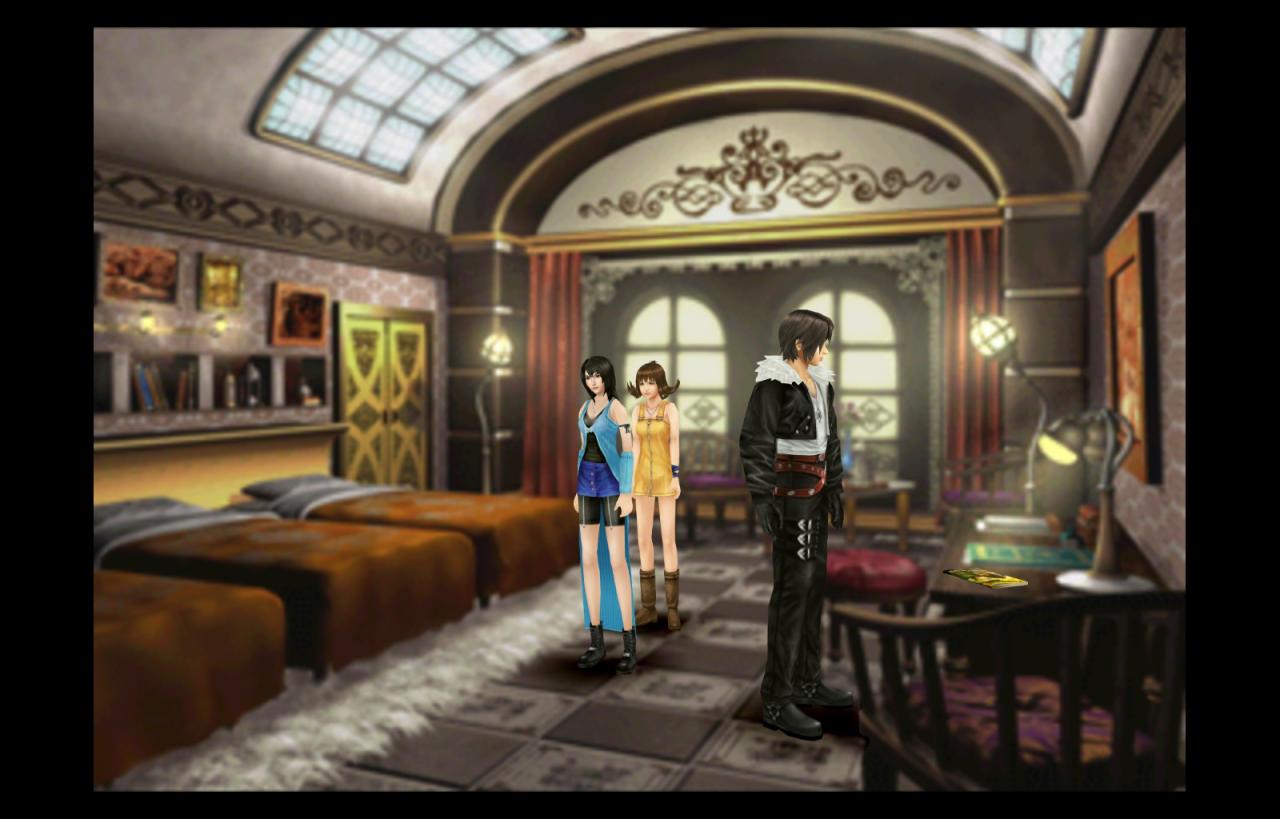 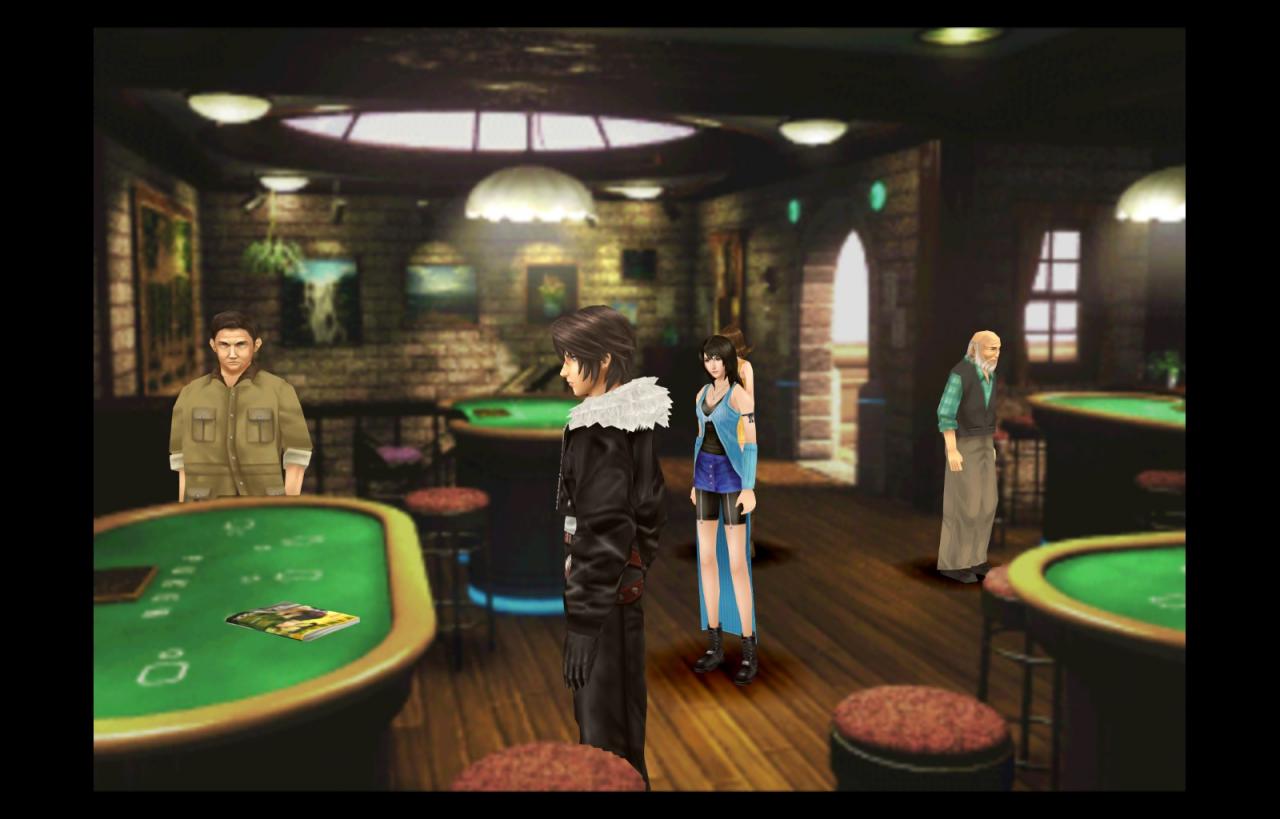 The Tomb of the Unknown King 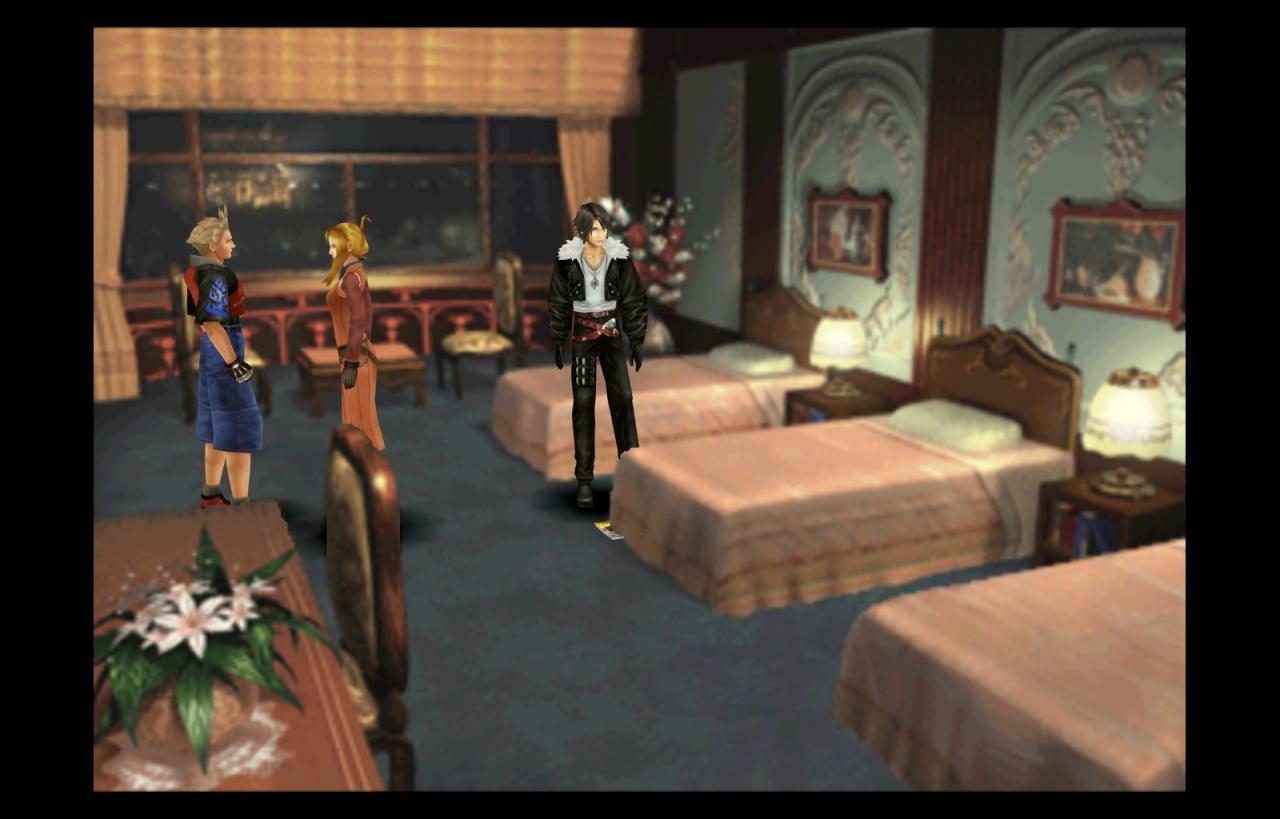 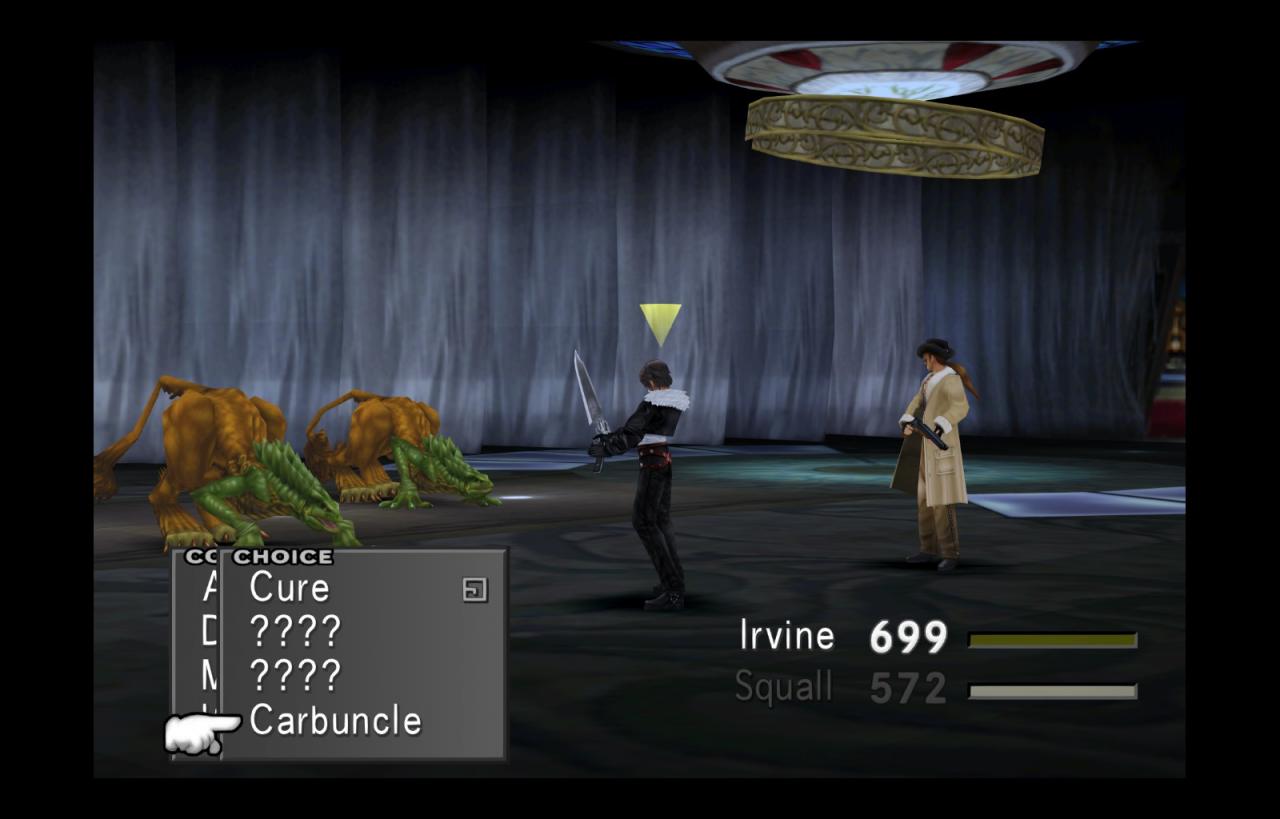 The following achievement will come naturally while doing the sidequest:

This other might come naturally as well, but if it doesn’t, I highly recommend getting it out of your way as soon as possible:

Lose a rare card in a Triple Triad game

And that concludes the first part of the CC group quest.

Defeat every member of the CC group

Location: Found on the northernmost continent. 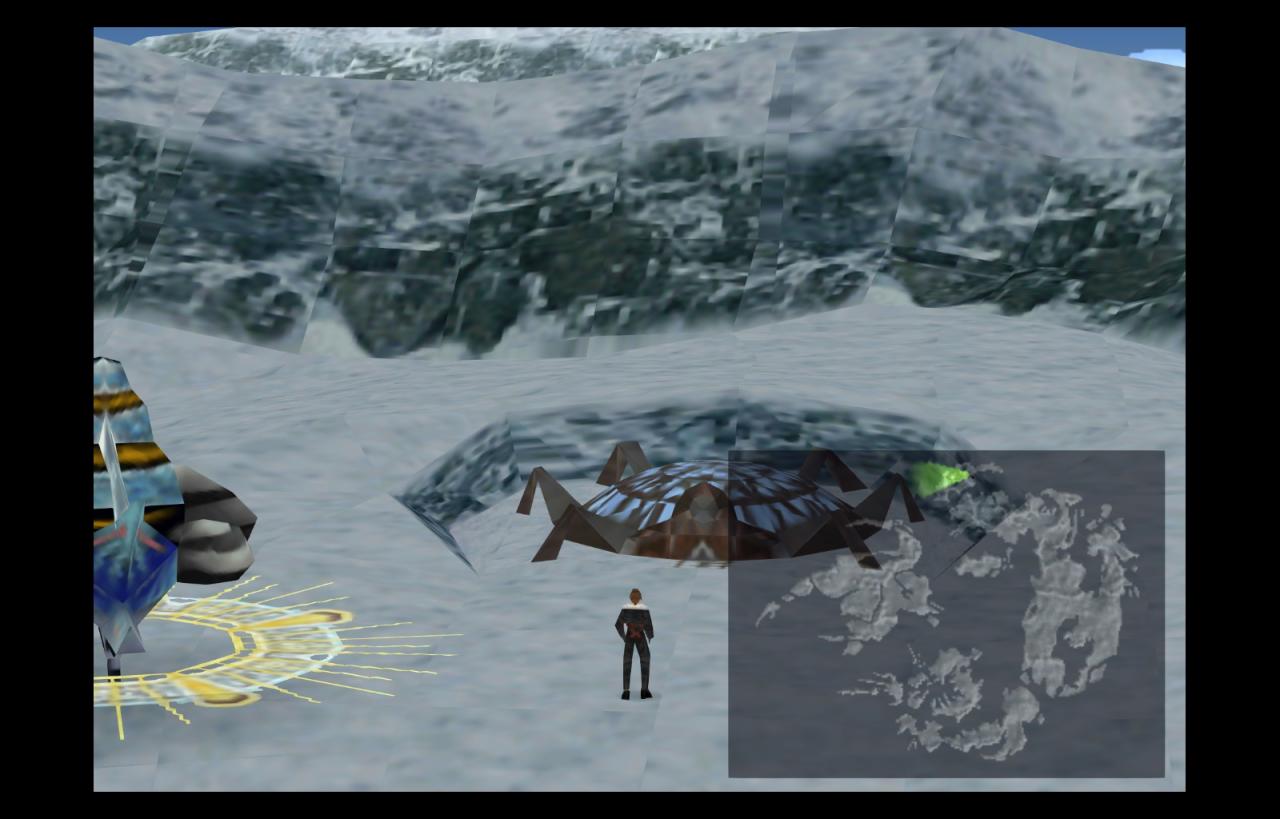 Location: Found on the southern continent. 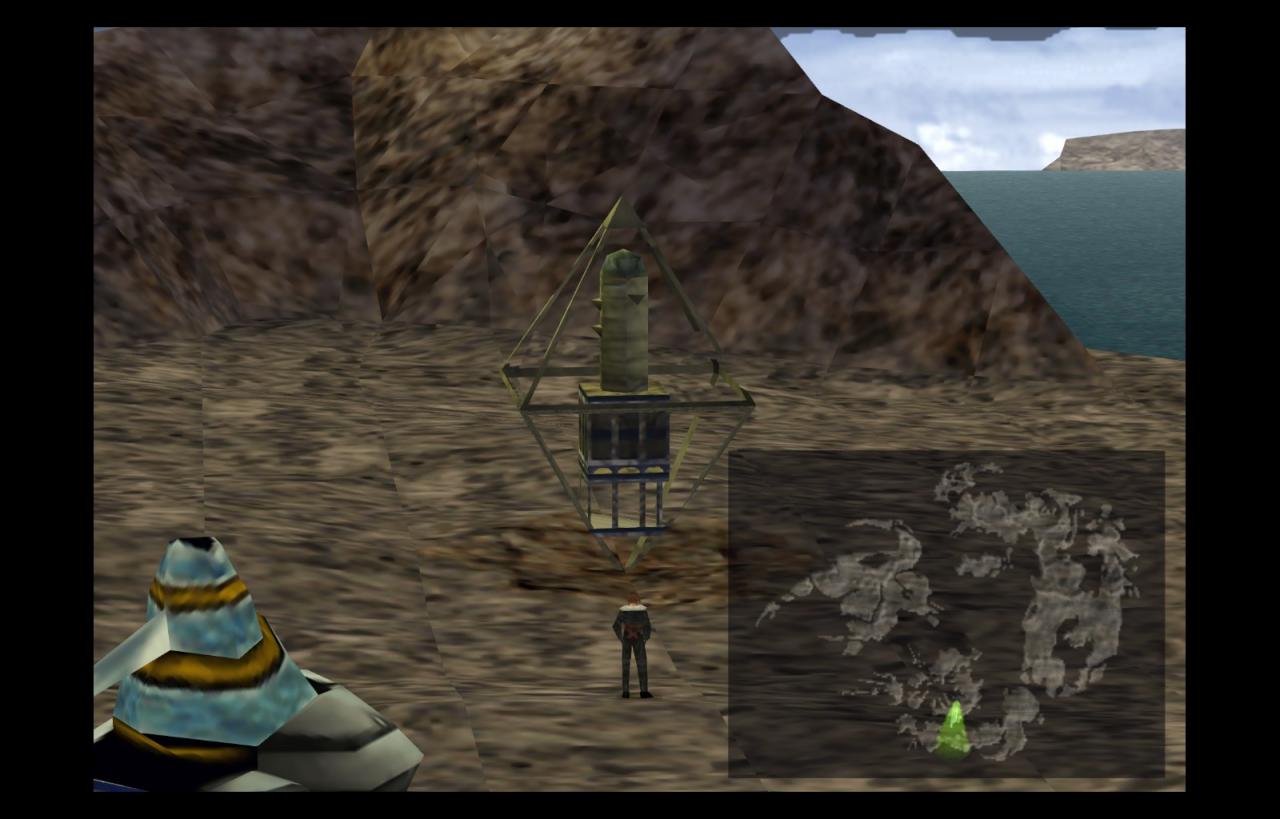 During Fujin and Raijin boss fight 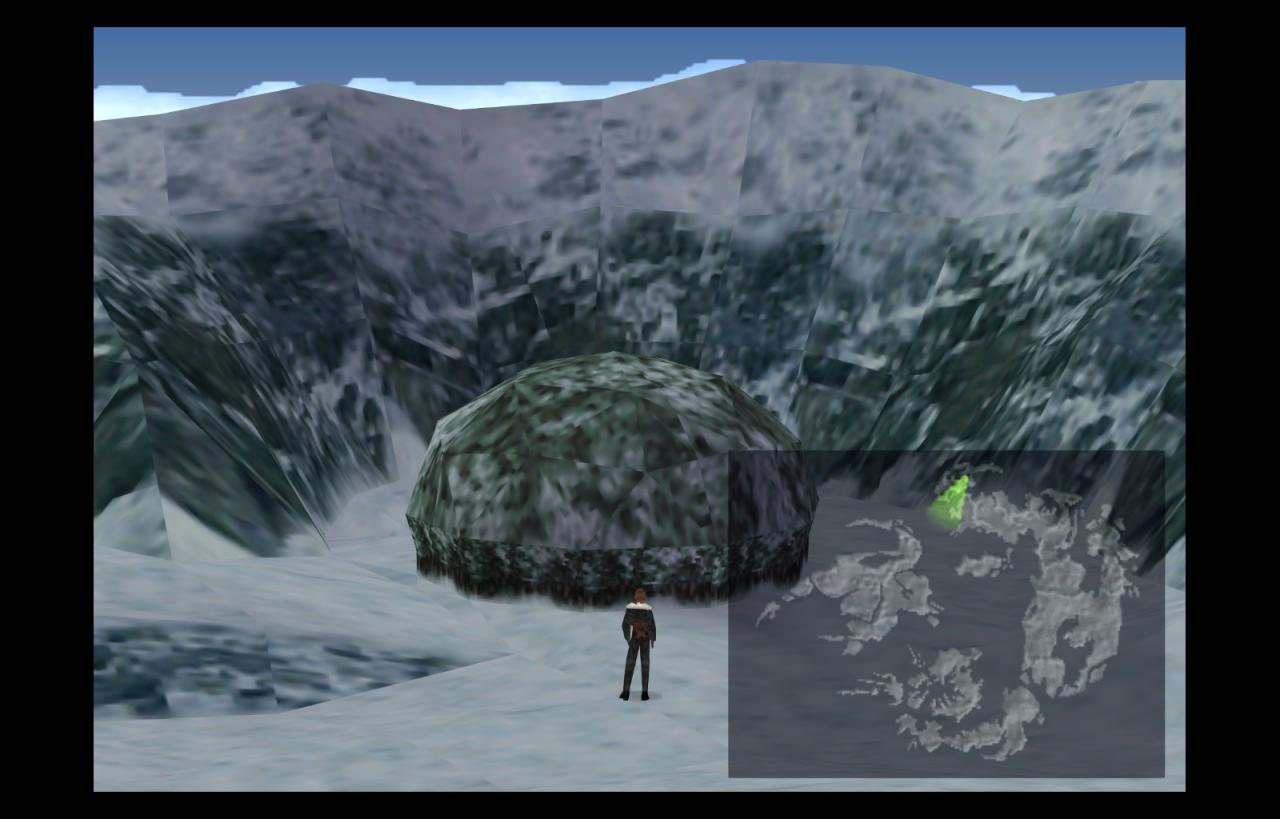 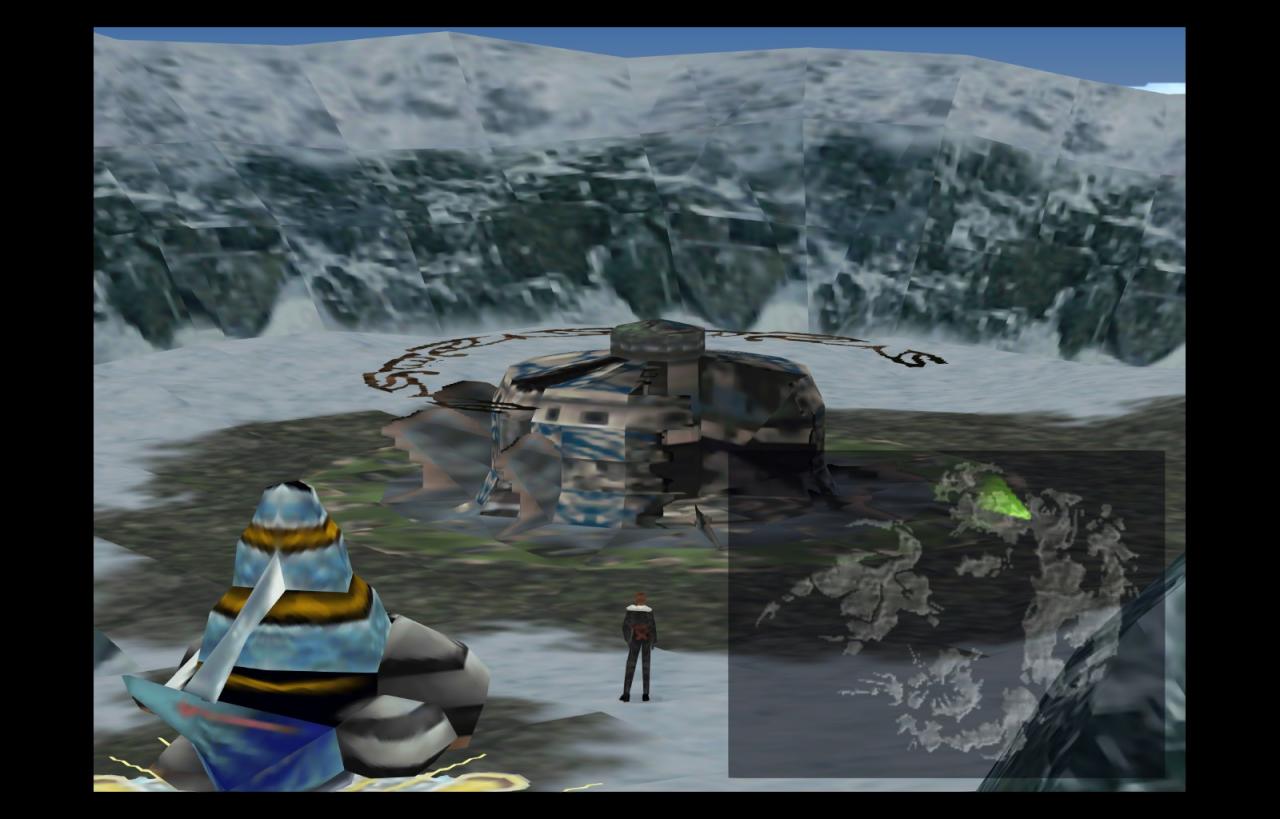 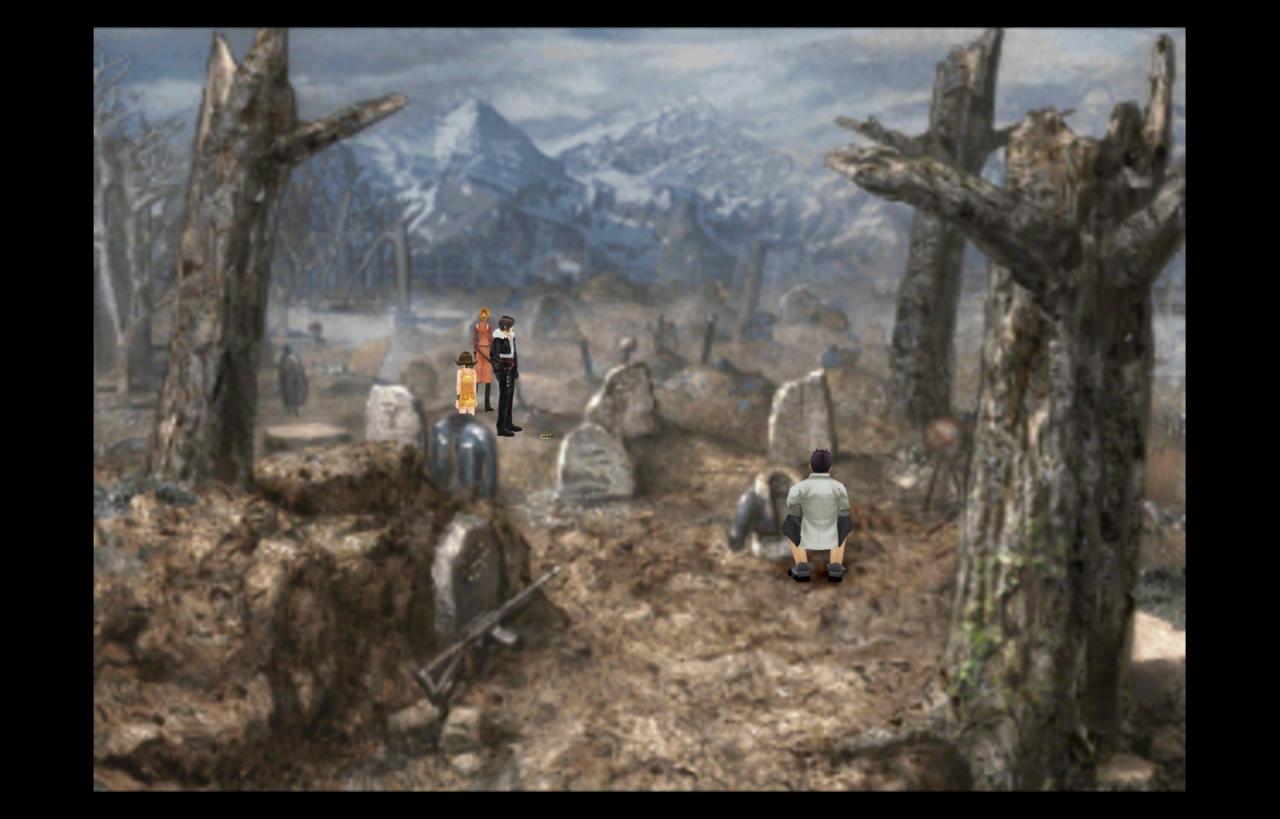 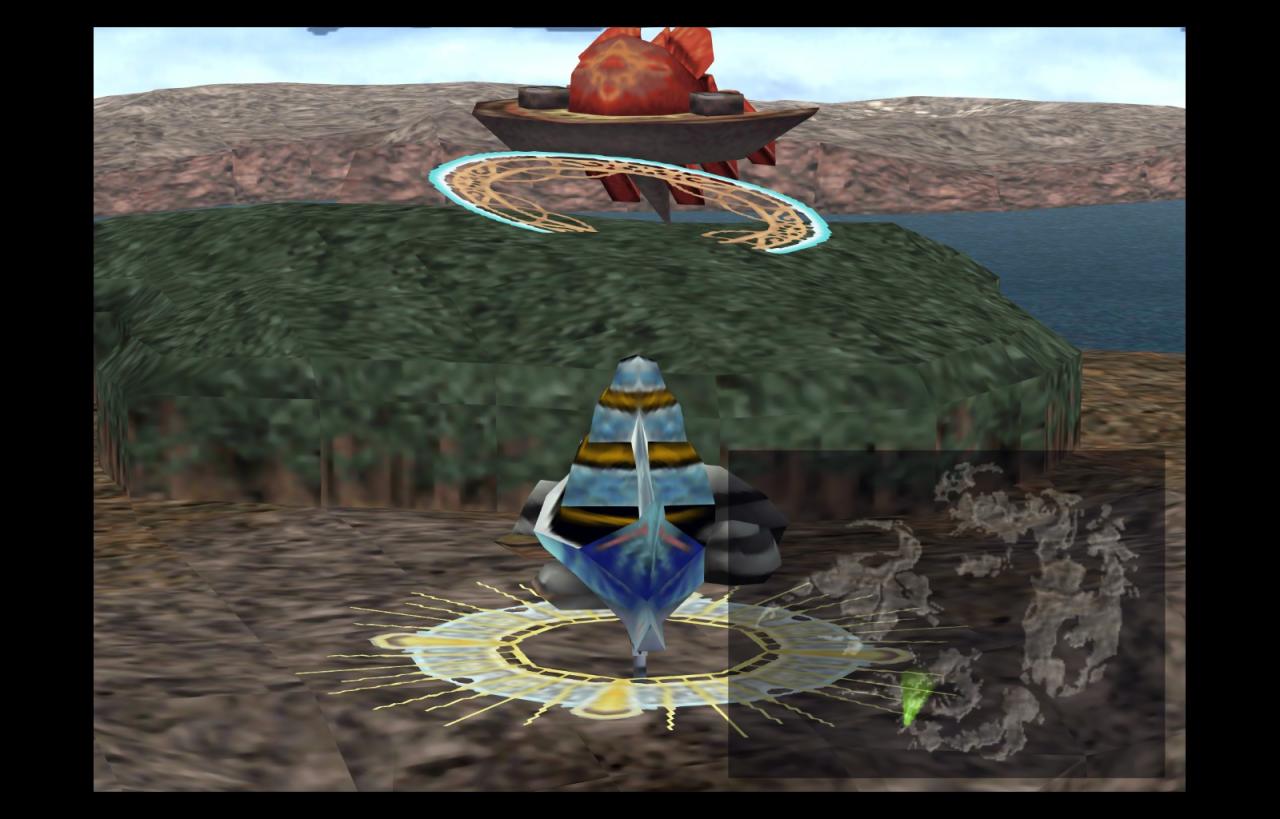 Location: Southernmost continent, near the starting point of disc 3 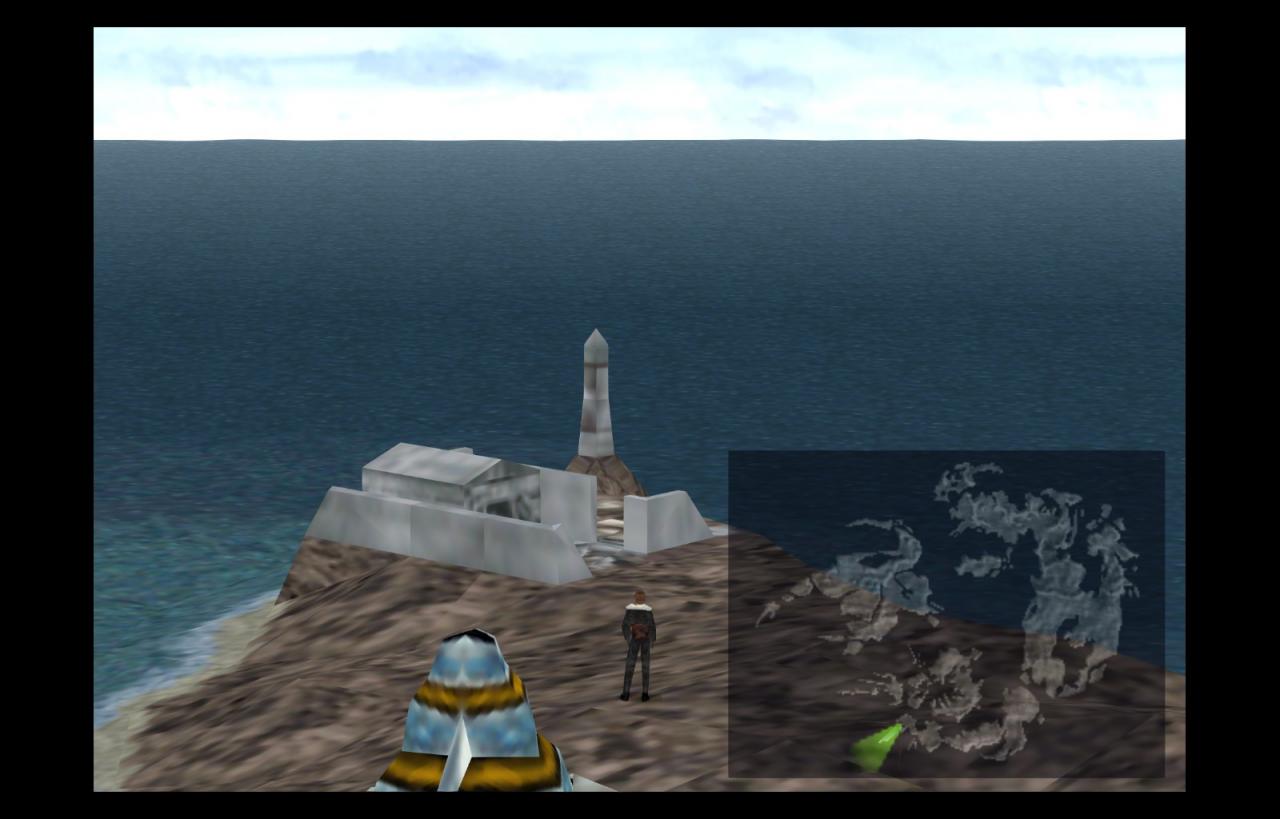 Location: Southern continent, in the middle of the sea surrounded by mountains 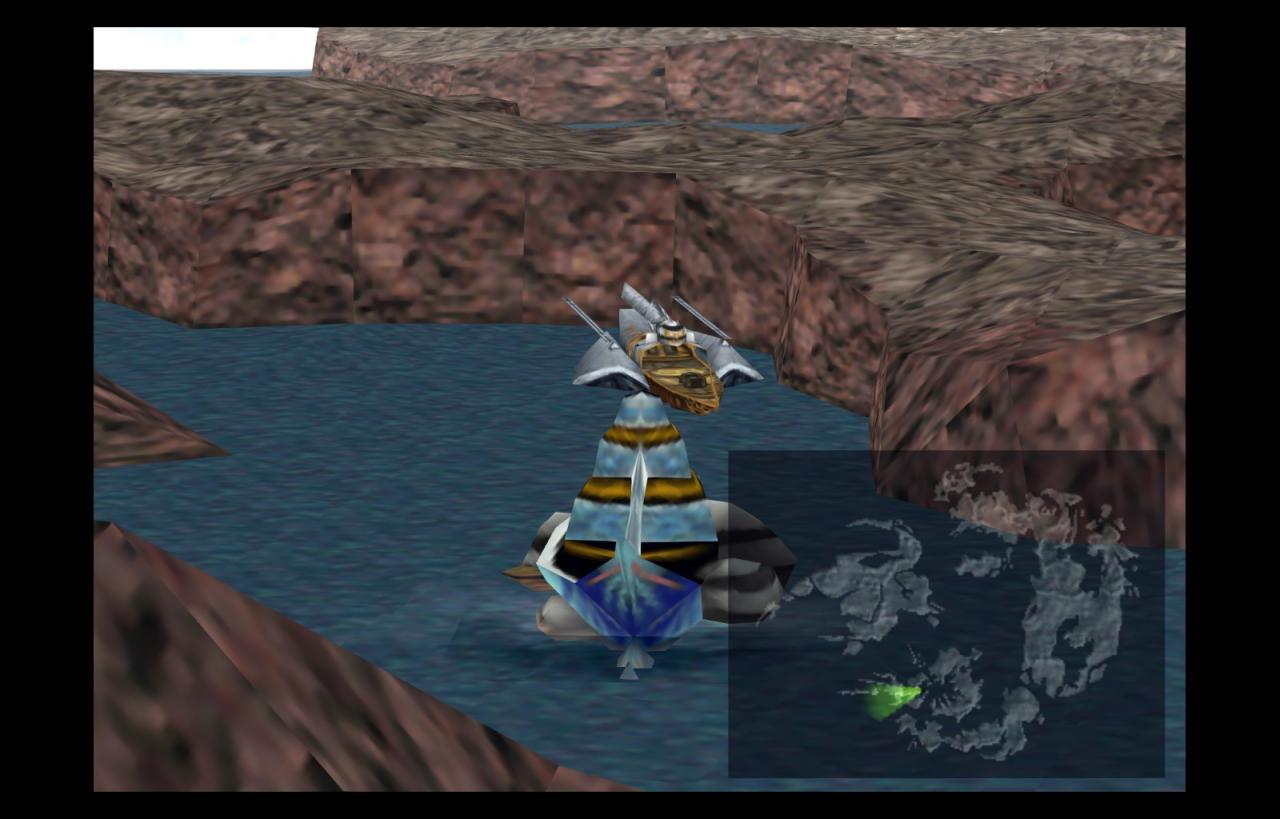 Cactuar GF – After unlocking the Ragnarok

You’ll need to find the following ingredients to build this GF.

Once you’ve collected all the required items: Open your menu, then items and use the Solomon Ring. 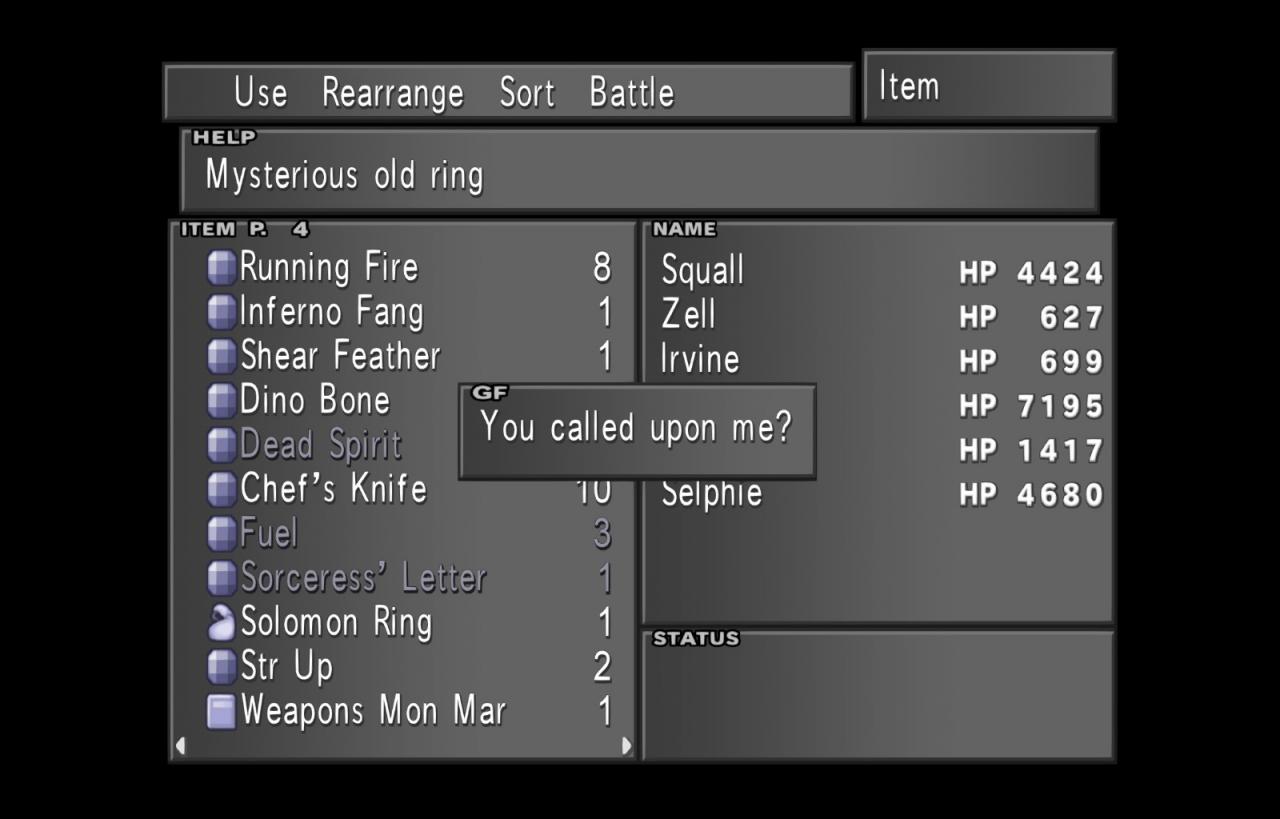 The next dungeon is quite hard, so I highly recommend making the best weapon for Squall before proceeding.
What materials do you need to build the ‘Lion Heart’?

Once you have all, head to any weapon shop and simply ‘Remodel’ your weapon. 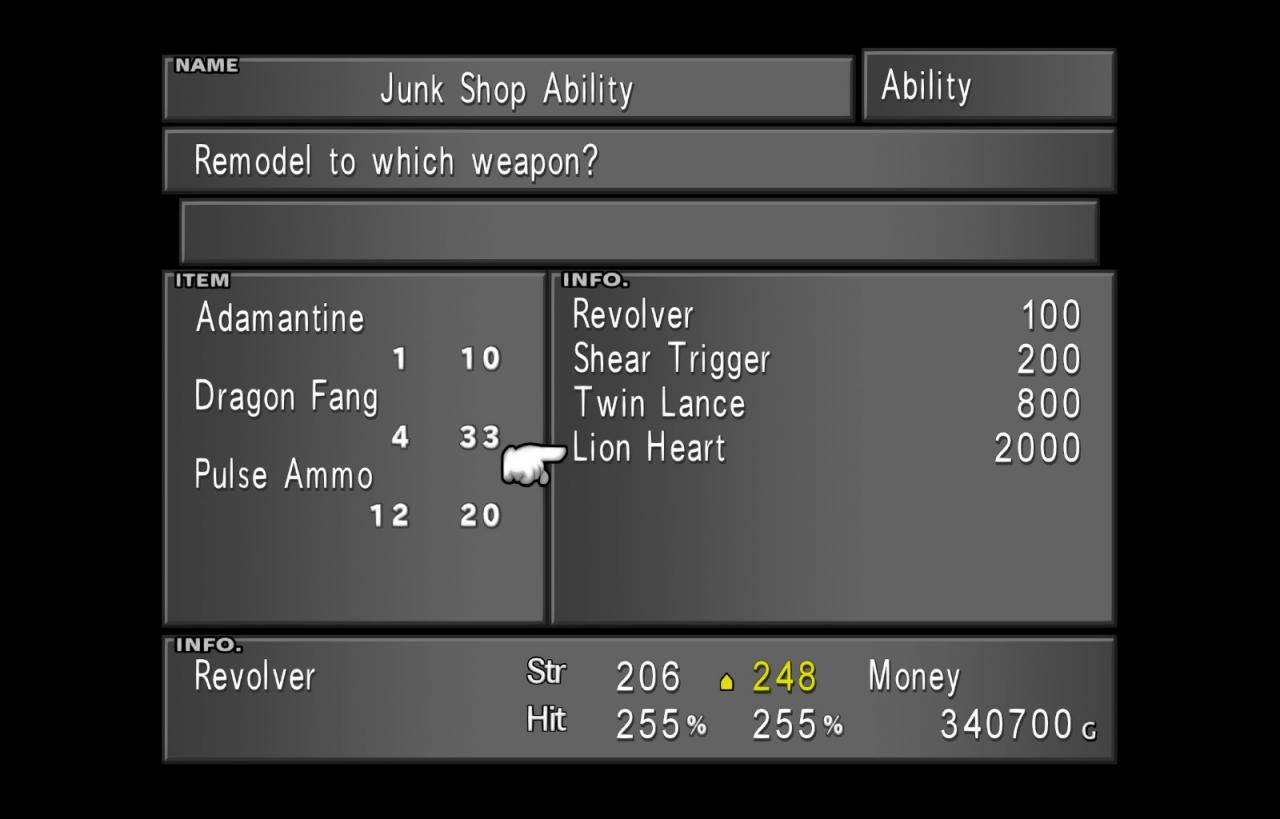 I’m sure that you already upgraded a few weapons, but if you haven’t yet, the following achievement will unlock:

Warning: This dungeon is hard, be aware.
Location: Southwestern corner of the map. 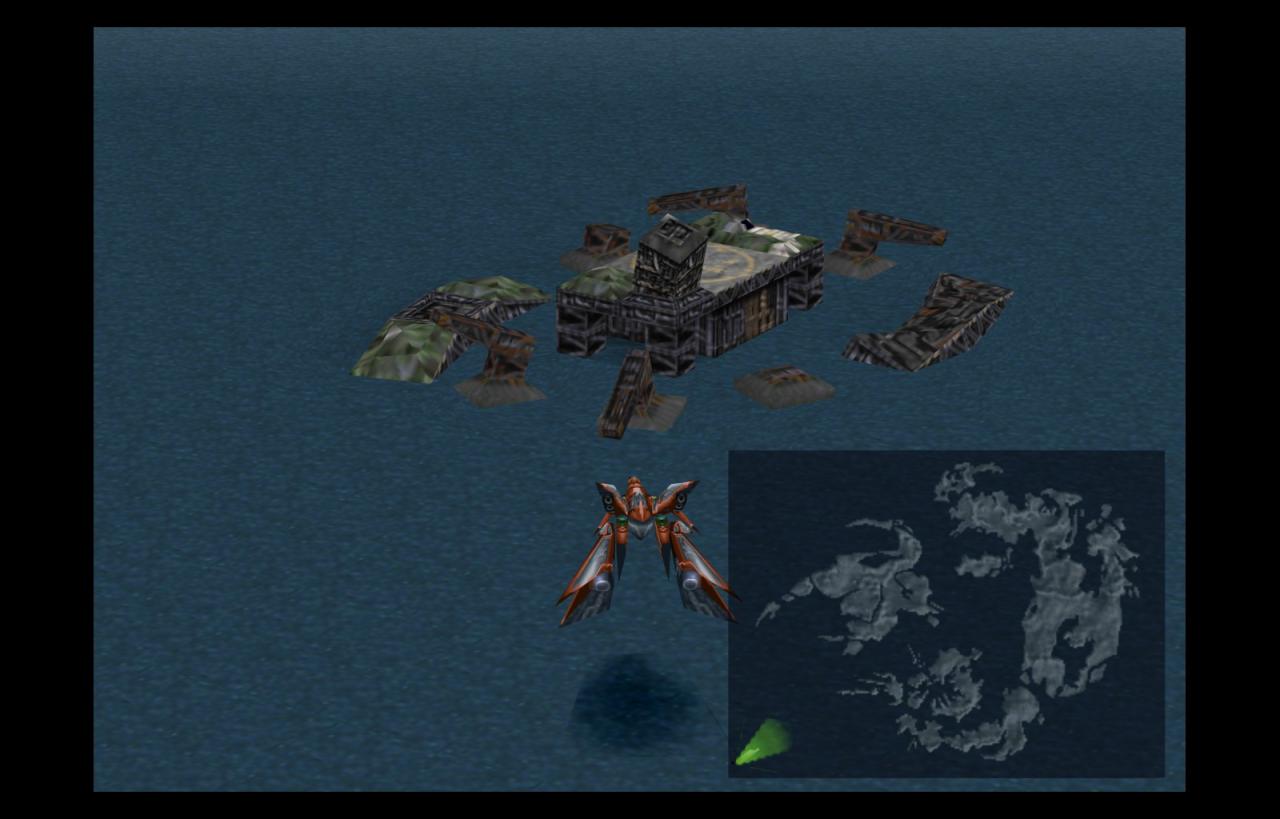 At this point, you should have enough levels (30) to reach the max Seed Rank. Refer to the Seed Ranks section for all correct answers.

The following section is actually NOT required. Ultima Weapon doesn’t have any achievements attached and can be completely skipped. Eden can be also obtained at the final area of the game, so nothing here is actually missable, from an achievement standpoint.

However, if you actually managed to get to this point and draw Eden from Ultima Weapon, the following achievement will pop:

Complete the Obel Lake side quest 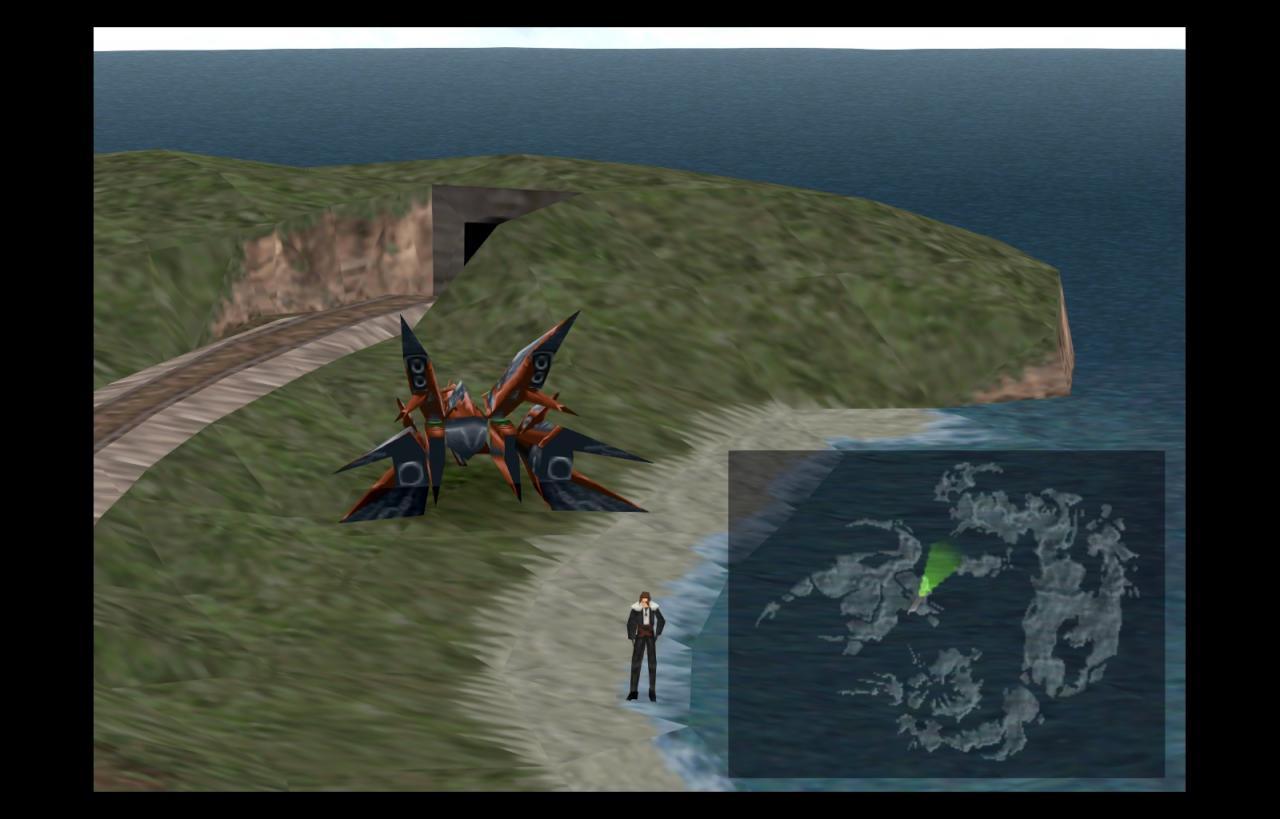 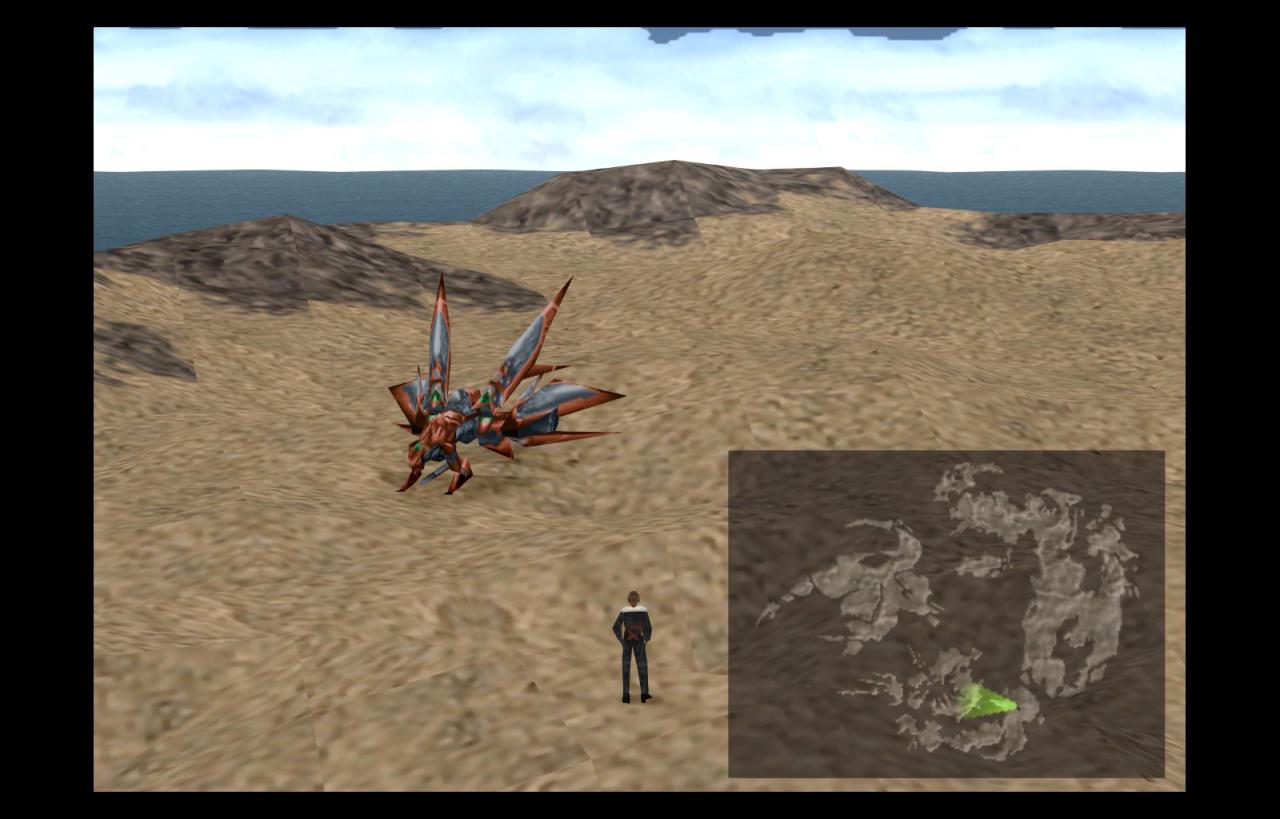 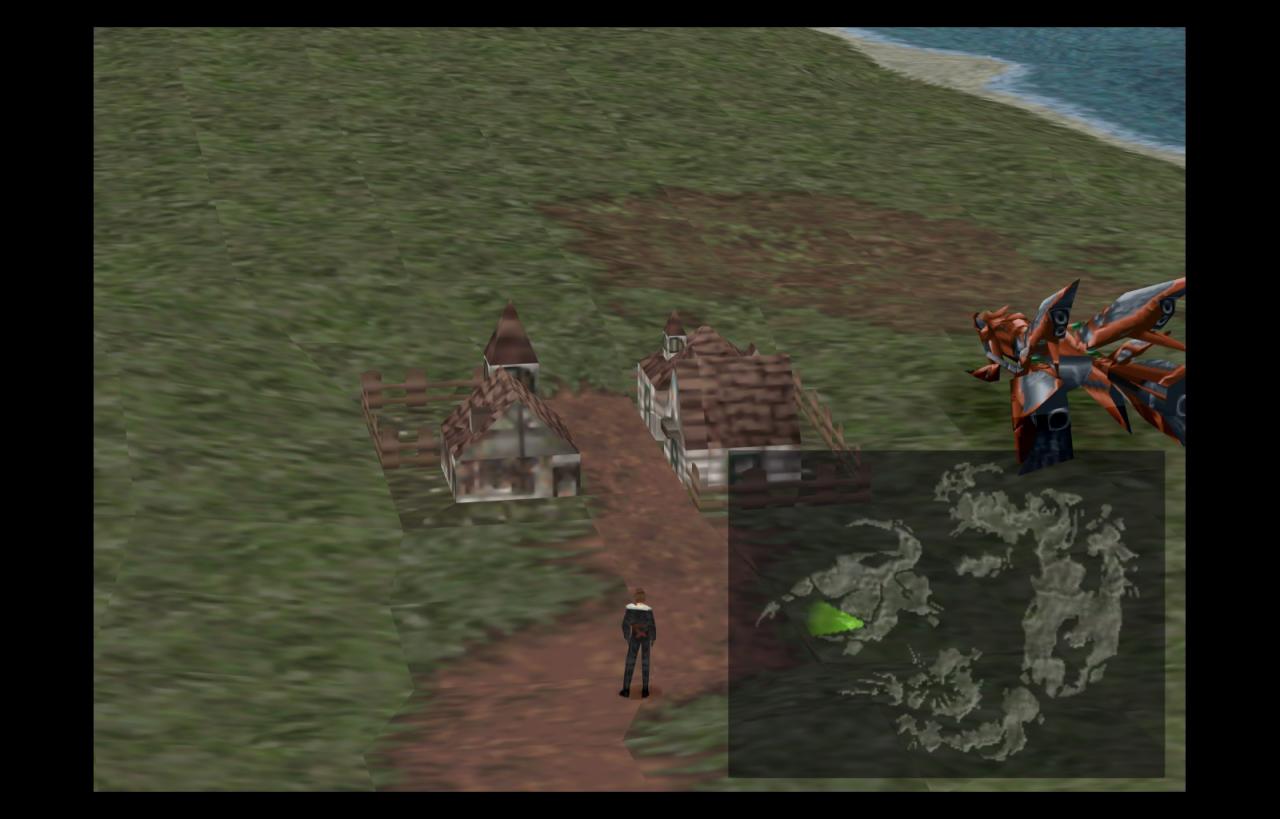 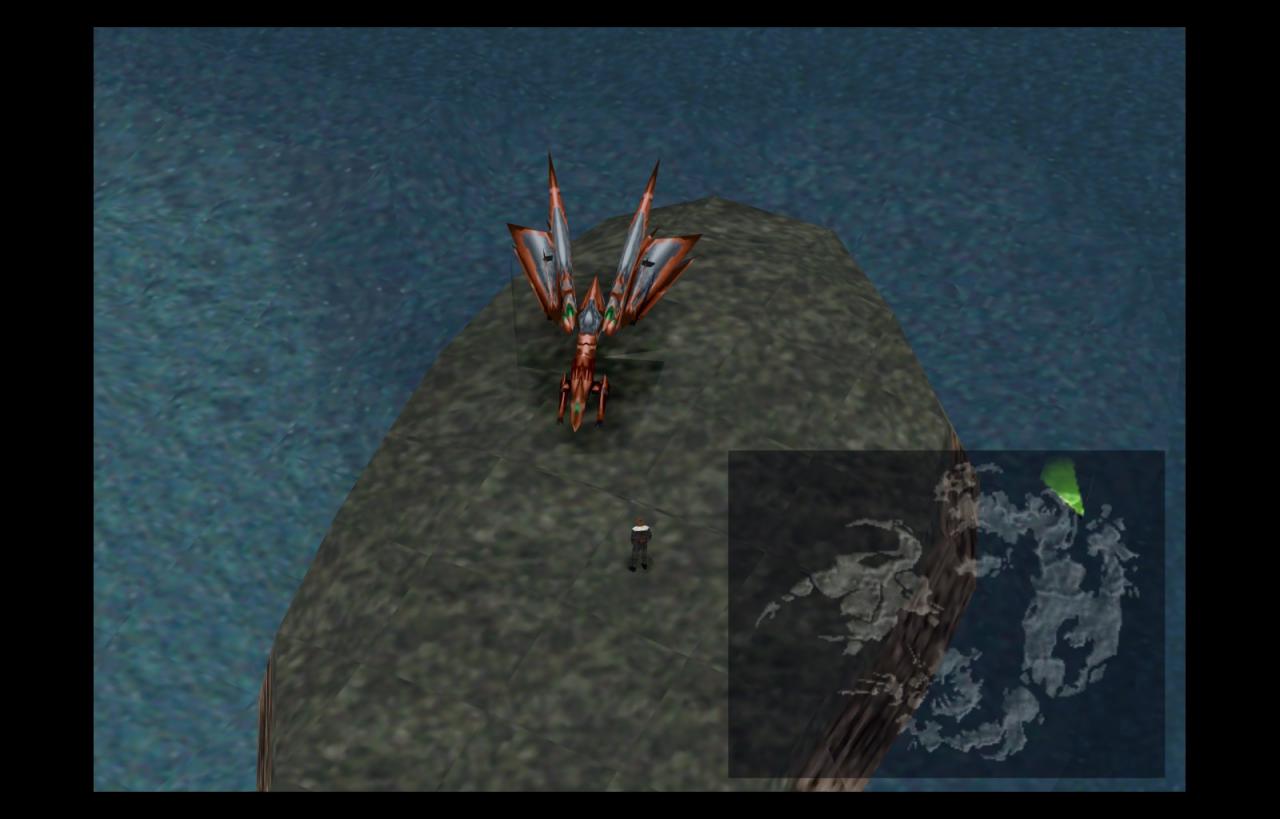 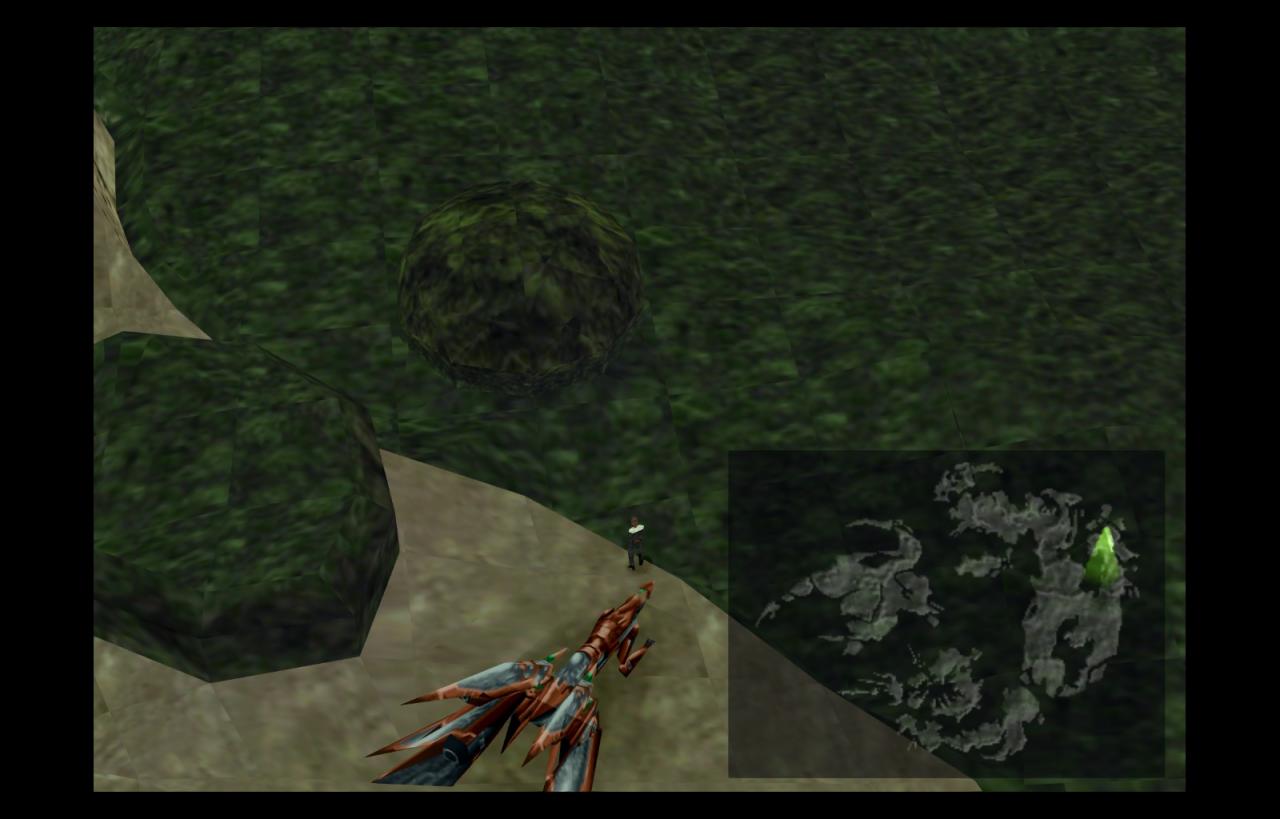 Complete the PuPu side quest

If you are still alive after your confrontation with Omega, congratulations! you’re the greatest SeeD that this planet has ever seen:

I won’t spoil anything about the last boss or the ending, but if you did manage to defeat Omega Weapon, then this should be a piece a of cake.

There’s a perfect location for this. Sadly, it’s only accessible after unlocking the Ragnarok, around halfway of the third disc.

The place is called ‘Island Closest to Hell’. Here all enemies have 50k+ HP and are extremely aggressive. It might sound like a crazy idea to go farm levels and APs in this location, but it’s actually quite an easy task if you abuse of Quistis’ blue-magic ‘Degenerator’.

More info about this ability can be found at the community wiki: https://finalfantasy.fandom.com/wiki/Blue_Magic_(Final_Fantasy_VIII)

Degenerator blue-magic is unlocked by using a ‘Black Hole’ item on Quistis. You can get this item as a drop/mug from Gesper, or by Card Modding a Gesper or Diablos cards.
Gesper shows up at the same location.
Diablos card is a reward for defeating Diablos GF.

See the screenshow below for the exact location: 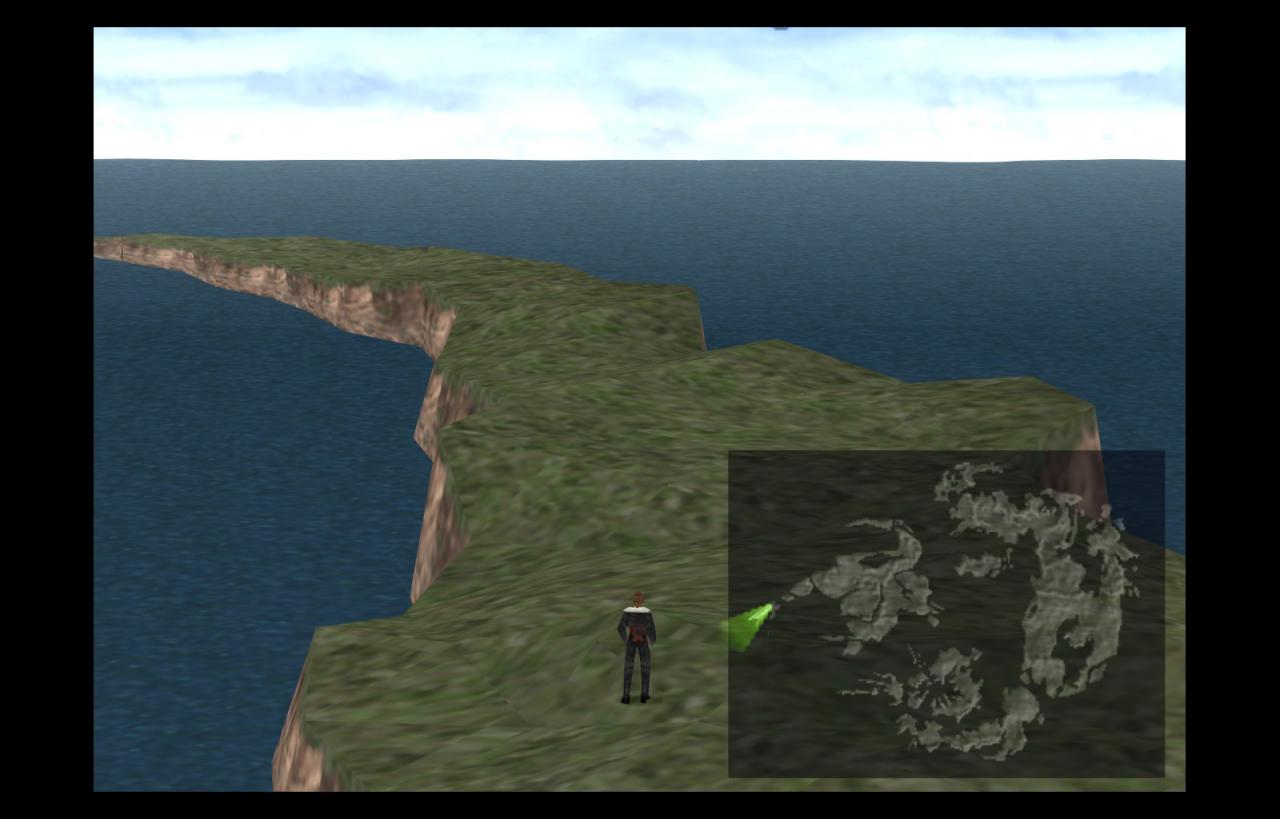 This is one if not the best spot to power level-up all your characters and GFs.
Each battle takes about 20 seconds if Degenerator is used, and awards ~10 AP.
Also, this island is filled with draw points, so draw away if you haven’t unlocked ‘Magic Miner’ achievement by now.

All correct answers will be listed below:

Pretty easy if you max out a character level and use HP+% abilities. Brothers and Diablos GFs have ‘HP+80%’ passive skill that can be also stacked with others of the same kind, eg: HP+40% to reach +120% total.

If you’re still missing kills after getting every other achievement, take the first portal on the chain area before Ultimecia’s Castle and head to this location: 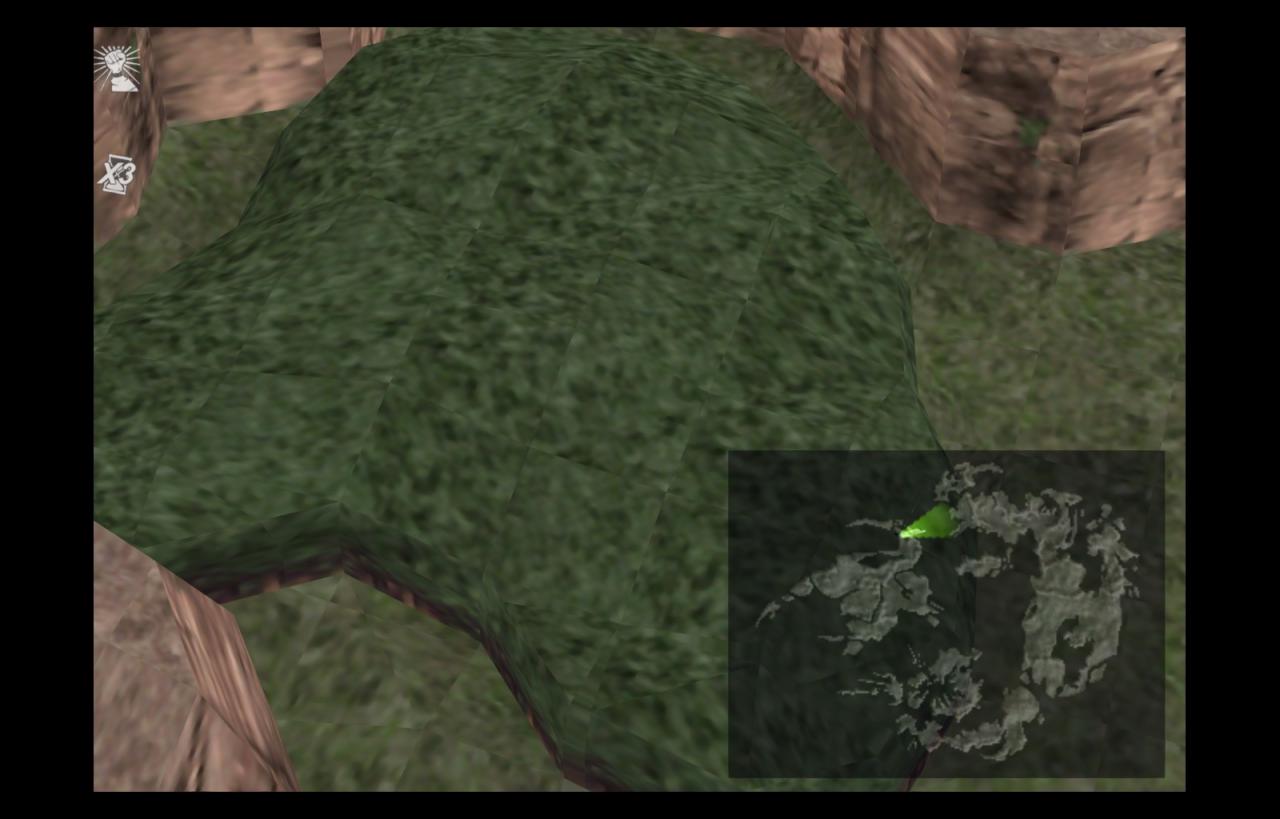 All battles in the forest portion of this area are against a group of three enemies. Battle assist (F1) and Game speed (F3) boosters are recommended.

Written by lylat and Ponkberry