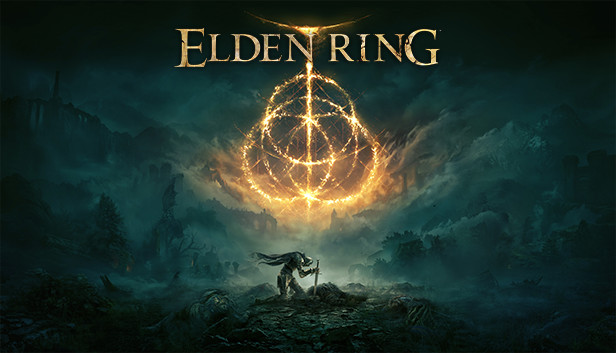 In Elden Ring, invasion is an important part and one of the most rewarding things you can do. Here are some tips from someone with too many hours in DS3/Elden Ring invasions

DISCLAIMER: These tips are meant for new and inexperienced invaders. If you are looking for tips on more specific/advanced strategies such as twinking, a different guide will be better for you.

Invading is possibly the most rewarding thing you can do in Elden Ring. Taking down 3v1s, messing around with the host, and being creative with your invasions are some of the most fun experiences you can have when you know what you’re doing. That being said, it is really hard to be a successful invader, and most people get discouraged and stop trying before they have any fun with it.

I am someone who has spent a lot of time invading and having fun in DS3 and Elden Ring, so I’ve figured out a few things. In this guide, I will be sharing some great tips on how to win more frequently, how to deal with losses, and how to have more fun with your invasions. I hope you learn something, and enjoy!

To have the best chances of winning your invasion, you will need to be able to control the situation as much as possible. These items aren’t required, but they can give you the slight edge you need. (Click on the item name to see the wiki link/how to find them)

1. Don’t get discouraged
Invading is really hard, and when you’re starting out, you’ll die far more often than you’ll win. Take losses in stride – if you’ve wasted the host’s resources (flasks, consumables, etc) and time, you’ve done your job. Remember that you will improve and that it will be very rewarding when you start winning more frequently.
READ:  ELDEN RING Lichdragon Fortissax Guide for Melee

2. Play creatively
In order to win an invasion, you’ll have to work creatively. You will almost always be outnumbered, so you have to treat each fight like a puzzle and figure out how to trick the host into exposing himself. Going in with a brute force strategy will often get you killed.

Some things I do are: 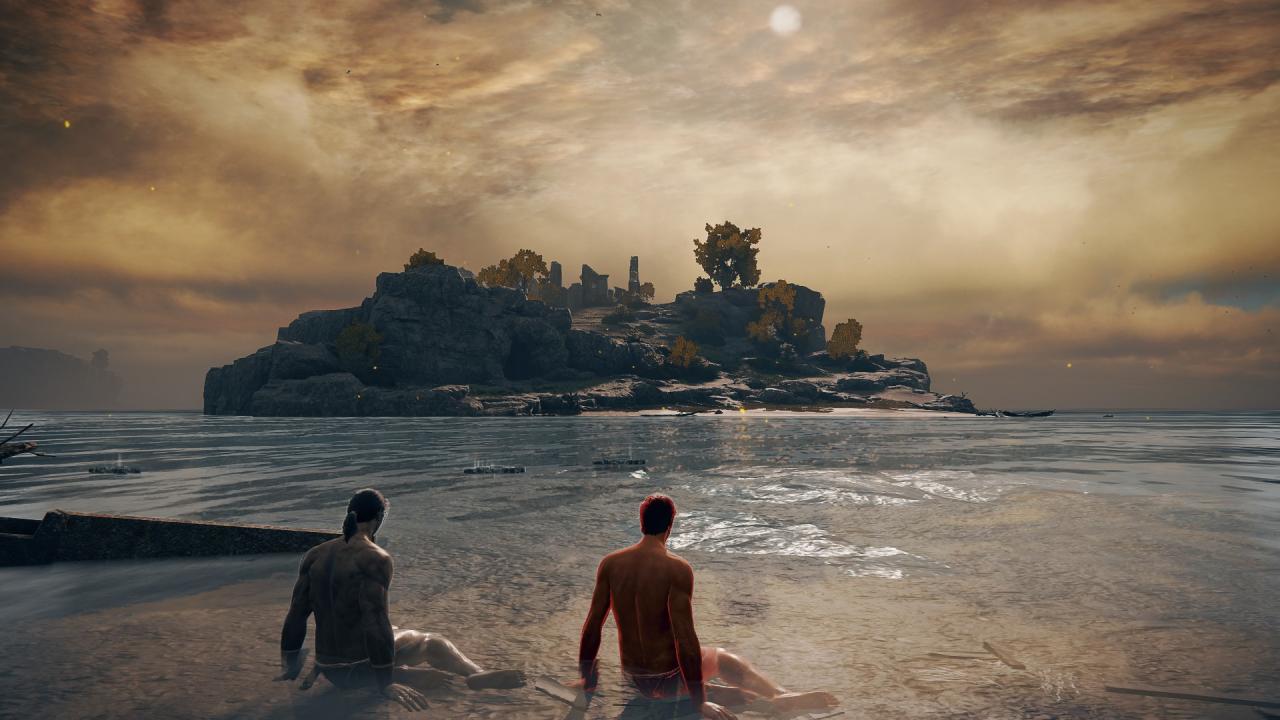 3. Play cheap
Remember, you are at a disadvantage. To even the playing field, use every cheap trick you can come up with.

Some of the best things to do are:

At the beginning of an invasion, you’ll be tasked with locating the host and his friends. This might seem like an impossible task in an open world game, but don’t worry, you can find them easily with the help of the map!
READ:  ELDEN RING How Kill the Tutorial Boss Easily

See the little icon below the compass? That’s the direction you need to go to find the host! Look around to find the icon as soon as you invade; it will always be there unless you’re very close to the host.

If you’re feeling stuck, or if you can’t reach the host for whatever reason, you can use a Phantom Finger to reinvade and spawn in a different location. 3 of them are placed in your quick item slots when you invade.

Once you’ve found your target, the group fight begins. this is the most difficult stage of the invasion. If you have managed to single out the host, try to take him down as fast as possible. Most of the time, however, you’ll be fighting 2 or more people simultaneously. Here are some tips to manage this:

1. Play defensively. Unless you’re really good, you’ll probably die if you try to fight multiple people head on. Instead, run away, roll spam, and wait for them to separate a bit. If one strays too far from the group, that’s your chance to go in for a few hits.
2. Again, play cheap. This has already been covered, but it’s very important. Use the environment, lure in enemies, and be unpredictable.
3. Keep everyone accounted for. Once you have separated someone from the group, make sure you can see his friends in your peripheral view. If they charge a magic attack and you don’t see it, you could lose very quickly. If someone is missing, listen for audio cues to hear footsteps and magic attacks.
4. Don’t get greedy. If you manage to land a few hits, but your opponents are beginning to surround you, retreat. It is better to run and to let your opponent heal than to get hurt. Remember, you have far fewer healing resources than them, so you can’t allow yourself to take unnecessary damage. 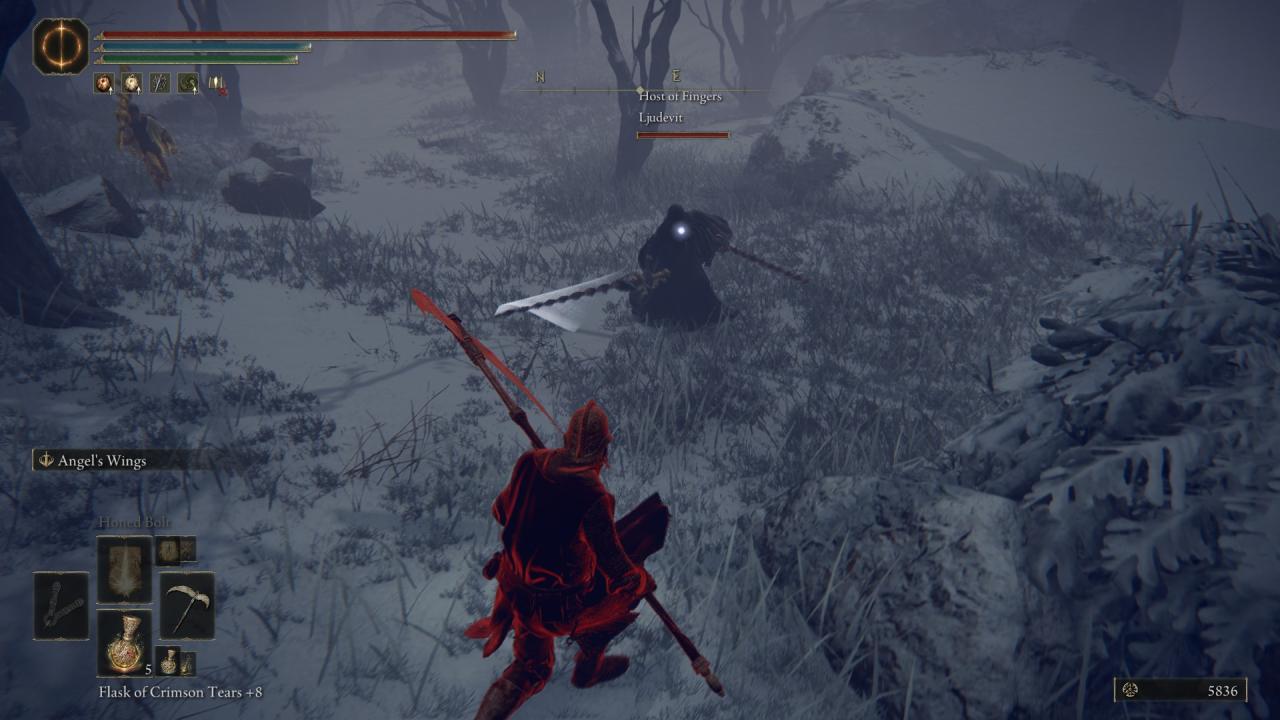 In this screenshot, you can see that the host has strayed a bit too far from his summon. Because of this, I was able to bait out an attack, respond with my weapon art, and oneshot him. Try to create situations like this by playing patiently and defensively and waiting for them to get aggressive and impatient.

READ:  ELDEN RING How to Get Massive Equip Load

If you manage to kill the Host’s friends, congratulations, you’ve already done more than what is expected of you. At this point, get ready for the Host to take off running. You will often find that even the most aggressive hosts will lose all of their confidence once they’re alone. Don’t let them get away. If they do, they will likely resummon their friends.

As soon as you kill the host’s last summon, heal up and start running towards him. Don’t stop to taunt him; this will only give him more time to escape. Stay as close as you can and go in for chip damage. If he’s starting to get away, try this:

Equipment Recommendations
NOTE: Work in progress. I will update as I test new things.

While you can more or less use anything in an invasion, sometimes it’s hard to figure out what equipment is easiest to use to win more often. To help with that, here are some of my recommendations:

That’s all we are sharing today in ELDEN RING Invasions Guide with Tips & Tricks, if you have anything to add, please feel free to leave a comment below, you can also read the original article here, all the credits goes to the original author Deighlon