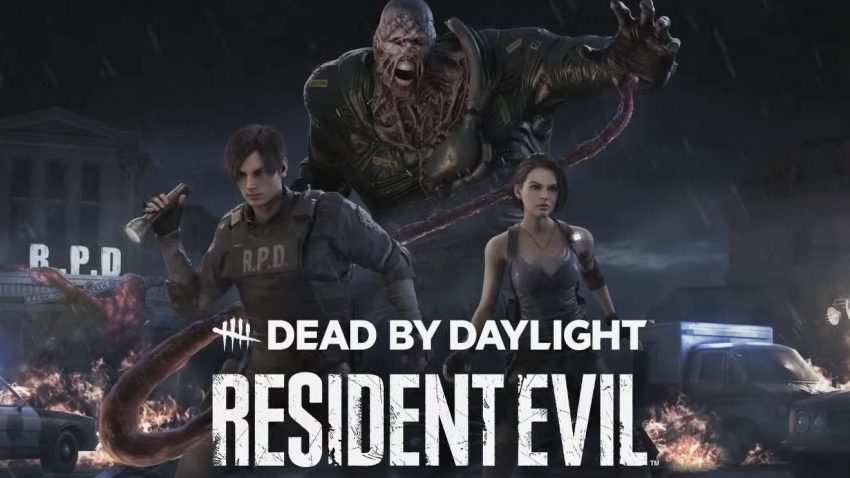 For Dead by Daylight players,  the Nemesis from Resident Evil is now available in game, and this guide provides a simple Oppressive Nemesis build for you.

During my first few rounds of playing nemesis, I felt that he was a weak killer, as his ability basically gave survivors a speed boost without actually doing damage to them. He had no pressure, no mobility, and his ability is incredibly short ranged to the point where I thought: what’s the point of using his ability in the open? If they move unpredictably, odds are I’ll miss. I played a few more rounds and figured out that there is no real need to use your ability constantly to mutate faster. Over the course of the game, you’ll have plenty of opportunities to mutate, becoming incredibly oppressive by mid game. Some tips are: whack survivors with the tentacle during vaults or pallet drops, and kill all nearby zombies with the tentacle as they are more useful as mutation fodder than anything else.

In my opinion, his strength lies in the fact that you can use your ability to affect the survivor during animations. The way I see it, this is a hillbilly + 115 move speed huntress killer + Michael Myers tier 1 killer. His ability is garbage at tier 1 and effectively only gives the survivor a speed boost, but at tier 2, suddenly you can break pallets incredibly quickly like hillbilly, except you don’t have to charge, you can still move, and you can do it at a distance. It’s so good that pallets don’t slow you down much at all, and frankly you can just do fast pallet breaks + m1 and you’d be set. But wait, there’s more…. If a survivor fast vaults or pre-drops a pallet, nemesis can still be dangerous. You can whack the survivor during the animation very reliably, either getting you a lot of mutation or doing damage. Even if you miss, if the location you missed was at a pallet, you simply just destroy it and move on. it is pretty much exactly how huntress works in loops except you don’t have to do the awkward 110 mobility loop and you have hillbilly pallet destruction.

READ:  Dead by Daylight All Promotions and Codes (June 2022)

His strength lies in oppressive chases and getting information from zombies (sometimes) and his weakness is getting around the map.

Here’s the build for folks who just want to copy it. Honestly it doesn’t take a genius to come up with this, but I’m sure there’s people who are looking for a starting place for how to build nemesis.

Although his chases are oppressive, they don’t particularly end quickly, as he is basically an m1 killer OR you have to hit a survivor 3 times with a short ranged, precise ability. His gameplay also starts a little slow, then ramps up the moment you hit tier 2, and your ability does damage without counting as a basic attack…. So why not start with an obvious choice for increasing oppression 🙂 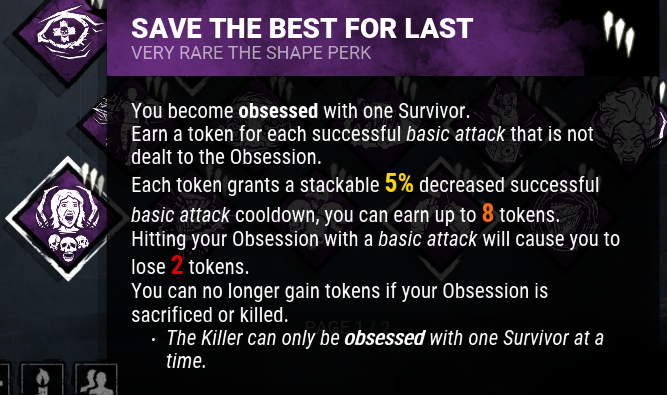 I tend to use m1s more often due to reliability when in the open and with best for last, there’s even more of a reason to use it. Since you can’t lose stacks if you use your ability on the obsession, this should be an excellent choice for this killer. 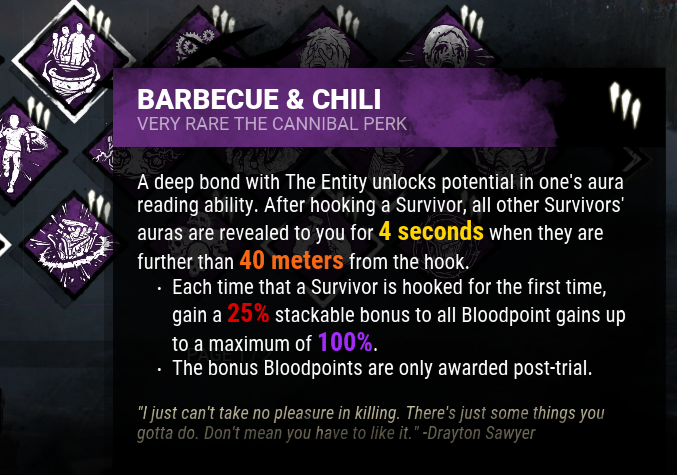 Next I would use bbq and chilli as one of the information perks. If you’re quickly getting hooks, this should be pretty effective. As of now, I do not believe discordance is as good for nemesis, as he is weak to survivors who do separate gens since he can’t quickly get across map. But feel free to substitute this one with your favorite reliable information perk.

Next is tinkerer. This one tells you which gens you need to interrupt, which helps a lot with the weaker early game this killer has. Since I do not bring discordance, this perk sometimes will be the one to tell me where early game survivors are, and frankly it’s just a incredibly useful perk over all. 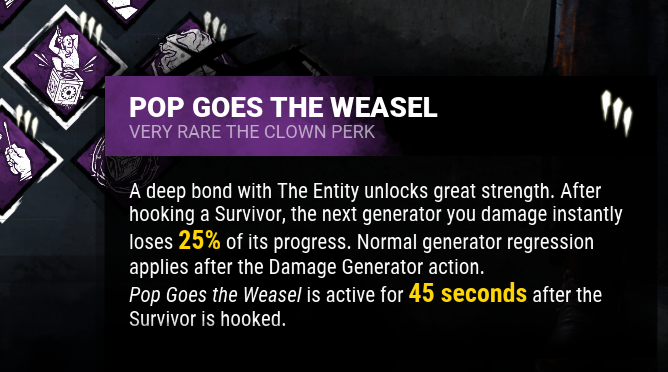 Finally, every killer needs to bring a gen slowdown perk (sadly). I’m not 100% sure what the best perk would be here, but I chose pop goes the weasel. The reason for this is the synergy with fast downs, reliability of not being a hex totem, massive gen regression, synergy with bbq, and synergy with tinkerer. I think surge would also work well, as well as ruin, but it’s all up to preference.

That’s all we are sharing today in Dead by Daylight Oppressive Nemesis Build, if you have anything to add, please feel free to leave a comment below, and we’ll see you soon.
Credit to MasterMindHaxer