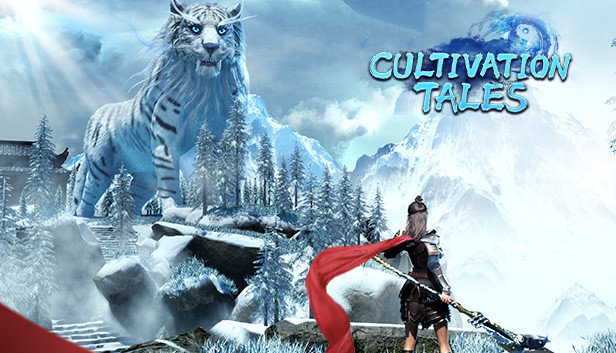 For Cultivation Tales players, this guide will show you some basic I’ve learned, I will be updating it with more information as I go, but as of right now it will cover progression and tips all the way up till the start of the Virtuoso realm.

Handy tips and information:
Pick up every herb and vegetable you can find, it is tedious but from the end of the formation realm to the start of the virtuoso realm you will need to make your own XP bolus’sAlmost every buildable you can put down has an anima rating, which influences your effectiveness in the cauldron and when breaking through realms, make sure your cauldron is in an area where the anima is above sparse/deficient, you can tell by the little icon below the minimap on the right side.The gourd is one of the most useful items in the game,after you make your pickaxe and get given the minotaur and rhino forms, once those are depleted you use the gourd to get essences from mobs to do that you must damage the mob to 15-20% of their hp (Not 100% confirmed on this just rough guess based on my experience), then pull out the gourd and keep using it until you capture its essence, you need 5 of these to make a form.Along side having your main melee weapon also have a bow, as of right now every open world miniboss is easily killed with the bow as long as you keep running them in a circle, especially helpful for ones that inflict poison/DoT.

Every few hours your base will get invaded by monsters, they are incredibly weak but the ones with the hats on can drop items you will need

When using a melee weapon to attack, hold left click and after that hold right click, this will make it so if you take any damage you will automatically block

Your character doesn’t die if you fail a tribulation, as for what happens I am not sure as of yet I will update it in an hour or two when I attempt

There is 1 gold location in the east of the desert near a cliff, this is the only one I have found.

If you use an Xp bolus your sectmates can also leech xp off of it by pressing F on you when you’re in the animation, so save up lots of pills and allow everyone to benefit if you have friends (I do not)

You can automatically do the monster invasions by putting siege barricades/spikes infront of the bridge next to the 4 blue floating texts, they’ll only come from the stone circles just past them, you will have to repair/replace them eventually tho

Your pickaxe and hatchet are secondary gathering tools, the main will be your forms.

Make food out of your apples, they are so much better than just eating the apples

And probably the most important, the silkworms aren’t the main ingredient in XP bolus, they are used to make the success rate to 100%, once your anima density is at max, I personally use the fire breathing form (weird name one) to follow this recipe, i’m still tweaking it right now, but I want one that doesn’t use iron as it’s too expensive

Going with this recipe as it’s looks to have potential from the guy in the comments so big thanks 我有只狗，名叫前女友 (or in english translation, I have dog named ex-girlfriend) I’ll verify it later on
Yellow grade xp pill – 300 wood, 100 iron ingots, 5 silkworms with a minimum of 700 luck value

Sorry if this is long, I wanted to make an English guide as I can’t speak Chinese, but if you guys have any tips/see I have made errors please tell me in the comments so I can update

That’s all we are sharing today in Cultivation Tales Basic Guide for Beginners, if you have anything to add, please feel free to leave a comment below, you can also read the original article here, all the credits goes to the original author Bean