Despite Chop Goblins being a short game, there are still no doubt achievements to get and secrets to find. This guide aims to help you in achieving all 13, with pictures as neccessary.

These achievements are the simplest, and playing through the game as normal will net you most of them. 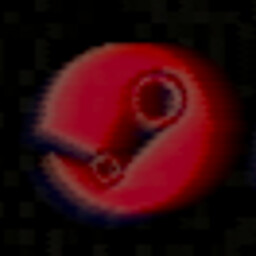 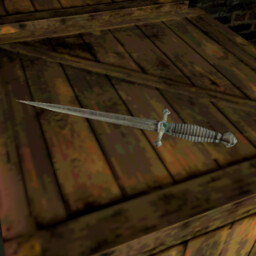 Et Tu Brute?
Complete the museum level using only the dagger
Rather simple achievement, exactly what the description says. It is recommended you play on Imp (easy) difficulty to get this achievement. 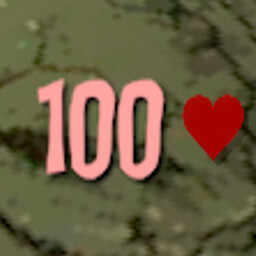 Field Trip
Complete the museum without taking any damage
Also rather simple, and much like the previous, I would also recommend playing on easy difficulty. If you want an extra challenge, you can go for both of these at the same time. 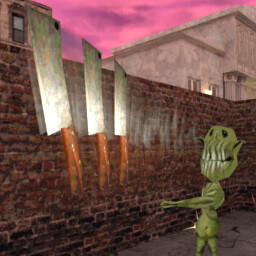 Die by the Sword
Kill an enemy with their own projectile
Using the dagger, you’re able to deflect the axe projectiles thrown by the green goblins. The timing is a little tight, and once again, I would recommend going for this on easy difficulty, as their axes travel slowest there. 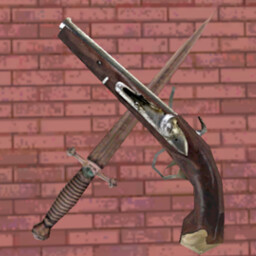 True Gentleman
Complete Streets using only the flintlock and dagger
Much like it says, complete “Streets” (level 2) using only these two weapons. It’s not too hard especially on easy difficulty. Make sure to use the explosive barrels and cars to your advantage to clear big groups of goblins. 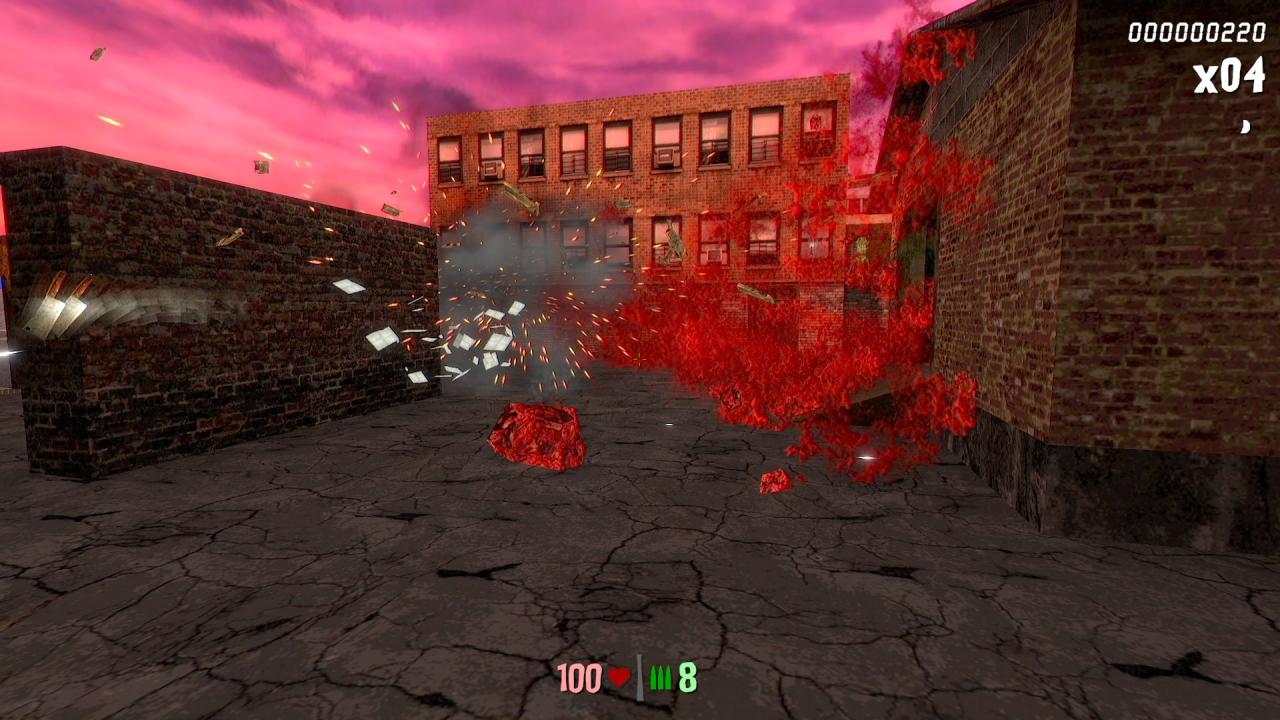 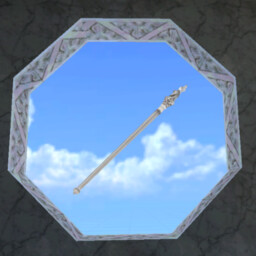 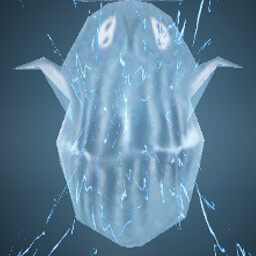 The End…?
Beat the game
Exactly what it says on the tin. Get to the end of Future, the fifth level, and you’ll beat the game. 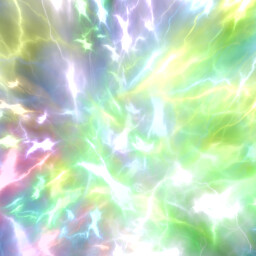 The Chop Won’t Stop
Beat the game on “Once Again” mode
This achievement essentially asks you to play through the game again. “Once Again” is a New Game+ mode, and all your weapons and ammo will carry back over to the first level. 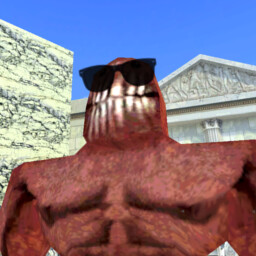 Goblin Mode
Beat the game on “Goblin” difficulty
Beat the game on the hardest difficulty, Goblin. It’s not a cake walk, but it shouldn’t take you too much time either.
Some tips for beating Goblin mode are to stay sharp and watch out for every corner you take. Additional enemies spawn on this difficulty and you don’t want to get overwhelmed. Ammo isn’t too hard to find, but attacks do a lot of damage (most goblins doing around 15-25), so don’t get swarmed.
You should be able to get this achievement alongside any of the above two, depending on which playthrough you did the difficulty on.

These achievements are more secret, and require you to go out of your way to get them done. 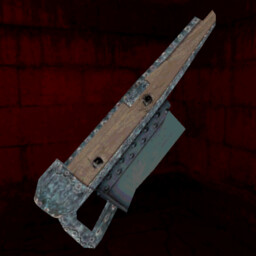 On the “Museum” level, right at the start you will encounter a goblin who attacks you from a dark closet. 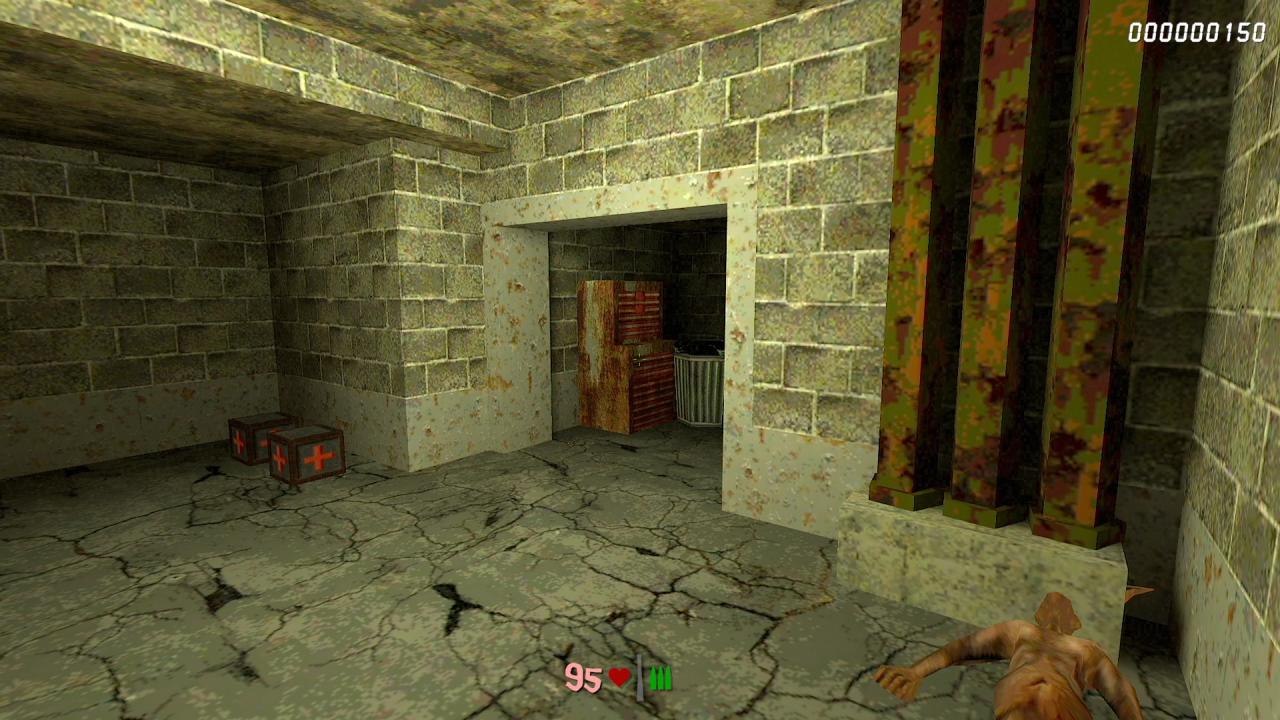 In the corner of the closet, on the side of the filing cabinet, is a button. Pressing it will open a passage behind you, allowing you to get the stake launcher (and achievement) early. 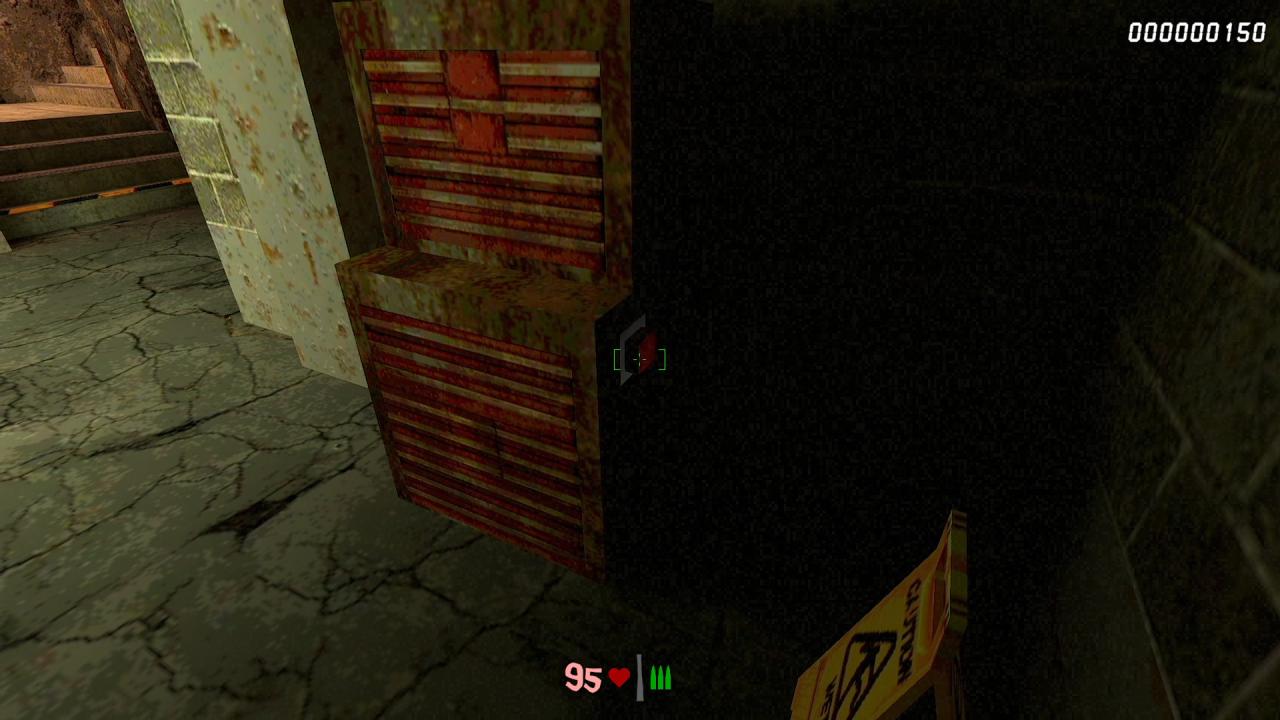 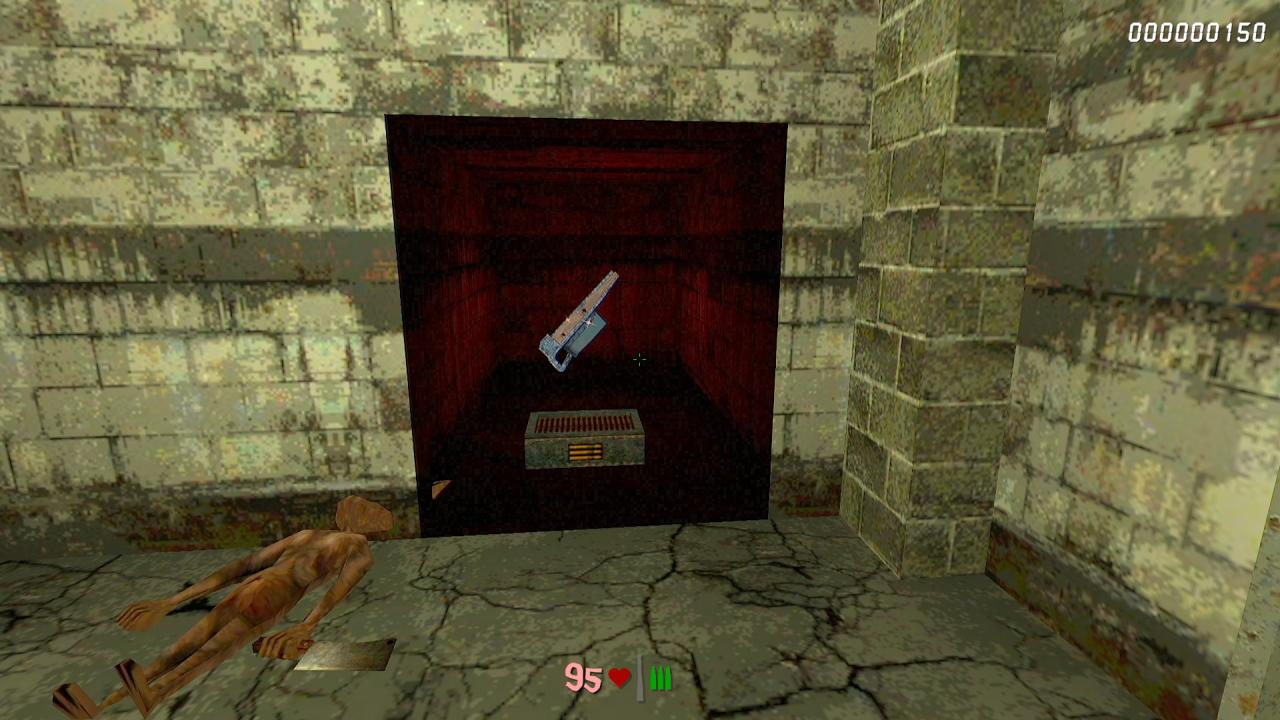 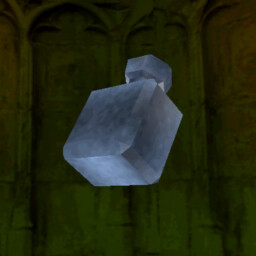 When playing through the “Streets” level, play through as normal until you come up to this house: 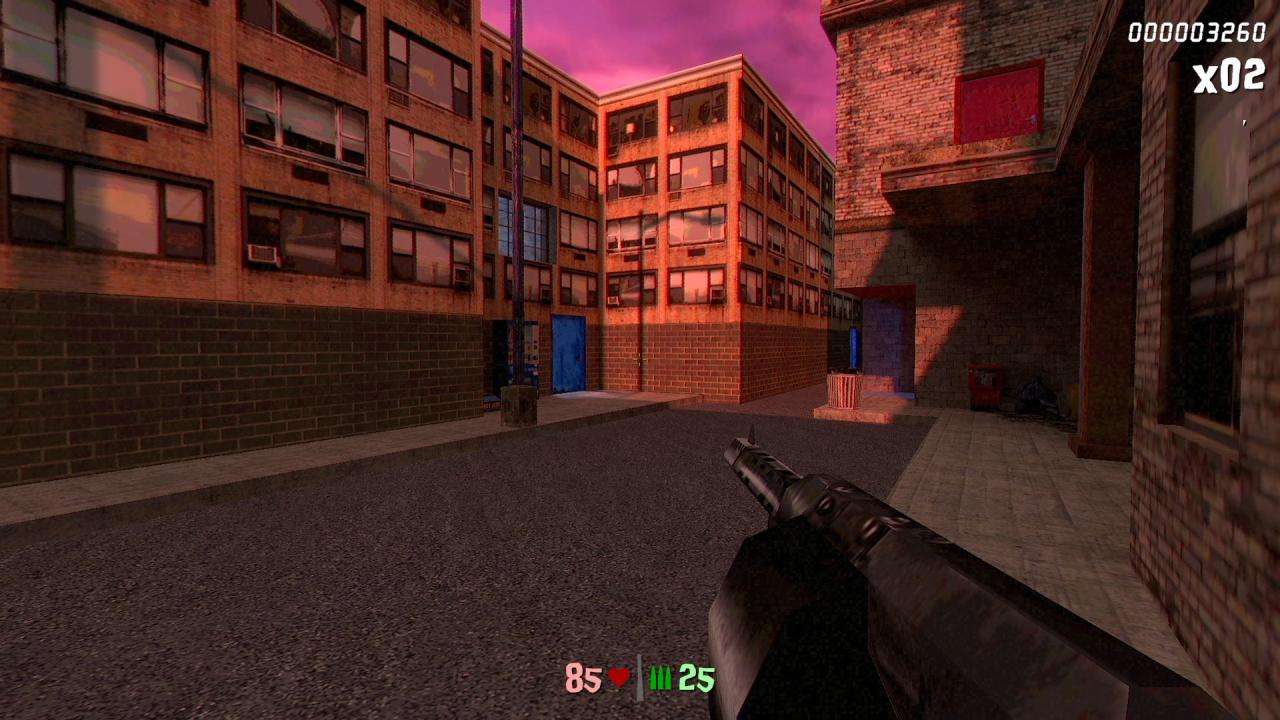 Enter the house, and kill the goblins inside. The secret is around this stairwell area. 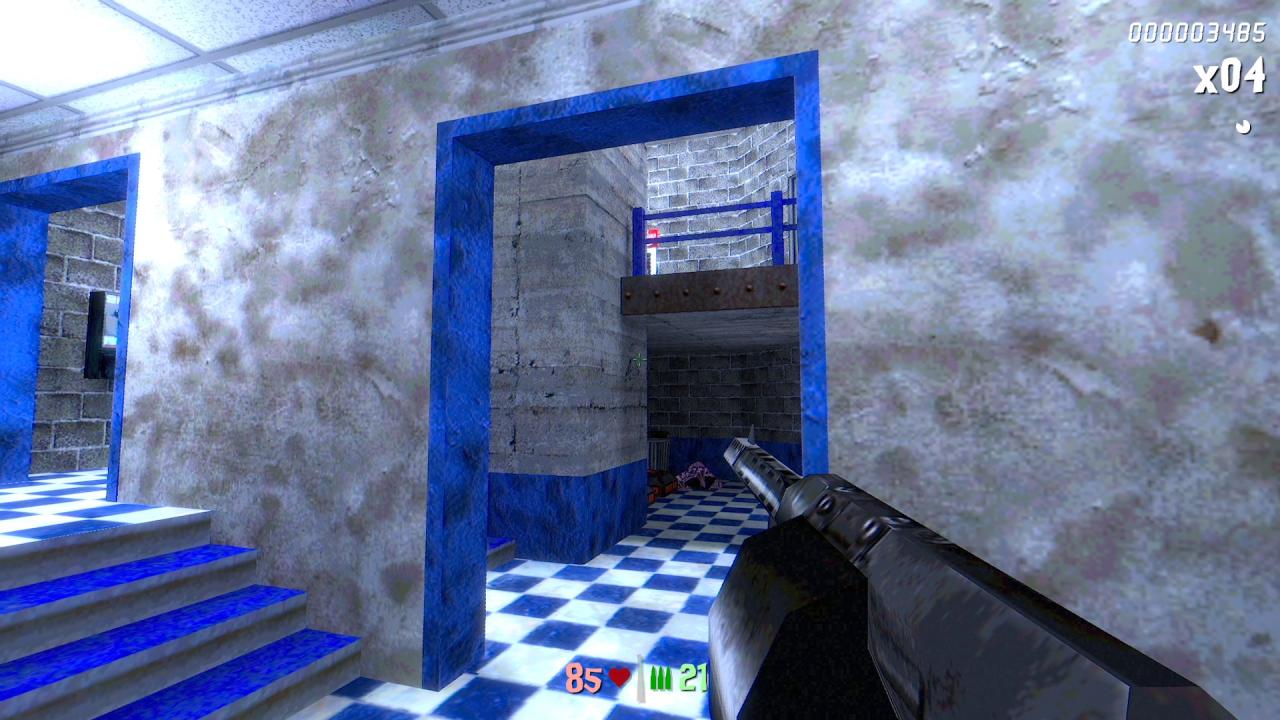 There are two buttons you must shoot with your flintlock; one is under the balcony at the bottom of the stairs, and the other is overlooking it at the top. 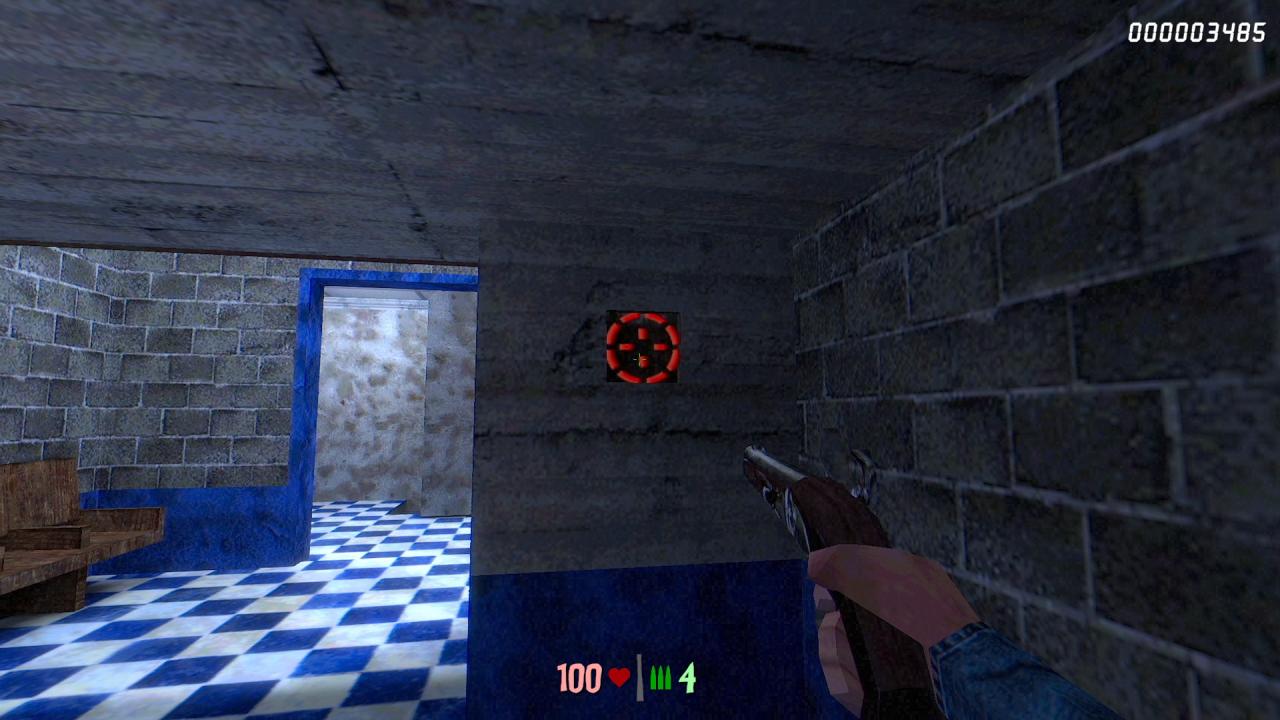 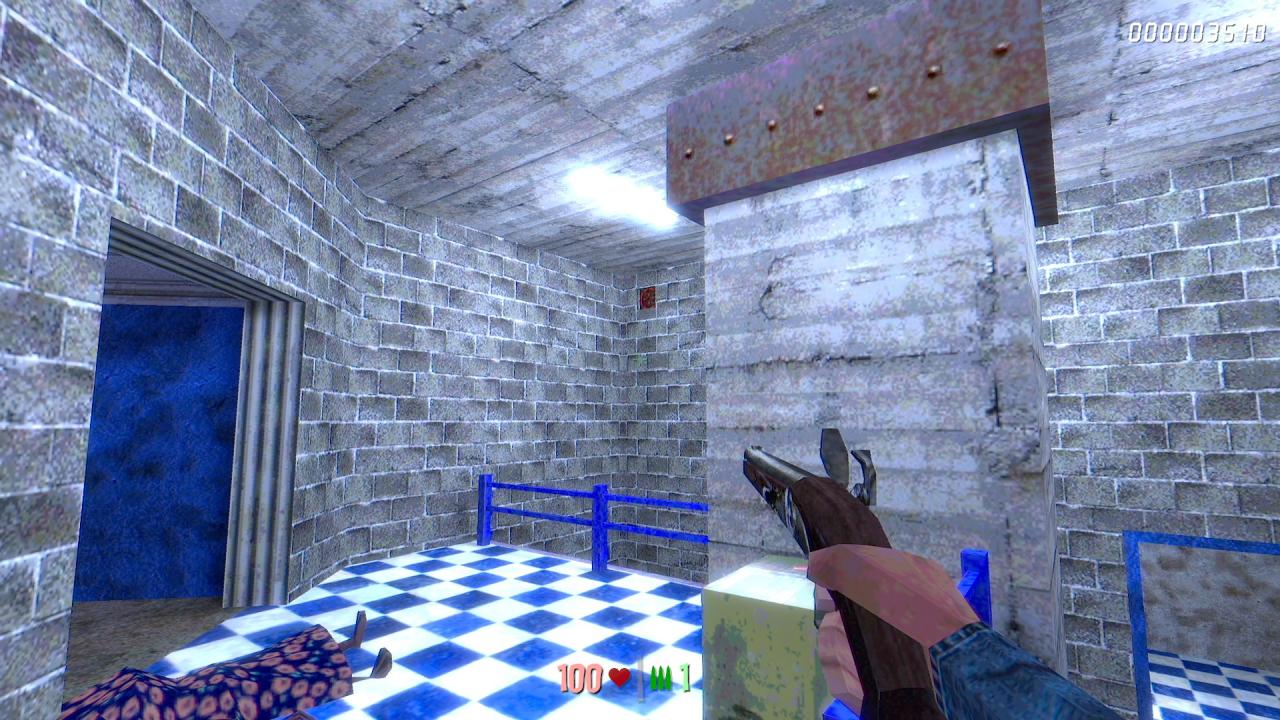 Shooting both of these will unlock a door behind you, allowing you to grab a flintlock upgrade, as well as your achievement. 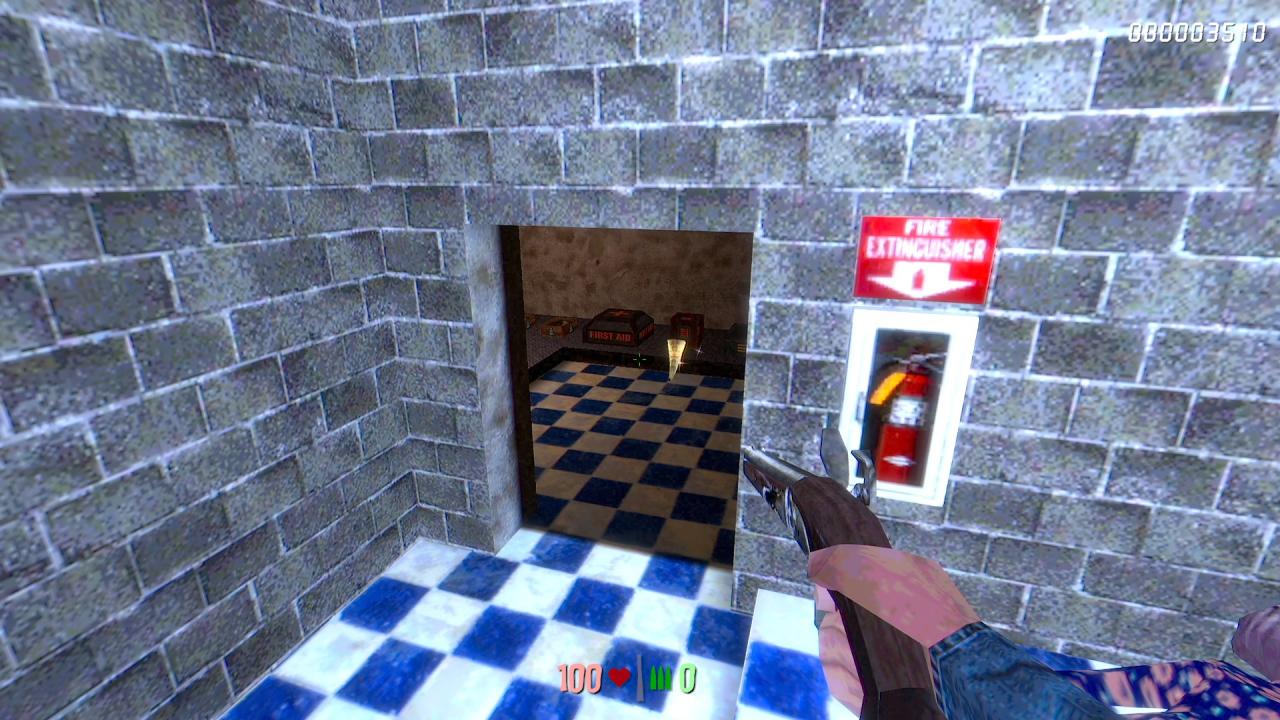 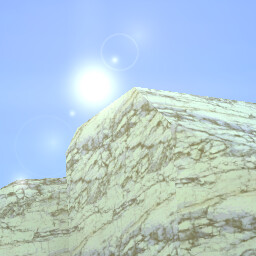 At the start of the “Greece” level, you may notice some sparkles coming from on top of a rock. 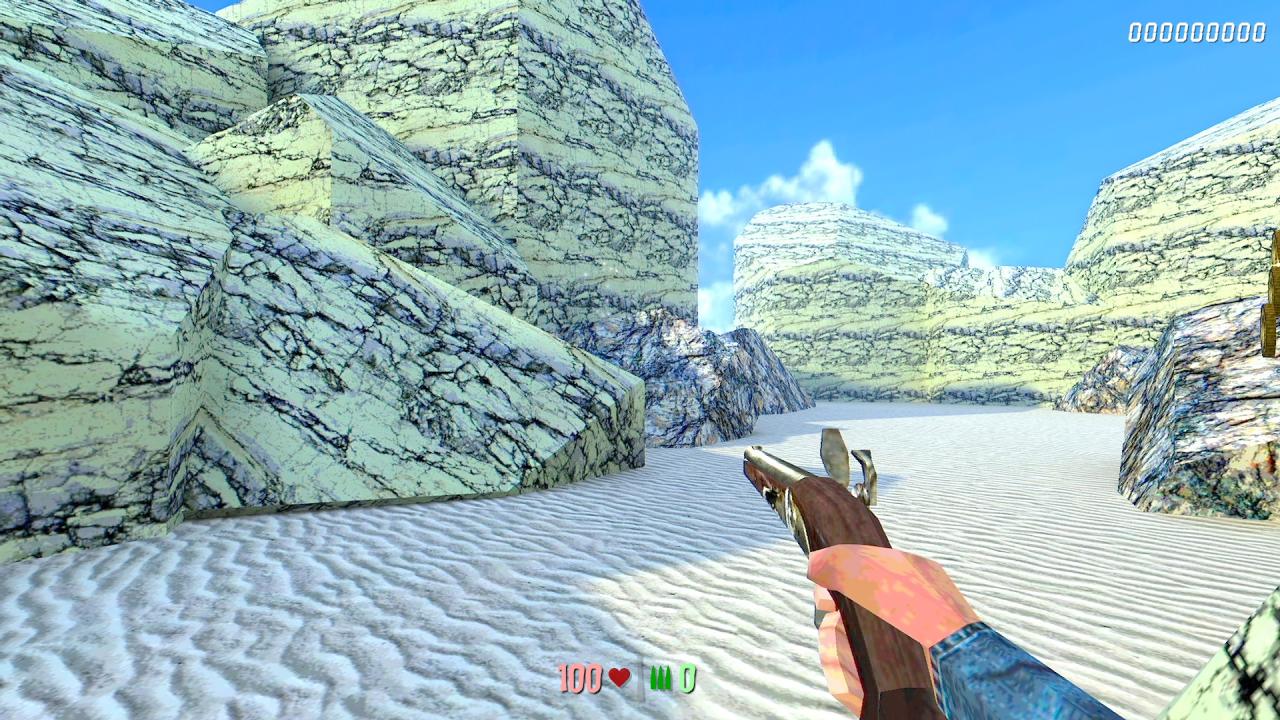 To get up there (since you can’t jump in this game), you need to walk off of a ledge onto it. This is the rock to do it from. The angle to get up there is a little finnicky, but you can pull it off with a little patience. 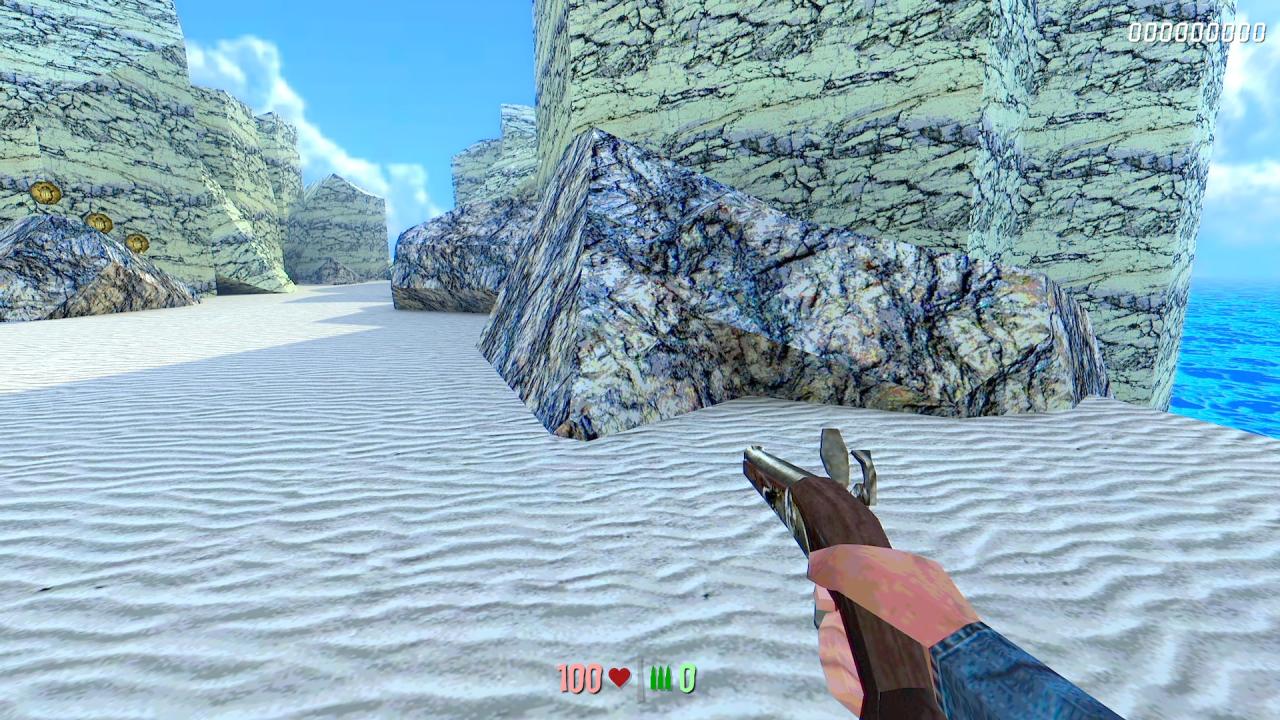 Once you get on top, the secret door will open, giving you the wand weapon early, as well as the achievement. 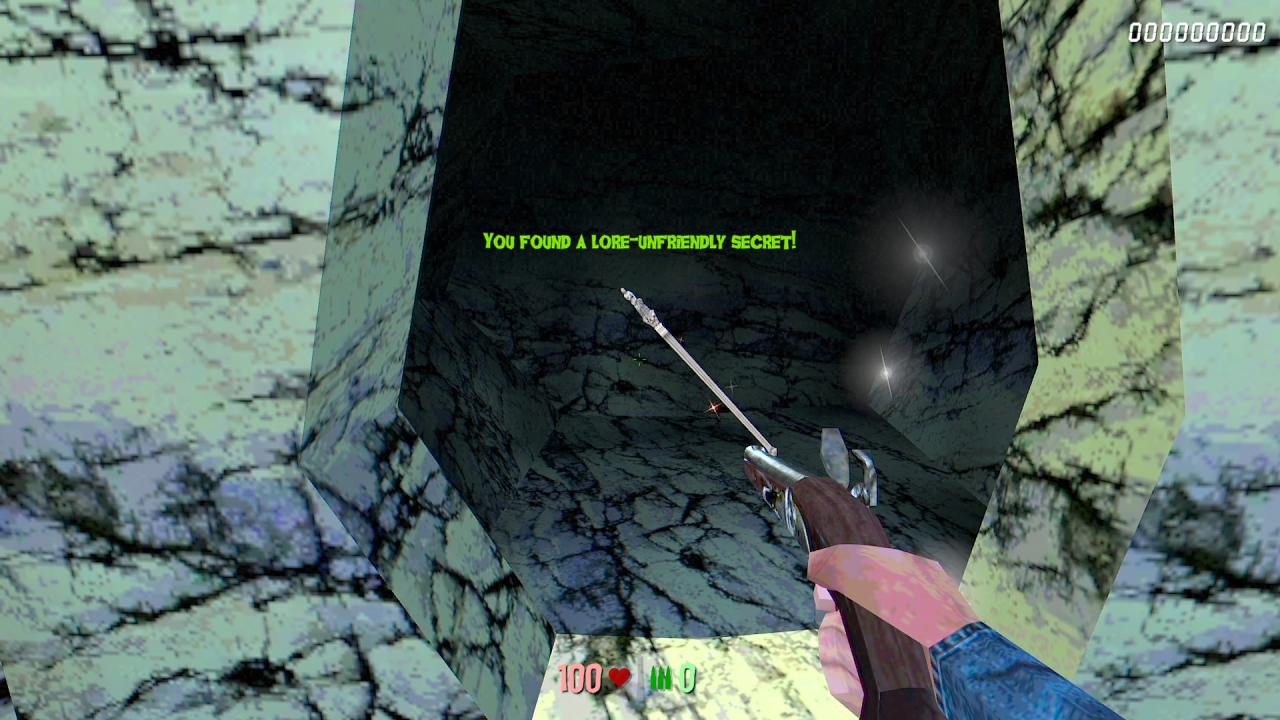 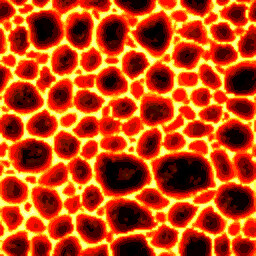 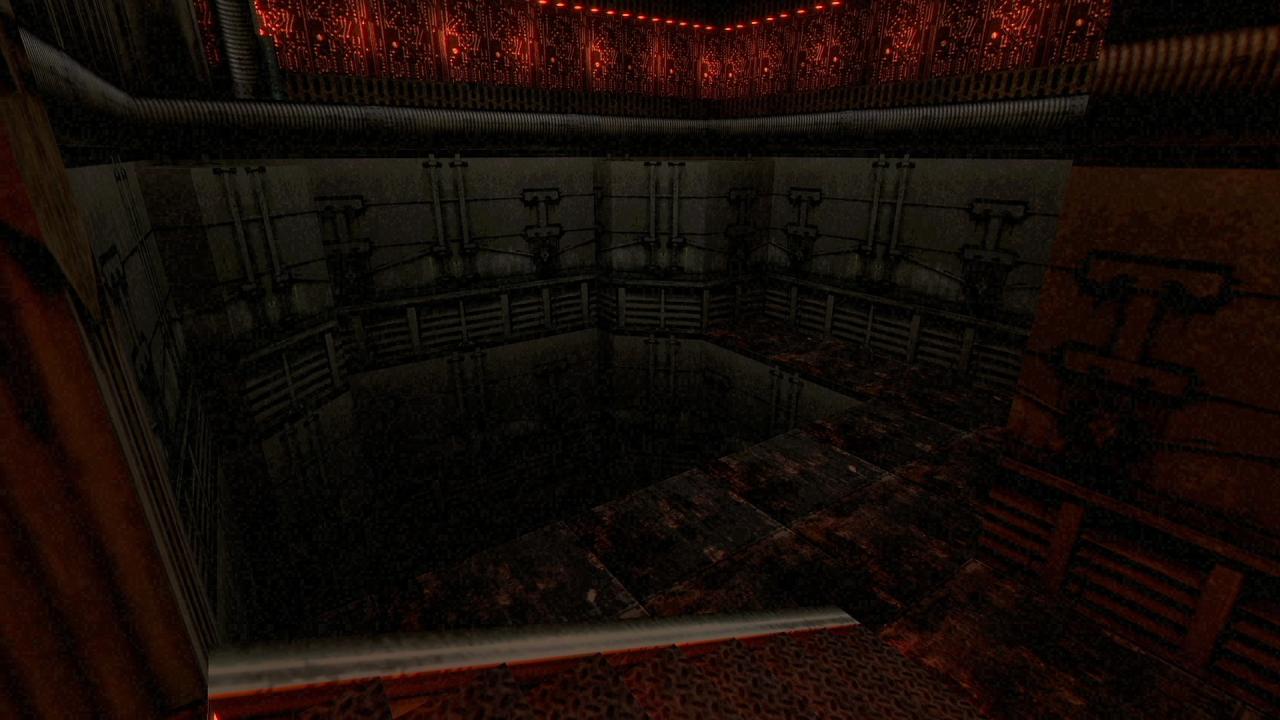