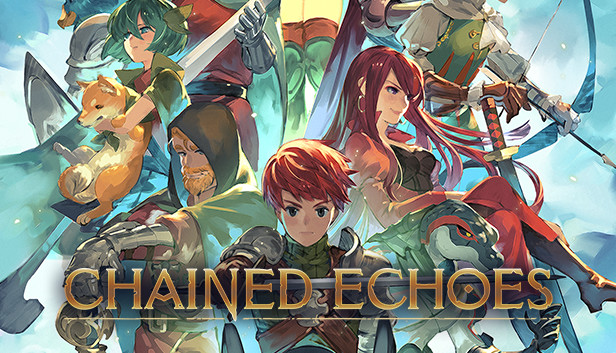 For Chained Echoes players, this is the transcription of all the tooltips in the game, let’s check them out. 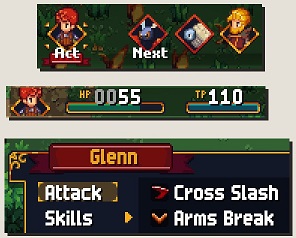 Battles are turn-based. You and your enemies take turns choosing actions.

The order of each turn is displayed in the top right corner.

HP represents your health. If it reaches zero, the character is incapacitated. Tech Points (TP) are a resource used for skills. HP and TP are restored completely after each battle.

The icon next to a skill indicates the type of skill.

Defeating enemies in battle grants you access to different spoils:

Defeating an enemy will show your loot immediately, but you will not receive it until after the battle.

The Overdrive Bar is the core of the battle system. The bar has three areas: yellow, green, and red, representing the state of the party.

The cursor shows the current position on this bar. Almost every action moves the cursor to the right. The small cursor shows where the cursor will jump to when choosing an action.

When reaching the green area, the party is warmed up and is in perfect synergy. This is called Overdrive. In Overdrive, the party takes less damage, deals more damage and most importantly: only needs to spend half the amount of TP on skills. Always try to stay in Overdrive!

Eventually, the party will reach the red area and become Overheated. This will let the enemy deal massive damage to you. In order to stay in Overdrive, the cursor must be moved back to the left. This can be done with one of the following actions:

Actions move the party’s position on the Overdrive Bar. Try to REACH and STAY in the green area.

Use different options to make the cursor move back to the left.

After defeating bosses or finishing special tasks, the party will gain Grimoire Shards (GS). Owning a Grimoire Shard is similar to a level up. You can use it to strengthen your characters.

Gaining ONE Grimoire Shard allows ALL party members to make use of it!

In the Learn Skill menu, three types of skills can be learned:

While stat boosts are automatically added to your character’s attributes and are permanently active, action and passive skills need to be equipped. This can be done in the Set Skill menu.

You can use SP (Skill Points) in the Set Skills menu to level up your action and passive skills.

By defeating enemies, you can receive SP. Every skill a character has currently equipped will gain SP.

Additionally, every character will accumulate SP that is placed into their own private pool, where you may distribute freely to whatever skill available for that specific character.

Each of your four characters in the active party can be linked to a reserve character, resulting in a so-called tag team.

In order to link two characters, go into the FORMATION menu and set the characters next to each other. These two characters now share a battle slot and can be switched out freely within battle. 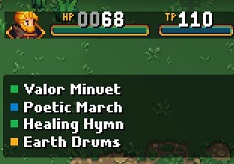 In battle, you can press RB to see the linked character and then press RB a second time to switch out. This does not cost an action. The new character can act immediately.

Having every character in a tag team allows for having up to eight characters taking part in a single battle.

Switching a character has a lot of meaningful uses.

Occasionally, enemies will use a status effect called “Stagger”. Once inflicted, the staggered character will be unable to act until they are switched out. 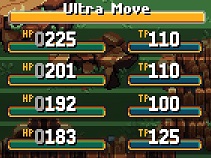 During battle, the Ultra Move Bar will slowly fill. Once full, one of your characters can perform an Ultra Move by pressing RT.

The Ultra Move Bar is automatically filled at the start of a boss battle.

In addition to weapons, armor, and accessories, characters can equip Class Emblems.

They are bestowed to the party after praying to the Heroes of Leonar statues. Class Emblems provide huge stat upgrades. 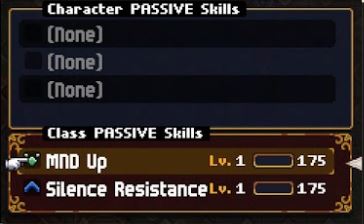 Furthermore, every class emblem provides two action skills and two passive skills. These can be equipped in the class skill slots.

The skills can only be set as long as the corresponding class emblem is equipped.

Only exception: once you’ve mastered a skill, you can set it without having the emblem equipped. 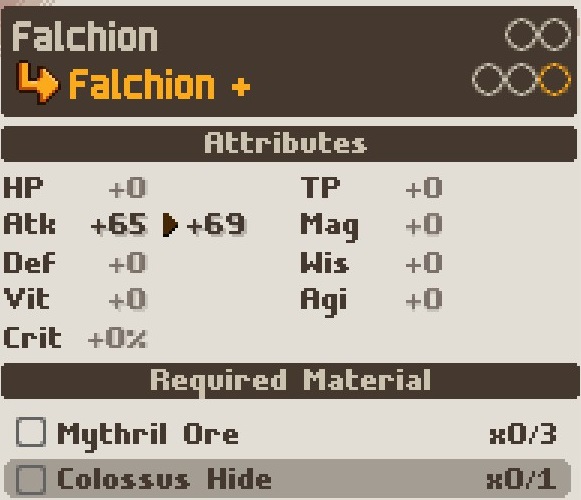 Upgrade your weapons and armor by using materials found in chests or dropped by monsters.

Upgrading weapons and armor raises their stats. You can upgrade each piece twice (shown as + and ++).

Additionally, the equipment gains more slots to insert bigger and/or more crystals into it.

Gather crystals with passive skills to set into armor and weapons. For example, you can set an ATK Up crystal into a weapon to have your attack raised while using this weapon. Crystals need to be rank III or higher to be inserted into equipment.

Crystals have ranks. On rank III, the crystal unlocks its passive skill and can be set into equipment. On rank V and X, this passive skill gets more potent. In order to raise the ranks, you need to combine different crystals of the same passive skill.

When combining a crystal, you will choose a Base Crystal and a Fuse Crystal. You can enter any crystal with a purity above 0 (displayed as Purity 1 or P1). 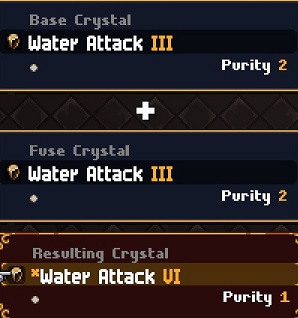 You can set several crystals into a single piece of equipment. You need to consider the amount of slots on your equipment (shown as empty circles) and the size of the crystal.

Deals are special offers you unlock by selling a certain combination of items to any merchant.

Once you sell one of the items needed for a deal, you will be notified.
The list under “Deals” show all available deals for which you sold at least one item.

You can check what remaining items you must sell in order to be able to purchase the deal.

Over the course of your adventure, you will find fast travel crystals. They unlock destinations for you to quickly travel to. Open the map and open the fast travel menu to select your destination. You can fast travel from almost any area in Valandis.

The Reward Board h as several tasks for you to tackle and numerous rewards to earn. When entering certain areas, new parts of the board are unlocked. Each field represents a task. Once the task is finished, you can claim your reward.

Furthermore, finished task fields that are adjacent to one another will make up a chain. You’ll earn extra rewards for the length of your longest chain. You can quickly access the reward board by pressing RT.

That’s all we are sharing today in Chained Echoes Transcribed Tooltips Guide, if you have anything to add, please feel free to leave a comment below, you can also read the original article here, all the credits goes to the original author Jedo