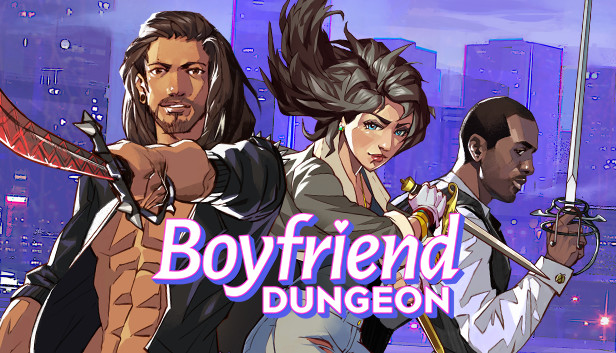 This is a comprehensive guide to the achievements of Boyfriend Dungeon, the main thing you’re here for is an exhaustive list of the items in the game, a checklist of sorts that can help you figure out what you’re missing and where to get it.

For the sake of completion, we’re starting out with the story achievements. These are unmissable.

Defeat the boss of the first dungeon, on Floor 12. Can be a bit of a doozy if you don’t have enough damage, looks to me like it flies off after attacking 3 times, so maybe it’ll be easier if you ignore the minions as much as you can. Or level up a few times. Or both.

Defeat the boss of the second dungeon, on Floor 12.

These are exactly as it says on the tin, not much to explain here. I’ll add the exact details of what floor you can find them as I replay the game and actually make note of it.

For this one you only have to unlock all 7 weapons, which means going on a date with them at love level 0. This shouldn’t be a problem, but I’ll list for each individual weapon where to find them and their first date.

Reach max love level with all the weapons. You gain +15 love per floor in Verona Mall, and +30 per floor in La Rosa, or double that once you get the whetstone. Events inside the dungeon appear to give +30 as well. Gifts can speed up this process; Taye made a guide on that here.

First weapon you encounter, he’s on the first floor of Verona Mall and leads you through the tutorial. He’ll send you a message, inviting you to Brooks Associates for his first date. Get him to level 6 to unlock the achievement.

Hard to miss him either, he’s also on the first floor of Verona Mall, you’ll encounter him during the tutorial I’m sure. He texts you after for his first date in La Rosa. Get him to level 6 to unlock the achievement.

On Floor 2 in Verona Mall, can be encountered even on your first run if you manage to get past the challenge that is meant to knock you out. She’ll invite you to the Park for her first date. Get her to level 6 to unlock the achievement.

You can find him on Floor 9 in Verona Mall. He texts you and you’ll be able to go on your first date at Kicks Café. I wish I had more to say, but it’s very straightforward. Get him to level 6 to unlock the achievement.

On Floor 12 in Verona Mall, after defeating the boss. They’ll contact you to invite you to Kicks Café for your first date, and it’s really just that simple. Get them to level 6 to unlock the achievement.

Pocket, Out of the Bag

He’s the last weapon you’ll find inside a dungeon, inside La Rosa on Floor 2. The owner contacts you pretty much immediately, and you’ll be able to meet Pocket in the Park. Get him to level 6 to unlock the achievement.

After you’ve gone through Jesse’s BBQ you can find them in their Mansion, in north of the map. Do something else and you’ll get a paper slip. Do another thing to take a second crack at it: fill in the upright numbers 207 and you’ll have their number, and access to their first date in the Mansion. As usual get them to level 6 to unlock the achievement.

Give a perfect gift. Taye made a guide for this. Easiest is probably giving the Bracelets to Valeria.
READ:  Boyfriend Dungeon Complete Gift Guide

Have a gift rejected. You could find something in the previously linked guide, or you could give Sunder a Pepperoni Pizza as I did. I just wanted to make him happy 🙁

You’ll sometimes find shortcuts; in Verona Mall they are damaged security shutters or barred staircases; in La Rosa they are broken glass or cracked cabinets. If it looks cracked it’s probably a shortcut. Attack to break it and enter. 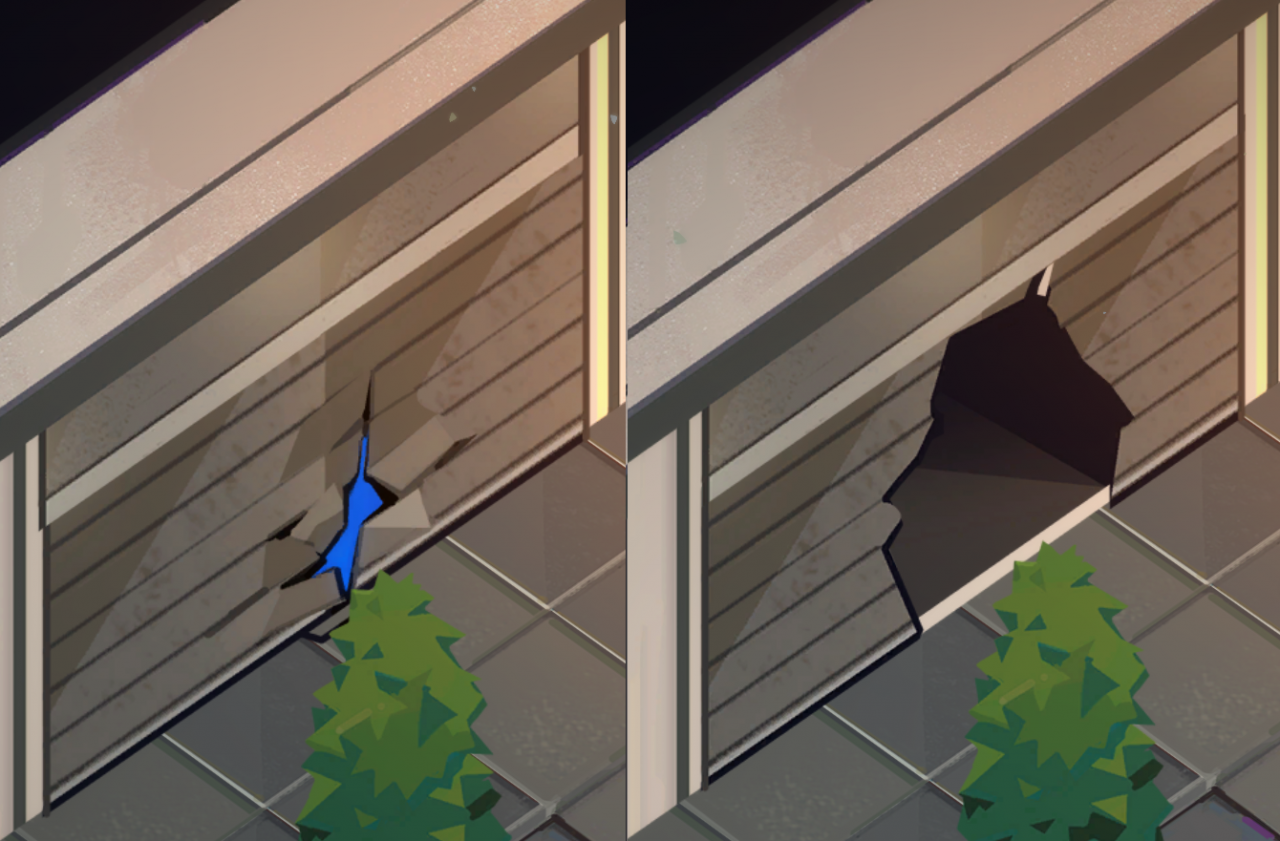 Example of a shortcut.

To access the monster shop for the achievement you will have to buy either “???” from the Vending Machine in Verona Mall, or “Access” from the ATM in La Rosa. Both of these cost $5.00. Keep in mind you can only buy 1 thing per machine!

Kill 5 enemies in 1 second or less. I got this on accident while playing with the scythe, so I recommend using that in a crowd, specifically the heavy finisher.

This is the minigame in the credits, it’s basically a rhythm game where you need to use the directional keys when the luggage is inside of the allocated space entirely. You might need to get a combo to unlock this.

You’ll have to get 1st place on all difficulties on the SNAZZ minigame. Best of luck, this might take some time. Best advice I’ve got is to take the inside of the turns as much as possible, avoid the walls and other bugs as it will make you slow down, and yeah. Git gud, basically 😅

The process of crafting will give you the following achievements:

Craft the Racing Game recipe, this will unlock the SNAZZ console and the achievement.
(Documentation: Found this in Verona Mall about halfway through the recipes, 33/34, after speaking with Eric about his Katana. When I got out of the dunj the Katana attacked us.)

For this you need to gather (at least) 1 of each material. I’ve listed them below, with what I believe to be an exhaustive list of where you can get them. You should naturally get this achievement, but it doesn’t hurt to know where you can get everything, especially when you need them to craft later.

These all come from recipes, except the one you start with, but have a checklist for the sake of completion regardless. The locations will be listed in the recipe section, this is more to check to see whether you have actually crafted them yet.

Note the gifts still count after being used on a weapon, despite being unavailable to you. It’s just about unlocking them.

These are listed in the order they appear in the mirror. For me at least, I hope this is the same for everyone.

The hats of the game, listed in order they appear in the mirror, at least for me. I really do hope that’s the same for everyone, but I suppose I’ll find out when I start that fresh file.

And finally, the recipes of the game, and where to find them! Supposedly you can grind for these on the La Rosa boss for anything you’re missing, but I still have to test that out myself. I’m just going to document my progression for now.
READ:  Boyfriend Dungeon Complete Gift Guide

There is currently a bug with the (Baseball) Cap recipe. There are actually 65 recipes in the game, though only 64 of them show up. This recipe does count towards the achievement, though the achievement only requires 64/65 recipes, which is why it might unlock early. (For documentation sake: I found it in Verona Mall, Floor 9 boss, 18th recipe.)

That’s all we are sharing today in Boyfriend Dungeon 100% Achievement Guide, if you have anything to add, please feel free to leave a comment below, you can also read the original article here,  all the credits goes to the original author Dayashi