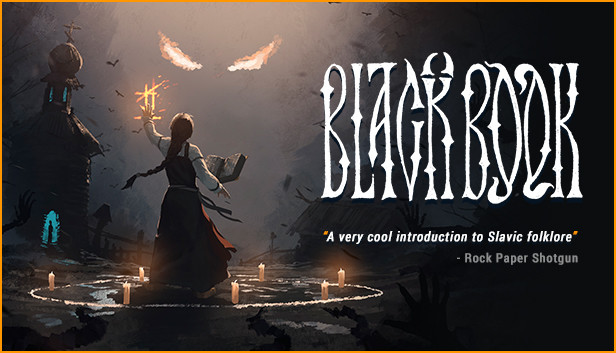 If you are a beginner of Black Book, here’s a few tips for new players to get over those early game anxieties! Let’s check them out.

Your Book is Too Full!

If you have more that thirteen pages, really ask yourself why. The less pages you have, the more consistent your book will be. In general, try to have around 9 orders and 4 keys. Why that number specifically? Well…

Invest in the Skill that Lets you Draw More Keys First!

These skills are not level locked, so you could take these at level 2 and level 3. Why are they so good? They will ensure that you’ll know for a fact what you’ll draw every turn. This means every turn, you could play something like 3 Key-Tongue and a In Father’s Name. That’s 3 guaranteed damage, and even more if you…

Piling statuses on yourself will snowball really quickly. Let’s say on our Key-Toungue deck mentioned above we throw on one George the Father. Well because of Well Versed, now we’re doing a free 15 damage a turn instead of a free 3 damage. And we have some ward too, from In Father’s Name, so we’re building some passive shield too. But some enemies early game can dish out serious damage. How can we work on our defenses but still deal damage?

Lay WASTE to Your Enemies!

Early game, waste is a beautiful damage dealer. Think about this: we could use Urazi to deal 4 damage, or we could use Skorchit to deal 3. Seems like we should use Urazi, right? Well, in two turns, that Skorchit will deal 5 damage, and the Urazi will still have dealt 4. Waste builds fast. If I use 2 Skorchits in a turn, I do 6 damage that turn, and 5 damage the next. That’s 11 damage in 2 turns from 2 cards, and the second turn I can just build my shield and still do passive damage.

I highly advise you play around with your own decks. In the end game, I used only white cards and threw out 13 pages on turn 2, so by the end you’ll have a lot of room to get creative. But if you’re struggling in early game, try this:

READ:  Black Book How to Edit your Money, Skill Points and Herbs

Keys:
3 Key-Tongue
1 Amen or Once and Forever.

The strategy is to play at least 1 George the Father and 1 Avoil early game to build some prayer up while protecting yourself. If the enemy isn’t doing damage, play a Skorchit instead of a Avoil. Once you have enough prayer, your Key-Tongues will be doing crazy damage, and your Kila will be insane because of the well-versed bonus they’ll get from the Key-Tongues. All of these verses are available in the first seal.

Don’t stress over every little sin, you’re allowed to accrue quite a bit, and you won’t be locked out of the good ending. In my first play though, I had at the height 16 sins, and ended the game with 0 sins just by doing “good” things in the story. From what the creators said, keeping below 100 is your best bet, which wasn’t a struggle at all. There also doesn’t seem to be any reward in story for doing a completely sinless run, but that does make for a fun challenge run later down the line. Your only real source of sin should be Chorts, which speaking of…

Don’t Get Too Pestered!:

Early on, don’t be afraid to send your Chorts on (low sin) missions. Specifically, the one that lower the damage of your spells, and the one that lowers the shield gain of your spell can be pretty devastating early on. That being said, in the long run they don’t really hurt at all. There’s a skill tree that lets you send up to 2 Chorts on meaningless jobs; I took those two skills at level 8 and 9 and only ever let 2 Chorts go on jobs. I had 5 other Chorts, and I just let them pester me. Also, you will get more Chorts just by leveling up, so if you beat an encounter and wonder why a new Chort joins, it’s because of the level up and not because of the encounter itself. Enjoy this wonderfully esoteric game!
READ:  Black Book Battle Puzzles Solutions Guide

That’s all we are sharing today in Black Book Baisc Tips for Beginners, if you have anything to add, please feel free to leave a comment below, you can also read the original article here,  all the credits goes to the original author ThortheBore