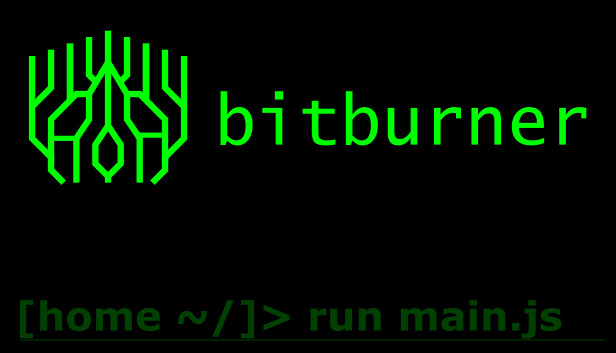 If you are new to Bitburner and you might find that the game is kind of complicated, this is an early game progression guide to help you get through the early game.

Hacking scripts: How to improve

In addition the the ingame tutorial, there’s a good guide on how to get a decent hacking script started in the online documentation[bitburner.readthedocs.io].

At this point you have a script that will continuously weaken, grow and hack a given server. You might think it’s slow (and you’d be right) and that’s because there are several improvements you can make.

The first step is to start using netscript2[bitburner.readthedocs.io]. Netscript 1, or .script files which are used in the tutorial, are slow and low on features. Netscript2 is very close to modern javascript, and their speed is only limited by your computer. Note that speed here refers to the execution time, not how fast your weaken() grow() and hack() functions run – that is determined by hacking skill.

At this point it’s worth having the API documentation[bitburner.readthedocs.io] handy.

To let us run our important functions with as many threads as possible, figure out how to make the simplest possible script that will run weaken() on a target given by argument and nothing more. Then take your hacking script from the tutorial, and instead of running weaken() directly, find a way to run the weaken script and passing the target to it as an argument, using as many threads as free ram allows. Then, find a way to wait until it finishes. Repeat this process for grow() and hack().

READ:  Bitburner How to Adding Custom Stats to HUD

Using this technique, depending on your server ram, you will likely double your hacking income and exp.

If you deploy this hacking script to each server you have root on, you should be progressing quite well. But if we analyze ram usage on our rooted servers, we see that the actual weaken.ns, grow.ns and hack.ns scripts don’t use all the available ram because the control script takes up quite a chunk. But if we take a look at what the control script is doing, it becomes obvious that we can centralize it.

The goal here is to write a control script that we run on our home computer, which can spawn weaken.ns grow.ns and hack.ns on other servers – leaving us with all their memory free for doing important jobs. If the control script takes approximately twice the ram of a single thread of weaken.ns, grow.ns or hack.ns, we get 2 additional threads on each of our rooted servers for free by using this technique.

In general for optimizations, it’s important to measure what parts of our algorithms has the longest impact on performance. Let’s assume we’ve gotten to the point where a server is prepped (min security and max money reached) so that our loop is approximately weaken -> grow -> weaken -> hack.

Start by printing to log the time spent on each step. In my case, the obvious time sink was the weaken directly after grow, because the grow increased security significantly. What if we could start weakening while the grow is in progress, thus doing the tasks in parallel? We actually can:

READ:  Bitburner How to Get 100% Achievement Unlocked

The time taken by weaken(), grow() and hack() is calculated by the server and player status at the start of the operation. The effect happens at the end. Thus, if we start our weaken before the grow finishes, it will be way faster. Figure out a way to see how long weaken() and grow() will take (hint: the documentation[github.com] has functions for this). Then instead of using all available memory for starting grow, use half. Then start weaken with the other half. If weaken would run faster, you need to sleep your script a bit before you run weaken.

Note that the optimal split is likely far from 50/50. You can either experiment with the ratio, or use the analyze functions from the documentation[github.com] to calculate the optimal split so that the weaken has just enough power to counteract the effect of the grow.

grow() grows the server by a certain % of it’s current money. Ideally, we want to make sure that a single grow() will bring it back up to full. Find a way to calculate how many threads of hack and grow you need to keep the cycle short.

The last and hardest optimization to consider is to batch an entire cycle and launch them simultaneously, so that hack() grow() and weaken() all hit within a short time of eachoter. If you manage this, you can take great advantage of larger servers in the later game, because a single full-threaded hack will remove all money, leaving you a long time to rebuild it’s stash. If you instead queue several batches of scripts that all hit after one another and steal a smaller % of the money, you gain a lot more money over time per GB ram than otherwise.

READ:  Bitburner How to Minimize Button

This last optimization however is a non trivial problem, and requires extensive planning, analysis and refactoring to get right.

That’s all we are sharing today in Bitburner Early Game Progression Guide, if you have anything to add, please feel free to leave a comment below, you can also read the original article here, all the credits goes to the original author Kaladin Stormblessed