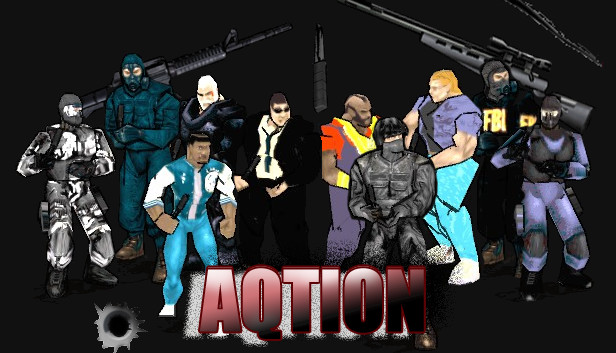 For AQtion players who have trouble opening that damned door or putting a bandaid over that flesh wound, this is a guide of basics for New Players

Starting a new game, or coming back to an old one, always presents a challenge in understanding (or remembering) some of the absolute basics in game play that a lot of us take for granted. This short guide is written to provide info on the simple, but important, elements of AQtion.

Joining a team
When you initially join a teamplay (TP), or team deathmatch (TDM) server, you will be required to join a team. You do this by pressing TAB, using the ARROW keys to navigate, and pressing ENTER to select your team. These are the default keys in AQtion. 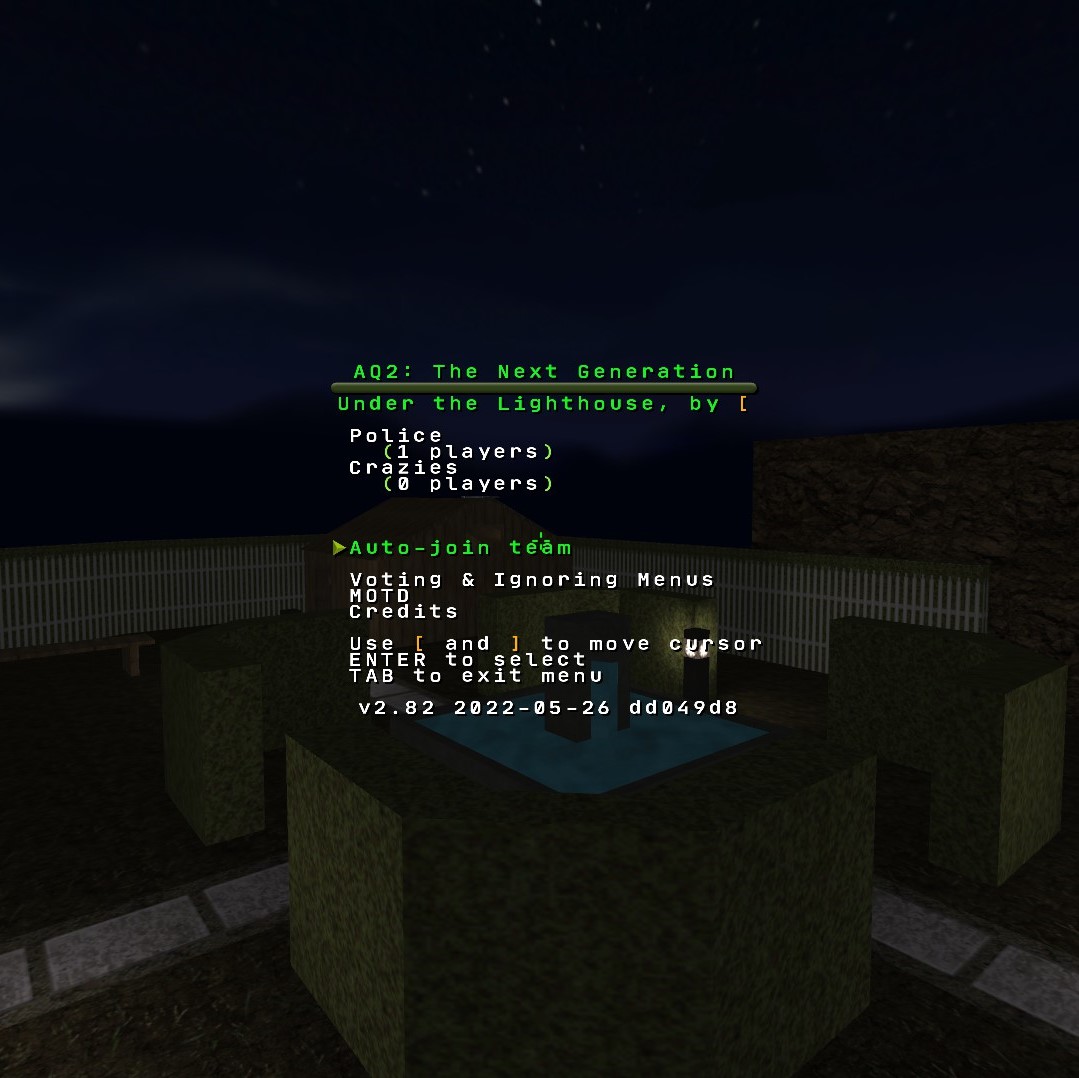 Choosing weapons
Once you join a team, the weapons menu will appear immediately and automatically. Once you select a weapon the items menu will automatically appear in succession. As before, you use the same ARROW keys to navigate, and ENTER to select. After you’ve chosen your team, the TAB key now becomes your weapon and item inventory. Simply press TAB, and you will be able to select weapons and items again.

Mp5 and the Kevlar Vest are the default combo if nil weapon/item is selected by the player. 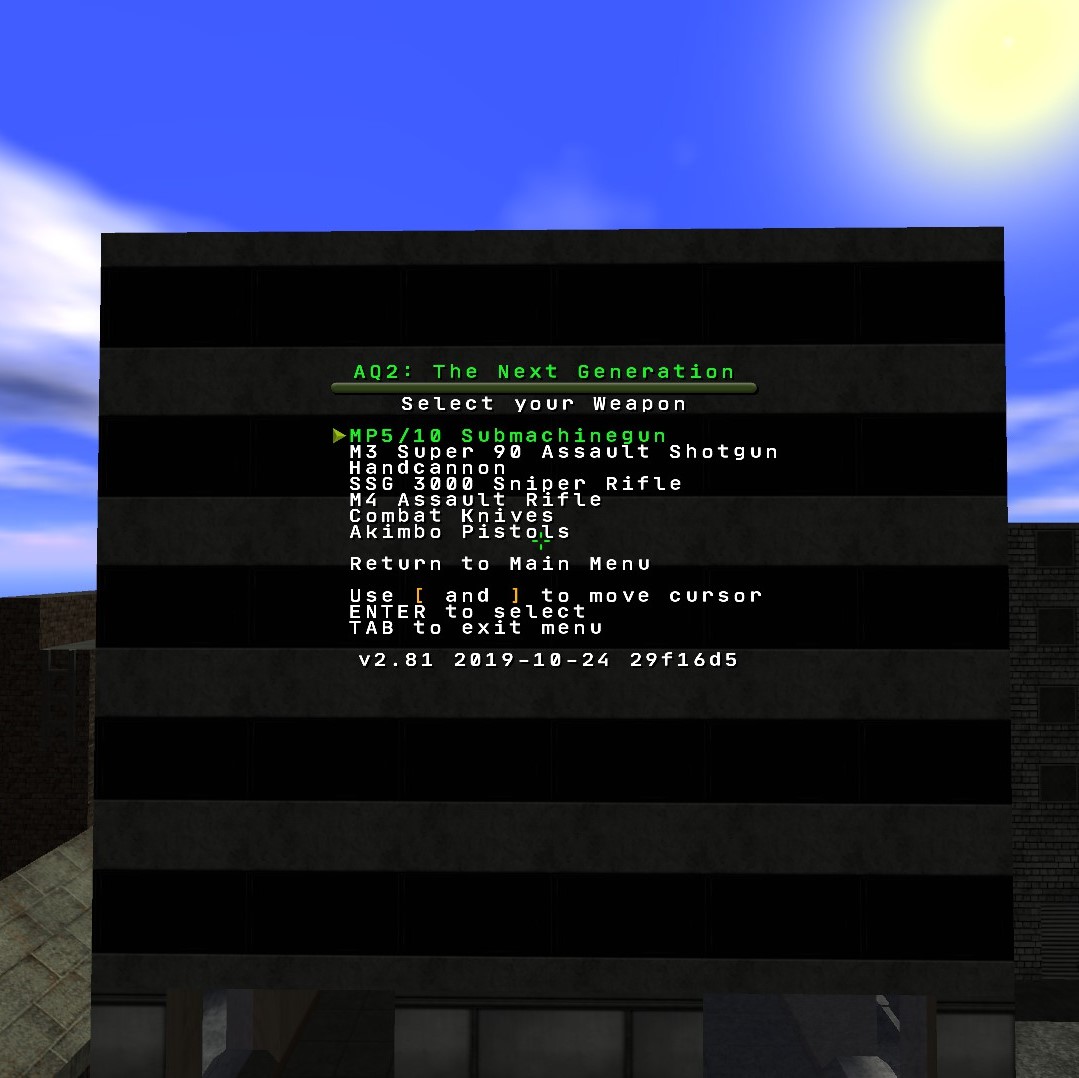 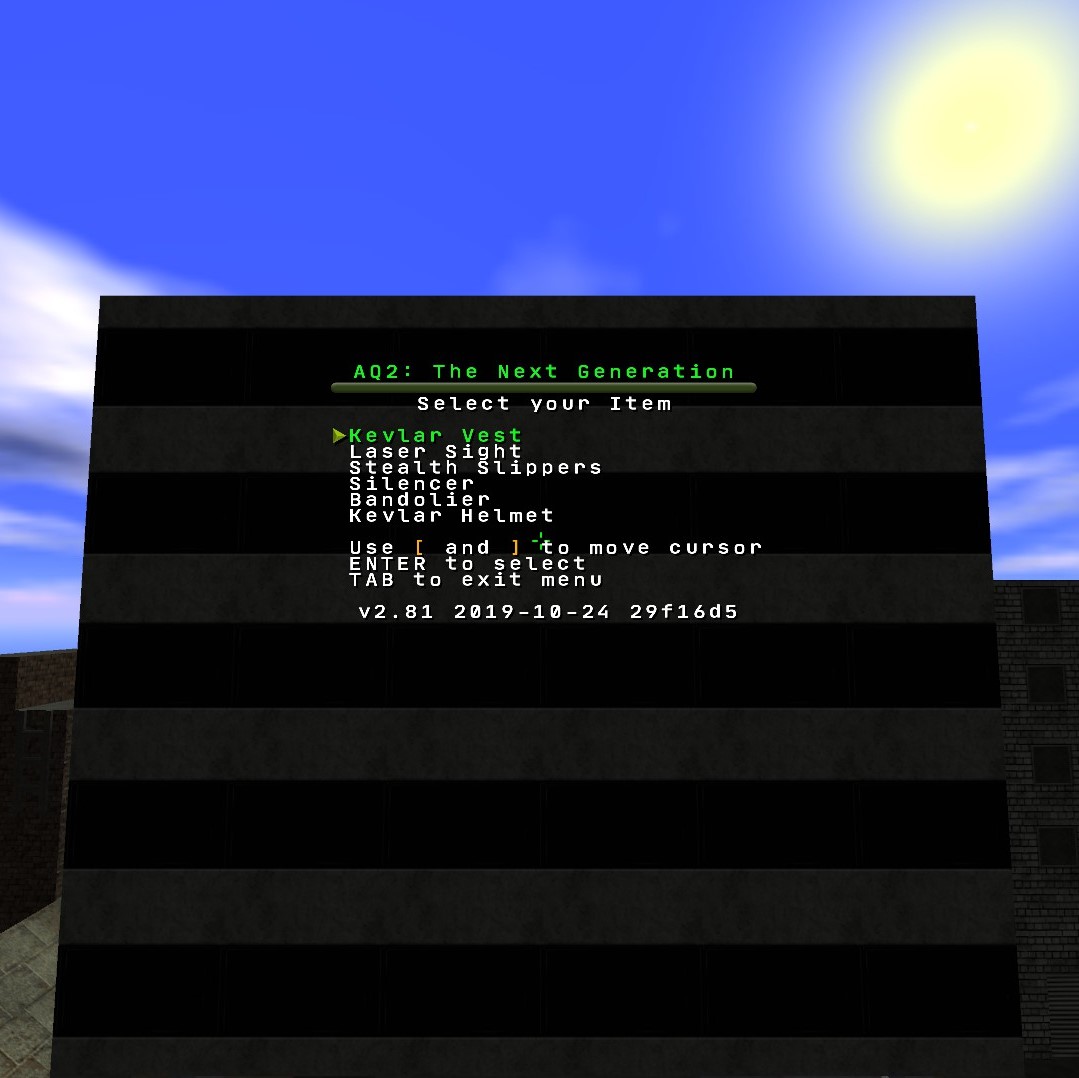 Bandaging
One of the most important elements of the game. 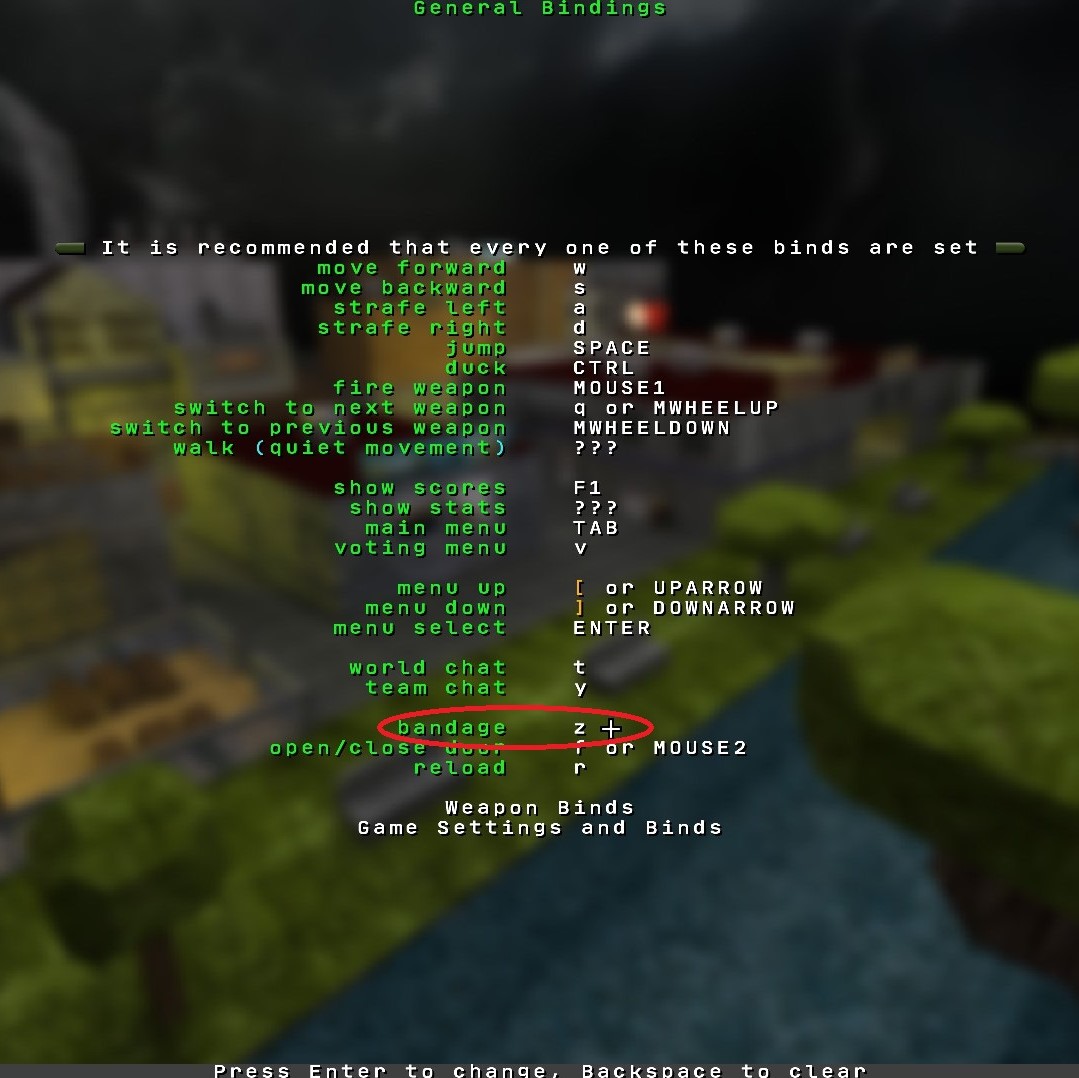 It is impossible to bandage anything below 5HP. Instead, accept you’re going to die and attempt to go out in style.

Dropping items and weapons
The typical settings on AQtion servers are for one weapon and one item limits. This means that you have to be prepared to fight only with the weapons you have. Every player spawns with a pistol and one knife. Your main weapon has finite ammunition, so make sure you’re using it wisely. To pick up another weapon, or item, you need to ‘discard’ it before picking up a new one. You can find this bind in the menu.

Most weapons dropped by dead bodies have full clips, so keep your eyes out and remember where bodies are throughout the round. This becomes extremely important if you’re the last person standing and you’re in dire need of ammo. Another helpful tip: If you’re using a weapon and it’s low on ammunition and you spy the same weapon dropped by a dead player, instead of reloading, drop your current weapon and pick up the other. You’ll see that it’s often quicker than reloading, or better than giving your position away with the reload sound.

Opening doors
It seems simple enough, but some doors aren’t too obvious. Make sure you bind a key to ‘opendoor’ through the menu. 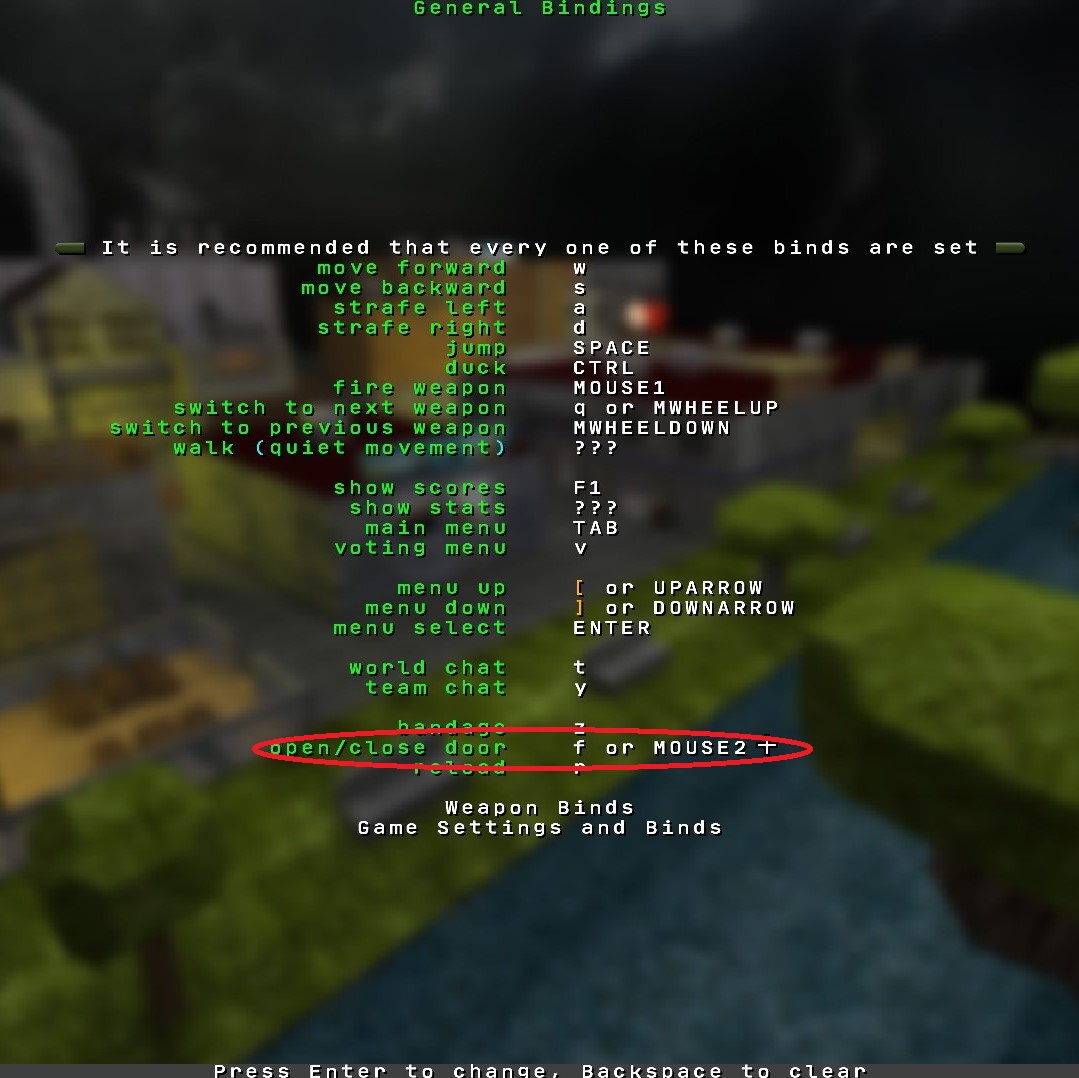 Some doors are clearly marked, some aren’t. Like this hidden door on Aggression. You need to damage it to open it. This can be done with your weapon or by kicking it. 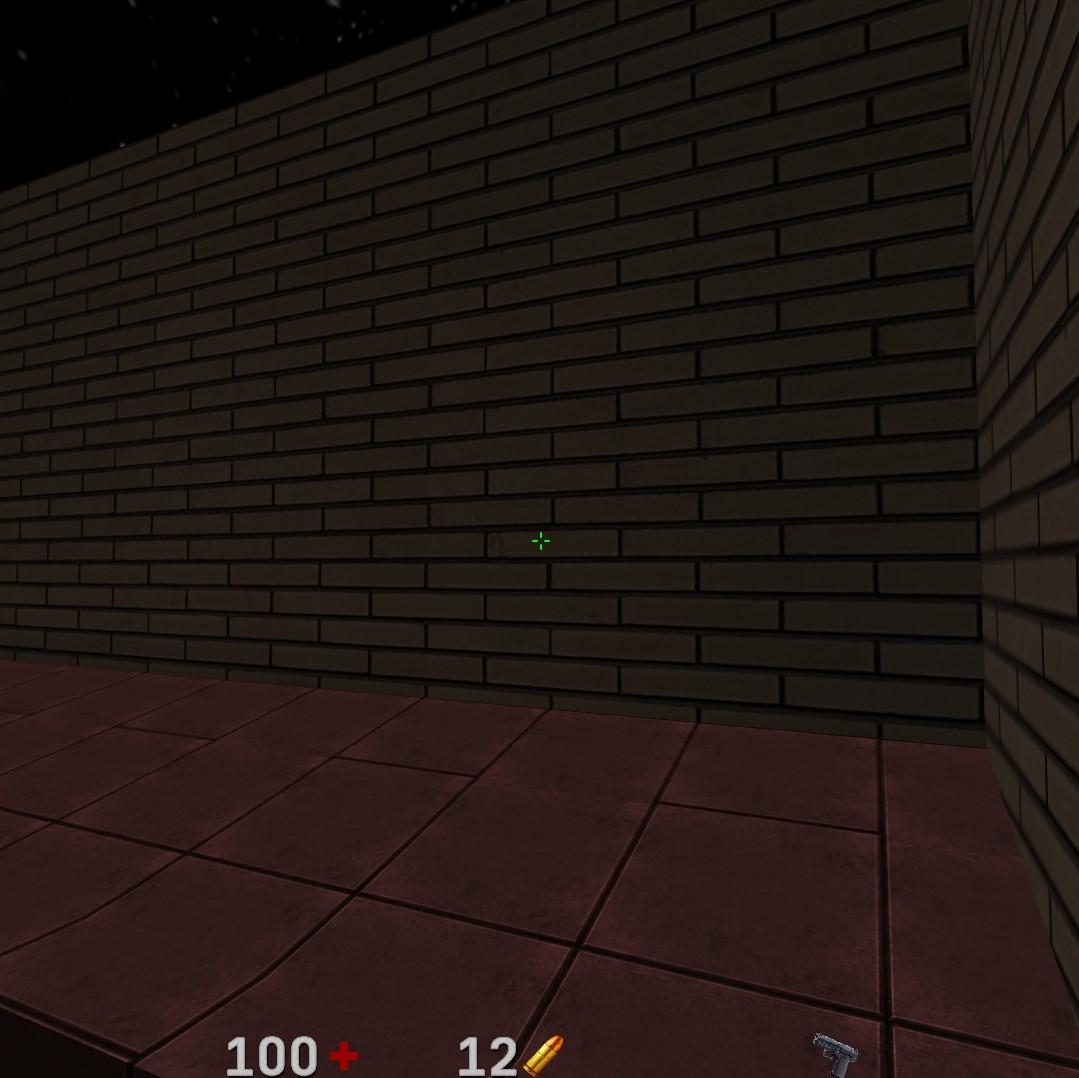 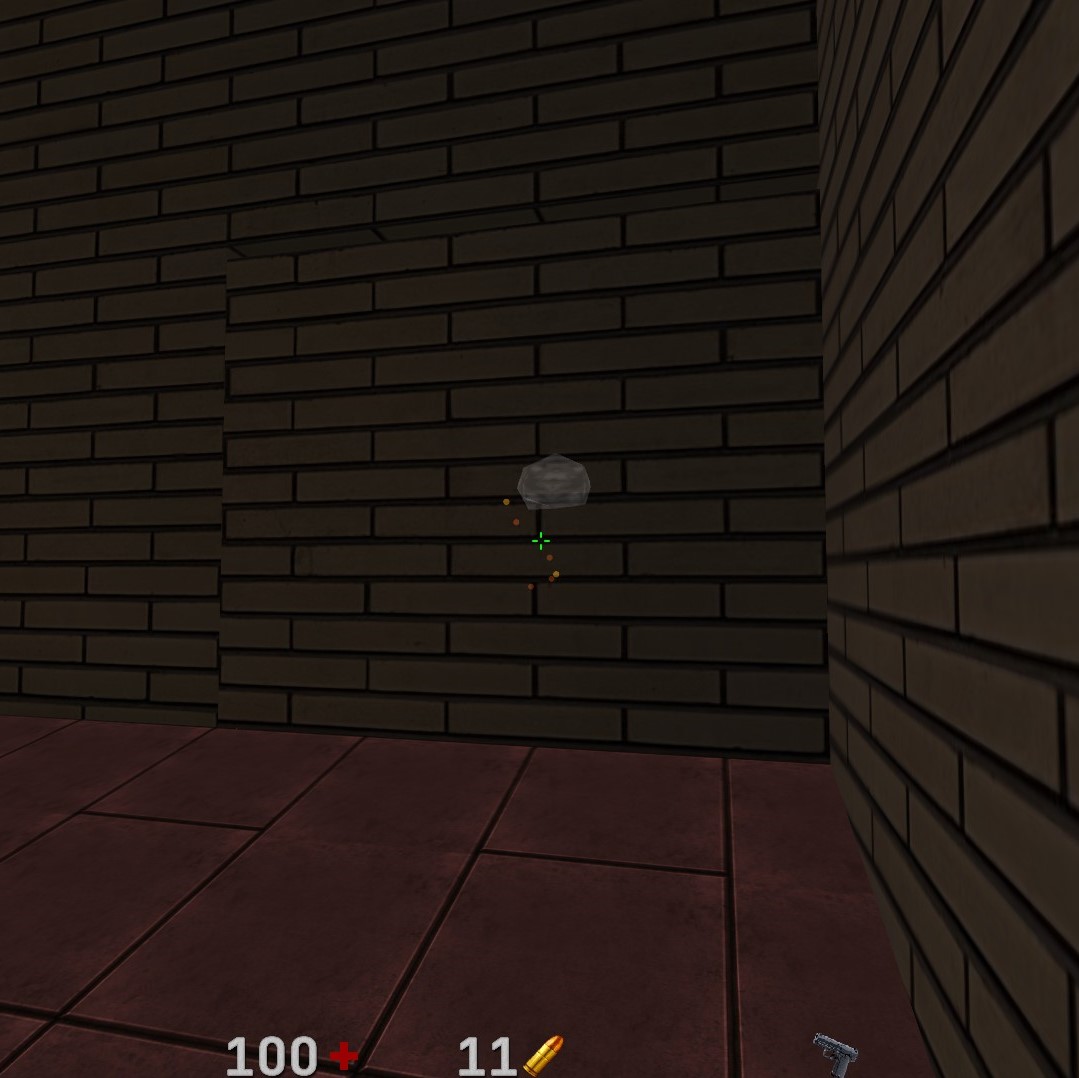 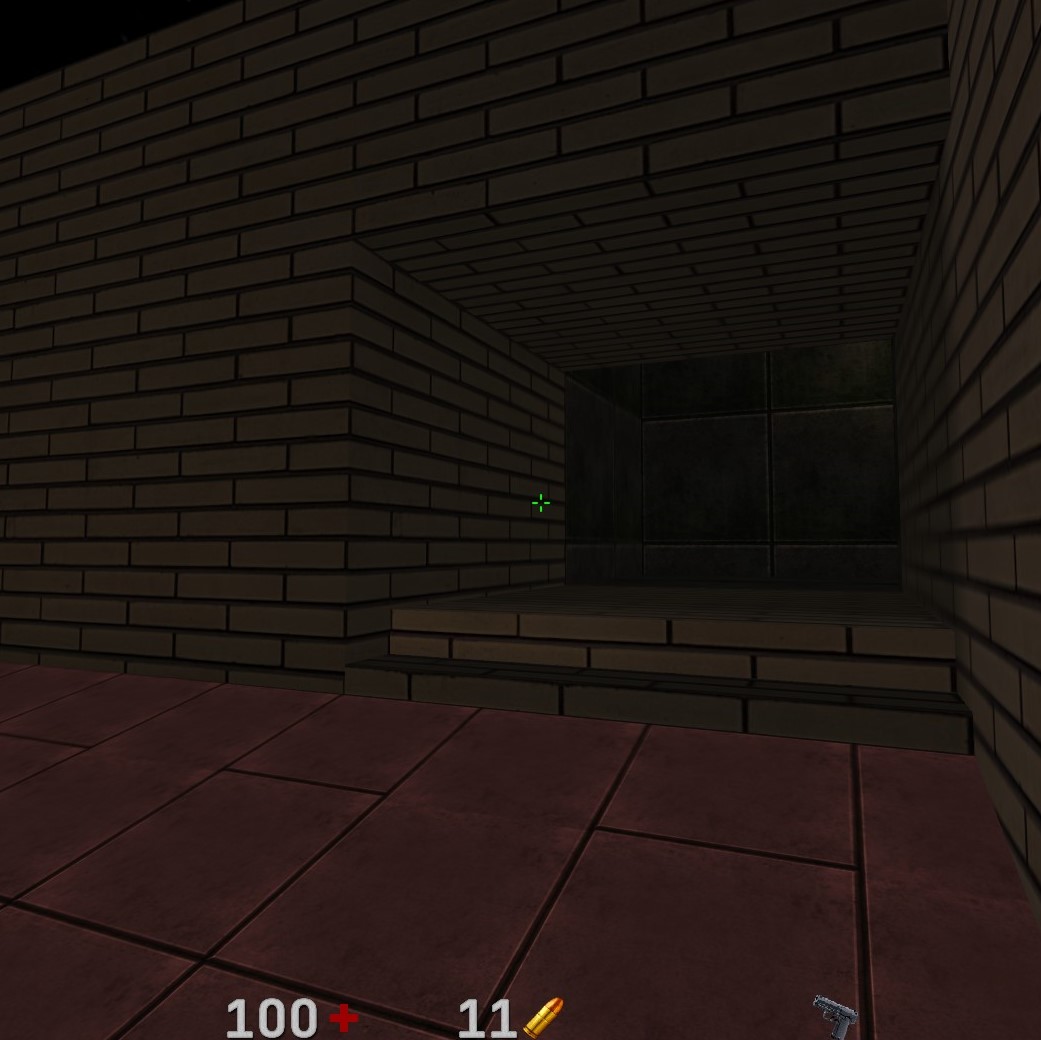 Plenty of maps have underground passages and trapdoors that lead to them. 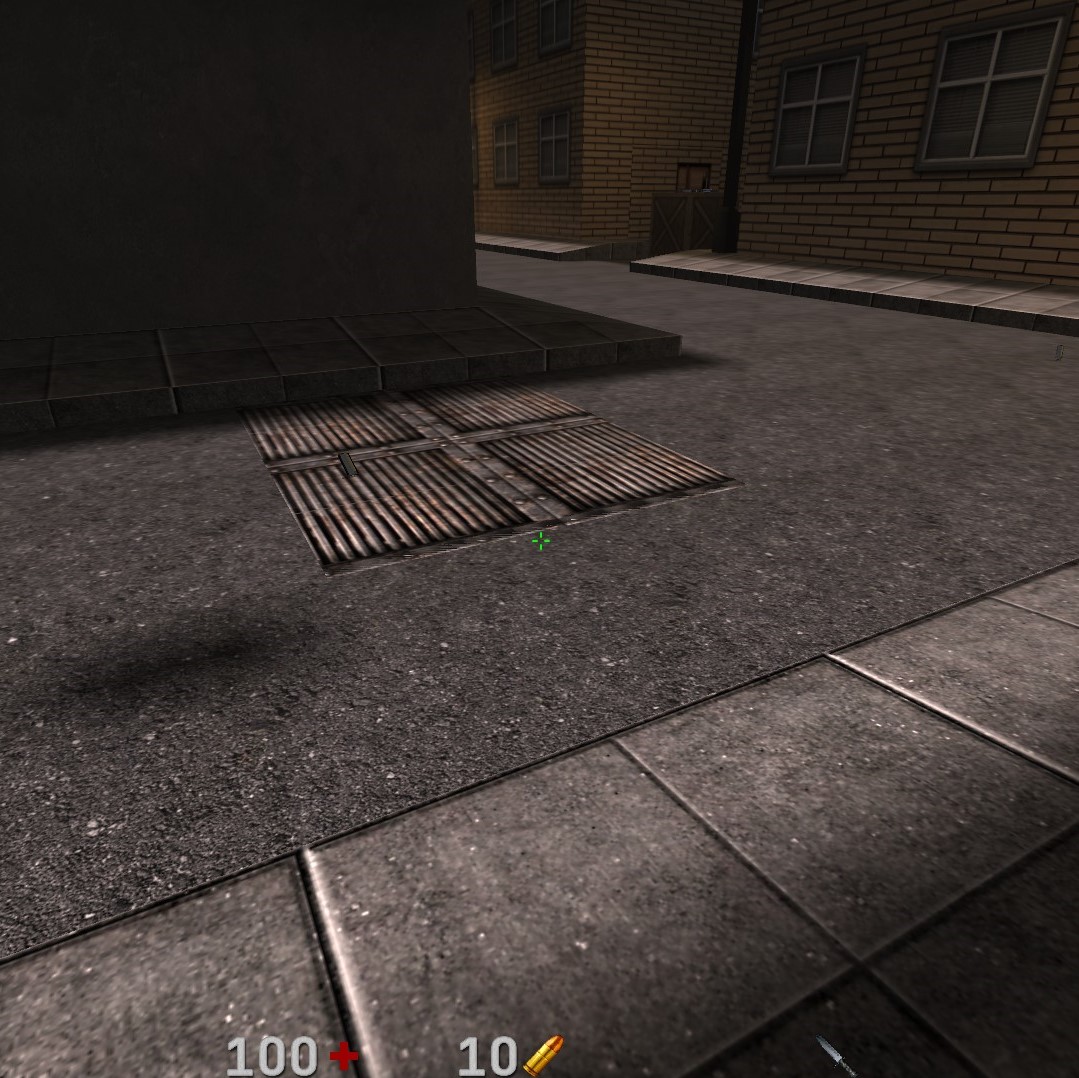 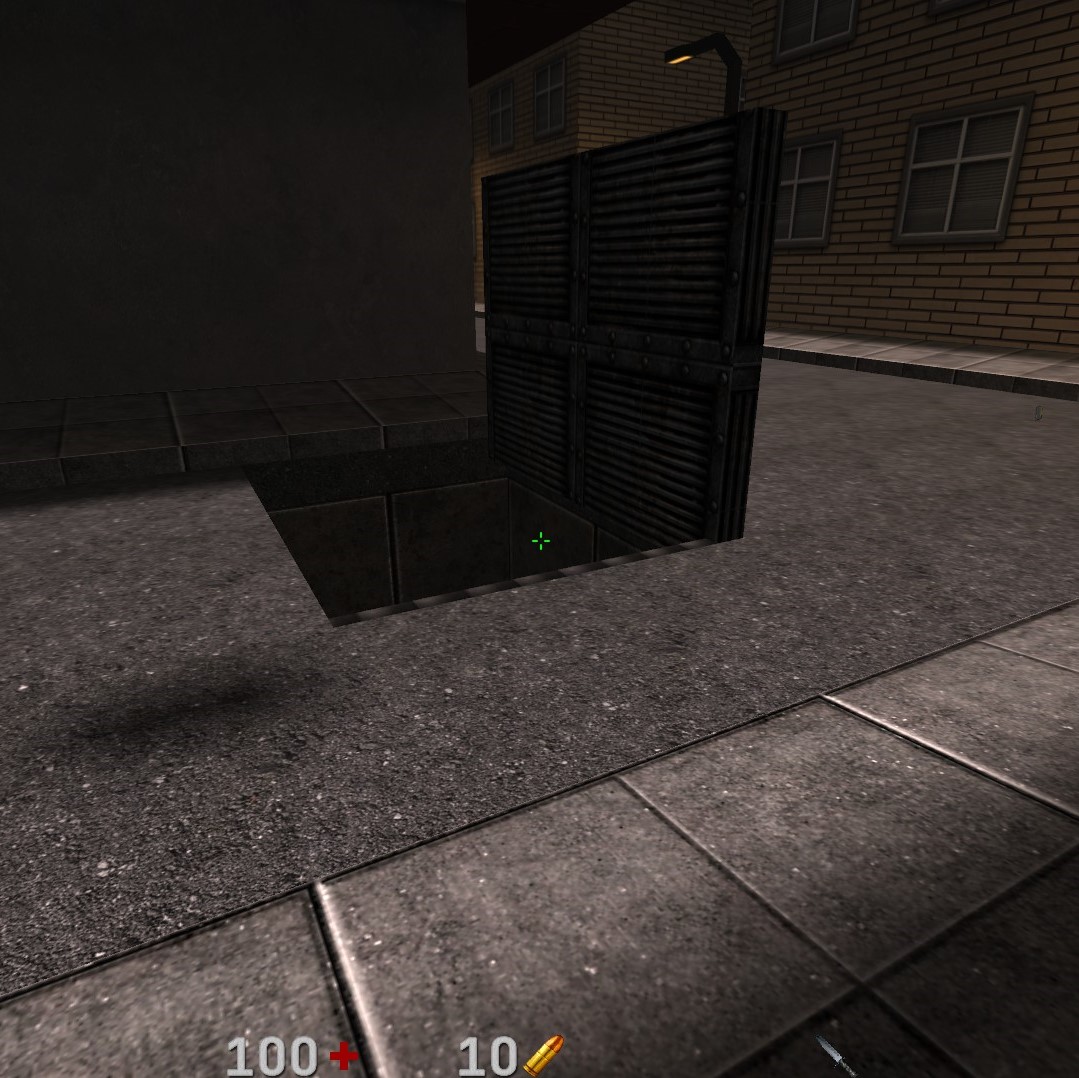 Closing doors on enemies can be a great way to buy yourself time. Be aware, sometimes enemies can kick you through a door if you’re trying to open/close at the same time.

Climbable ‘ladders’
Although made with ‘realism’ in mind, AQ2 was all about the unrealistic elements of Hollywood – climbing a light pole? a drain pipe? an invisible ladder? No problem. All of these are possible pending the map makers wishes. 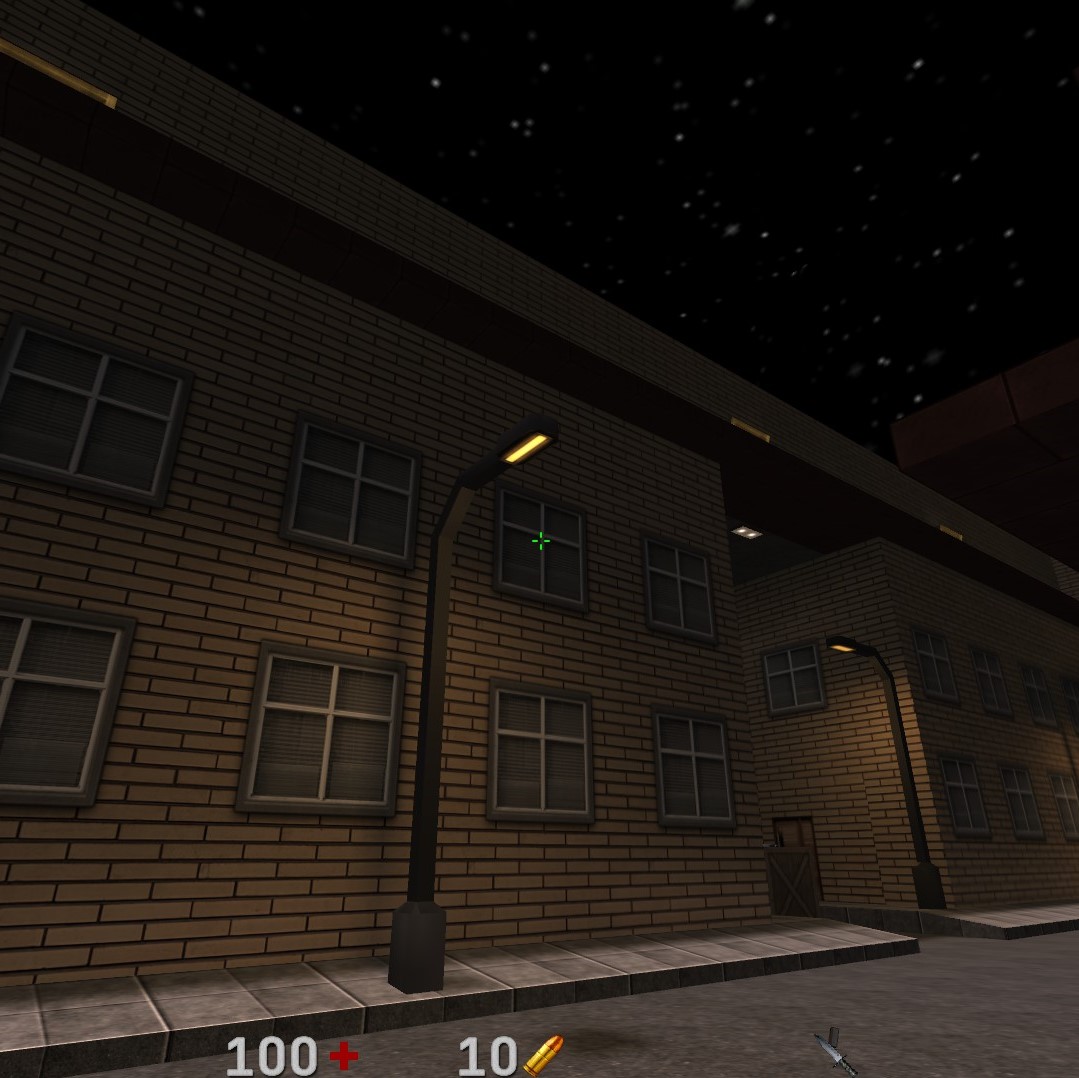 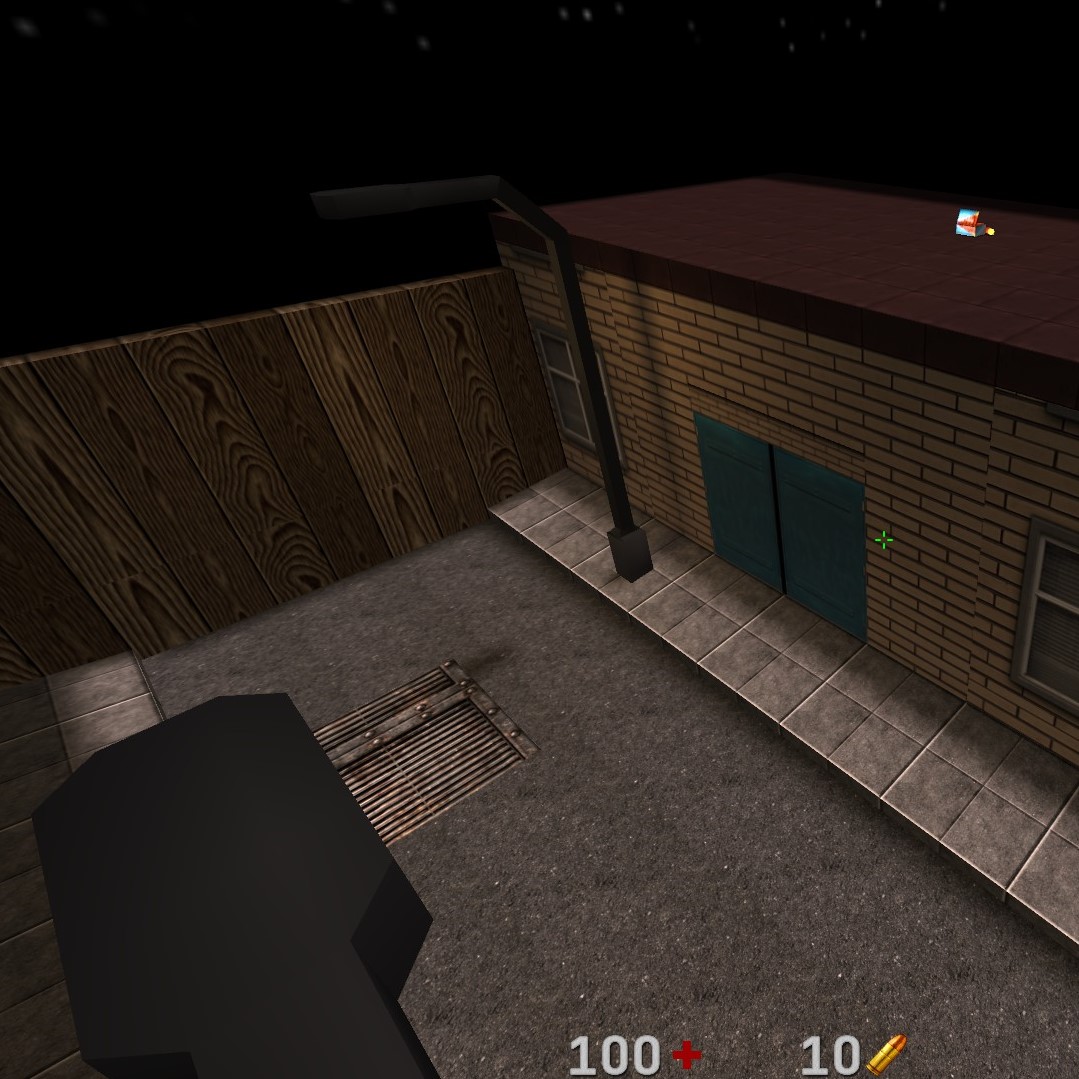 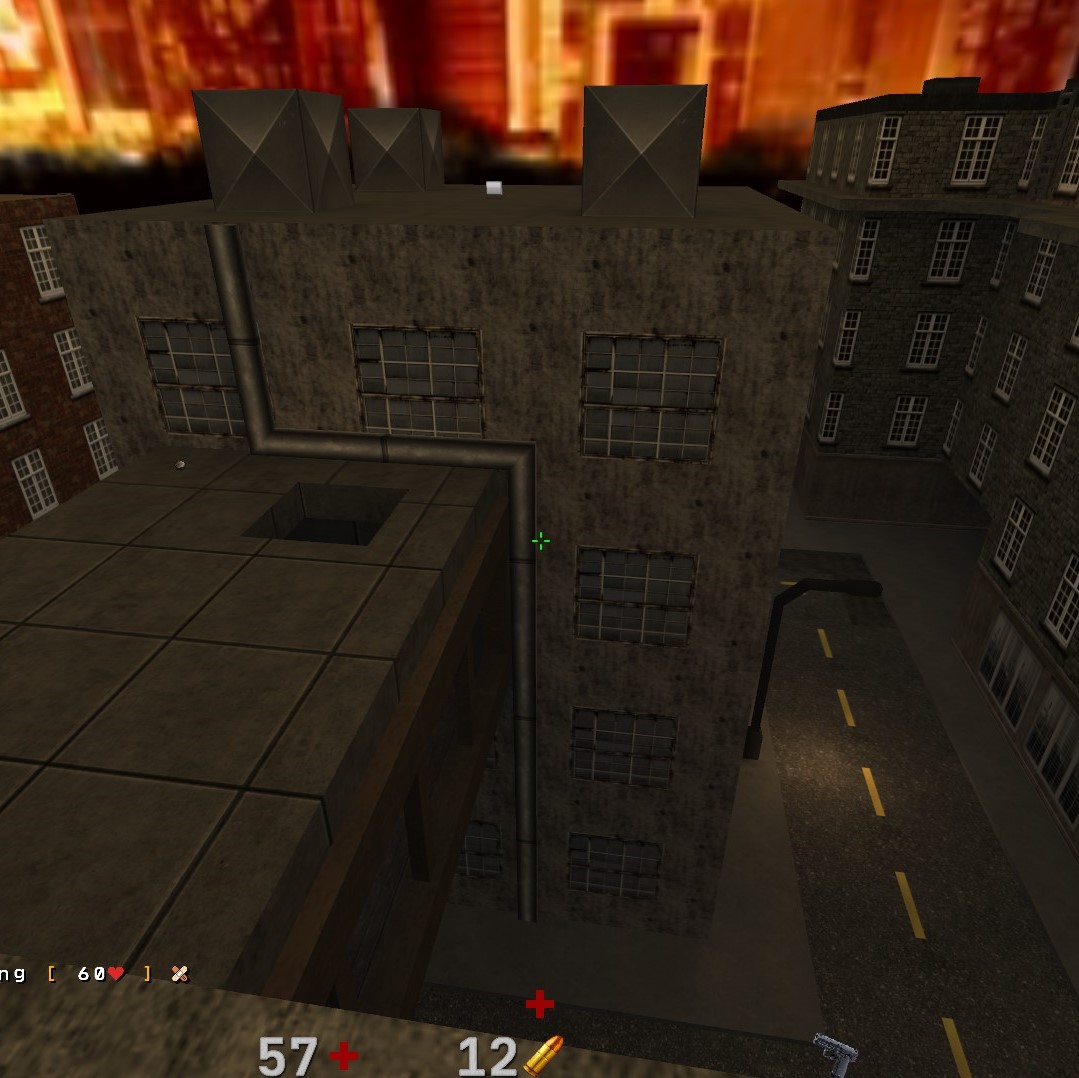 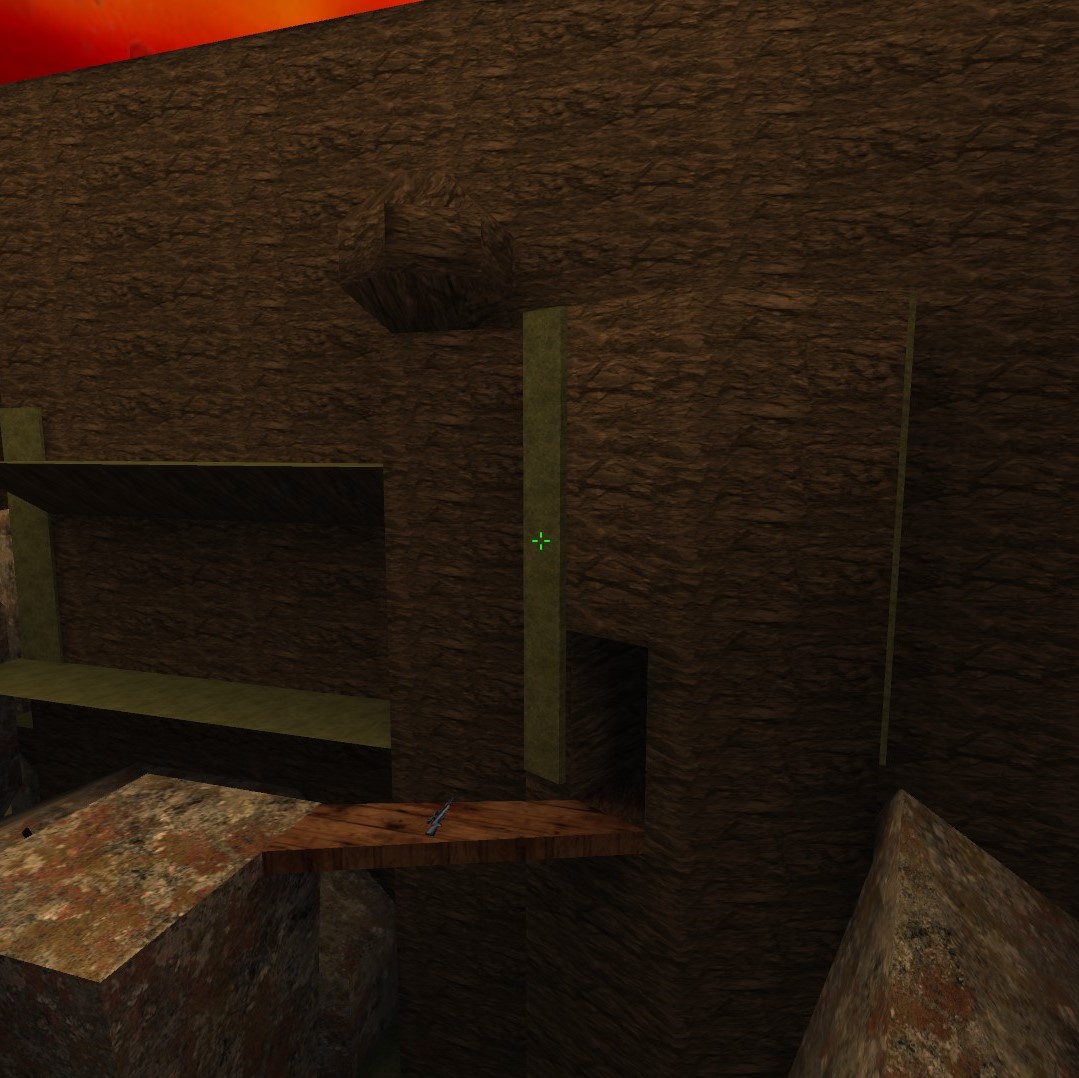 That’s all we are sharing today in AQtion Basics for New Players, if you have anything to add, please feel free to leave a comment below, you can also read the original article here, all the credits goes to the original author td