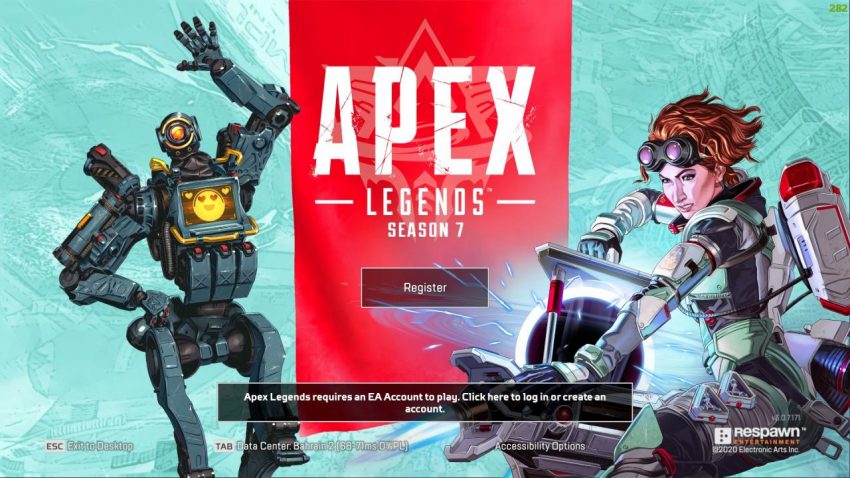 For Apex Legends players, I’m here to fill you in on how the new legend works to help you make the most of her moveset. Here’s a breakdown of Apex Legends’ Valkyrie’s abilities, and a handful of tips to help you get started.

Unlike other legends Valkyrie has three passive abilities alongside her tactical and ultimate. Apex Legends Valkryie’s abilities are: 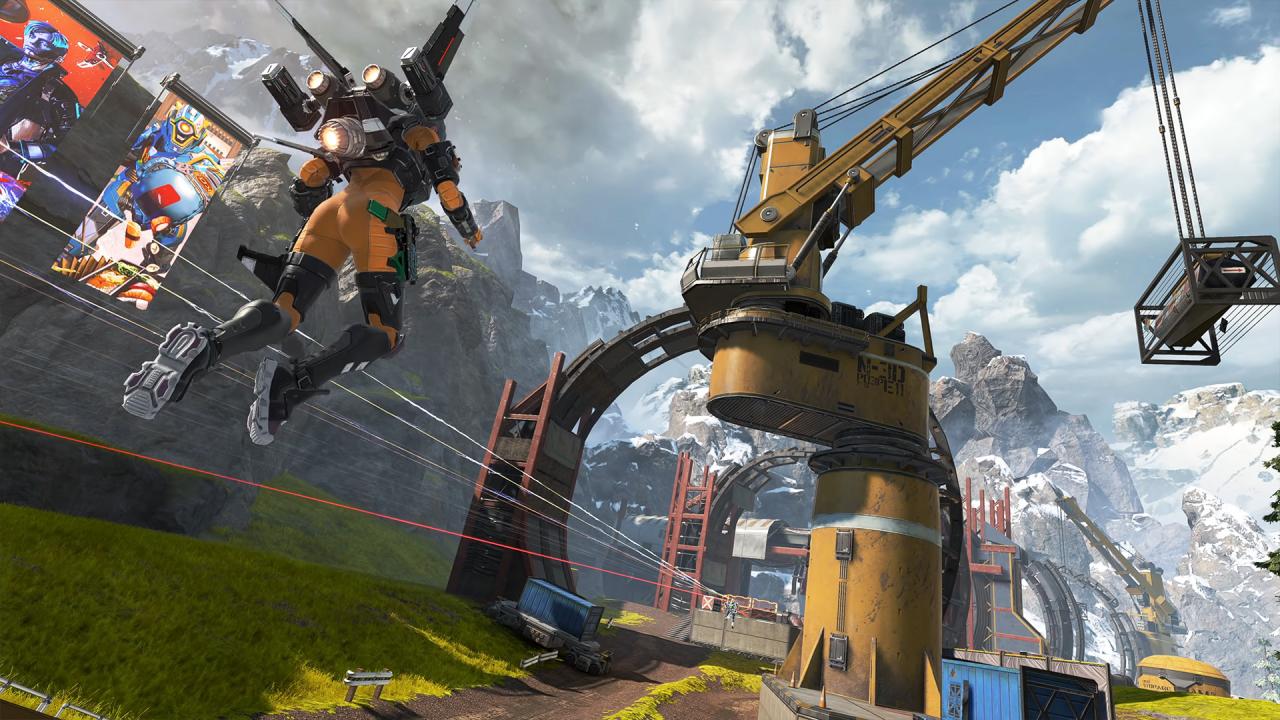 VTOL Jets
At first glance, Valkyrie’s passive looks a strong one. Allowing her to fly up high to buildings and survey the battlefield from up high. While she’s able to save a lot of time doing so, she’s very slow while doing it. Not only will this make her a prime target for snipers, but the jets are also very loud, giving other parties in the area knowledge of your team’s position. An important note here is that Valkyrie is unable to use her weapons while in flight, so you won’t be getting any sick airborn no scopes. This will also stop you from using your weapon for a short time when landing, so try not to overuse the passive in firefights.

Then we get to Valkyrie’s additional Passives. First is her Recon Passive which all Recon characters get, which allows her to scan a Survey Beacon to reveal the map’s next ring location. Second is far more interesting and powerful: while skydiving (whether deploying from the dropship at the start of the game, or using a Geyser or Jump Tower, or using her Ultimate), she and her teammates will gain some additional Titanfall-esque HUD elements which allow them to highlight enemies within range that they have line of sight with.
This highlighting is more like Crypto’s Passive than Bloodhound’s scan: Valkyrie can’t see enemies through walls with this ability, but she’ll see a green triangle around any nearby enemy that she can see, allowing her team to position themselves effectively while dropping.

READ:  Apex Legends how to Unlink your Origin Account from Steam 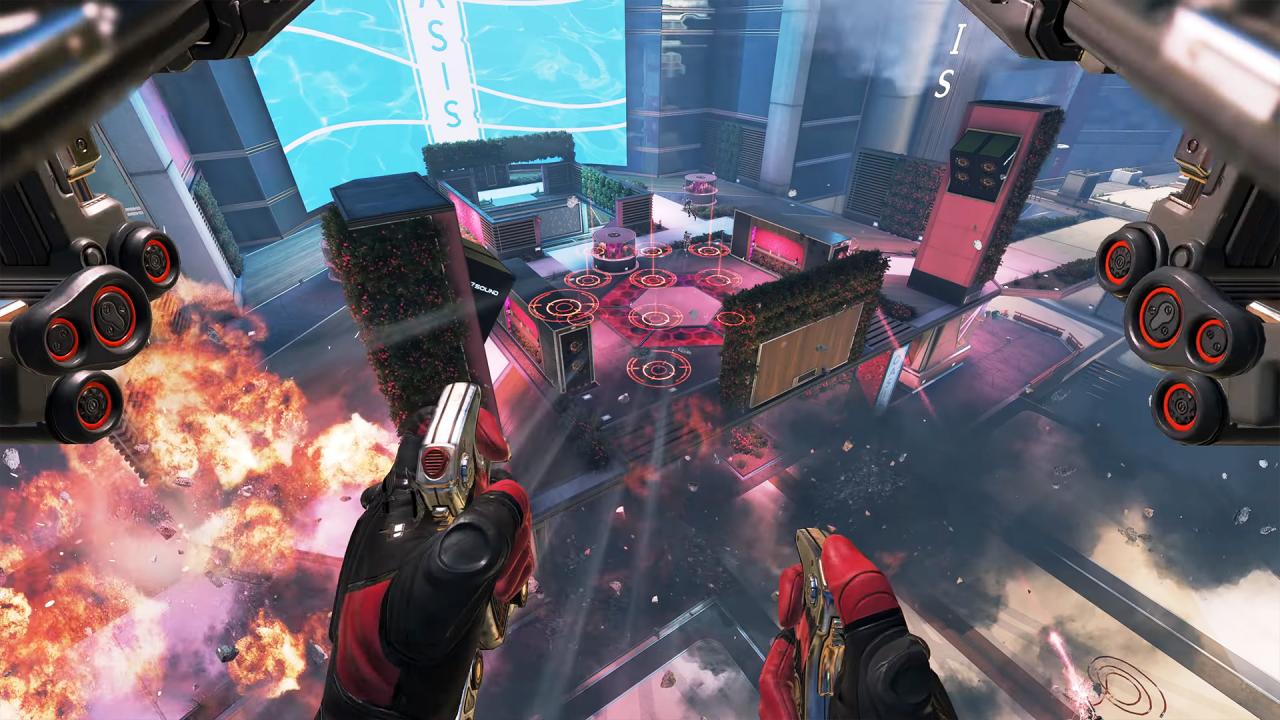 Cluster Missile (Cooldown: 30 sec)
Valkyrie’s Tactical is clearly meant to synergise very nicely with her Passive glide. Cluster Missile will unleash – you guessed it – a cluster of 12 missiles towards the targeted area on the ground in a 4×3 grid pattern. These missiles don’t deal much damage but they act in the same manner as Bangalore’s Ultimate rockets, stunning and disorientating anyone hit for a short while.
The damage potential is more comparable to Fuse’s Knuckle Cluster than to Bangalore’s or Gibraltar’s Ultimates. But the slow and disorient effect makes it extremely potent at halting a push, putting an enemy team on the defensive, halting a revive, and so on. 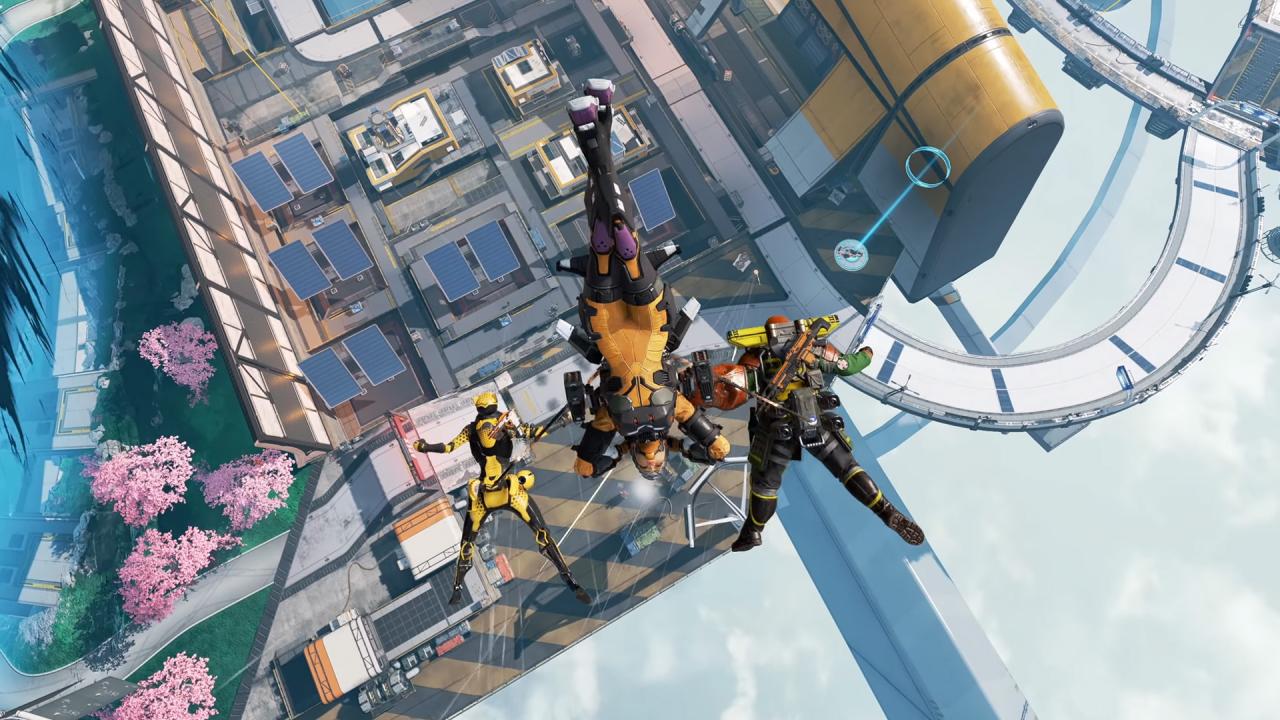 Skyward (Charge Time: 120 sec)
Skyward forms the linchpin of her playstyle as the ultimate third-partyer. This team-repositioning ability will act as a mobile Jump Tower: wherever you are on the map, as long as there is nothing between you and the sky, you can propel your teammates up into the air and initiate a skydive.

Skyward allows for some incredibly powerful repositioning, and it synergises well with Valkyrie’s passive highlighting of enemies while skydiving. The downside is that you’re fairly vulnerable while flying straight upwards into the air, much like a player escalating a Jump Tower; and if you’re damaged during the wind-up phase of the Ultimate, then the ability will e cancelled and your charge level set back to 75%.

Skyward rivals Octane’s Launch Pad as the ultimate tool for getting in and out of trouble. There’s also great benefit in the idea that a team won’t be able to easily follow you if you use it to escape, because it doesn’t leave anything behind that the enemy can use (unlike Octane’s Launch Pad). 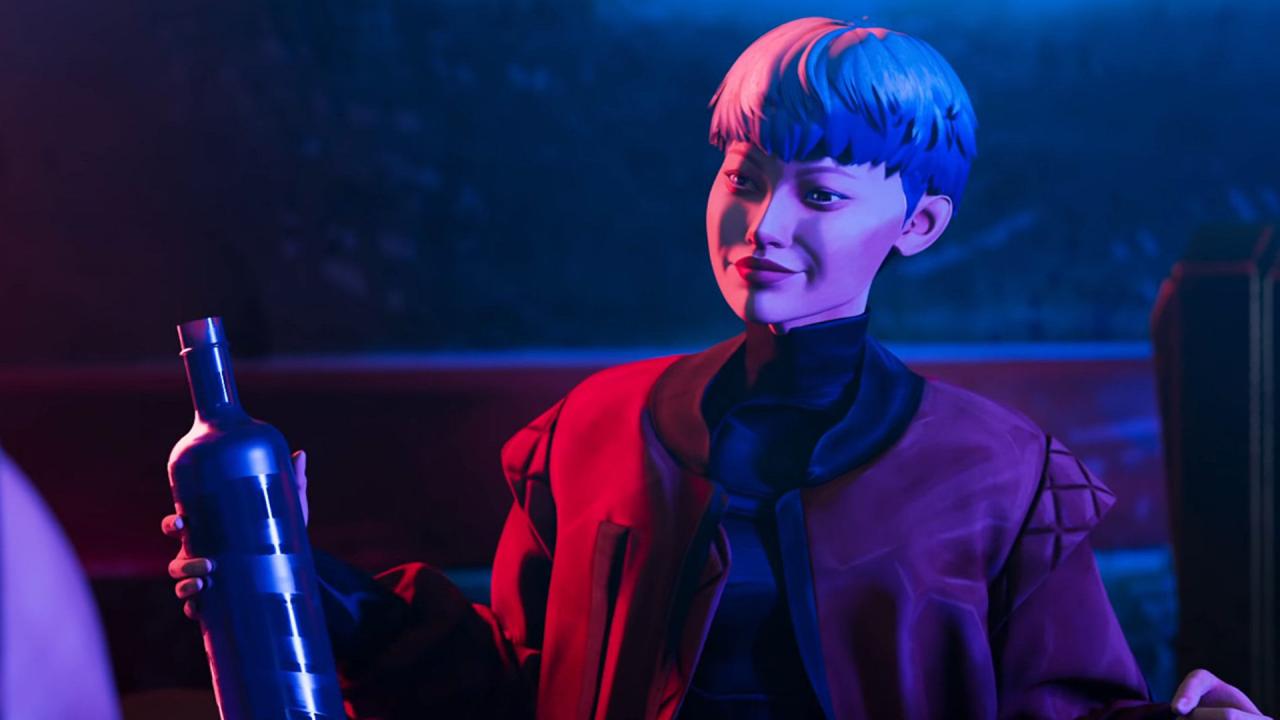 Valkyrie has been designed around her ability to fly, unlocking unique abilities while skydiving. Using her visor, Valkyrie is able to locate nearby enemies similar to Bloodhound’s Eye of the Allfather ability. It’s not all sunshine and roses, however, as Valkyrie is extremely vulnerable while flying. With the addition of a brand new Bocek bow to the game, players will be looking for any opportunity they can get to snipe any unarmed flying objects.

Learning how to play as Valkyrie will take some time, as her skill ceiling is sky high (pun intended). While she has some fairly obvious downsides if you use her abilities incorrectly, Valkyrie has the potential to earn a top spot on our Apex Legends tier list.

That’s all we are sharing today in Apex Legends Valkyrie Guide (Best Tips & Tricks), if you have anything to add, please feel free to leave a comment below, and we’ll see you soon.
Credit to Takashi