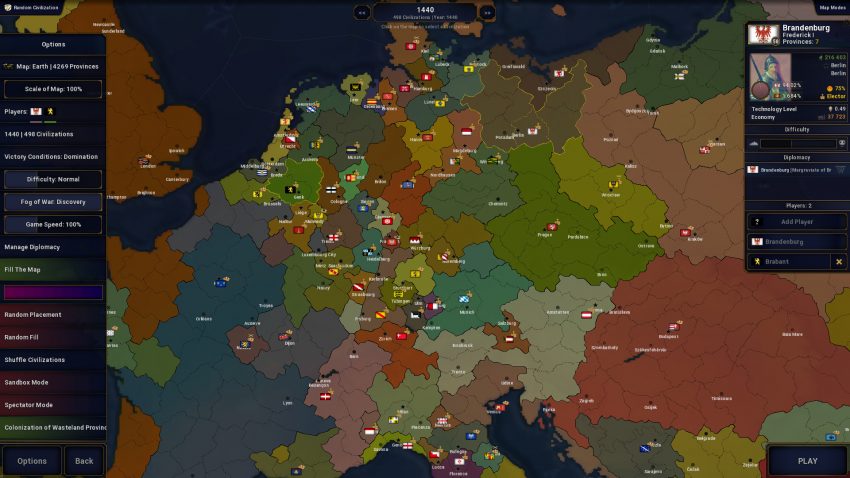 1. If you make a trade deal to a country, for an example, England and give them 500 gold if they declare war on for an example, British Raj, they will do so. This is good if you want to take advantage of a weakened country to invade, or if you’re at war with a powerful country, and need help defeating it.

2. Development.
Development is really important. The more developed your province is, the more money it makes. This can be a bit overwhelming with large countries, but it is a very effective way to spend money.

3. Defence
I would advise that if you’re up against a powerful army in one province, instead of attacking that army with a bigger army, you let them hit first. Why? Because they’ll take more casualties than you. A lot of other players also recommend this.

4. Alliances
Alliances are usually a very good thing, but a lot of the time it can mean having you dragged into battles.

5. Non-Aggression packs.
If you’re a large nation and can’t be bothered putting troops around your borders, for an example the United States, just sign non-aggression packs. The only downside is that if you want to attack them you will have to wait for them to expire.

6. Easy Domination on 350 provinces.
I can’t remember how many provinces there are on that map, around 350? That’s not important though. In that map just stay neutral and then late game invade Iceland, the Phillipines or NZ. Late game they have great economies, and a low army, so they are very ripe for invading.

7. Late Game
If it’s late game and you have a lot of money to splash around, spend a lot of it on goods, so you have a much larger army.