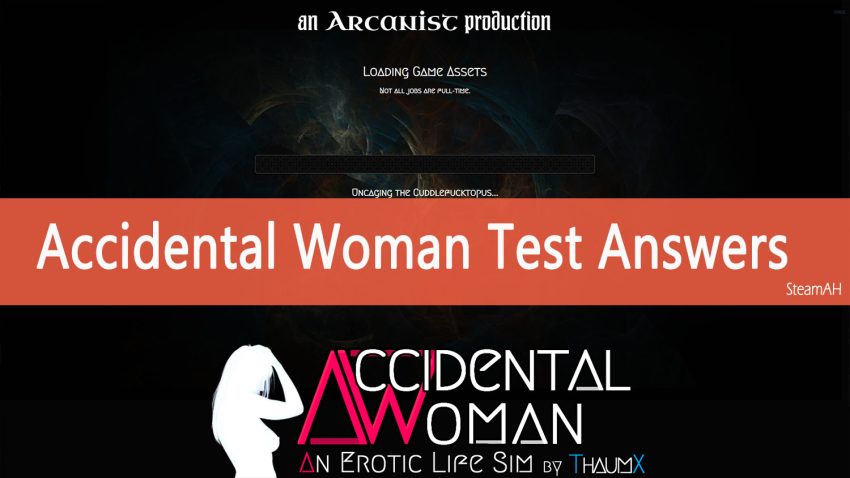 Accidental Woman is an interactive fiction life sim game developer by ThaumX. It’s built-in Twine Sugarcube, and can be played on most OSes and smartphones. this guide will list all answers to Scientific Aptitude Challenge Test. I hope this guide will help you.

Q. 1. Oil, natural gas and coal are examples of…
A: Fossil Fuels

Q. 2. A group of scientist is conducting a study to determine how well a new medication treats ear infections.
The scientist tells the participants to put 10 drops in their infected ear each day. After two weeks,
all participants’ ear infections had healed.

Which of the following changes to the design of this study would most improve the ability to test if the new
medication effectively treats ear infections?
A: Create a second group of participants with ear infections who do not use any ear drops

Q. 3. Which of the following is an example of genetic engineering?
A: Inserting a gene into plants that makes them resistant to insects

Q. 4. What is the main cause of seasons on the Earth?
A: The tilt of the Earth’s axis in relation to the sun

Q. 5. These graphs show the monthly precipitation and average temperature for three cities in the United States
over the course of one year. Based on the graphs, which city has the greatest annual range of temperatures?
A: Chicago, Illinois

Q. 6. The time a computer takes to start has increased dramatically. One possible explanation for this is that the
computer is running out of memory.

This explanation is a scientific…
A: Hypothesis

Q. 8. When large areas of forest are removed so land can be converted for other uses, such as farming, which of the
following occurs?
A: Increased erosion

Q. 9. An antacid relieves an overly acidic stomach because the main components of antacids are…
A: Bases

Q. 10. Which of these is a major concern about the overuse of antibiotics?
A: It can lead to antibiotic-resistant bacteria