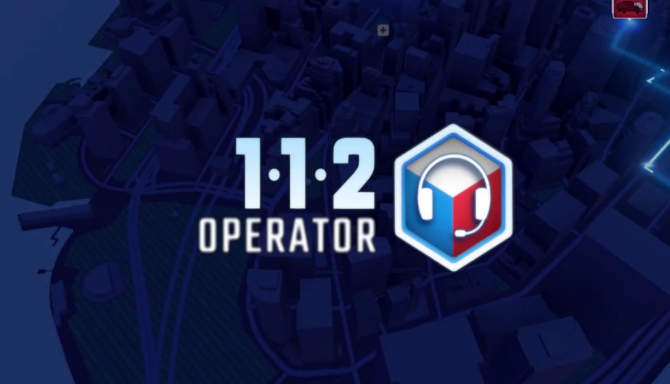 Guide of active in-game cheats, their usage, effects with examples.

First of all, majority of cheats are locked, so without prior unlocking, only handful is available, and these are:
– ChangeLangTo
Gives ability to change language without going to main menu and then settings. Requires typing code of the language (e.g., en-US, pl-PL, de-DE). Full list of codes of supported language can be found in game folders. Beware that works only partially during duty.
Example: ChangeLangTo de-DE
– ReportError
Brings up error reporting UI, accessible via esc menu as well. Not available in main menu, but can be used on loading screens.
– Save
Generic save command. Does not actually work properly at the time of writing.
– SaveGame
Another game saving command. Allows you to give a name to your save, but the name is not displayed though. To make it work, you have to add “Save_” prefix to your name, e.g., “Save_mysavegame”
Example: SaveGame Save_mysavegame
– UnlockAllCareerStages
Available only on main menu. Self explanatory – allows you to play on all career stages on free game.
– ResetConfig
Available only on main menu. Creates new config file, hence resets you settings.

Unlocking additional cheats and their use

To unlock remaining cheats you have to type “EnableCheats” in the console during management or duty, as it won’t work in main menu. Moreover, it has to be done after each duty (finishing or failing one resets the status of this command). This gives you access to variety of cheats, some of which are really useful. They are, as follows:
– AddCareerPoints
Type amount of Career Points you wish to be added to your balance.
Example: AddCareerPoints 10
– AddExperienceToAllMembers
Will work only during management. Type amount of experience you wish to be added to each team member.
Example: AddExperienceToAllMembers 100
– AddExperienceToSelectedMember
Can be used only in management phase – select a member (like for switching) and activate the cheat.
Example: AddExperiencetoSelectedMember 100
– AddRandomSquad
Allows you to add random unit (vehicle and members) of selected type and amount. Can be used only during management.
Example: AddRandomSquad police 1
– AddRandomSquadWithVehicle
Allows you to add selected vehicle with members. Like above, can be used only during management.
Example: AddRandomSquadWIthVehicle ve_polvan
– AddReputation
Type amount of reputation you want to be added to your balance during duty.
Example: AddReputation 30
– DealDamageToOnSiteSuspects
Requires at least one unit to be present on site you want to affect by the cheat. For best results, pause the game shortly after arrival. Select the incident and unit, open console and type the cheat. Add amount of damage you want to be dealt (100 = kill).
Example: DealDamageToOnSiteSuspects 30
– FinishDuty
Finishes current duty as a success and solves all active incidents.
– FireBurnCursor
Allows you to spawn large area fire – double click on the map to start small fire. Spam around more to make it bigger. Escape button disables the function but be careful – you have to have the console hidden to disable it.
– GameOver
Fails current duty.
– GiveMeTheMoney
Adds set amount of money. Important: Beware that it works on integers, hence if after using this cheat your balance suddenly becomes negative, you still can buy. It’s just caused by limit of value integer can store.
– KillAllSuspectsOnSite
Works after following the same steps as with DealDamageToOnSiteSuspects.
– MissionSuccess
Completes current mission. Can be typed during duty and result will be seen after one.
– RemoveCareerPoints
Deducts career points from your balance. Works the same way as AddCareerPoints with negative value
Example: RemoveCareerPoints 30
– RemoveMeTheMoney
Removes set amount of money. It’s just GiveMeTheMoney, but with negative value.
– SetPrecipitation
Allow you to set percipitation in mm/h
Example: SetPrecipitation 7
– SetTemperature
Allows you to set temperature in Celsius degrees (if you’re Farenheit – just know that -10 will be enough for cold, 20 for medium and 30 for hot 😉 )
Example: SetTemperature 20
– SetWeather
Allows you to set all three weather elements, but as for wind – less precisely. Values are consecutively temperature, precipitation, wind speed.
Example: SetWeather 30 0 7
– SetWind
Allows you to set speed and direction of wind (0-359, clock-wise)
Example: SetWind 12 205
– SkipDuty
– SolveAllIncidents
Solves all incidents on the map, if it’s less than 10. If it’s more – solves 10 and you can use the cheat again.
– SpawnIncident
Spawns selected incident in random place. List of all incidents is not needed, because the console shows you all possible selections.
Example: SpawnIncident rep_speeding
– SpawnIncidentAt
Spawns selected incident in district selected by the user. As for selecting district, I’d suggest to use the syntax helper and click on desired district. I haven’t figured out yet the format of district.
Example: SpawnincidentAt rep_speeding “Mokotów”
– StartCall
Starts selected call. Like in SpawnIncident, you don’t need list of calls due to visible selection.
Example: StartCall c_booty
– StopAddingCareerPoints
Disables adding career points after duty. Results in two benefits – Difficulty level (amount of incidents) does not rise, and on free game, you aren’t forced to expand area anymore. This is based on boolean, and selecting “true” activates the cheat. Use “false” to deactivate and gather Career Points again from now on.
Example: StopAddingCareerPoints true
– UnlockVechicle
Allows you to buy a vechicle which has not been unlocked yet. Again – suggestions are working so ID’s are available in the console.
Example: UnlockVehicle ve_horse

Most of the cheats requires adding a value (e.g., SpawnIncident rep_speeding). It’s fortunate enough that the console is throwing the values that the user can add to make the cheat work, or provides type of value which is needed. Still, if you need brief explanation, below you can find explanation of four types used in the game:
boolean – accepts only true/false statements. Used in, for example, StopAddingCareerPoints
int – integer – simply a number, accepts both positive and negative.
float – floating point number. Has to be 0 or more, accepts numbers after commas, so it can be 1, 1.2, 1.23 etc.
String – contains predefined words, so the console says what we can type there.
READ:  112 Operator: Basic Guide & Review

The guide is up to date in accordance to version 3265, and content may be changed in further releases. Nevertheless, I will try to keep the guide up to date with updates.