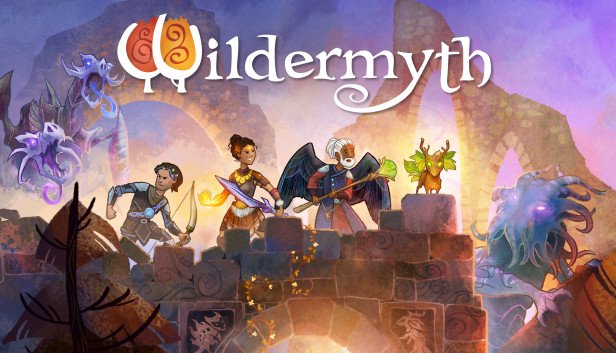 For Wildermyth players, this guide is going to give a brief comparison between vanilla and available mods available on Steam Workshop. So that ideally, the including/removing of mods don’t break your saves or legacies.

Intro (disclaimers, and why.)

Heya all. Welcome to some lazy mod guide, that I’ve decided to write for this game. Partially so I don’t forget. And partially so I can remind myself, to update this guide. With visual examples/proof, analysis on how each good mod is/are working. And maybe later, make this as a sticky note/guide for which order, is best to have mods load in. To avoid a “just works” foundation for when this game eventually has far more than 100+ Mods.

As things are; this mod guide is a very rough, work in progress. All I’ve noted right now, is conjecture. Instead of picture/video captured evidence, to infuse life to this guide. Still, rough draft wise, I hope it helps aspiring wannabe modders, to pick and download/use the mods that suit them best. Which I hope this guide will help everyone here with.

That said. The biggest reason I decided to make this hack of a guide, is due to having text/description issues with after a grab bag of mods. Noticed how “Greatspears?” (Or something like that) were called “Dueling Swords”, or such. Which frankly, does not do justice in execution.)

So, with that in mind. Here’s my lazy notes/comparisons for mods, in contrast to vanilla. Note, as this is covering modded contents, this could change in line of Wildermyth updates, or mod updates or bug fixes. But in light of this game just reaching 1.0, figured it’s safe to waste some time, covering mods, instead of well; play the game.

In case of buggy mods & updates

Full disclaimer. Since Steam can be a bit ‘fun’ in not functioning properly in updating any Steam Workshop mods, when they update. Odds are, if your mod is bugging up, and there’s an update. It’s best to unsubscribe, wait a bit. Then resubscribe to download the updated subscription.

If that fails to fix your issues. Then the ‘nuclear’ option is to mess with your steam workshop folder for Wildermyth. Identify the offending corpse of a mod, and delete everything in that folder. Full disclaimer on this method however, is it’s a far more nuclear methodology.

Since he’s got a lot of mods in a collection. I’ll attempt to cover everything individually, in mindfulness.
Note: As of this writing. This covers all the “1.0” mods. This guide would not cover any additional tweaks, or future 1.x update, mod wise.

IE: The “may have bugged my weapons” description/s mod.

In principal, very nice in having varieties for some added weapon categories, tactical variety wise (I love my greatbow). In practice…

Categories don’t mesh well. And this visual example is at it’s mildest? (Compared to say, “Dueling Swords” for Spears?) ”XX” (some other description) for modded greatbows, instead of greatbows. Etc.

Especially when by all accounts, it’s a glaring clash in contrast to how neat Vanilla’s categories are organised.

Still, in some lens; I can appreciate this mod, for giving some more mechanical variety for weaponry, so there’s that.

But more honestly, this is one example of the mod, working on armor descriptions. I’d hope/presume. Only, I just wish that the starter armor looked maybe, a bit more like this for Archers :3

That said. In concept; I love how it gives variety to armor sets. Just a shame it feels as if it’s at the expense of consuming the ability to *wear*, vanilla armor. Or in another lens, what this mod does, is overwrites all the vanilla armour, with a variety of five sets instead.

I mean, on one end, better variety. On another end, your vanilla armour will be altered (cue Boo! Greek low tier archers!) And that’s at it’s best. 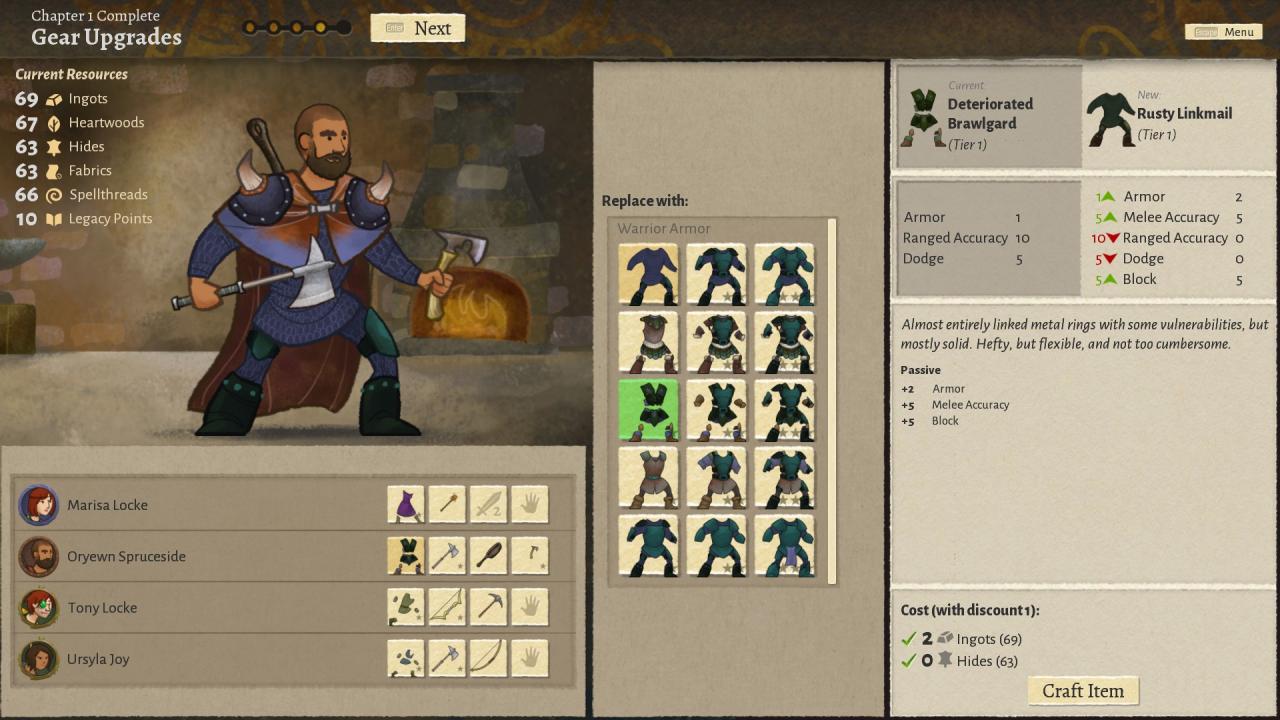 One issue I’ve noticed the Armor mod has (alongside weapons.) Is a “category name” bug, description wise. Especially when not so great, it calls the armor after “Greatsword” to “Hammer” categories, in reference.

As of this updated comment. Smoker has fixed that issue, with making everything look more like vanilla armor descriptions/comparison. And by a day late on top. Had to uninstall/reinstall my mods just for safety sake. Now that I think of it, I’ll add that as a general advice, for buggy mods. 🙂

“You need to burn the rope” (for faster bridge construction). :3

More seriously, on principal, nice. Nice in that it expands on the shield off-hand, among others. So in theory, should work alright?

(Let the) “Spirits are always with you!”

More honestly, expands on armor blessing/s by a ton, so in theory; nice. Problem is, all fine and dandy until you’re dealing with lots of magical shields, that might at a glance, be ‘weaker’?

Eh, nice in concept. Dunno if it trigger’s well by normal comic events though, so that’s a bummer.

Past the fact you may need to fudge/tinker with hair settings a notch/ton on acquiring a helmet. Nice in principal, augment wise. Just, be mindful you may need to edit/remove hair, and/or facial expressions if you get a helmet override your character’s face/appeal.

On one end, wish they added more helmets. On the other end, I’d understand why the devs may not ‘like’ helmet augments, if it could be at the expense of seeing character visuals/faces. So at the end, you do you (on helmet visuals.)

Note; at worst – you may have to install the InvisibleFacialParts mod by Pauly D, if you end up having features stick out of stuck on helmet Augments with this mod.

As an aside. Though to a tweaking degree, it makes it worth changing hooks a notch better, and some variety to vanilla character gen on additional traits. It does not fix the vanilla issue on character gen being ‘set’ on initial stat bonuses, being tied to pre-generated hooks in the history/origin section. Now, if that was fixed to enable ‘custom’ pre-set history (either by update, or mod.) Then that would be the greatest blurb update (or mod.)

Have yet to been able to interchange between gear, icon/how doesn’t appear to me?

Also, the fact augments are limited by this same principle, AND relies on the “Expand Augments” (1.0) mod to utilize, makes it more of a nightmare to ‘swap’. So, as of this writing; can’t assure it’d “just work”. Though nice in concept/theory.

Do you want to be more than a (theme/feature limited) fairy?

Well, these collection of mods are for you. Pick/choose which you like best, in mindfulness to vanilla transformation conventions. Just note that some ‘expended’ transformations, go in contrast to modded in features/themes that vanilla has. Take of that what you will.

More seriously. Though nice in theory, be mindful that any theme/event mods, are situational on luck, and may spiral/lead to potential glitches in event triggering, or meshing. Especially with grabbable gear/weapons.

In color and saturation tweaks, in theory shouldn’t hurt. Have yet to encounter or hear of horror stories saying otherwise. :3

This is of course, on Smoker’s “Blood & Color” visuals mods. This does not take into account, various theme mods, mentioned above. Or the face mods. Which I’ll touch on soon.

Misc Mods yet to try out (on my end)

As a bias. Anything not listed yet, I’m trying. And yet to cover a consensus/issue with it. (Still seeing if there’s potential issues with Grab mods in the long run/term.)

In theory, should be nice/modular in addition. But do be mindful on hair, faces and facial expressions. Especially if it either clashes horribly against ‘vanilla’ head/hair shapes. Or worse; on editing/character gen, you end up with a “phantom” face, or worse.
Bad Mod example – InvisibleFacialParts 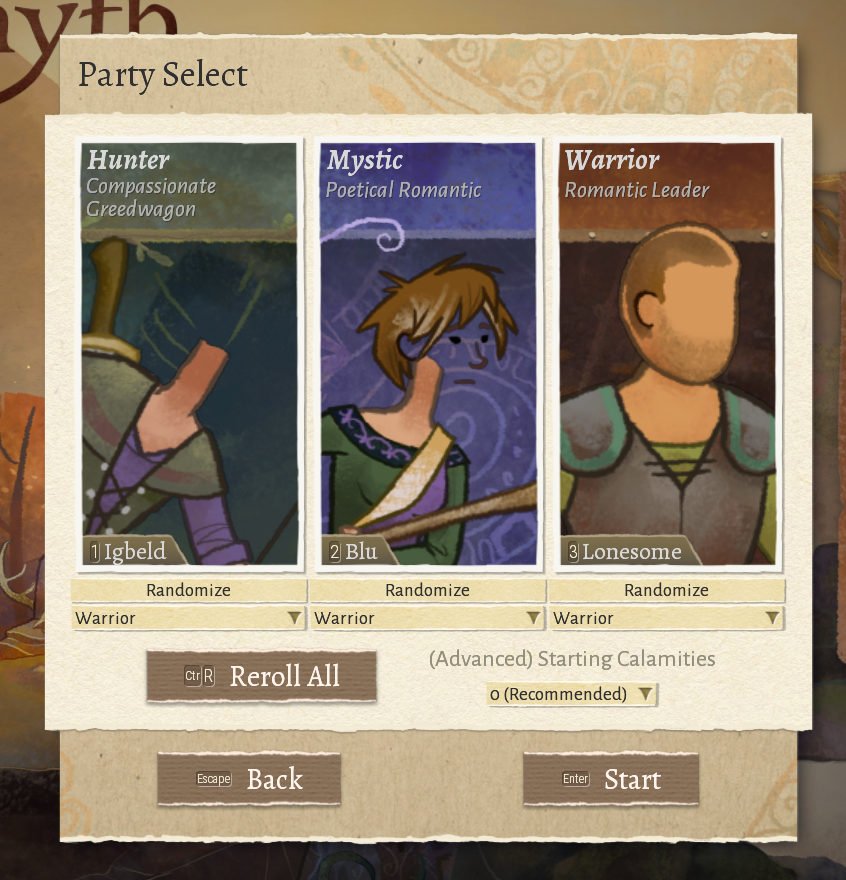 Thankfully, any visually generated issues should be easy to fix, on iteration. Just, be mindful on potential visual issues.

Oh, and by the by. This could also intentionally be invoked, if you install the InvisibleFacialParts mod. In which case, good for fixing helmet issues, if going the “Don Thy Helmet” mod, or in case of transformation issues in visual display. Like say; “Bear/Crow” head?

There are face mods. And then there are face mod/s that add not just options, but additional features, ear set/s, etc. And eye colours. Enough to satisfy the most hardcore of fantasy tinkerers, for their Drizzle and Urbens.

More seriously. The moment you start using these mods, alongside the “Don thy Helmet” mods (any, or all!) Is probably the moment you’ll begin to have a chance in running on some ‘fun’ expression random generator issues. But in the end, you do you.

In general/so far, as of writing. Event mod/s are a bit underwhelming/not appreciated. So it get’s it’s own section here.

Some potential mods within this list? (Give/take, possibly blur’s with other mods.)

Some event mod/s that may cause issues, FAIK (or had issues.)

Stuff I’ve yet to try;

So much of lesser importance. That I figured they need their own misc. Section to be given due love.
SOGA’s Crossbow

(See the “Smoker” weapon mods, now apply to a crossbow? Dunno if this is better/worse for off-handed crossbows. At the end, your choice.)

Just installing these, may make you have to deal with multiple campaign option/s, outside multiplayer. The fact you could start with five heroes in a single player modded campaign, is heaven on a headstart lens.

Longer campaigns, you’d probably end up with retired Warriors, Archers then Mystics in the long term. But hey. Incidentally, this style of mod/s also comes with a potential Solo or Duo mode, for the hardcore.

Yet to try this mod out in full. But I’m all up for more levels, just so I can jam in more abilities to my custom tinkered heroes. 🙂

*PS: This image has been artistically censored a notch ton.

Only played this mod a notch. But already, loving it for the non-intended fan-service purpose, of “nude male warriors”. Sadly, doesn’t apply to Archers or Mystics. But by all means, if we were to go 18+ Mods, there’s probably, maybe? A looming interest towards that sort of content, somewhere…

Past that. “Fan Service” in my Wildermyth? Oh please… (Honestly, you do you on this mod.)

Yet to try this mod out in full. But in principal, if this ‘just works’. At least it should function as a sort-of “Deaths Door” mechanic to your fragile heroes. Now, if only the same applies to villains/monsters, on the first hit. Then it’d be a difficulty spike.

If your cited language does not include english translations. Or starts in a foreign language. I can’t check/test to see if those mod/s are OK. Sorry!

Personal checklist/etc, for updating this mess of a guide as is.

That’s all we are sharing today in Wildermyth Mods for Playing Lazy (Mods Recommand), if you have anything to add, please feel free to leave a comment below, you can also read the original article here,  all the credits goes to the original author Master Basher