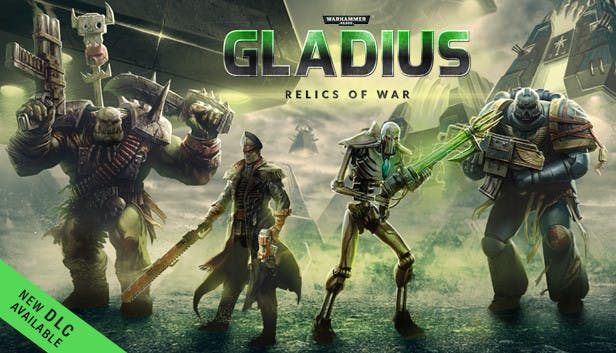 For Warhammer 40,000: Gladius – Relics of War players, this is a guide about Assault Rush Space Marines build and here is my favourite infantry rush strategy, that I use in 2×2 battles.

Prefer starting near outpost to claim it’s bonus for free. Focus on bonus requisition and research outposts. Starting city tile should have at minimum +10-20% requisition +10-20% research bonus. Best case +40%. 3 tiles for buildings are good but not mandatory. Keep in mind that 4 buildings (2 x Apothecary, 2 x Librarium) will have research production, so you’ll need 2 tiles around city with research bonus.

1. Librarium
2. Apothecary
3. Apothecary
4. Refectory (Generatorium/Librarium)
5. Librarium
6. Company Chapel
7. Dormitories
8. Generatorium
9. Apothecary/Libraruim/Refectory
10. Apothecary/Libraruim/Refectory
…As soon as you get first Apothecary start producing Assault Space Marines. I prefer build 3-5 squads before switching to Devastator Space Marines. They are your main anti-vehicle and anti-armour weapon. Depending on match-up 2-3 should be enough. Then build 1-2 Apothecaries, depending on current energy value. If battlefront is far away from your base it’s probably better to wait until Orbital Deployment research is ready and deploy units straight into the battle.
If game lasts for 50-60 turns Terminators should become available. Produce them until full victory

1. Frag Grenade – Orbital Scan
2. Assault Space Marines – Hammer of Wrath (Assault Doctrine)
3. Devastator Space Marines – Company Chapel
4. Kraken Bolts – Melta Bomb
5. Combat Shield – Dormitories – Extra Infantry Armour (Orbital Strike)
6. Close Combat Mastery – Apothecary
7. Orbital Deployment – Terminators
…1. Frag Granade will help you clean-up map around your base. Orbital is useful later in game for scouting against your enemy.
2. Assault Space Marines is main force here. Hammer of Wrath is good buff for them, especially for increasing damage from Frag and Melta bomb.
3. Devastators are only true anti-vehicle unit you will have here. If your ally goes AV you can swap Devastators with Assault Doctrine. Company Chapel is mandatory infrastructure building.
4. Kraken Bolts is good buff increasing damage for most units you’ll have (including Terminators in late game). Melta Bomb gives damage burst against vehicles, katachans, kastelians and tyranid monsters. Must have
5. Close Combat Mastery is good defense boost for you Assault army. Dormitories shoud be researched somewhere here to unlock city population growth. Extra Infantry Armour increase defense for all units in your army. If you have a lot of influence probably it’s better to take Orbital strike.
6. Apothecaries will increase your army sustain while Close Combat Mastery damage output for both Assaults and Terminators.
7. Depending on game state sometimes it’s better to get Orbital Deployment before Terminators.
That’s all we are sharing today in Warhammer 40,000: Gladius – Relics of War Assault Rush Space Marines Build, if there are anything you want to add please feel free to leave a comment below and we’ll see you soon.
Credit to igrekk