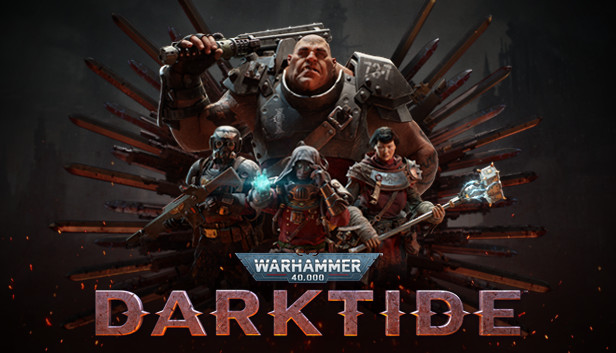 For Warhammer 40,000: Darktide players, the Penance “On Overwatch” for the Veteran is incredibly tough to beat especially since its on “Malice” and you cant be hit by melee through the entire Mission and if you do you must restart a new match so after beating the penance i’ll teach you how

The best map to use is the Assassin Mission on magistrati oubliette tm8-707 which has an elevator at the end which you can use as a anti-backstabbing device, the map is very simple and isnt to hard to go through, though be careful as there is still plenty of hidden doors and ledges from where Heretics can get behind you can make you lose your run.

any team can work even if its just 4 veterans working together however its probably best to get a match with an ogryn in it as he can tank all the damage and is almost guaranteed to leave no enemies for you and your other teammates to clean up however is also best to have a Psyker on your team as they can evaporate enemies small heads from afar, with them two the third one can be any class, though you might not get a Psyker or a ogryn on your team all the time all that matters is the firepower they bring and their willingness to stick together as a group of monkeys.

With you being a Veteran Guardsmen you’ll have the lasgun and its brothers at you disposal and these might be your first choices as you’ll probably be wanting to act like a sniper however they are slow and on malice it might take 2 to 3 shots to take down curtain enemies, the weapons i recommend are the Autoguns as they are a quick and effective sort of weapons and when you are in a pinch they come in quite handy as they can mow down a horde before it even reaches you, as for Melee the best ones are more than likely the Chainsword and the Combat Axes as the axes can pop a heretics head with one swing and the Chainsword can hit multiple enemies at once though going anyway near Melee is ill adviced.

The main point of the run is to not get hit Right!, so the best way to do that is to Be the most paranoid you can be, always check behind you never let yourself be vulnerable, if you can clear an area that is tall and that has no doors for heretics to get you like at the gateway where the Leman Russ tank treads are moving passed, if not, get yourself inbetween your squad as there more like to stick together on malice and higher, a 3rd option to do is to stick back and let your team do all the work, mind you that not only do you leave yourself vulnerable to backstabs and usually remnants of heretics your team didnt kill but it also makes you an easy target as even if you are downed by gunfire Melee heretics can sweep in to finish the job and send you packing so unless you are John wick i dont recommend that approach,
by the time you reach the boss its best to stick really close to the elevator even though its closed its still better than being halfway through the area, the boss will mainly be where he drops down from as you teammates will try to kill him as quick as they can , after the first time his shield is destroyed a horde of Nurgle nerds will flood the room from both sides, HOWEVER they enter from the same wall the boss drops from so you have the advantage, never let anyone close to you as more than likely your team will be focused on the boss and not the Hordes so keep a keen eye on any movement from the hordes after your team has killed the boss its only a matter of second before the round ends but thats also the time when you might let you guard down so even up to the end make sure your still checking everywhere left and right like fnaf

congrats you beat the penance now you can wear a slightly cooler version of the standard uniform and you’ll be on the harder penance which i haven’t done yet also i forgot to mention before a patch you could of just cheated and alt+f4d when hit and then rejoin but not anymore anyway have fun:)
That’s all we are sharing today in Warhammer 40,000: Darktide How to Beat Penance “On Overwatch” for the Veteran, if you have anything to add, please feel free to leave a comment below, you can also read the original article here, all the credits goes to the original author alexwnolta2