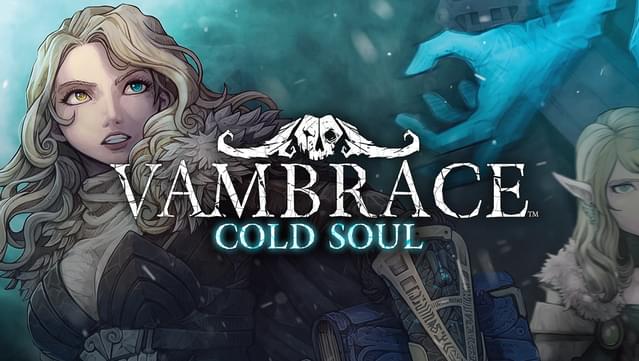 A guide for collecting each one of Evelia Lyric’s 26 costumes, with minimal spoilers.

With help from the community, I finally have enough information to construct a guide detailing exactly how to obtain each of Evelia Lyric’s 26 costumes.

I’d like to give a big thank you to the Devespresso Team for their work bringing the Icenaire setting to life. As it relates to this guide, special appreciation is certainly due to Minho for the outstanding artwork and costume design.

This early guide is a work-in-progress, so please comment or private message if anything turns out to be inaccurate or confusing. Things may also change as the developers release new updates.

I will eventually try to attach images for each costume, but for now I just want to get the quest information out to the community at large.

Several costumes are dependent on quest choices and are therefore mutually exclusive.
Acquiring all 26 costumes is not possible in a single playthrough.

Once a costume is obtained, it is unlocked account wide for all new and existing save files.

WARNING! Most quests are chapter locked and will fail if you continue too far in the story.

New chapters typically start when you enter a new district.
**I highly recommend that you return back to town each time a new chapter begins in order to pick up quests.**

Inside the Chapter 2 boss area, there is a chest marked with a “?”. Opening this chest unlocks the Carbon Suit.

After completing the Chapter 2 boss, immediately give the Oksae to Gerrard at the Ghost Bazaar.

A parcel with the Wrathveil outfit is then sent to your room at the Lost Lady Inn.

After completing the Chapter 2 boss, give the Oksae to Maru Han at the Foxier Market.

A parcel with the Asadali Garb is then sent to your room at the Lost Lady Inn.

Affects the outcome of the Chapter 6 quest “To the Rescue”.

After completing the Chapter 2 boss, pick up the “Snare of the Naziri” quest from Charlotte Lorelai at the Lost Lady Inn.

Always be direct and tell the truth to both Narae Song & Sitara or this quest will likely fail.

Once you receive Sitara’s gift, you have the option to…

If you bring the Tantini to Charlotte, you can…

After completing the Chapter 2 boss, witness the altercation in the Dalearch Ascending Room and talk to Volsung there.

Go to sleep at the Inn. Helga should then point you towards Hilda, who is found in the Shanty Town.

Choose Hilda’s top dialogue option, “Mention her altercation with Hakon in the Ascending Room”.
This should start the private detective quest “Foul Play.”

In Chapter 3, go to the Lost Lady Inn and talk to Helga. This will start the quest “Family Heirloom.”

Visit Helga’s old house in the Southern Residential District. The door to her house is located inside the “Washer Street” roguelike instance. Look for a secret “?” door in the final exit room, and talk to the man inside. Images[imgur.com]

Next, head to Shanty Town in Dalearch and find the man with information about Helga’s armor. You will have to feed him to get him to talk. Pick up some stew from the woman cooking on the path to Hilda’s room.

To unlock the Valkyrie Armor, return to Helga at the Lost Lady Inn.

In Chapter 3, go to the Foxier Market and talk to Mahoram. This will start the quest “Below the Belt”.

In the Residential District, find Columbo. He will be behind a secret “?” door in the final exit room of the “Facility Street” roguelike instance. Images[imgur.com]

Next, find Robin at the upper floor of the Hydra Lounge[imgur.com] in the northwestern Entertainment District.

Not necessary for the costume, but there is also a 5 fight gladiator encounter in the Hydra Lounge. The fights must be completed in one continuous try, so you only have one chance to win once you start. The reward for winning is the Champion’s Belt Relic (+1 Combat, +1 Awareness, +8 Health, Lyric only)

Return to Mahoram in the Foxier Market to unlock the Phantom Thief Suit.

After completing the Chapter 3 boss, bring the prisoner back to Dalearch.

To unlock the Dwarven Armor, report back to Hakon and Prince Gunnar in Argrim Manor.

After completing the Chapter 3 boss, leave the prisoner in the tower.

To unlock the Revolutionary Raiment, report back to Hilda in Dalearch Shanty Town.

First, visit Balthasar in the Archives, and find his book on the downstairs table.
Next, acquire Shadow Humours. Find Maru Han in the Foxier Market. He is now standing by Mahoram.

Finally, head back to Nerevere to unlock the Green Riding Hood costume.

After completing the Chapter 3 boss, Narae Song will give the quest “What the Cat Dragged In” at the Foxier Market.

For clues, first talk to the foxiers in the same room as Mahoram.
Next, find a male dwarf in the Lost Lady Inn.
Then, head to Shanty Town.

Can be obtained in either Chapter 4 or Chapter 6

The Polar Bear Suit is located at the top of the Industrial District statue.overworld map[imgur.com].
Keep moving on the path to the east of the orphanage.

In Chapter 4, follow Scrappy the Golem in the Industrial District until he brings you to another golem with a white face and red eyes.

**Be careful with dialogue button presses here.**
Choose “Use the Adamant Heart” to follow Volsung’s wishes.

In Chapter 5, find Volsung next to the forge to receive the Voltek Maker Suit.

In Chapter 4, follow Scrappy the Golem in the Industrial District until he brings you to another golem with a white face and red eyes.

In Chapter 6, pick up the Celestine Armor at the Sylvani Healing Hall from the group of Celestines near the tree.

In Chapter 6, keep vigil with Divinia, and she should grant you the Sylvani Warden Vestments afterwards.

**I am not currently able to replicate the Sylvani Warden Vestments.**
I received this costume in an earlier patch. Now Divinia gives me a Mysterious Seed instead.
Please help confirm if you obtain this costume in the current patch.

In Chapter 6, go to the basement of the Archives (Library).
There is now a door to the left leading to the Smith Backyard.

The Sailor Lunera costume is in a chest on the far left of the Smith Backyard screen.

In Chapter 6, the Laughing Gas costume is found on the Temple District overworld map[imgur.com].

In Chapter 6, head to the northwestern part of the Temple District[imgur.com].

The Ghost Vigilante Uniform is in a faint “?” chest hidden with the Devespresso achievement.
Pick up the 10 Coffee Elixirs while chatting with the dev team.

In Chapter 6, Celest will ask you to spare someone.

If you do spare that person, talk to Celest afterwards to unlock the Guardian Cuirass.

In Chapter 6, Celest will ask you to spare someone.

If you decide to ignore Celest’s request, talk to Sitara afterwards to unlock the Assassin’s Bodysuit.
Sitara is located in the same area as Zaquard.

After completing the Chapter 6 boss area, encounter Mithra to the right of the “Revisit Norton” Ascending Room. This will start the quest “The Best Defense”.

This quest sends you to two locations.

Mithra will give you the Naziri Inquisitor Vestments after both objectives are cleared.

Unlocked with the Light Ending : See Endings section below for tips

Unlocked with the Dark Ending : See Endings section below for tips

Unlocked with the Neutral Ending : See Endings section below for tips

I will try to minimize spoilers, but read at your own risk. This information in this section is somewhat speculative, so judge for yourself and don’t take everything as pure fact.

In the New Game+ chapter select screen, there are 3 statues that can be selected, each representing one of the 3 endings. Once selected, the text gives clues for how to achieve that particular ending.

While not the only determinant for the endings, the most substantial contributors to the endings are the dialogue options you choose when discussing your dreams.

In Chapter 3, Talindra speaks to you about your dreams.

In Chapter 6, Mithra speaks to you about your dreams.

In Chapter 7, a mysterious woman asks what you want.

In each conversation, option #1 is light, option #2 is dark, option #3 is neutral.
I’ve documented some of the dialogue in images above, but i’m not 100% certain yet.
More images of dialogue to come later.

I have done a playthrough where I chose 1 light, 1 dark, & 1 neutral option for a neutral ending.
Others in the community have reported that 2 light options and 1 neutral can still get a light ending.

Choosing all 3 light options can still result in a neutral ending depending on your gameplay choices. For example, the prisoner in Chapter 3, and the boss in Chapter 6.
Be good in these situtations if you want the light ending, be evil if you want the dark ending.

The Oksae and Adamant Heart choices likely do not impact how light or dark the ending is.
You can rescue everyone in Chapter 6 and still get the dark ending.