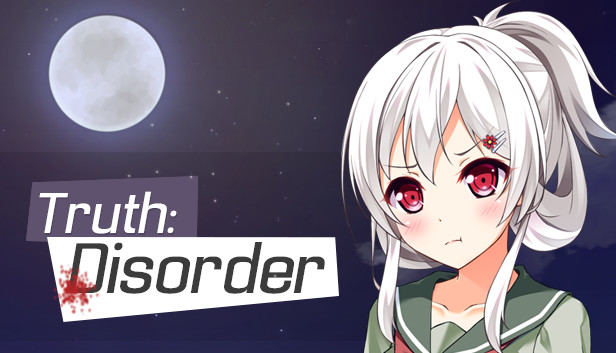 If you play Truth: Disorder II and looking for a guide of full walkthrough, this guide will provide you complete walkthrough and achievements explained as well, let’s check it out.

Let me know in the comment section below if anything needs clarification. This game is played 90% in darkness and it’s hard to tell if my instructions are clear enough when I already know my way around.

Before beginning, save often. While there’s only a couple of things that lead to a game over, you have 24 save slots and this game doesn’t even take 24 minutes, so you may as well use them!

After the opening dialogue, exit your room.
Talk to Eleran.

Begin side quest: “Our team”

Begin side quest: “In the darkness”

Walk around to the north of Karl. Talk to Antis.
Walk to the NW corner of the ship. Talk to Beatris.
Enter the room between Beatris and Antis. Talk to Dr. Sergianna.

Finish side quest: “Our team”

Return to the room you started in. Examine the grey control panel on the northern wall.

Finish side quest: “In the darkness”

Return to Dr. Sergianna and talk to Airis. Answer: Yes

Exit the room you start in to the south.

Follow the path north, east, and around south to the southern edge of the area. DO NOT enter the area that says “Keep Out”.
From the southern edge, go back up to the intersection and left. Enter the open doorway.

Follow the path to the SE corner. From the SE corner, work your way north to some stairs.
The path is linear, and all other paths are dead ends.

Exit the toilet you start in and go east to an intersection.
Follow north to a room with a table and search the wooden crate for a Key.
Return to the intersection and go south.
Follow the path round to the SE corner and enter the door.

Go south to the next area.

Enter the building in the NE corner (there’s a blue screen above the doorway).
Run to the right and search the crate for Hammer.
Exit the room.
Use the hammer on the SE building’s door. Enter.

Run north to a reception desk.
Go left through a narrow doorway and stick right to some stairs leading up.
Upstairs, make your way to the south edge of the area.
Enter the middle room and search the crate for a Key.
Return downstairs.
Back to reception and go right this time.
Keep follow the right wall (eventually into a men’s bathroom) and enter the grate on the floor.

Sewers again. This is the same map as before, but you’re going in the other direction this time. Make your way to the NE corner and exit.

Enter the doorway to the far north. There’s a green plus symbol above the doorway.

Follow the path/road west. Just before the end is a door leading to the Inn.

Go to the NE corner and search a crate for a Key.
Return to the middle of the area and enter the middle elevator.

Enter the SE room and down the stairs behind the server blocks.

Enter the grate in the SE corner.
In the sewers again, follow the wall on the left (best you can) until you reach a crate with a Mystery Key.
Exit the sewers the way you came.

In the NE of this area is an Inn. Enter.

There are two crates behind the counter. Right one has a Key. Left has an achievement (needs Mystery Key).

Exit the Inn.
Go back south. Before crossing the path over the water, go right to a door. There’s a cocktail over it.

Enter the girl’s bathroom in the SE. Walk further in for an achievement.

Now go to the very north of the area and talk to Airis. Enter the mirror behind her.

Start a new game or reload your first save.
Talk to Karl to kill the lights.
Examine the doors south of Eleran twice.

That’s all we are sharing today in Truth: Disorder II 100% Walkthrough Guide, if there are anything you want to add please feel free to leave a comment below and we’ll see you soon.