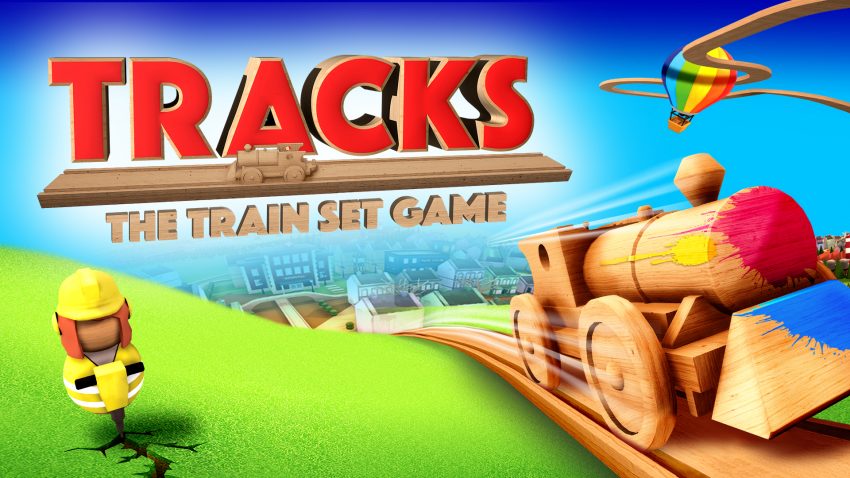 If you play Tracks – The Train Set Game and want to get all achievements,this guide will help you to get every achievement in the game, let’s check it out.

The tutorial is on the map Clear and the game opens right up to it on start up. Enter the map and follow the instructions. You can just flip through them all and not do anything, but I’d suggest actually going through it, it’ll save you a headache later.

On The Right Track

-Deliver your first passenger to their destination.
You’ll get this at the same time as Riding The Rails below.

The first objective will be pretty simple and the game will give you a quick tutorial on what it wants.

Good Service On All Lines

-Finish every objective in Passenger Mode.

There are two maps with Passenger Mode objectives, completing Modern Apartment will open up the mode in Bedroom. You’ll need to complete all objectives in both for this achievement.

While I’d suggest playing normally because this game is actually really fun, there is a quick way to cheese objectives:
1. Find passengers and put down Platform.
2. In your inventory, search for Starting Point.
3. Place Starting Point in front of the station, pointing in the correct direction.
4. Press T to enter train. Once there, press and hold T. This will make the train relocate to the Starting Point flag you put down.
5. You’ll probably need to adjust your position a bit, maybe even hammer Space to halt forward movement.

You can do this for every objective, but note the following:
-Two or three objectives involve business passengers and you’ll have a timelimit on delivering them. You can ignore that, you’ll still get credit for delivery even if time has run out.
-At least once you’ll be tasked with delivering some ‘daredevils’ who want you to make the train jump. You could figure out how to line the tracks up to make drops, or just pick them up and hold forward. The train will fall off the platform, hit the ground and respawn where it started. Each fall will count as one jump.
-If you’re using the cheese method above, be aware that several of the objectives will require prep to complete, normally due to a lack of space to spawn the train. Running the track up and through these areas so it has something to sit on is the simplest way. Keep in mind that the platform placement can be anywhere around the passengers, even on top of them or hanging off in midair. For these ones, I’d suggest just trying to complete the objective normally.

This has to be all in one sitting and does not include DLC areas. Bare in mind that you’ll need to load the map Clear twice. Even though the game opens up on it, it apparently doesn’t count as visiting it unless it’s actually selected from the menu.

-Ride a train off the edge of the world.

Load a map, press T, hit the gas and go. Eventually you’ll pass an orange line, but keep going. The achievement will unlock when you hit an invisible wall past that and the train will respawn at it’s last start point.

Spruce Up The Room

-Place 20 decorations from the spawn menu.

Load a map, open inventory and start placing items. It has to be 20 unique items, mind, not just a forest of the same tree.

-Save a file containing 100 pieces of track.

Open a map, start making wild and whacky track lines. About two complete loops around the perimeter of Bedroom should be enough.

-Ride the train around the pancakes.

Load the Bedroom map. You’ll need to make a track that goes on top the table just above the spawn point and makes a tight loop around the pancakes there. One will be enough.

Interestingly, this one unlocked for me when my train was looping around to get on the table, before it even got to the pancakes.

-Pull the steam whistle around the Christmas presents.

Load up map Bedroom (Night). Build a track that goes around the presents under the tree right in front of the spawn point. Doesn’t need to be super close, within a tracks width away worked for me.

The game never actually tells you how to blow the steam whistle, but it’s pretty simple. When in the train, you’ll notice the whistle to your left. Just left click and it’ll sound.

-Get 10 seconds of air time on the Moon.

-Load map Moon, and build a track ramping up, up, up. About 50 – 55 track parts should be enough. Enter train, hit the gas and go. The train will tumble off the top track for 10 seconds and the achievement will unlock.

-Put an alien passenger in the basket of a flying bicycle.

1. Lay some track in the air.
2. Put bicycle on track.
3. Put alien in basket.
4. Delete (cursor over track, press C) track beneath bike.

People have said the first way works, but it didn’t for me. The second way worked, but the achievement unlocked before step 4. If one method doesn’t work, try the other.

-Take an alien passenger from a crashed UFO to a station.

This takes a little setting up.

1. Make a large, circular track.
2. Wherever you like, place a platform.
3. Pull out the prop Crashed UFO and place it directly behind the platform.
4. Pull out an alien or two and drop them by the platform. They’ll climb up automatically.
5. Wherever you like, place a station.
6. Get in train, pick up aliens, take them to the station. Achievement will unlock a moment or two after the aliens have entered the station.

-Recreate the moon landing shot and use the camera to take a photo.

-Put 50 unique decoration on the moon.

Same as Spruce Up The Room from the base set, but 50 this time.

That’s all we are sharing today in Tracks – The Train Set Game 100% Achievement Guide, if there are anything you want to add please feel free to leave a comment below and we’ll see you soon.