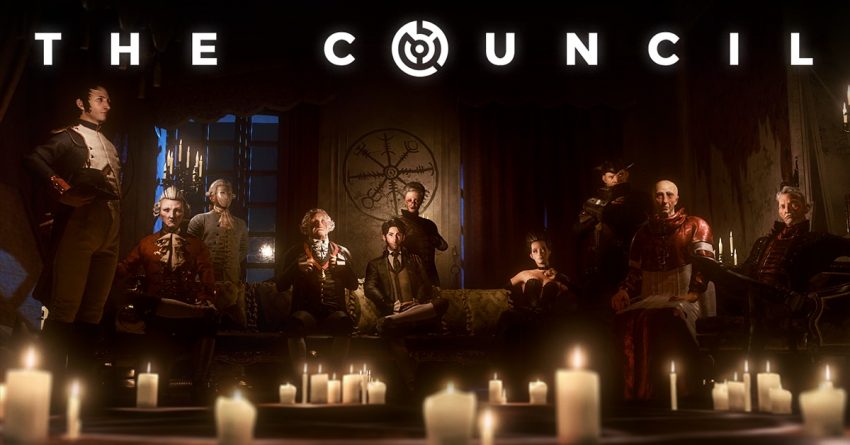 Here is a list of all the manuscripts in the game and where to find them.

The books in this guide all have a number corresponding to the order they show up in your inventory, NOT in the chronological order in which you can get them by playing the game.

This guide doesn’t spoil the game’s story or puzzles. However, depending on how far you are in the game, it might spoil some locations to you.

Most of the characters’ appartments have two rooms. I will call these the bedroom and the living room.

Remember that you can only get a maximum of 30 books out of 32, as books 13, 19 and 23 are exclusive to the Diplomat class, the Occutist class and the Detective class respectively.

Also, I’m French so:
– The name of the books in this guide might not correspond with their real name in the game, as they are direct translations of the French name.
– English is not my mother’s tongue. Expect a few grammatical hiccups here and there, sorry in advance.

1 – Encyclopedia
Science, Linguistics, Erudition
This book is in three parts:

– Part one is in the corridor of the first floor, near Peru’s room. It is on a table at the right of the buffet that is opposite the stairs going down to the Hall of Zeus.

– Part two is in the small salon. It is on the big bookshelf that takes an entire wall of the room, between the three blue vases.

– Part three is in the library. It is on the ladder that is the closest to the door leading to the portrait gallery.

2 – Thoughts on men and society
Manipulation, Psychology, Politics
This book is in five parts:

– Part one is in the secret room of the portrait gallery. It is in the bookshelf opposite the display case with a sword.

– Part two is in the hall leading to Mortimer’s office. It is in a box next to the statue of Longinus and you need to enter a four-letter word to open it. The word is ZEUS.

– Part three is in the same box as part two. You will get both at the same time.

– Part four is in Mortimer’s secret study, but only in Chapter 10 when you go back to take the nails. It is just above the box with the alchemical symbol of fire.

– Part five is in Piaggi’s bedroom. It is in the bookshelf next to the chimney.

– Part one is in Adams’ room. It is in a box on your left just after entering the room. To open the box, you can either use Subterfuges or find the key in the corridor. It is on a sofa next to Peru’s room, opposite the stairs leading to the Hall of Zeus.
The key can only be found here in Chapter 3 and it disappears forever after that.
The box itself also disappears after Chapter 4 ends, so be sure to open it before solving the Medusa puzzle.

– Part two is in Wöllner’s living room. It is in a box on a shelf next to the left window leading to the balcony. You have to enter a four-letter word to open the box. The word is ZINC.
Book 26 is also in this box, so you will get both at the same time.

– Part three is in the room between the portrait gallery and the conference room, in the box with the alchemical symbol of earth.

– Part four is in the Hall of Zeus, on the table at the left of the chimney, starting Chapter 11.

4 – Al Azif
All stats
On the wharf, in the chest with a yellow cross on it, starting Chapter 14.

5- Rules of Civility and Decent behavior
Etiquette
In the corridor of the first floor, near Peru’s room. It is lying on a shelf next to the stairs going down to the Hall of Zeus.

6- De humani corporis fabrica
Science
In Mortimer’s secret study, on a stool next to the surgery table.

7- Discourse on the method
Logic
In the dining room, on a stool next to the chimney.

8- Evelyna
Etiquette
In the bathtub in Adams’ room.

9 – Record of the secret police
Questioning
In Peru’s bedroom, on the bookshelf immediatly to your left after entering.

10 – Dangerous liaisons
Manipulation
In the corridor of the first floor, on the table next to the stairs leading to Mortimer’s office, starting Chapter 14.

11 – Hortus delicarium
Erudition
In Wöllner’s living room, on the round table near the chimney.

12 – Inspector’s journal
Questioning
In Washington’s living room, on the bookshelf immediatly to your right after entering.

13 – The rules of chivalry
Diversion
Automatically added to your inventory when you choose the Diplomat class. If you do, you won’t get books 19 and 23, as they are exclusive to the Occultist and Detective class respectively.

14 – Leviathan
Politics
In Mortimer’s office, in a bookshelf behind the cage of Waldo the bird.

16 – Memoire to the Académie des Inscriptions et des Belles Lettres
Linguistics
In the garden, on a stone table in the northwestern corner of the map.

17 – Mysterium Cosmographicum
Science
On the wharf, in your mother’s bag.

18 – Cyropedia
Conviction
In the dining room, on the sofa next to the small corridor leading to the library, starting Chapter 14.

19 – The nine books of the magic archidox
Occultism
Automatically added to your inventory when you choose the Occultist class. If you do, you won’t get books 13 and 23, as they are exclusive to the Diplomat and Detective class respectively.

20 – Organon
Logic
In the crypt, not in the room of the giant door but in the smaller round room before that. There is a blue towel on the ground with a lit candle next to it, so you cannot miss it in such a dark place. The book is lying on a log next to the candle.

21 – The parallel lives
Conviction
In the Hall of Zeus, on the table behind the sofa that faces the chimney.

22 – Modern interrogation techniques
Questioning
This book will be in Peru’s living room, starting Chapter 9. But depending on what Chapter you visit the room, its location will change.
– If you go through Peru’s room to get to Emily’s balcony in Chapter 9, you can find the book by searching his pockets after you got rid of Wöllner.
– Starting Chapter 10, it will be on the main table, next to the window leading to the balcony.

23 – How to know men by their physionomy
Psychology
Automatically added to your inventory when you choose the Detective class. If you do, you won’t get books 13 and 19, as they are exclusive to the Diplomat and Occultist class respectively.

24 – Sophistria
Diversion
In the Bible room, on the table next to the painting of Saint Jean.

Books 25 to 32
25 – Nobility of the sword
Agility
In Godoy’s bedroom, on the sofa below the portrait of Marie-Louise de Bourbon-Parme, next to the right window leading to the balcony.

26 – Theatrum Chemicum
Occultism
In Wöllner’s living room. It is in a box on a shelf next to the left window leading to the balcony. You have to enter a four-letter word to open the box. The word is ZINC.
A page from Book 3 is also in this box, so you will get both at the same time.

27 – Grammar of Port-Royal
Linguistics
In the only big bookshelf in Emily’s living room.

28 – The Prince
Manipulation
In Bonaparte’s living room, on the bookshelf immediatly on your left when you enter.

29 – Thoughts on art
Erudition
In the secret room of the portrait gallery, in the bookshelf opposite the display case with a dagger, a pistol and a page.

30 – Reflexions on the French Revolution
Politics
In Chapter 3, offered by Bonaparte if you succeed the confrontation against him.

31 – The sorrows of young Werther
Psychology
In the Hall of Zeus, starting Chapter 3, you can force the servant to hand it to you. You will need Manipulation or Conviction.

32 – Hunting book
Vigilance
In the small salon, on the big bookshelf that takes an entire wall of the room, to the right of the righmost blue vase, starting Chapter 14.