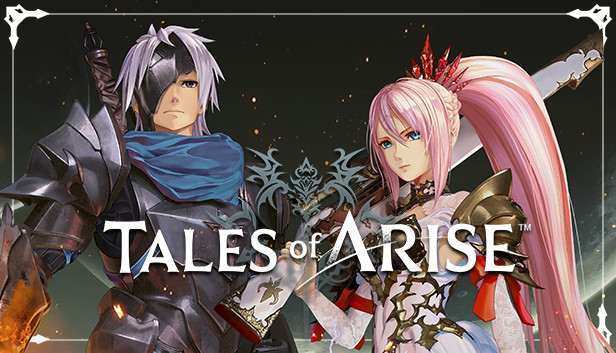 For Tales of Arise players, this guide is gooing to explain how to farm SP, Score points (aka arte proficiency) and Gald (aka coins) early in the game, let’s check out how.

This is certainly not a completely honest option, I think, but it is the most effective and fastest, especially if you want to upgrade your arte proficiency to 9999. Although I did not notice the meaning of arte proficiency above 3000, new skills are no longer learned. And so closer to the point. Here is a video of what and how to do I will describe under the video.

Step 1:
We fly to the Tisildi plain (this is on the way to the 3rd lord)
We reach the transition to the “Observation Hill”
Making a backup save – to avoid unnecessary spending of “Flasks of Happiness”
In Tisildia Plain, we kill a couple of random packs of monsters (I don’t know why, but this way the bug with the appearance of several shining monsters works better).

Step 2:
We run up to the transition to the “Observation Hill”. I consider the observation hill to be the best spot for farming, because there are only 3 spawn places for monsters located not so far from each other + in addition, 2 shining monsters may appear in one pack at once, and this further speeds up farming and pumping.

READ:  Tales of Arise How to Fix Controller Not Working

Step 4:
After entering the “Lookout Hill” there will be 3 packs of monsters. The video clearly shows where and how they stand (here it is certainly difficult to make a mistake). There is a certain chance that in each of the packs there will be shining monsters 1, 2 or even 3 at once, although I have never come across 3 pieces. Or it may be that they will not appear at all, then the card will fall.

Step 6:
Shining monsters appeared. You killed them. What to do next? After killing the last pack on the map, we perform a simple fraud of fast movement on the map here, that is, to the “Observation Hill”, if you move somewhere to another location, the feature (bug) will not have the effect of xD

Step 7:
After fast travel – we look and see that all the monsters remained shining !! I don’t know why and how, but the fact remains. No matter how many times you do this, they are always reborn shining.

Step 8:
Well, after that we act according to this scheme – we clean up the map (it is possible not to the whole map, but only those packs where the shining monsters) – >> quickly move to the same location – >> repeat.
VERDICT: Here you can very quickly farm gald, which is sorely lacking at the beginning of the game. Bumi’s tails fall very well from shining monsters, and cost 150 / pc. + Mega Fangs and Granite Fangs from wild boars. All this is poured in packs of 3 – 9 pieces at a time.
Very, very quickly, you can pump all arte proficiency (aka skill skill) to 9999 points, although there is not so much sense in this (if only to amuse your PC, probably) because all skills are opened at about 3000 – 3500 points. And if you still decided to farm arte proficiency, my advice is not to use everything. Choose any one skill (for example, “Swallow Blade”, is responsible for the skill of the sword strike) and spam them in battle with shining monsters. The more times you used the skill, the more arte proficiency will be pumped, but taking into account how many score points (aka “score” after the battle) received in this battle. Therefore, after winning, if you spam a certain skill a lot, you will be given about 150 – 300 points of arte proficiency (it is also the skill of mastering skills).
In addition to all the usefulness, SP points are good here, for a pack with shining monsters they give at least 30 Sp points. One pack is killed in 15-30 seconds.
And finally – this is my first guide, do not judge too harshly please =) How could I help =) Good luck to everyone on the farm ^ _-

READ:  Tales of Arise Some Basic Tips About Combat

That’s all we are sharing today in Tales of Arise Early Game Farming Guide (SP, GALD & Score points ), if you have anything to add, please feel free to leave a comment below, you can also read the original article here,  all the credits goes to the original author Still traning