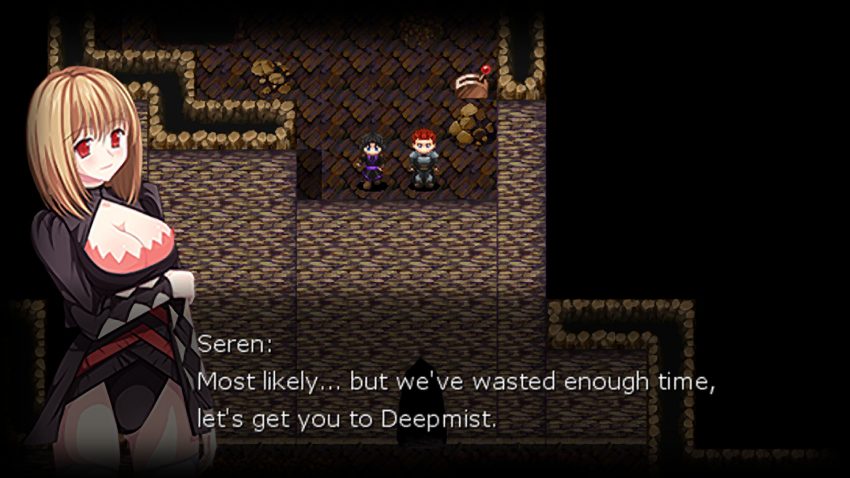 Reached the Waterfall
Keep going south until you reach a waterfall, after the conversation fight the trolls and the achievement is yours.

Found Selena
Blossom Road, go east to Moonlight, go north east to find the church and talk to Eloane.
After the conversation go to the inn, talk to Serene at the bar and she will join your team.

Unlocked the Pillars
Go through Phantasma and continue the story, after the fight go south from Graet Kaer to Deepmist and go south all the way to the Ruinaze map, look for the coloured orbs that unlock the portal: Go through Ruins A to find Ruins B= Red, go through Ruins D to find Ruins C= Blue, Ruins F= Green, Ruins G= Purple both of these are outside, after finding them all go back to the portal place the orbs and the achievement will unlock after the conversation.

Defeated Devorder
This one is straight forward, all you have to do is defeat the last boss and watch the conversation/cut-scene after.

1. Don’t run in to every fight, as you don’t want to waste all your healing supplies.
2. Save as many healing supplies as you can and buy/loot crates/chests for more.
3. Always check you inventory and see if you have found/bought better weapons, armour and items.
4. Save before you enter a new area so you won’t lose much progress if you die.
5. Bosses I found Dryst’s Viper tongue skill very good against bosses as you have a chance of paralysing them, making them easy to kill.
Written by A Cuppa Tea