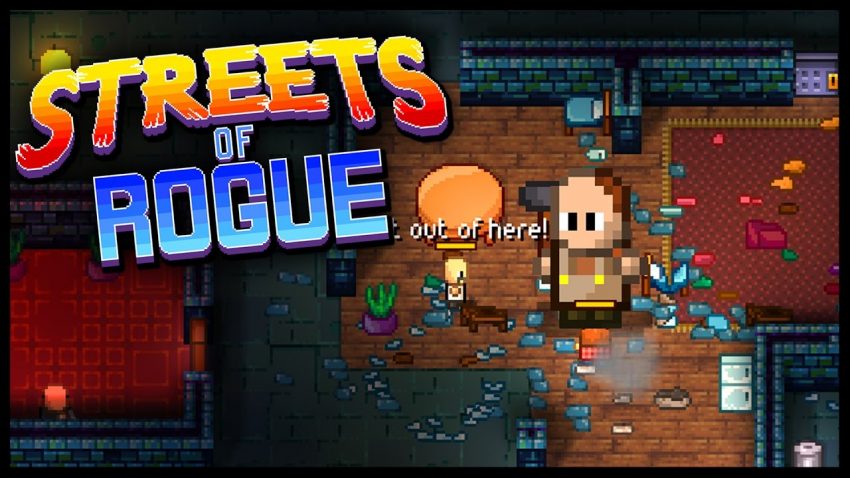 Here is descriptions and strategies for how to get the new Streets of Rogue achievements.

Introduction
There are plenty of better guides for getting the rest of the achievements, so I’ll just stick with the 10 achievements that were released with v.81, since there aren’t a lot of them around. Note that this is a lot wordier than it should be, and if you don’t like that, go away, I’m sure some scamp who did one line for every achievement would be happier to have you. But stay if you don’t like brief, one line explanations for achievements that are so self-explanatory that one line is probably too much. Stay if you like long, winding paragraphs that never seem to end. Also if you’re leaving, ♥♥♥♥ off, I never liked you in the first place *cries profusely*.

Potent Mix
Have four status effects at once

This should be fairly easy to get.

You should be able to get this achievement fairly quickly as well.

You can either spend half a minute on this or the rest of your life.

Yet another example of choosing how long you want to spend on this. NOTE that if you can’t be bothered waiting on the RNG Gods to decide that you must face up the Killer Robot, you can just remove all the disasters except for the robot & add the disasters every level mutator.

Safe Travels
Nicely ask an NPC to leave a level

Massacrist
Kill everyone in a level

Lets agree to never talk about this day again.

Flat Earther
Fall off the edge of the map
READ:  Streets of Rogue Seed for The Best Around, True Believer and Peaceful Takeover

It’s the end of the world as we know it, and I feel FIIINNNNEEEEEEE dies

Shocker
Electrocute someone in water

He wasn’t a half-bad Spiderman villain.

Ironic, or just justice at its finest?

The Best Around
Win an Arena Fight

READ:  Streets of Rogue Seed for The Best Around, True Believer and Peaceful Takeover

Ironic Killer
Kill someone by throwing a Gravestone at them

Almost as ironic as being run over by an ambulance.

Creature Feature
Kill a Vampire while playing a Werewolf

Murderous Mixologist
Give someone a Cyanide Cocktail

Just remember, it’s not for you, it’s for them. Do not drink it. DO NOT DRINK I- goddamn it.

No, this has nothing to do with LEGO Marvel.

Fountain of Life
Poison a water body with Resurrection Shampoo

The closest you’re gonna get to having a bath in this game.