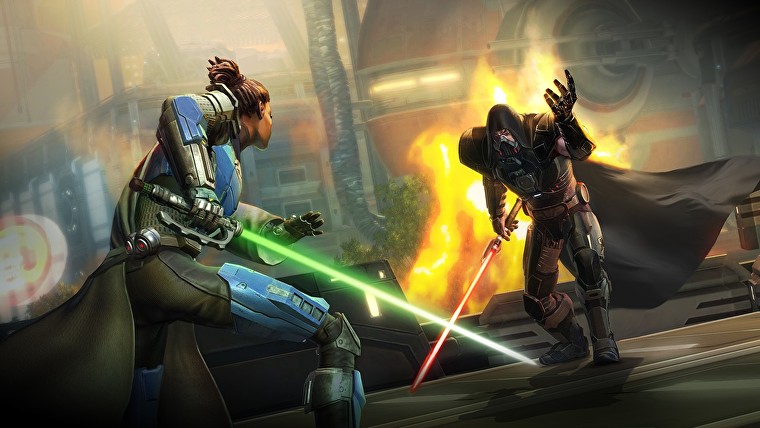 If you play STAR WARS: The Old Republic and want to level up as fast as possible, this guide provide some tips for fast leveling up, let’s check it out.

Ways of leveling up.

This might have already been posted but i feel like writing one anyways. i own the game on another platform so dont expect to see my high hours played on here lol xD

For starters i recommend you find your favored way of leveling, here’s a few:

Depending on what speed you want some of them are better than others. If you are a new player i recommend you level up by doing the story quests.

When starting out your first obstacle is to get off your starter planet, i recommend doing class quest until you get your first companion/follower then do that planets heroic missions (located near its spaceport or shuttle on a console). if you plan to level with class quest then just ignore heroics and keep going!

Level up by doing story and quests.

This is by far the most enjoyable experience and will be fast to boot. Doing story quests and nothing else will by the end of it take you to the max level, and award titles and swag when there. If you like the story make sure to level this way as even if you boost to max you will want to do the story at some point anyways, so might aswell level up doing it.

A story quest is marked with a purple triangle and will automatically give you the next quest in the storyline after completion. Note that there are also planetary questlines or zone questlines in other words. Unlike main story questlines these end when they are finished and do not continue to new zones/planets, instead each zone/planet has their own separate line that can be done independently. Like main quests they are also marked purple however they are not required to progress. they are fun to do though and will give you more xp.

They usually require you to go to locations that you are already in due to your main quest so i recommend doing these too. Your main quest is picked up at starter planet and later for dlc your ships console. and planetary questline is picked up in most spaceports or stations.

Level up by doing heroics.

Heroics are special group quests that a bit like fates from ffxiv. They are very numerous and fast to do. Intended for a group these quests are harder than most but can easily be soloed with or without a companion npc. They also happen to be the fastest way to level up, heres how:

Heroics are very fast since they award lots of xp and have bonus objectives which also gives xp. They also scale you to the planets max level meaning even a max level player benefits! when doing a heroic you get an xp bonus per player in your group up to the max of 4. This xp bonus makes it so you want to run with a full group if possible (ask guilds or fleet for that). you can also run alone or with just one friend and still be very effective. Make sure to ALWAYS do the bonus quests as they give lots of xp.

To pick these heroics you must either go to the planets spaceport/station/landing area or simply go to fleet – combat area and check the yellow triangle icon marked console next to the holo table. the quest will give you a consumable teleport item which allows you to get there fast. make sure to use it for every single heroic you do. if you are low level some quests might not be available, this is due to them being level locked so make sure to get enaugh xp before you do your next row of heroics!

Level up by doing flashpoints.

Flashpoints is the second fastest way to level up and is very simple to do. a flashpoint is what other games call dungeons and can be qued for just like them. to do this open the activities menu by hitting “ctrl + G”.

Flashpoints scale your level upwards and are very easy to do. make sure to increase your xp from kills and such when going there which i will explain how to do later. all in all flashpoints are quite fun and reward lots of xp but heroics take shorter time to do provided you have a group.

READ:  STAR WARS: The Old Republic How to Transfer Folder to Steam Without Reinstalling

Level up by doing pvp.

pvp is a totally viable way to level up. It is however, unbalanced until you hit max. its the slowest way of this guide by far however if you find it fun go for it. There is not much to say here apart from join the que through activities menu and make sure to pick up the quests for it when inside.

Ways of speeding up leveling.

There are many ways to make it faster, some of which are harder than others.

For starters there is an xp bonus from a set that some people have however this is no longer obtainable so if you dont have it dont worry, its only 50% extra which helps but wont make or break it. i recommend opening your legacy menu by pressing “y”. you unlock it at level 25 if i remember correct and it allows you to buy unlocks such as more xp from kills in flashpoints more xp from class quests and so on. i recommend you read them all and add whatever works best for your method. if you dont have credits just ask a guild mate or a friend as they are really not expensive at all.

Next up we have xp boosts, these give you lots of extra xp and are easy to get, buy them on gtn (auction house) or simply do your class quest on your starter planet to have a few for free. keep doing your class quest if you need more.

Be in a guild, guilds give varying xp bonus depending on their size and helps you out a lot when you need help and such. Some guilds have guild specific abilities that can be accessed from your ability menu (p) that can increase xp gained. so make sure to use that.

Make sure to get a companion/follower as they will add to your speed a LOT. you will get one quickly on your starter planets questline. Also if you need gear either use heroics and flashpoint rewards or go to supplies area of fleet and purchase item modifications for your level. i personally level without any gear since everything has level scaling anyways just make sure to have at least a level 10 item in every slot.

when you have hit level 60-65 xp from heroics will stop being as good and will slow you down. at this stage i advice switching to leveling with flashpoints until you hit level 70 and then pick up the “ossus storyline” and progress it to the new storyline on onderon which will reward lots of xp from level 70-75. keep in mind this will skip any previous storyline so if you plan to do it later then just stop worrying about speed leveling and do it all. If you want to save main quest for later then just keep doing flashpoints from 70-75. You can also do operations/ops (raids) for higher xp when 70-75 and even join an “ev farm” run if any still exists.

Play whatever you find most fun.

All in all leveling is very easy in this game, i heard from new players the average from 1-75 is around 2-3 days just playing the game and doing whatever. The fastest i ever did it was around 4-5h doing heroics and then a raid leveling farm from 50+ that existed at the time. nowadays it takes longer but not by much.

I once again advice running main story but if you are in a hurry then go heroics until 65 then flashpoints to 70 then newest storyline/dlc.

That’s all we are sharing today in STAR WARS: The Old Republic Fast Leveling Up Guide, if there are anything you want to add please feel free to leave a comment below and we’ll see you soon.

Credit to The Broccoli Man