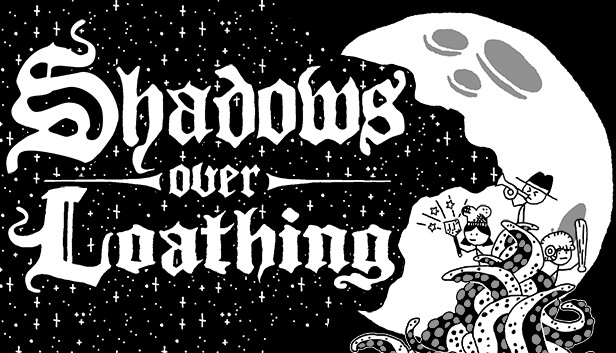 For Shadows Over Loathing players who stuck at the Mudhenge puzzle, this is how you are intended to solve the puzzle at Mudhenge.

How to conquer Mudhenge WITHOUT trial and error

First, you need to move aimlessly through random… henges? After some time, you’ll stumble upon the phase “Drown’d Mary’s crown is buried past the hewed tower.” (This is found on both a pillar that requires some Mysticality to read, and in a bag which is guarded by a Gatorman.)

How does this phrase help us figure out which path to go through? Well, the answer is simple: we need to separate out the letters which correspond to one of the four cardinal directions.
“droWN’d mary’S croWN iS buriEd paSt thE hEWEd toWEr”
WN S WN E S E EWE WE

But what sort of direction is ‘west-east’, anyway? Well, if you’ll recall what the lighthouse keeper in Crystaldream said, ‘west’ as we know it was actually rebranded as ‘new north’ a while ago. This means that we need to replace ‘west’ with ‘north’ and ‘north’ with ‘west’, like so:
NW S NW S E S E ENE NE
North-west, South, North-west, South, East, South, East, East-north-east, North-east.

It may be best to go somewhere else and then come back to Mudhenge, just to ensure that your progress on the puzzle is reset. There is a subtle difference in the sounds that play when walking through a correct vs. an incorrect henge, too, but you don’t need to be able to hear them to solve this puzzle.
That’s all we are sharing today in Shadows Over Loathing The Proper Solution to Mudhenge, if you have anything to add, please feel free to leave a comment below, you can also read the original article here, all the credits goes to the original author moomal