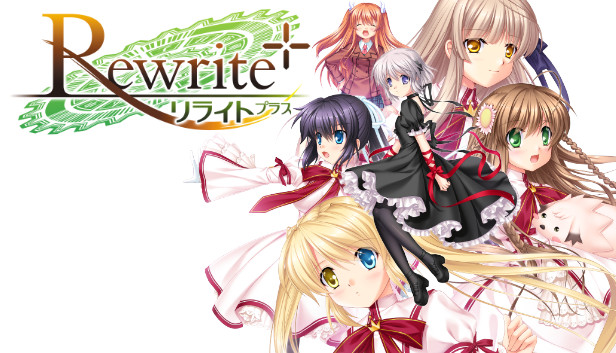 For Rewrite+ players, this guide is my ultimate recommendation for which route order you could play for the best experience and enjoyment.

Put simply for the BEST experience (In my humble opinion)

Explanation and Other Options:

For your very first playthrough, you can play however you’d like if that’s what you would like to do. You’ll most likely find just playing the common route.

However I heavily recommend going straight for Kotori’s route.
Kotori route is a very good introduction to the novel and sets you up for the rest of the read. When you restart your playthrough after a common route, I believe some magic of immersion can be lost. I like to play this less as a game, but more of a story.

Chihaya 2nd because if you read other’s you’ll be spoiled on a few things.
We’re trying to get the BEST experience of first time reading rewrite.
It is a little longer read than Kotori’s Route.

Shizuru 3rd
I think it works pretty well after Chihaya.
She’s my favorite character from rewrite.
It is the shortest read.

Lucia 4th
She can be played anytime but its generally better for her to be played towards the end.
If you like her a lot then you can switch route order with Shizuru, or maybe even Chihaya.

Akane gives a lot of final information and closes everything out for Moon Route
It is best if you play it last. Its also my favorite read out of all.
What is Moon Route? You unlock it after you complete all 5 heroine’s story.
It like a prologue for the epilogue, Terra Route

That’s all we are sharing today in Rewrite+ Route Order Recommendation Guide, if you have anything to add, please feel free to leave a comment below, you can also read the original article here, all the credits goes to the original author Big the Jonathan