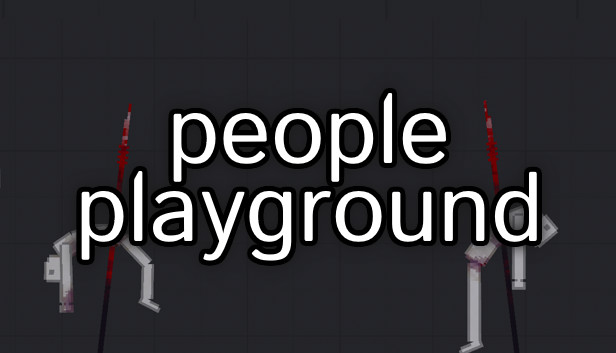 For People Playgroun players who are interested into Albairan Empire, this guide will show you mod, collection and lore of it.

The Albarian Empire is a state that occupies a huge part of the territory of their home planet “Tezix”. The empire has existed for more than 700 years, during which a huge number of events have occurred.

The Empire is governed by the Emperor and his 4 heralds. The emperor has not appeared in public for about 50 years, and many citizens of the empire believe that he died, and the herald seized power, although this is partly true. The Emperor is busy trying to study /the magical power/ that he saw long ago in the past, and which is still worth the grove “TOP SECRET”

The armed forces of the Empire outnumber and outnumber the remaining states on Thesix. At the moment, the empire has deployed about 15 million personnel, 300 thousand combat vehicles, 700 thousand tanks, as well as aviation. Every Albarians who have reached the age of 16 are sent to military academies where they receive knowledge, and then enter the service for 4 years. Thus, in case of mobilization, the Empire will have a huge number of experienced soldiers.

The states on the Thesix began to appear as early as 1549 from the creation of life on the planet. Then the very first ancient states received basic knowledge by worshiping the deity they called the “Souls of Thesix”, they received resources and as a result, over 200 years they learned how to create many technologies and even then the first megopolises appeared. Then the ancestor state of the Albarian Empire began to appear, art wars, strategists all lived in it. It was called “Albarian Greatness”, having existed for 300 years, it participated in 5 world wars, and was almost always on the winning side, but in the last war, the state “Krayzian Federation” used weapons that wiped out three large megopolises of “Albarian Greatness” from the face of the planet. Then, having lost the centralized command, the officers decided to sign the surrender. After the 5th World War, a once great country fell, and was fragmented into 4 small countries. Then the Albarian Empire appeared. Completely destroyed military power, industry. Enemy troops are on the territory. All this allowed the then ultra nationalist political party to come to power. Having proved in the likeness of the “UN” that the state does not have the goal of repeating the “Albarian Greatness”, the then president got rid of enemy troops and quietly began to restore industry and military power. After impregnating the country with propaganda and restoring industry for 10 years, the then president announced the reorganization of the country into an empire, and he called himself emperor. Another 10 years of conventional industrial, technological and military development have not been in vain. Before that, chemical weapons that had not yet been studied began to be produced and supplied to the imperial troops, and gas masks were also supplied to the troops in the same way. But all this was not enough to destroy all countries and take control of the planet. Emperor Lac’Visos 1 concluded military alliances with the former parts of the Albarian Greatness, in fact uniting all these countries into one big empire. Then, the presidents of those republics became heralds, and ruled their parts of the empire. Having received such economic growth, the empire completely strengthened its economy, as well as discovered new deposits of the so-needed resource “Niraxis-1” Gas, which could be converted into almost anything, electricity, heating and military energy to create super weapons that destroyed the great Albarian Greatness. Now the Empire was ready for the start of hostilities, and by the beginning of the 6th World War. On the 9th of Kersin (July), 2076, at 23:40, the empire’s troops fired howitzers with chemical ammunition at the border cities of other republics. Having started the bloodiest and longest war, the Empire was at the moment of a technological breakthrough. Scientists of the empire were able to split the atom, and 2 years later they created a mass destruction weapon, the world’s second nuclear bomb. At that time, the empire had already stormed the capital of one of the major republics of Arenkin. The republic, which also lost to the empire in the 5th World War. In 2079, on 7 Nison (September), a nuclear bomb exploded in the capital of the “Krayzian Federation”, destroying the entire city and the entire high command, but the officers did not decide to sign peace, and continued to resist. The morale of the empire’s troops skyrocketed, and the advance continued further. For another 6 years, the world was under the hegemony of the empire. The war ended with the victory of the empire and the mass genocide of other peoples. From that moment on, the empire was strengthened, and the era of great peace began. The era has been going on for 600 years, and the only military conflicts are rebels and beetles living on a small continent near the south pole.
The Empire has begun studying space technologies, and satellites and one small space station are already flying in space near the planet. But space rockets are not yet capable of flying to other planets.
That’s all we are sharing today in People Playgroun Albairan Empire Lore, if you have anything to add, please feel free to leave a comment below, you can also read the original article here, all the credits goes to the original author neowine