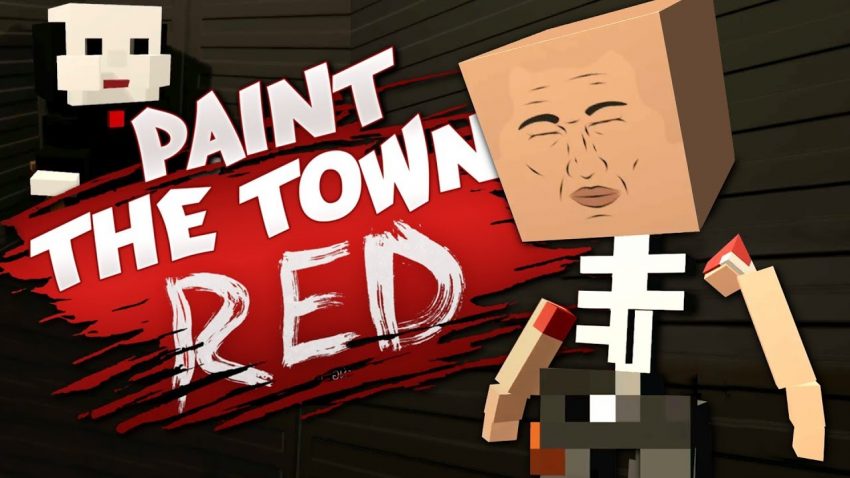 This guide will tell u the strategies and tactics on how to defeat all the enemies in the new Beneath mode, without them even standing a chance.

These enemies appear in every level of the game.

– Zombie – The easiest fella to kill. He’s slow, weak, predictable and usually unarmed. They will go down with 1-3 swings of any weapon. 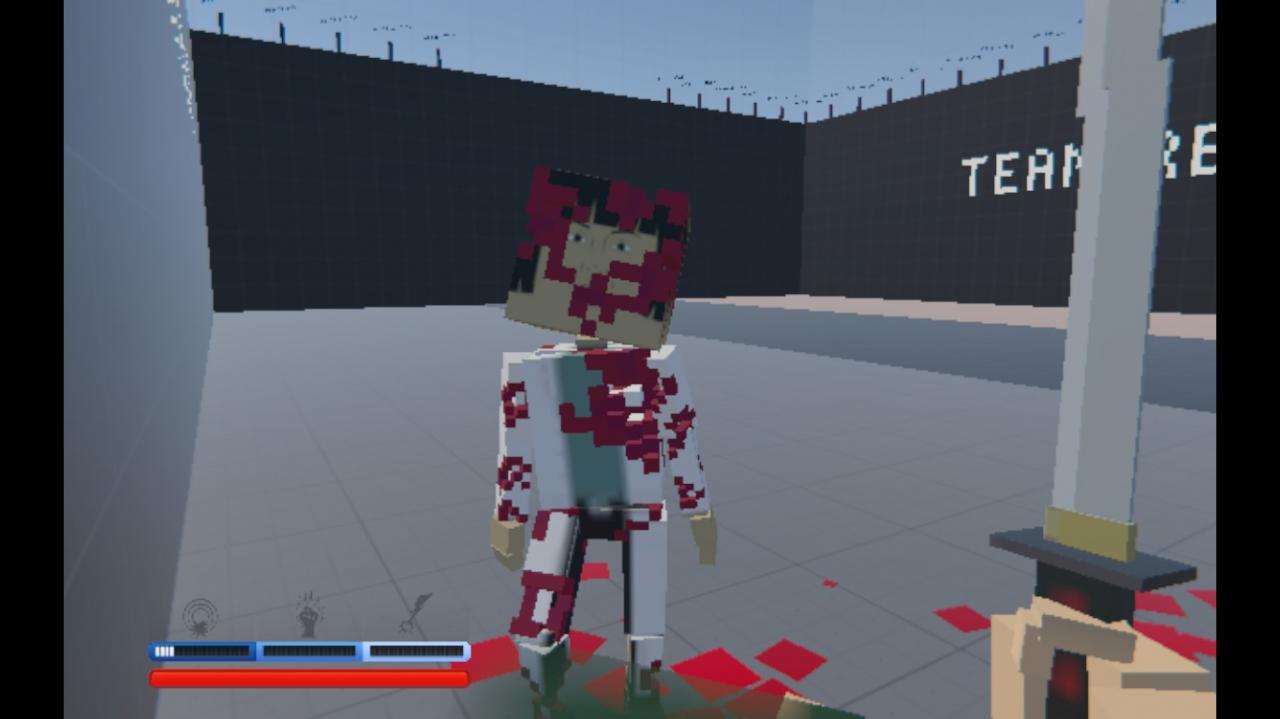 – Traitor – Just the everyday human enemy u can find in the scenarios, that are playable in the menu.
The only thing u need to watch out for, is when they start to frown. In this frowny state, they will do unpredictable and strong dash attacks. Try to be careful and pull out your shield when they get angry. 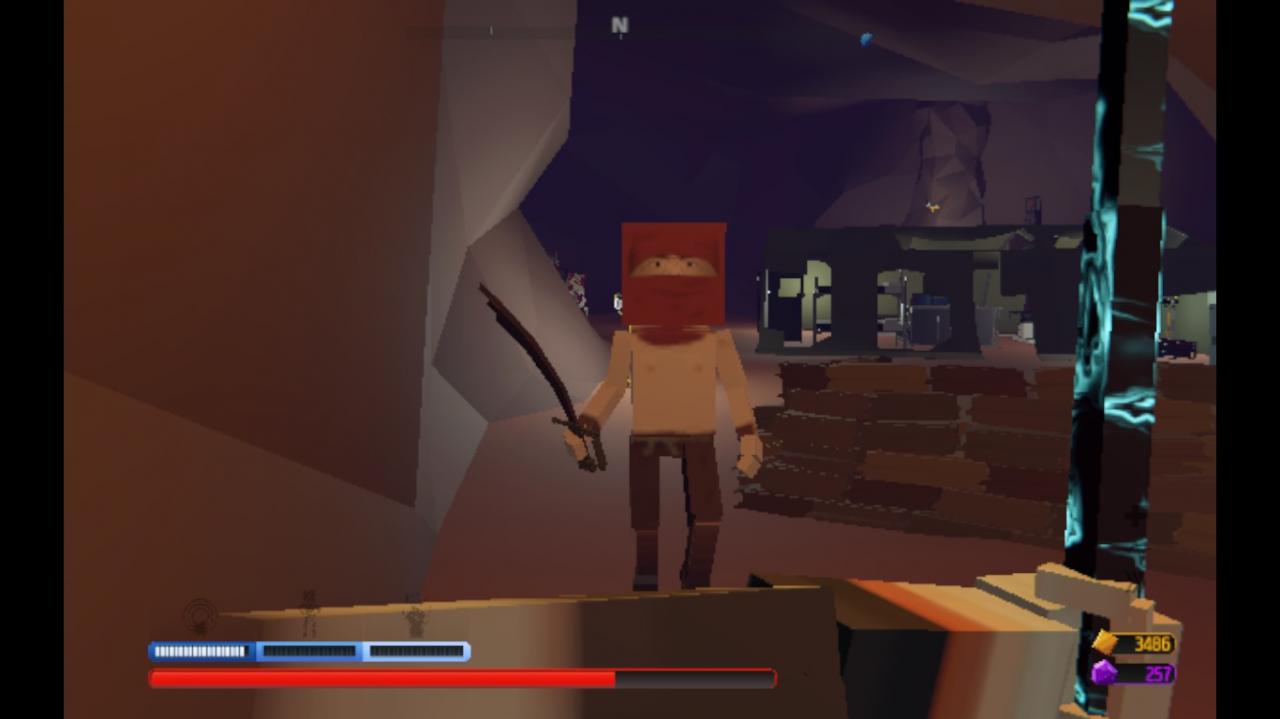 – Tentacle Mutant – A zombie, but slightly tankier and as the name suggests, it has a giant tentacle instead of his hand. It’s strong and does knockback so watch out in levels where you can fall into the void. Wait for him to swing his Tentacle and then attack. He’s slower than a regular Zombie so he won’t be chasing u down tho. 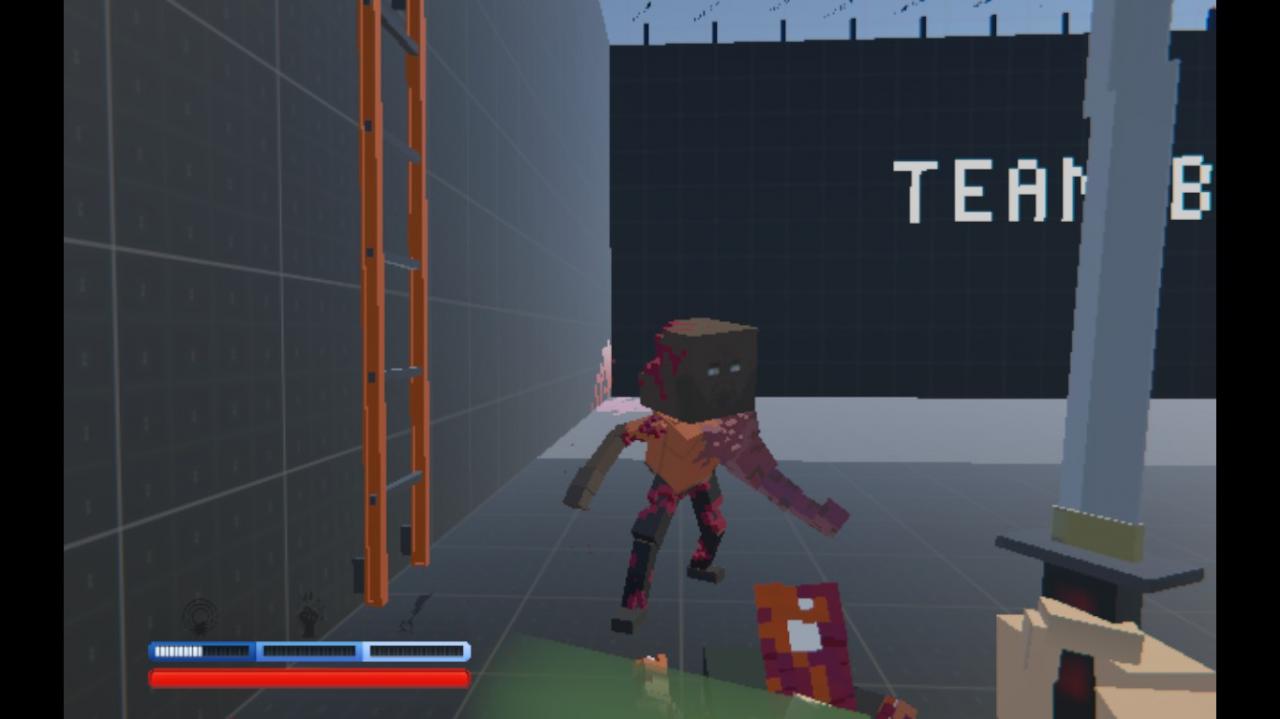 – Crystal crab – If you are not playing the Brawler class or u don’t have any upgrades, this guy is AN INSTA-KILL. These guys are planted in walls, the ground and sometimes even the cieling. They fire a sniper like laser beam. The easiest way to dodge it is waiting for him to charge up and then jump. The laser will completelly miss you. Go for his legs, hitting his crystals will damage him, but it will take ages to kill him that way. 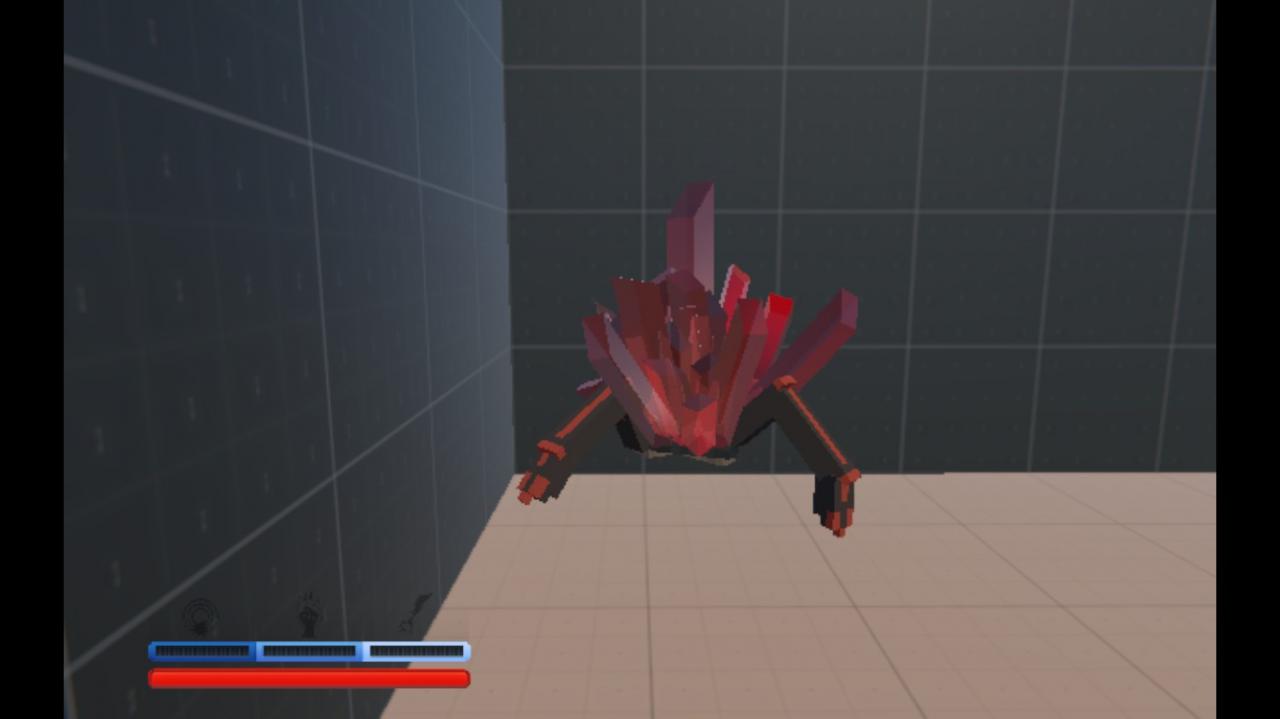 – Minion – This skeleton like dude will fire an irritating laser at u. It drains your health quickly and pushes u around. HP wise, he is very weak. Alternativly, he will create an indestructable shield around Giant Mages (more on them later) and bosses. What u want to do, is go behind cover or go in a straight line and then strike 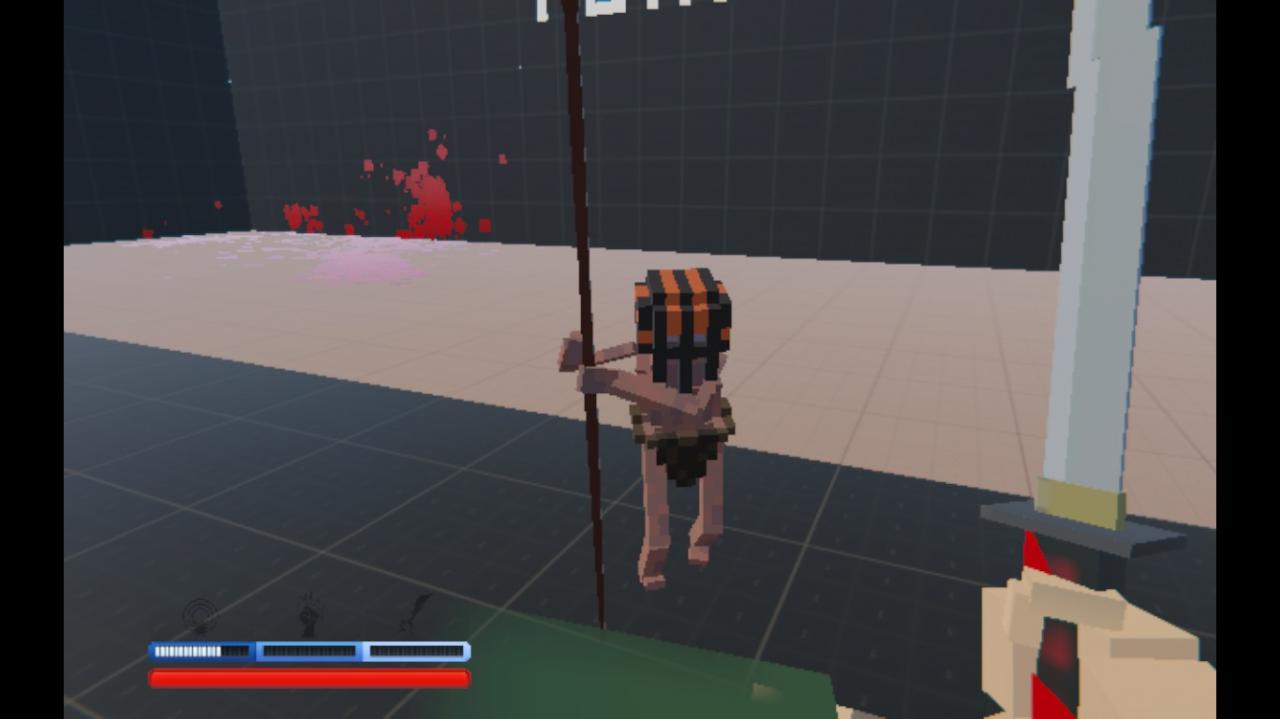 – Floating Head – He’s not that much of a threat. He will slowly float around and you are near him long enough, he will charge up, chase u, and then headbutt u, dealing massive damage. It takes him a long time before charging up, so u have plenty of time to kill him, before he does so. 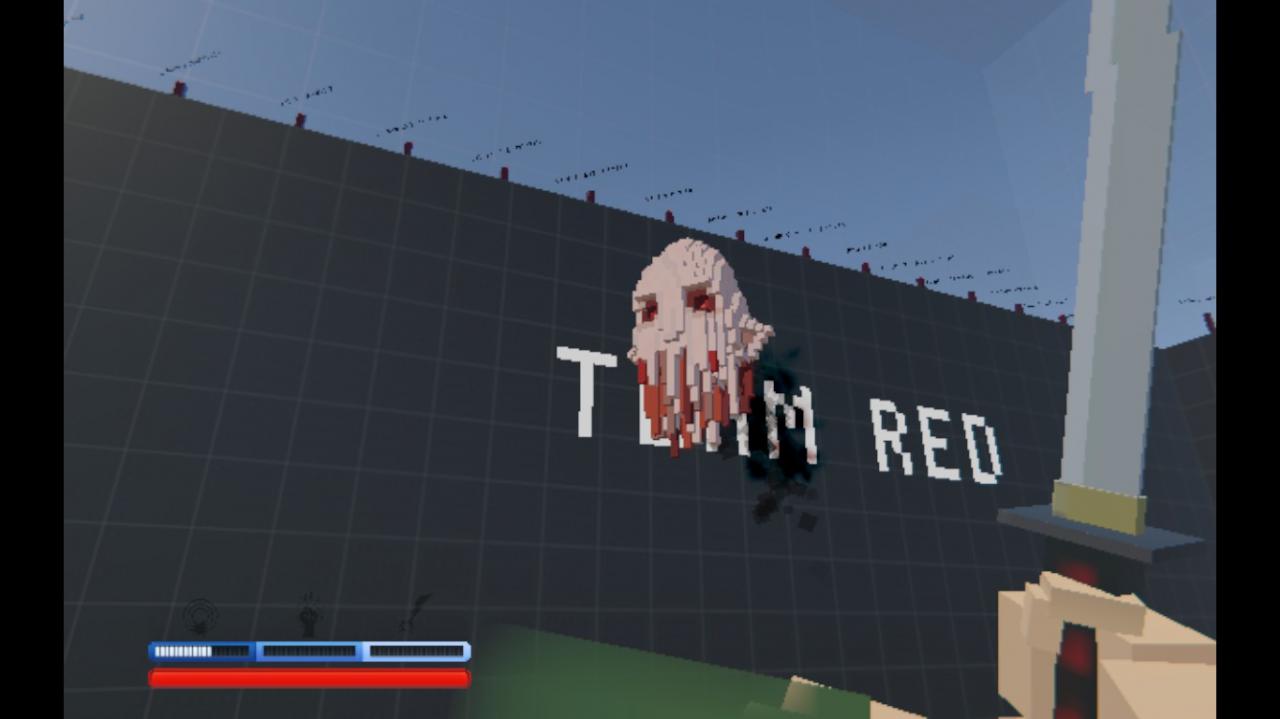 – Blue Crystal Crab – Same thing as the regular one, but it’s blue and slightly bigger. 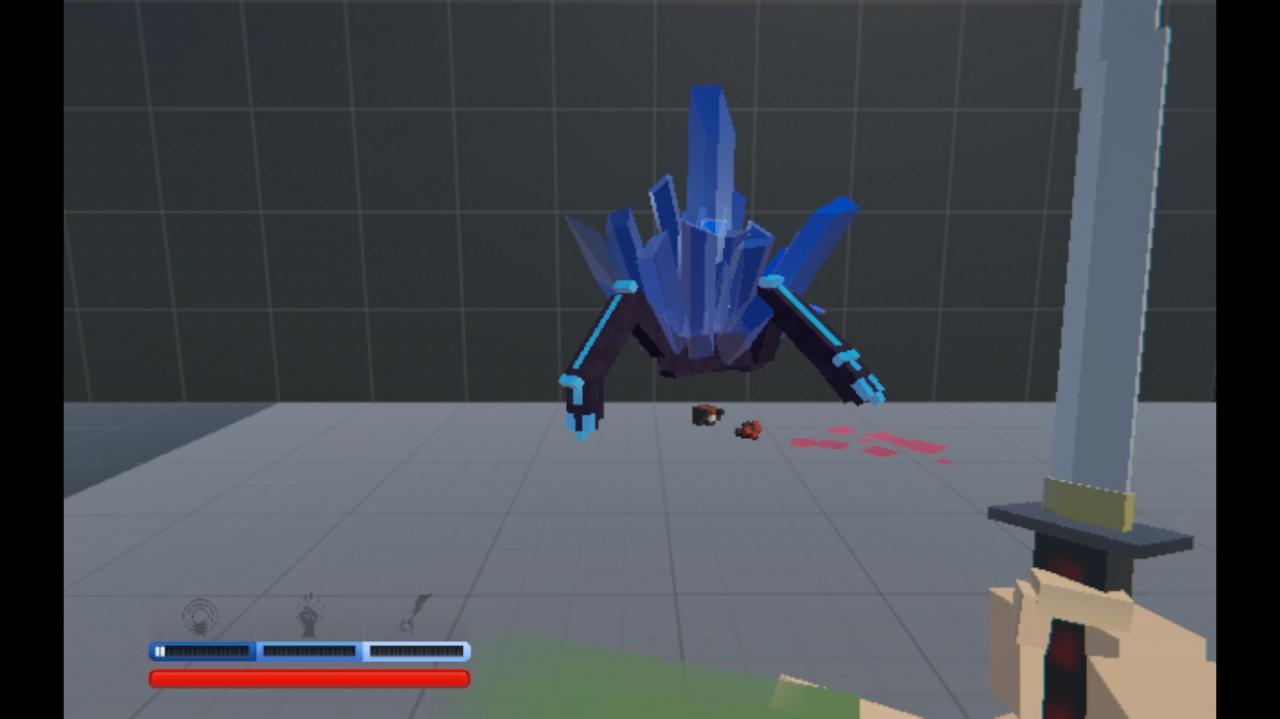 – Hydra – This three-headed dragon will breath fire at u. There is a slight visual glitch if u go behind cover. The flames will pass though the cover and through u, but it won’t deal any sort of damage. It can’t be killed untill u cut off all of it’s heads. Try to use sharp/cutting weapons (Katana, Gladius, Combat knife…) and ranged weapons (Shotgun, double-barel Shotgun, Harpoon gun), because weapons like the Crowbar, Pickaxe, Hammer, Bat etc. won’t work, as they are not meant for cutting. 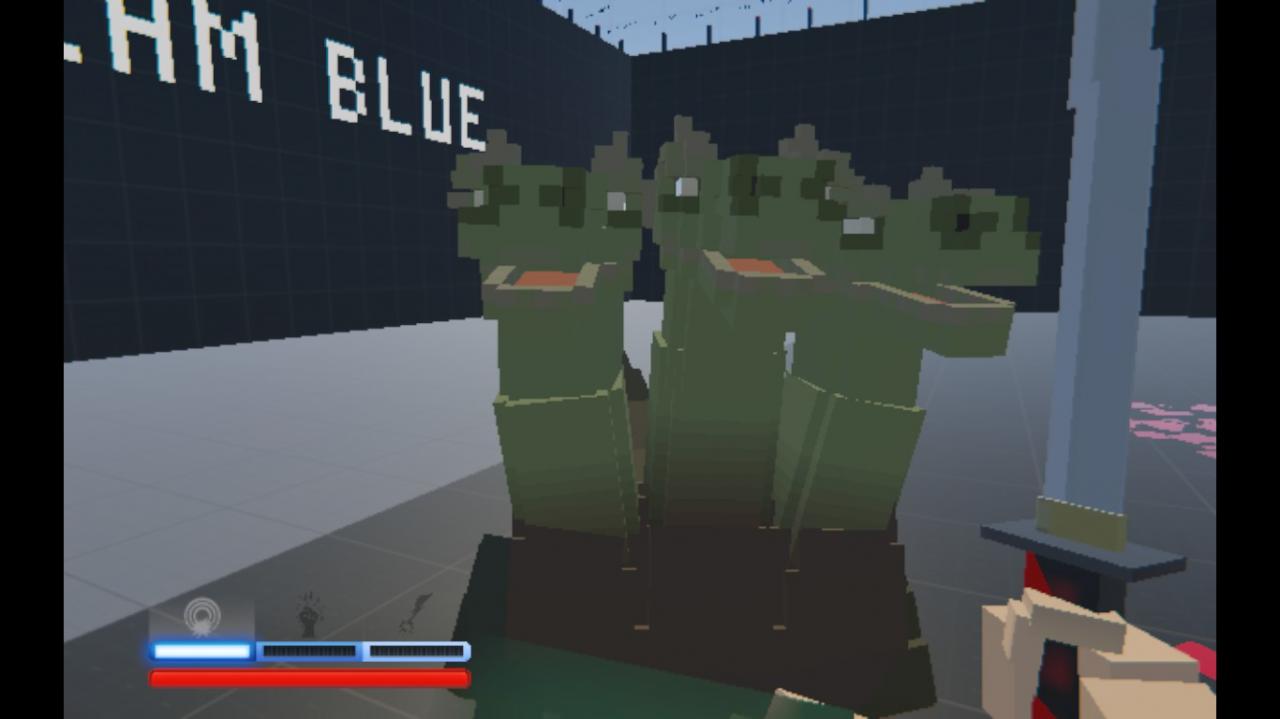 – Bore Worm – This guy is hidding in the ground most of the time and will randomly spring up and attack u, dealing massive damage. Try to keep track of little crumbly bits of ice, that appear when he’s underground, they will help u track him down. Suprisingly tanky might i add. 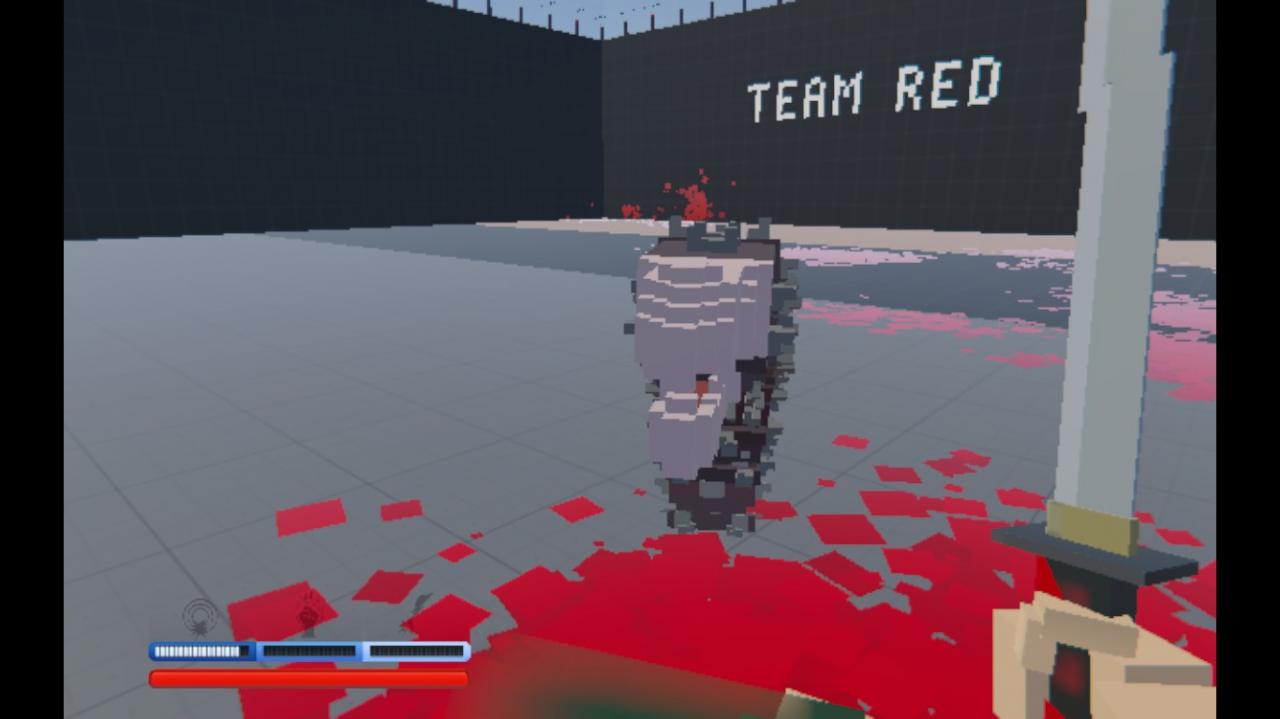 – Crystal Entity – This guy almost seems friendly. When he notices u, he will slowly charge up electricity in his hands and then chase u with it (he’s really fast). The way to counter this is placing yourself behind another enemy, which makes the Entity hit the enemy instead of u, or just keep running away untill he stops to chase u. Doesn’t have alot of HP. 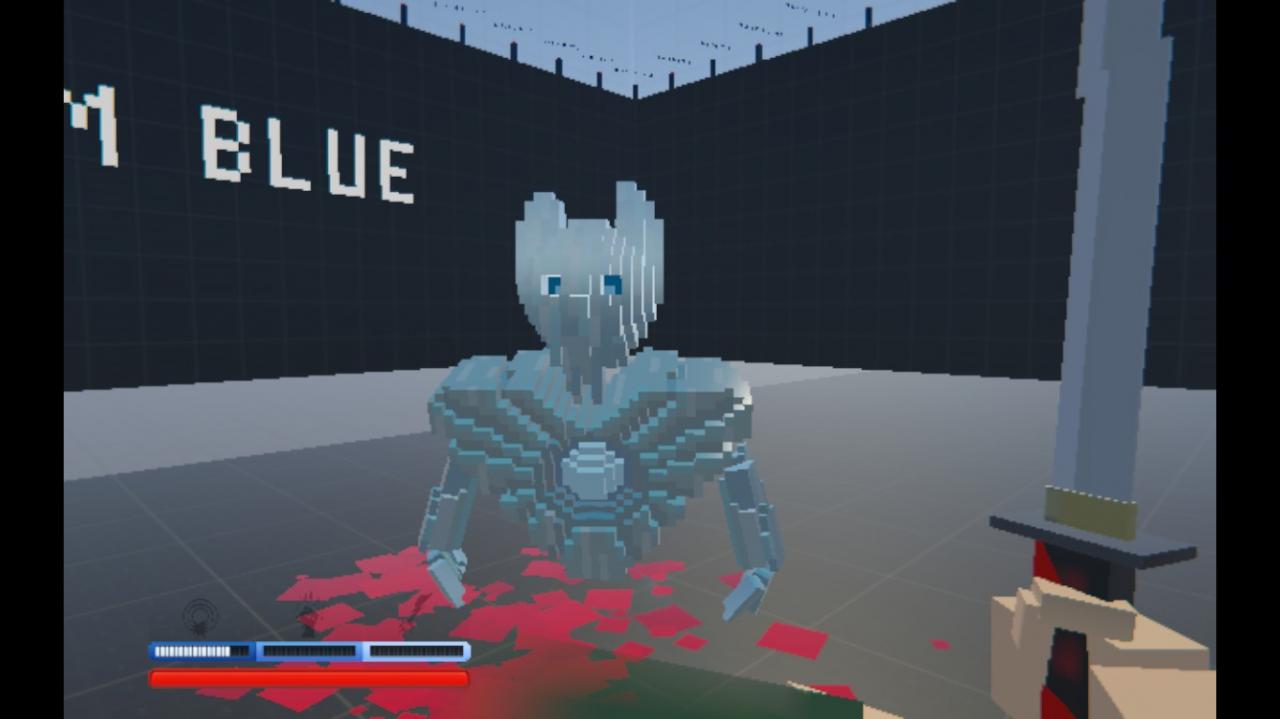 – Interceptor – A beefy boy. Tanky and deals a lot of damage, but his attack speed is very slow. Wait for him to punch/bite and then strike. If you’re too far away from him, he will chase u down very quickly. 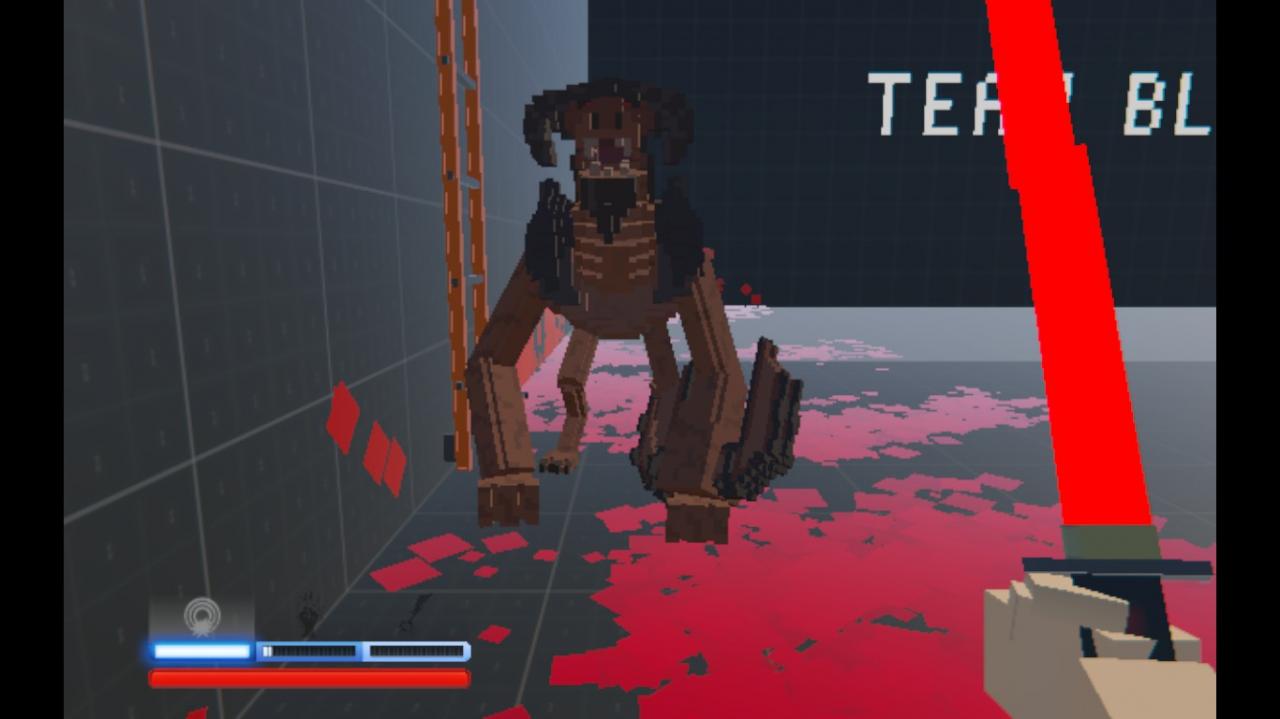 – Teleporter – Weak HP wise. He will perfom a ranged attack by throwing an energy ball, dealing avarage damage. Up-close, he will quickly smack u, dealing the same damage as the ball. He will sometimes teleport around. He is very vulnarable during teleporting, so use this as a chance to attack. 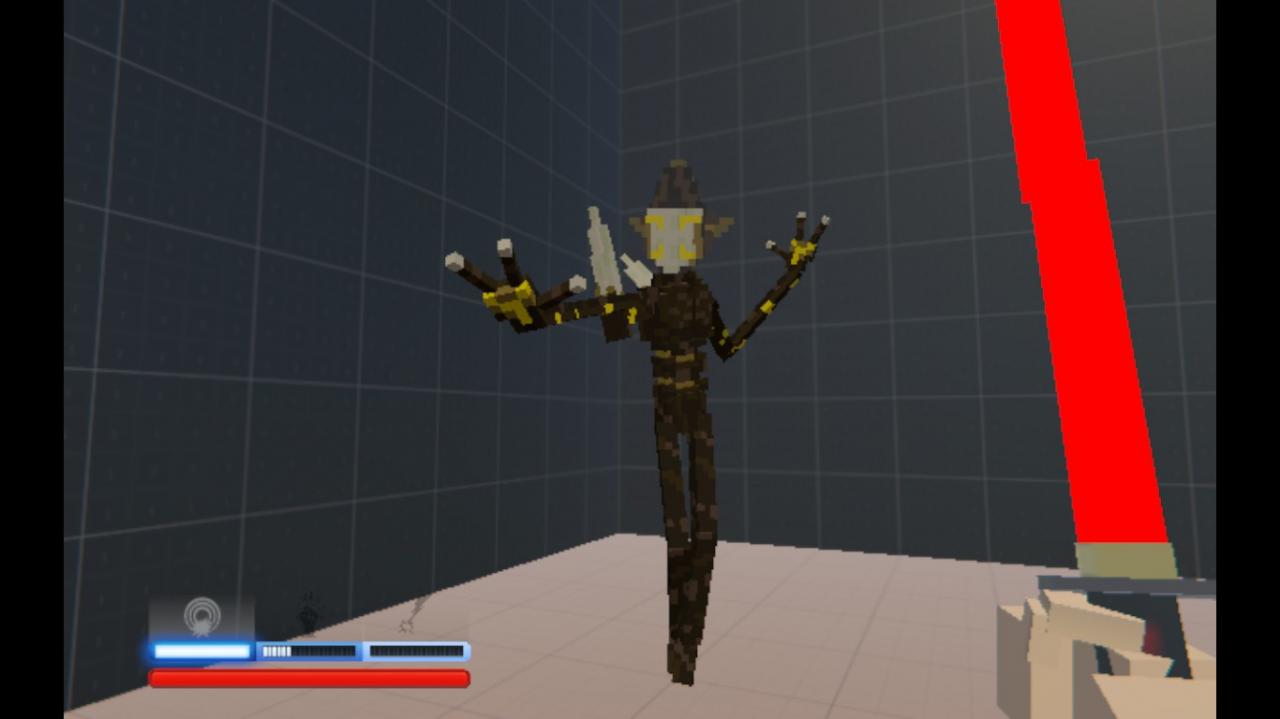 – Giant Mage – Really weak when melee attacking. He doesn’t have alot of HP, so one or two slices with a Katana will do the trick. But believe it or not, he is by far the most annoying. He is protected by Interceptors and Minions. He will summon homing projectiles as a ranged attack. He can also summon Crystal Crabs and more Interceptors. KILL THIS GUY A.S.A.P.! 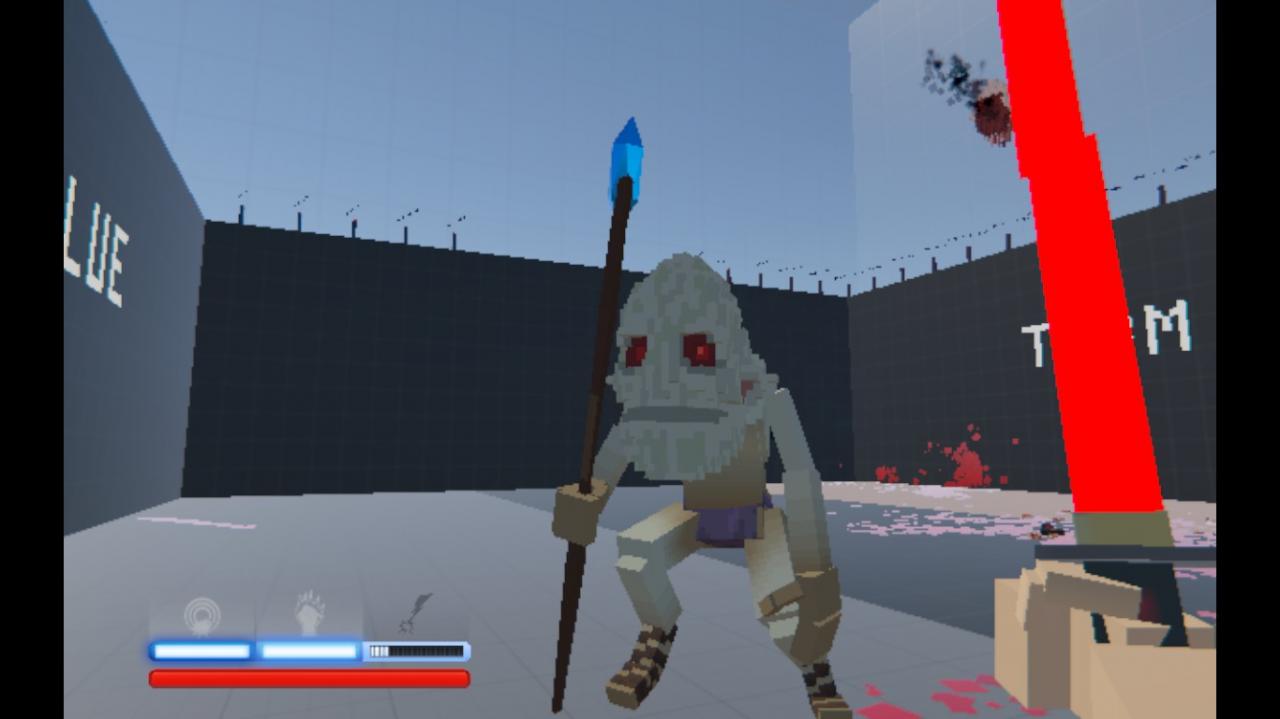 – Statue – They are almost harmless. They just stand around, doing nothing. That is untill u turn your back on them. That’s when they start to slowly and quietly walk towards u and attack. However, if u turn around, they will just stand still yet again, like nothing happened. If u attack them tho, they will start to fully chase u and it doesn’t matter if u are looking at them or not. Tanky, but easy to take down. 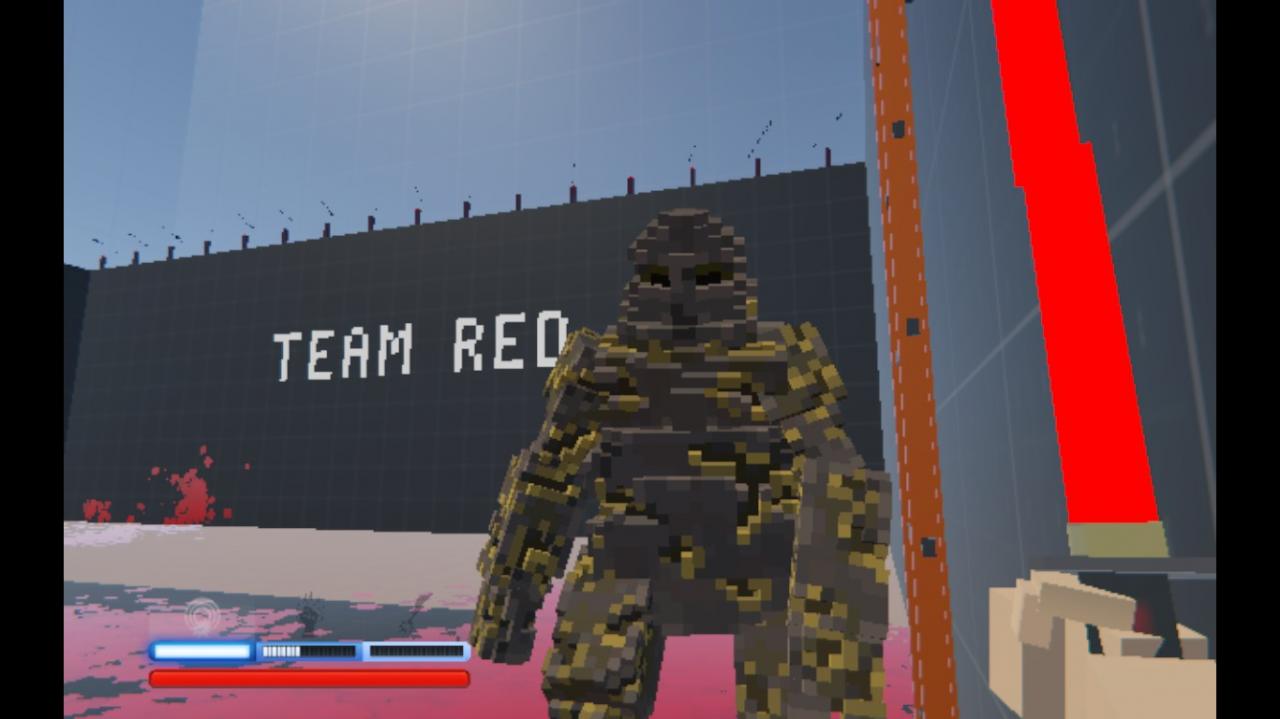 – Charger – Cheap and annoyng. He will charge at u, dealing little damage, but heavy knockback. Since he appears in a level, where u can fall and instantly die, he’s the enemy that u should always kill first. He will get u when u least except it, so just try to keep track of them. U can simply jump over them or move to the side. 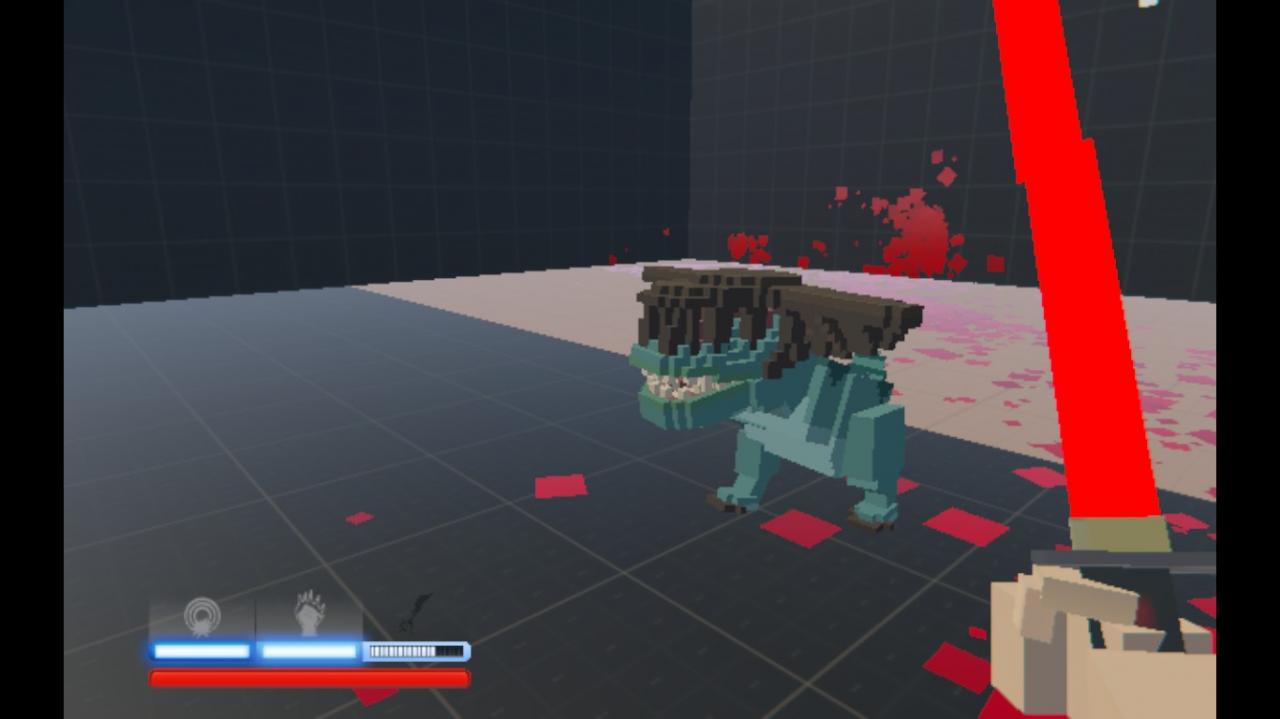 – Observer – Very slow. He has tentacles, that will hit u. He can also bite, which deals a mouth-full of damage. Try to go for his massive eye. Overall not very threatning. 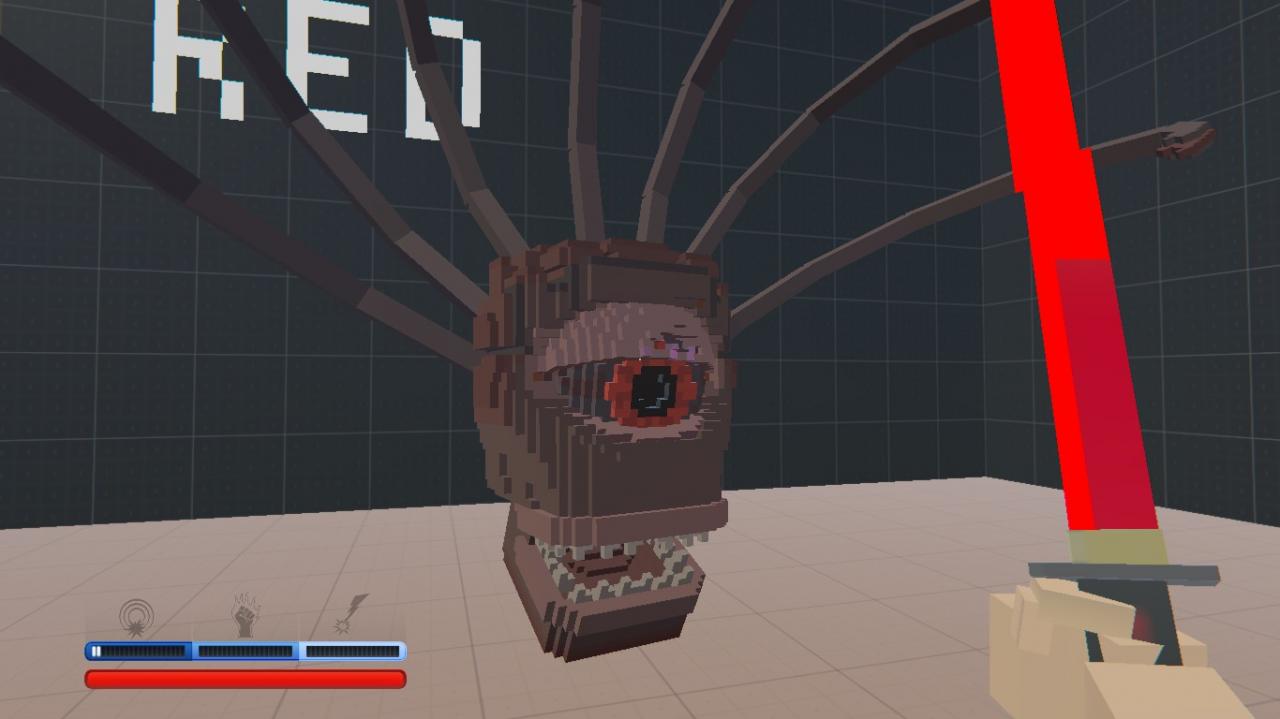 – Pursuers – I know what u are wondering: “But Pursuers aren’t killable!”. Well, in Fire and Blood, they are! Just pick up one of the orange glowing weapons and stab the heart they are holding. U can’t kill them with any other weapons tho. 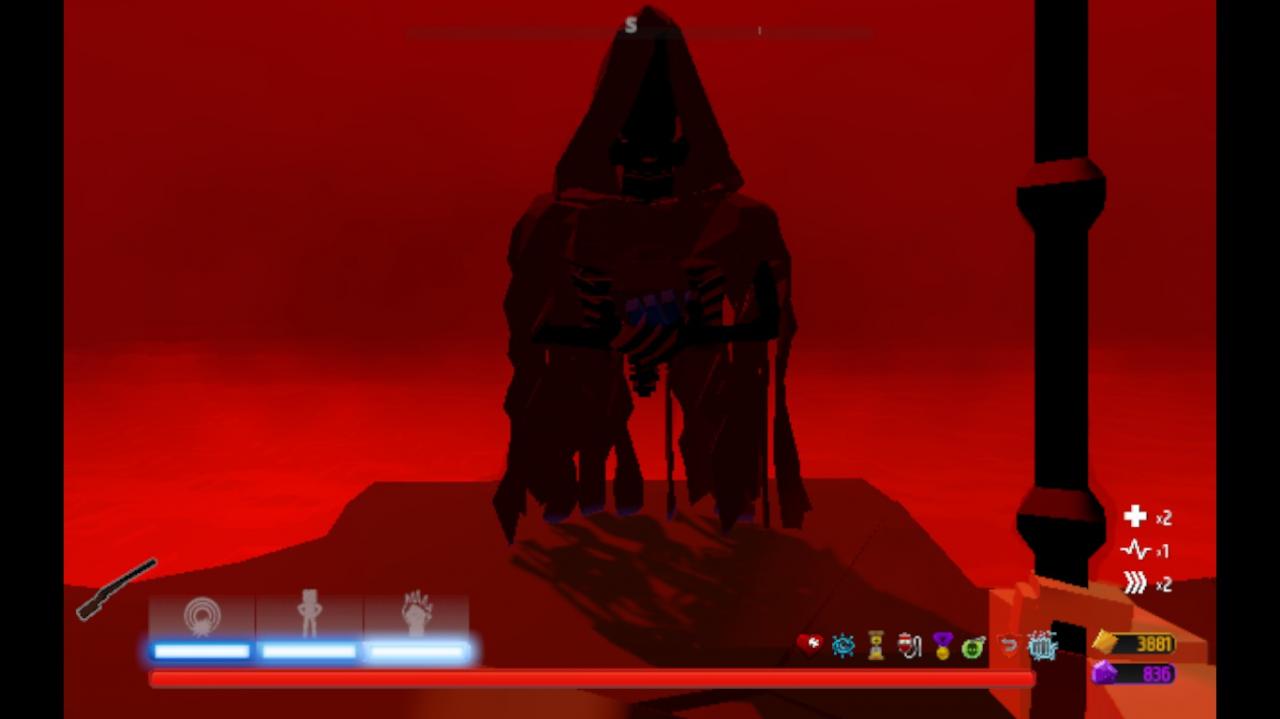 – Skeleton – A regular Zombie re-skin. Nothing too special. They only appear in the final boss 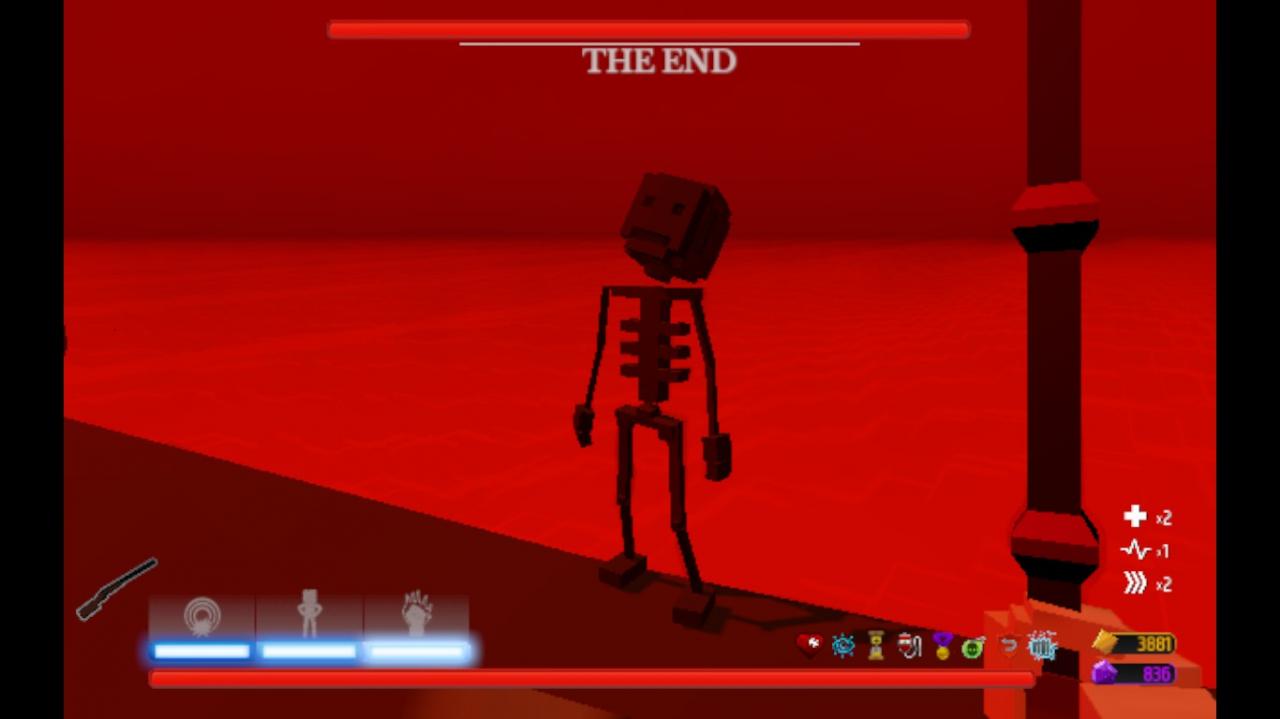