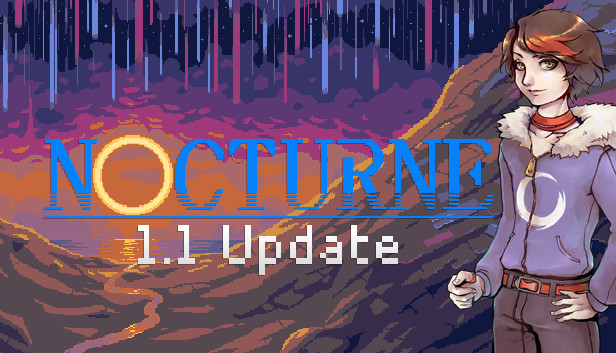 Difficulty does NOT matter for any of the achievements. You could play on Easy but if you wanna actually have fun then play on whatever you feel comfortable playing at. I did most of this on Expert :p

You must clean Kimothy’s bandage.

You can do this using the bucket at the top of the field area, where you meet the fish dude. 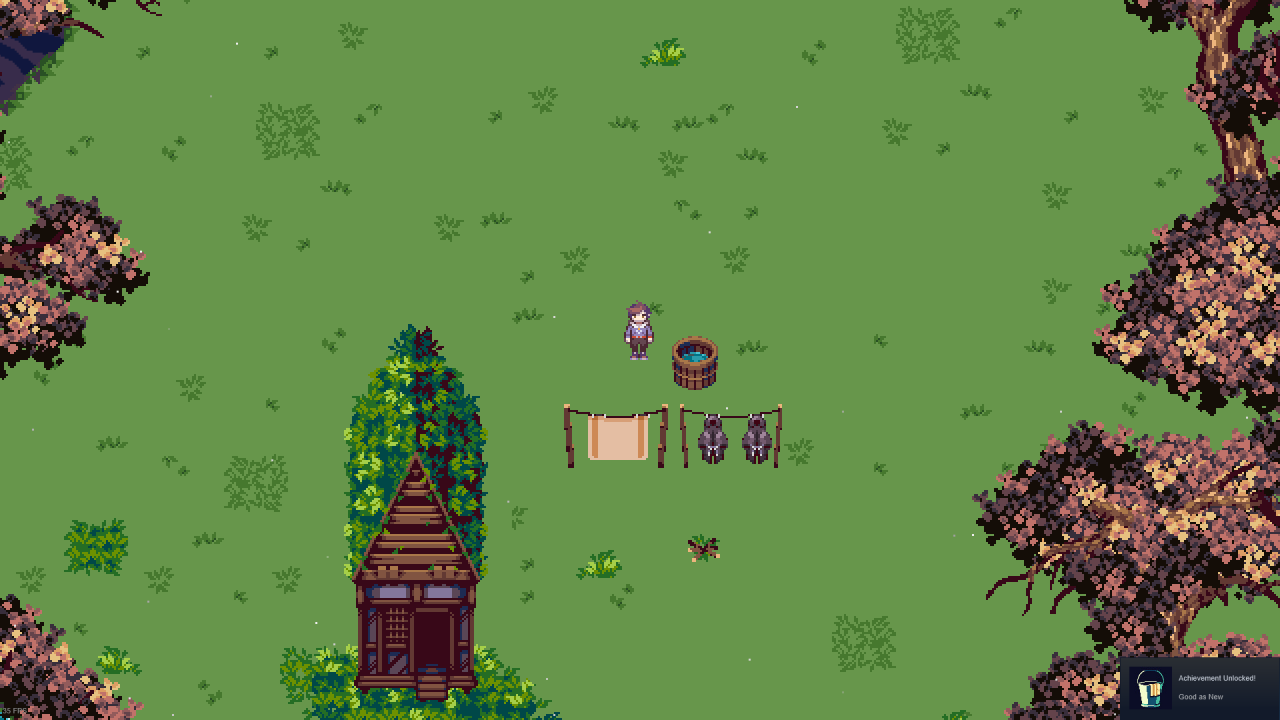 You have to interact with every single thing in the city that you can interact with. Sorry, but I’m too lazy to list them all. 😛

Barred off doors are a good place to start, you can almost always interact with them.

You have to get from the start of the game to the point where you return to the welcome centre in 6 minutes or less. Probably one of the hardest achievements in the game, but one you can get right from the beginning.

Few tips:
– Difficulty still does not matter, you won’t get there quicker by playing on Easy
– Mash (the Z key) through the dialogue as fast as possible. Be careful about the dialogue choices with the angel (pick the bottom one), or interacting with stuff you don’t need to.
– Make sure running is set to Toggle in the options. As soon as you can walk, hit shift.

Once you get out of the welcome centre for the first time, follow this badly drawn path. 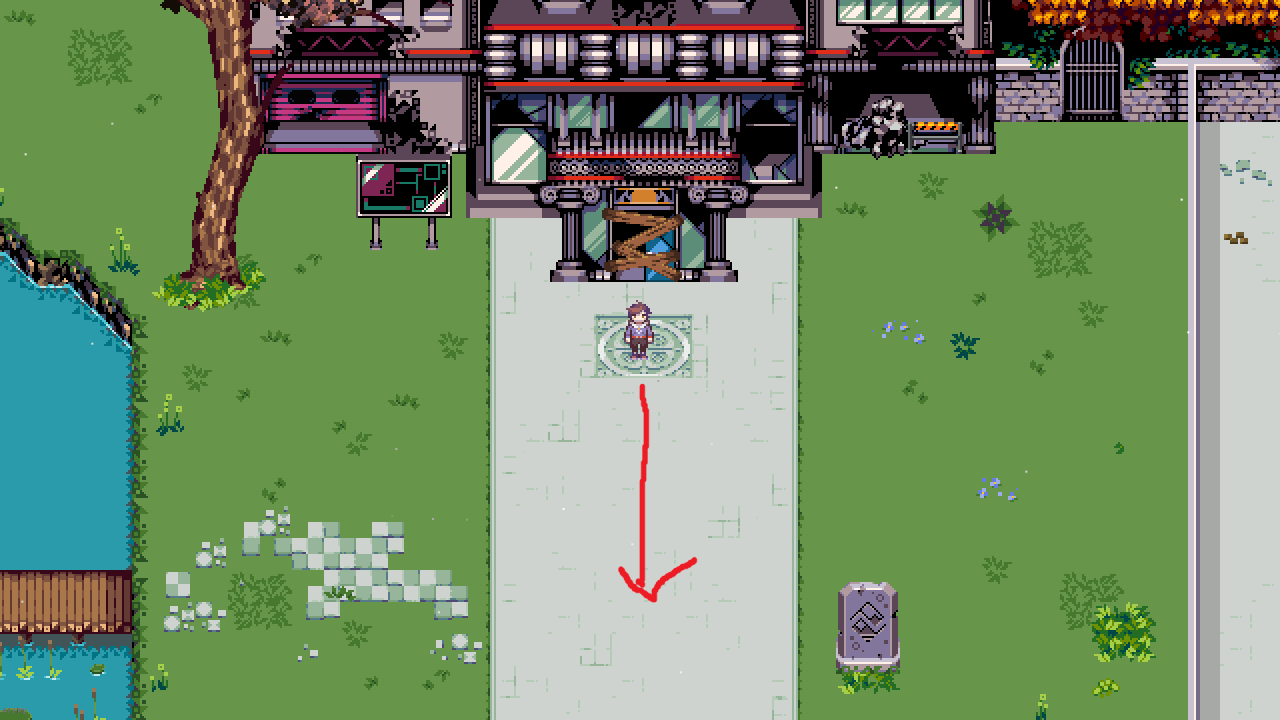 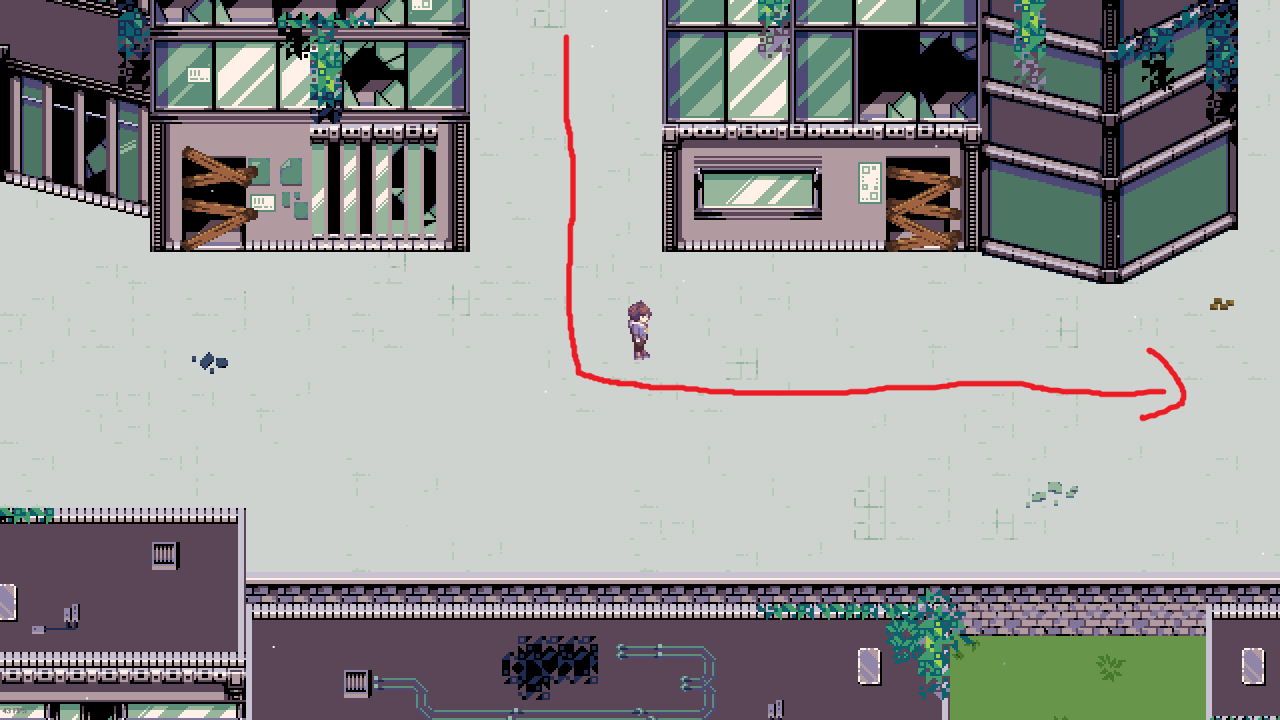 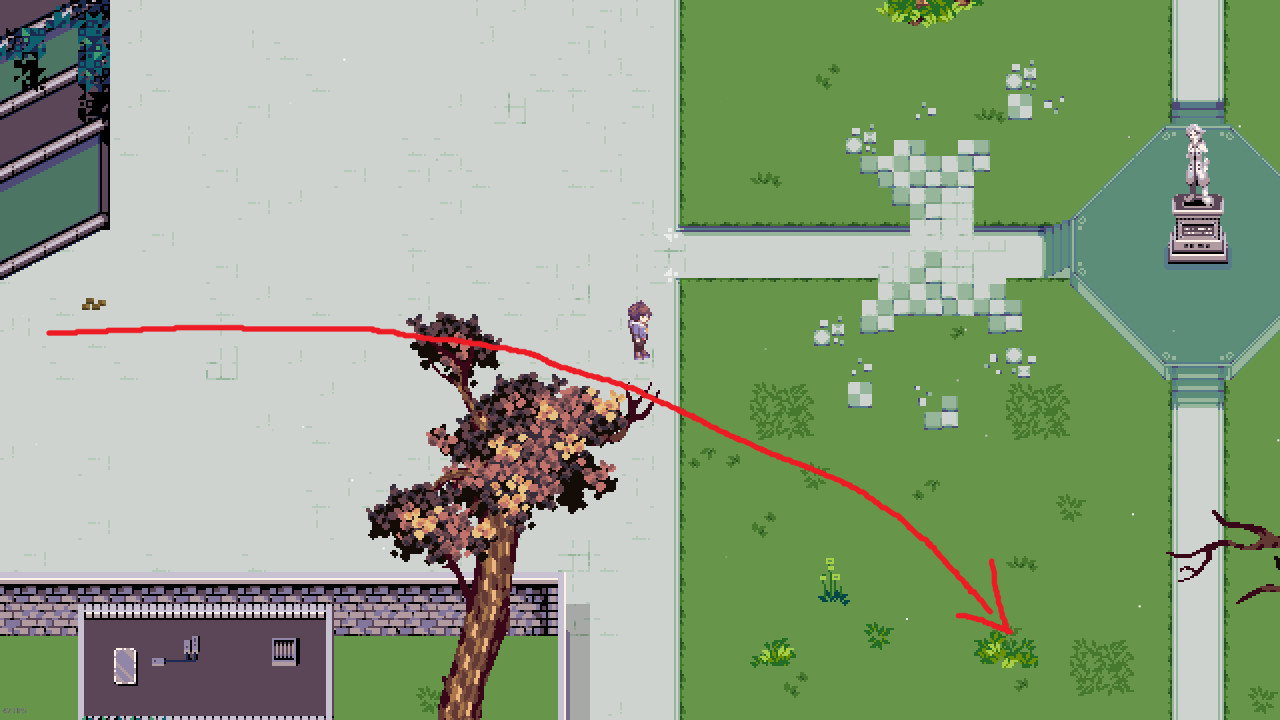 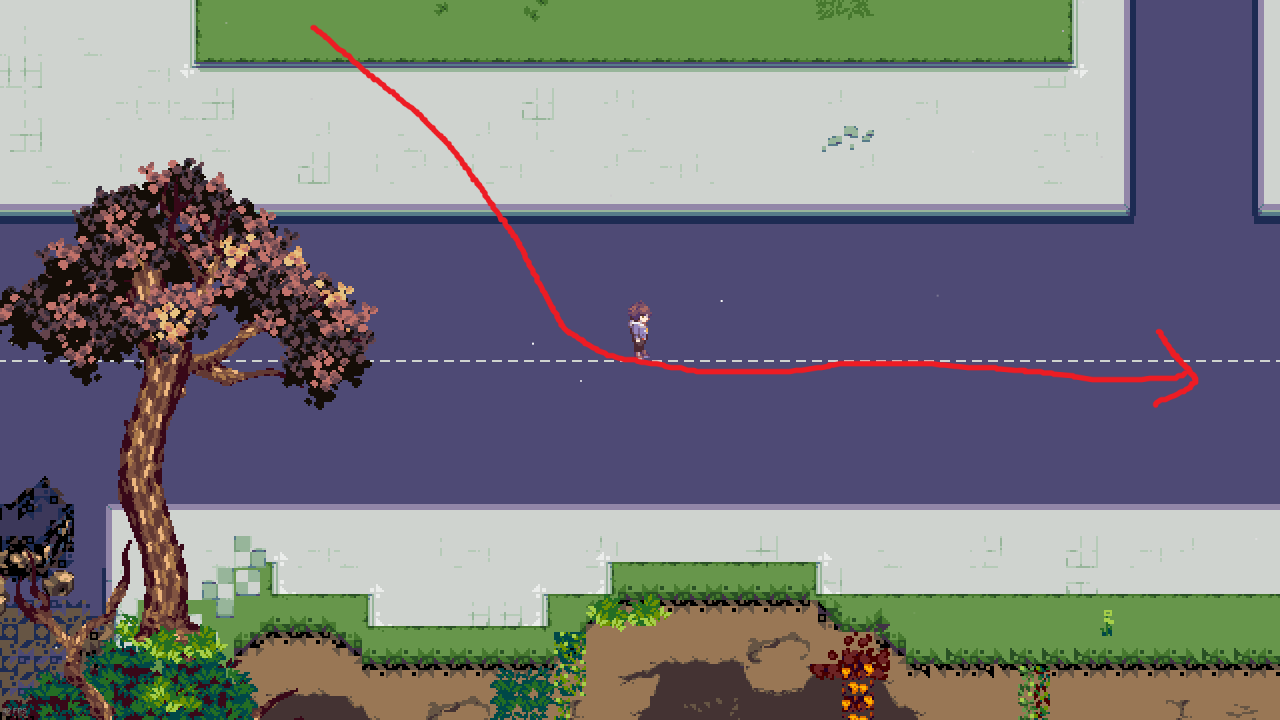 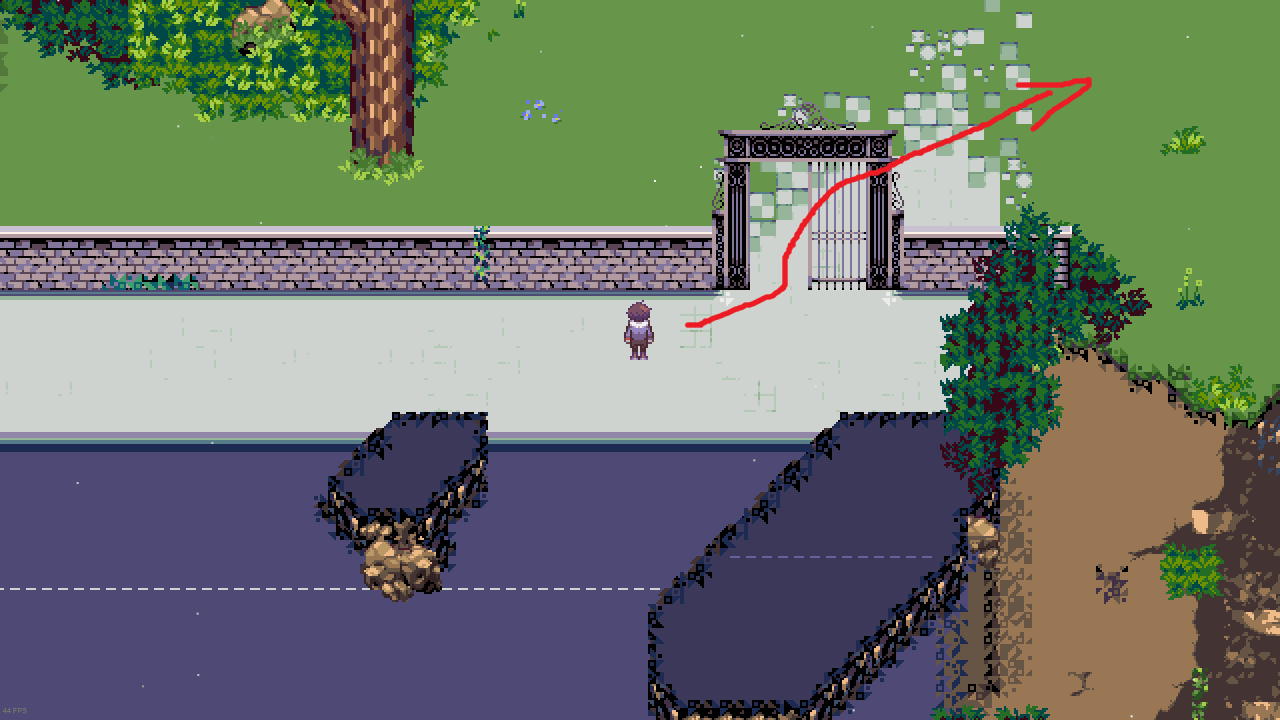 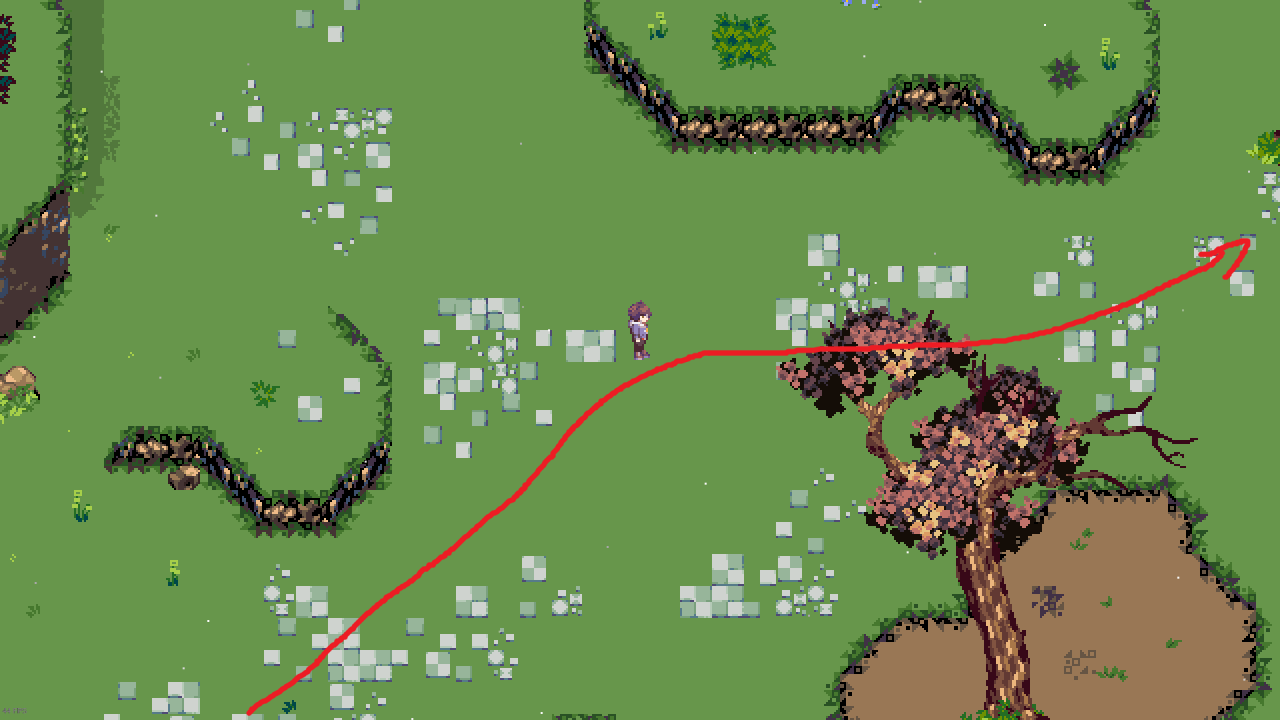 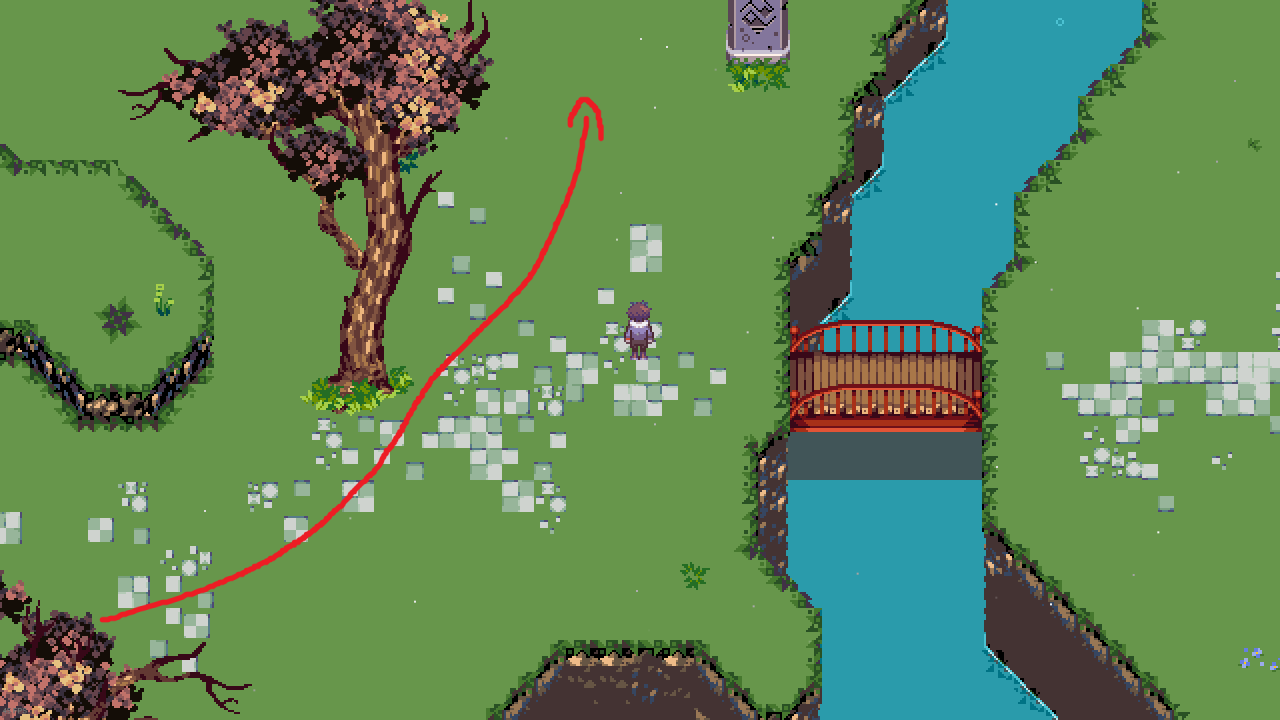 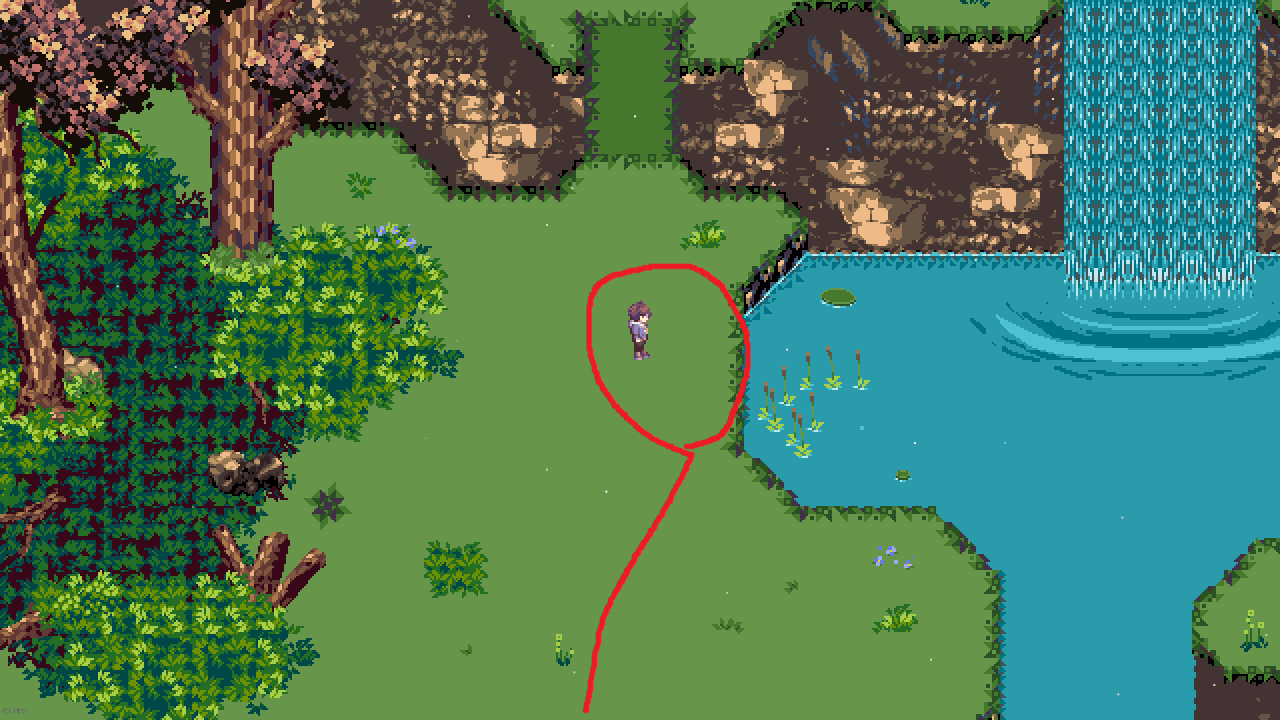 When you make it to the circled part, fight the kid. Once the fight is over, follow the same path backwards. At this point enemies will start to attack you, fight off as many as you need to.

Once you’ve made back to the start of the path, mash through one last bit of dialogue, and you will get the achievement if you were quick enough.

Get an A rank or better against every enemy. Generally no misses should be enough to achieve this.

Note that although the game keeps separate score records for each difficulty, you do not have to do all 6 A-ranks on the same difficulty.

When fighting the kid as detailed in the Speedrunner section of this guide, dodge his final attack.

Shouldn’t be a big problem for you.

Pretty much the exact same thing as City Explorer, but you have to do it in the industrial area now.

Win a fight against a Roach while getting hit by every single mine (black notes) it throws at you.

You should do this on Easy, as there are too many mines on Normal and higher.

Note that when you hit a mine, the key you used to hit it is disabled for a while. The roach will throw two mines at the same lane sometimes. When this happens, just mash that lane’s key to be sure you get both.

Win a fight against any enemy with the note speed turned all the way up. (either 3.0 with x-mod or 1000 with c-mod)

Pretty self-explanatory. You should go with x-mod, because I have no freaking clue how you could play this game at 1000 bpm.

Finish any fight that awards a rank with an S rank.

Try to keep everything Great or Perfect. A couple Goods should probably be acceptable as well.

If you start getting Okays or worse, you should retry if you can.

All you have to do is get the amulet in the field area.

It can be found where I’m standing in this screenshot. (before you get the amulet, the rocks will be corrupted) 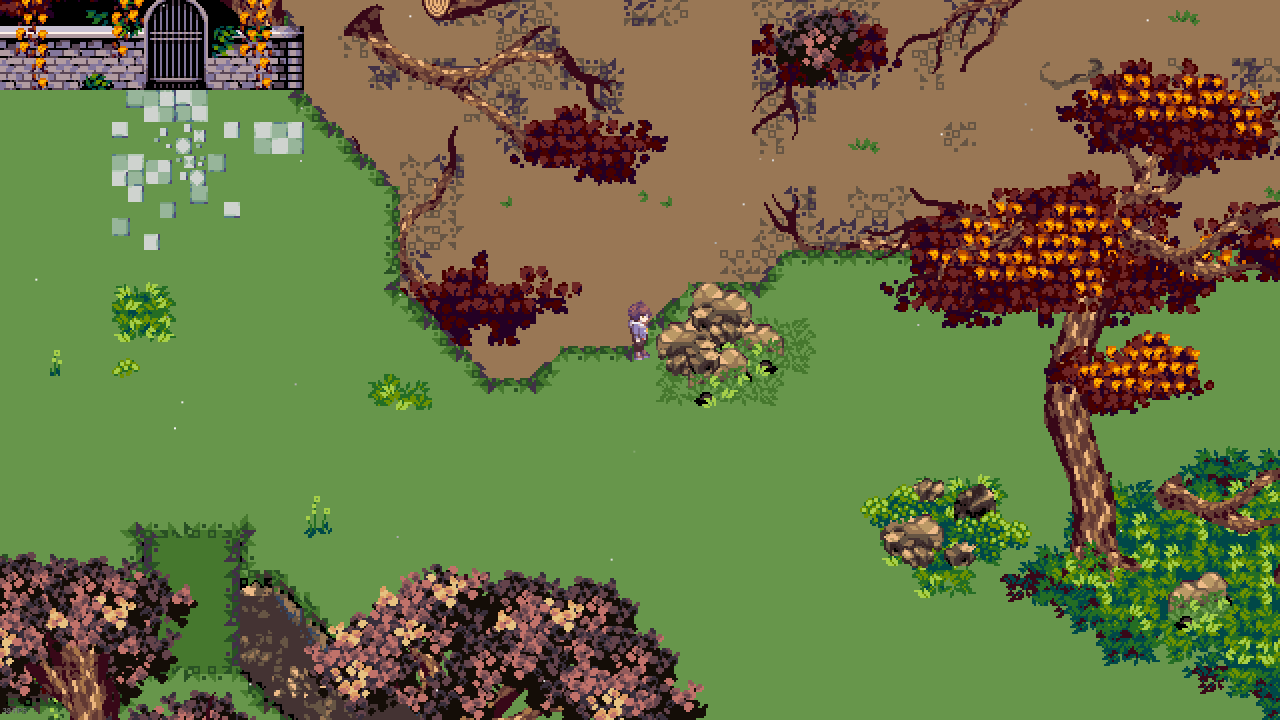 You must get the corruption-clearing power from the fish guy first.

When Kimothy (I think that’s his name?) goes to play hide and seek, find him. 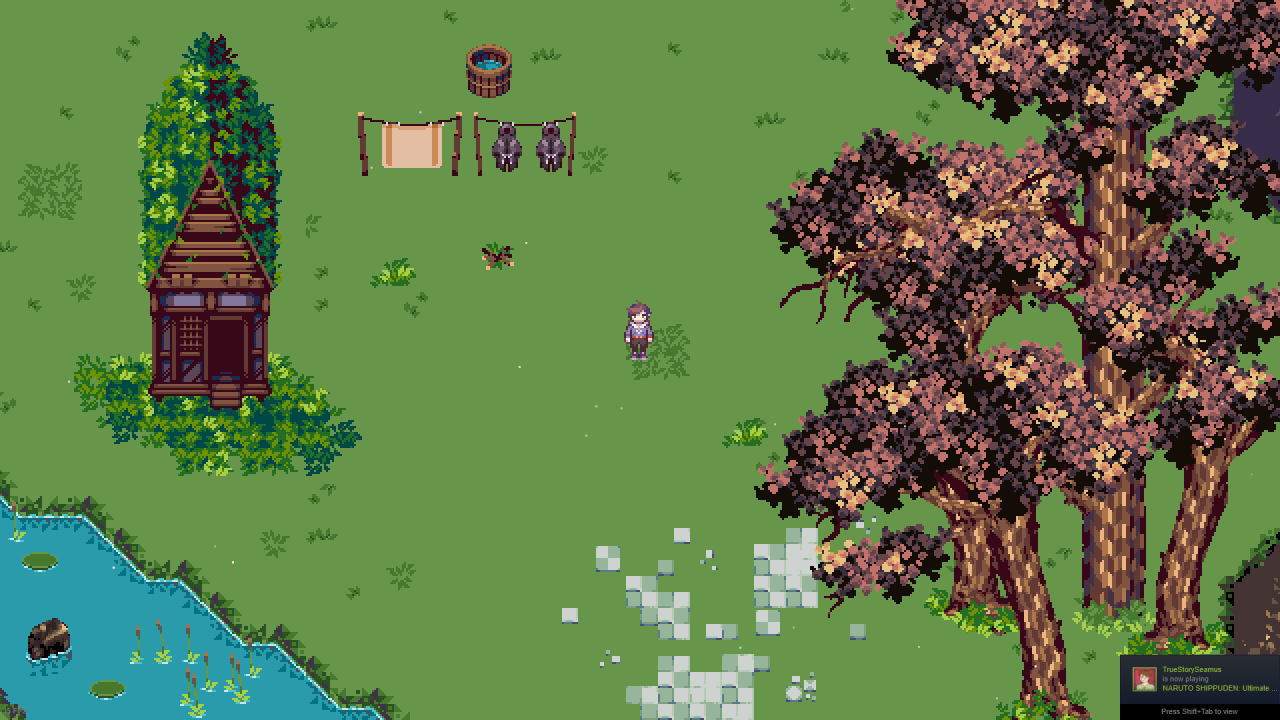 You can find him in the tree in the middle of the group of trees on the right. (press Z when you get up to it)

Beat your personal best score in any fight.

Defeat the final boss without having any equipment equipped. Self-explanatory, but this guy is tough, so you’ll probably want to keep the difficulty on Normal or Easy if you’re going to try this.

When you get to the spot shown in the screenshot, after turning the generator on, you’ll have to input a code. 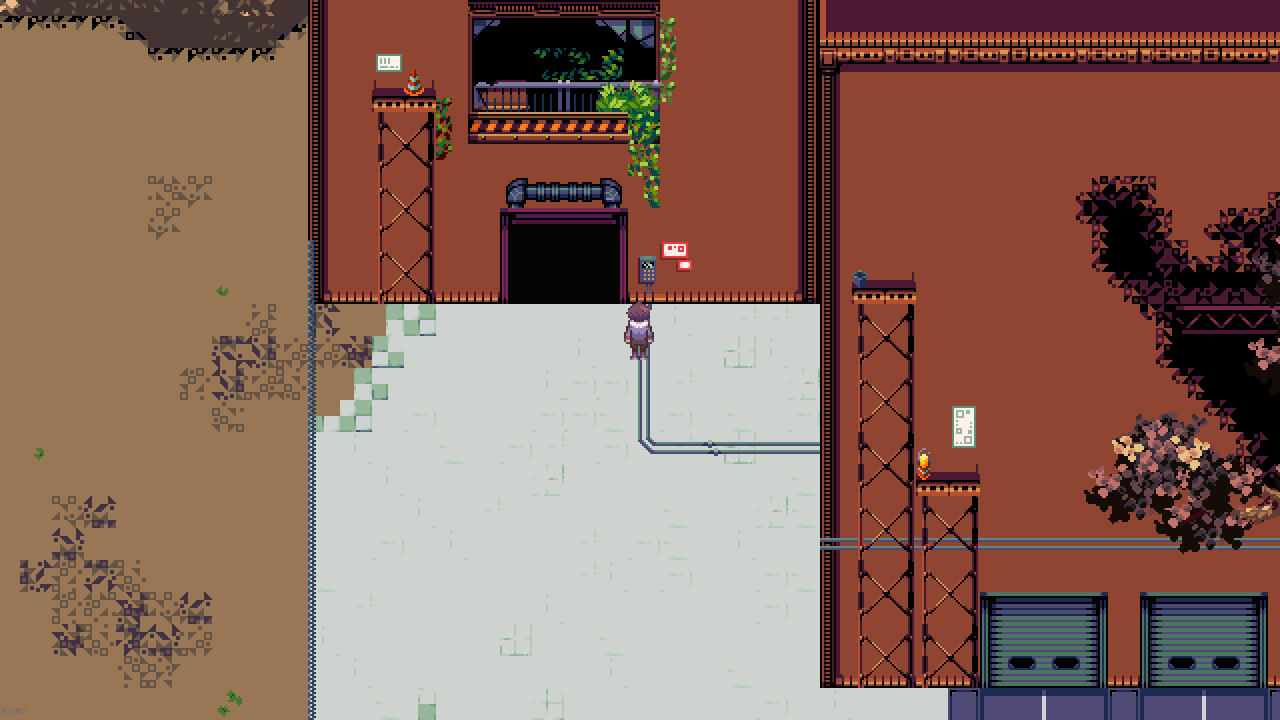 As a precaution, you should go back to the save point in the area after turning on the generator.I believe the code is 1873. I MIGHT be wrong, please correct me if I am!

Hint (and also the reason I told you to save): Kimothy will tell you the right code after a few attempts. In the event I am wrong, reload the game and try again with that code on your first attempt.

Just win any fight without missing.
That’s all we are sharing today in Nocturne: Prelude 100% Achievement Guide, if there are anything you want to add please feel free to leave a comment below and we’ll see you soon.
Credit to Funguy161