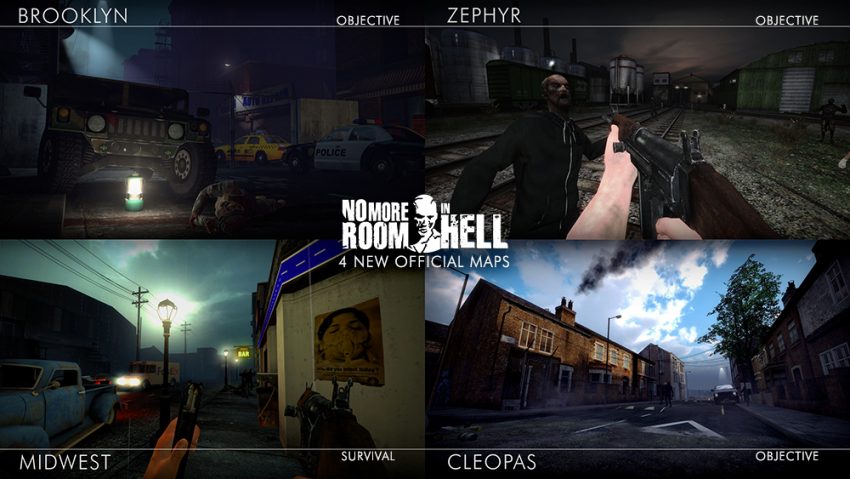 This is an encyclopedia of the weapons available in No More Room in Hell. 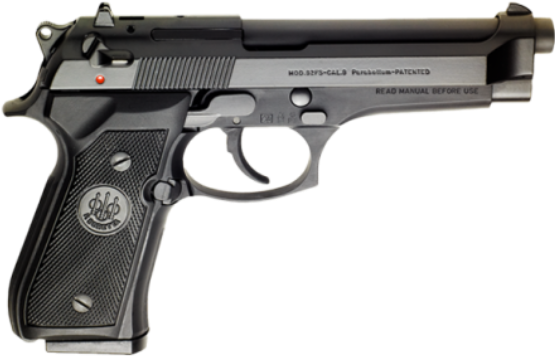 Beretta M92FS
Info: The Beretta 92 is a series of semi-automatic pistols designed and manufactured by Beretta of Italy. The model 92 was designed in 1975 and production of many variants in different calibers continues today.
Ammo: 9mm
Action: Semi Automatic
Capacity: 15+1
Reload: 3 Seconds
Range: Close, Mid, Long Range 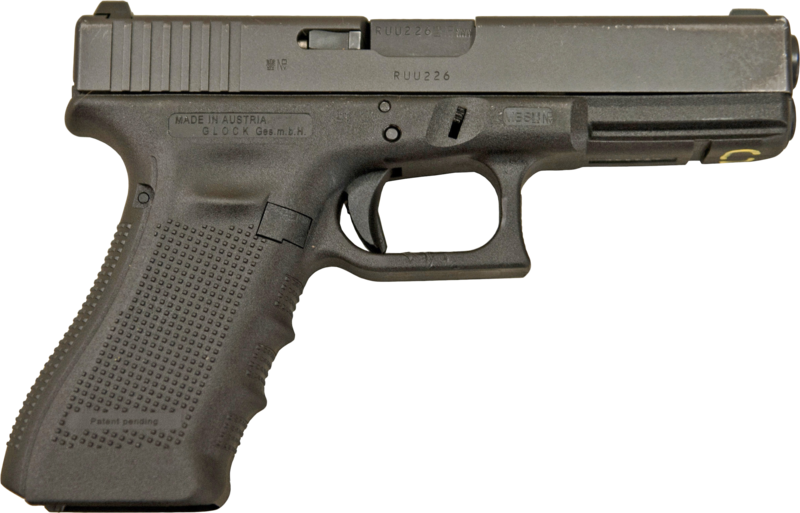 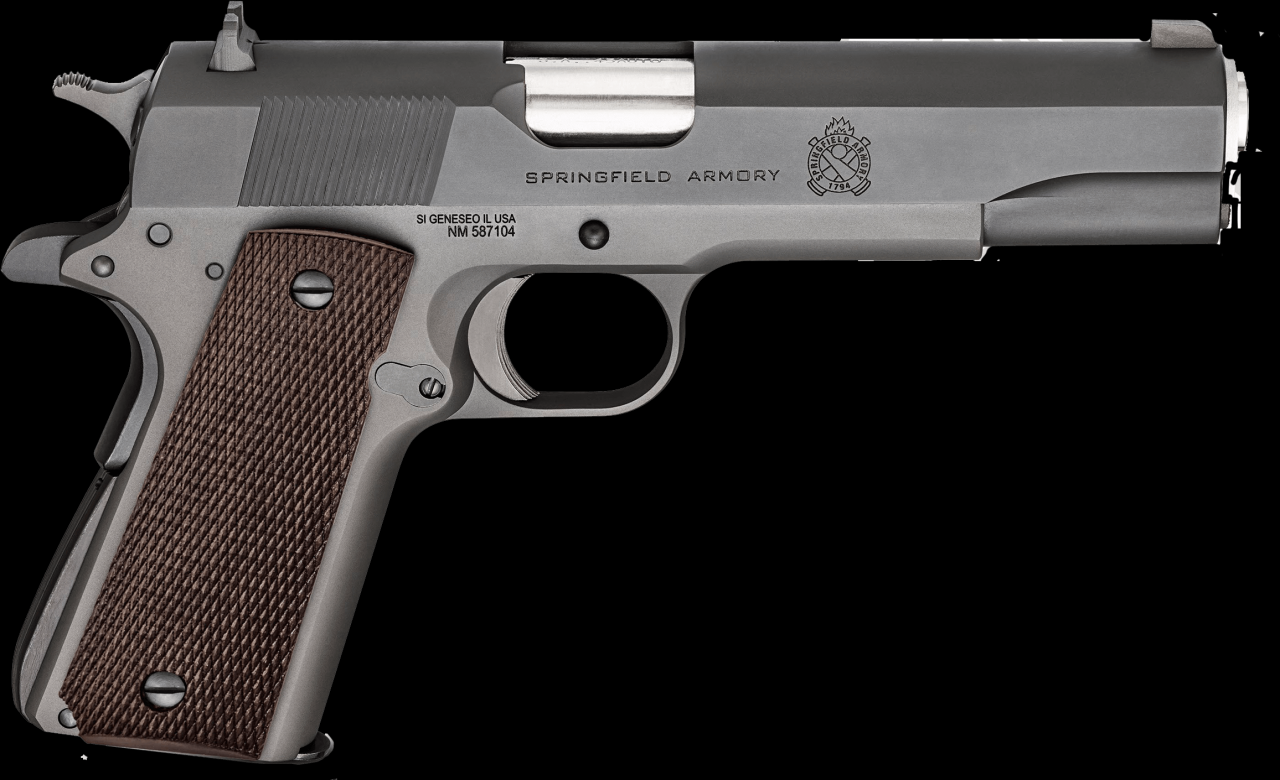 Colt National Match (1911)
Info: The M1911, also known as the Colt Government, is a single-action, semi-automatic, magazine-fed, recoil-operated pistol chambered for the .45 ACP cartridge. It served as the standard-issue sidearm for the United States Armed Forces from 1911 to 1986. It was widely used in World War I, World War II, the Korean War, and the Vietnam War.
Ammo: .45 ACP
Action: Semi Automatic
Capacity: 7+1
Reload: 3 Seconds
Range: Close, Mid, Long Range 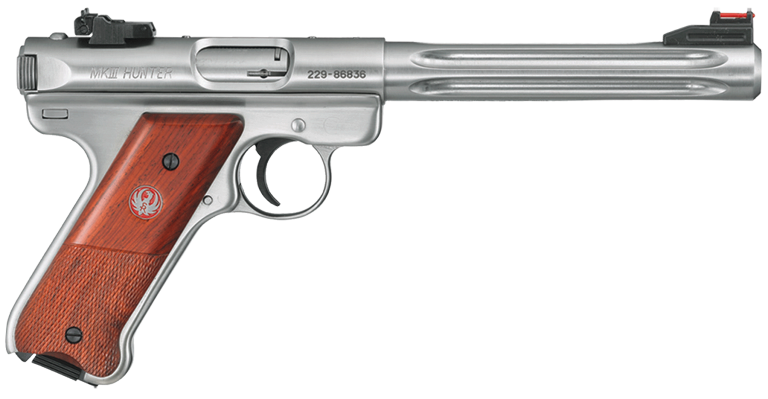 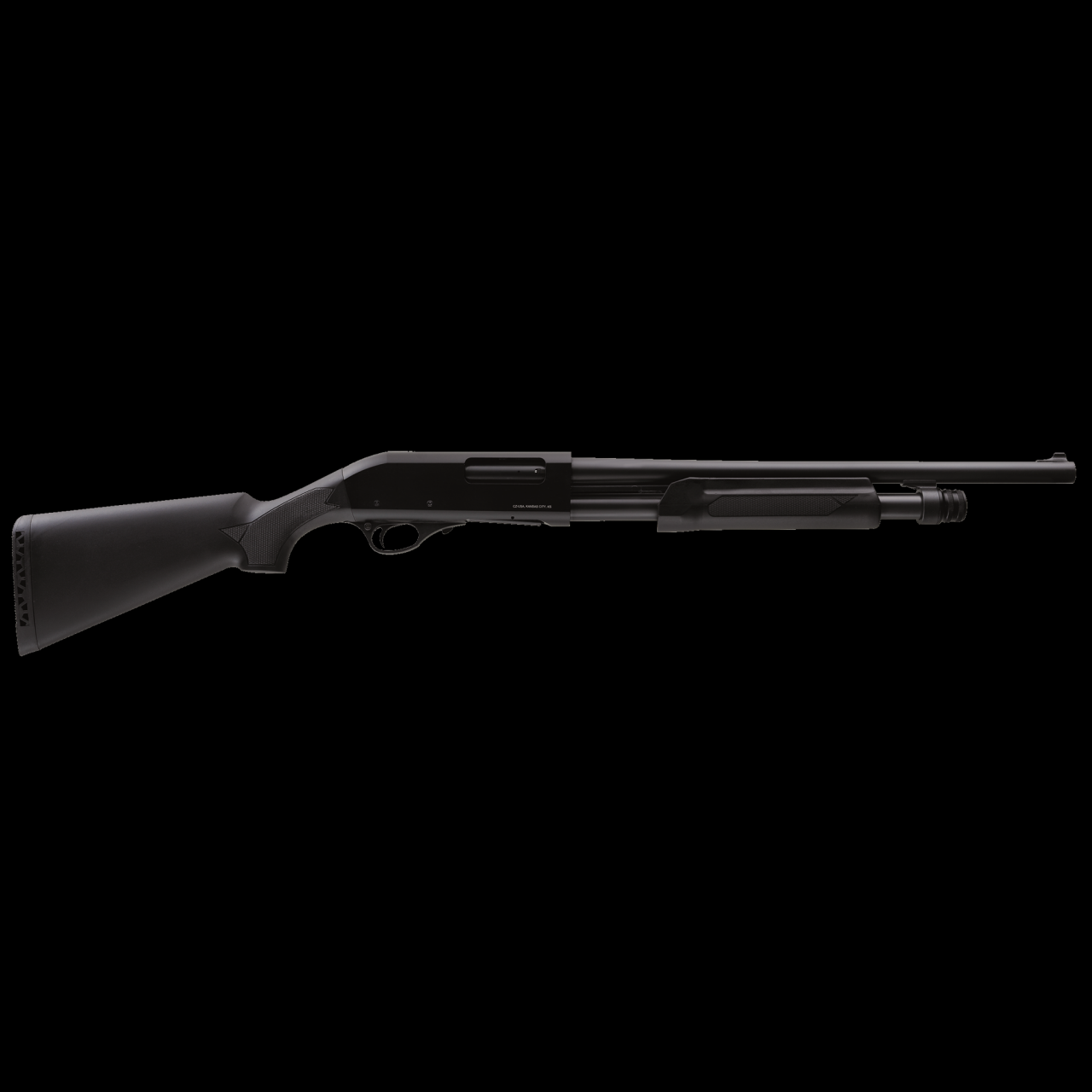 Mossberg 500A
Info: Mossberg 500 is a series of pump action shotguns manufactured by O.F. Mossberg &

Beretta Perennia SV10
Info: A double-barreled shotgun. It is an over and under gun, with one barrel above the other. It is most often used for hunting birds and for clay target games such as trap and skeet. There are several models in field and sporting.
Ammo: 12 Gauge
Action: Semi Automatic
Capacity: 2
Reload: 7 Seconds 9 (Full)
Range: Close, Mid Range

Heckler & Koch MP5
Info: The MP5 (German: Maschinenpistole 5) is a 9x19mm Parabellum submachine gun, developed in the 1960s by a team of engineers from the German small arms manufacturer Heckler & Koch GmbH (H&K) of Oberndorf am Neckar. The MP5 is one of the most widely used submachine guns in the world, having been adopted by 40 nations and numerous military, law enforcement, intelligence, and security organizations. It was widely used by SWAT teams in North America, but has largely been supplanted by M16 variants in the 21st century.
Ammo: 9mm
Action: Full and Semi Automatic
Capacity: 30+1
Range: Close, Mid Range
READ:  No More Room in Hell: All Puzzle Guide 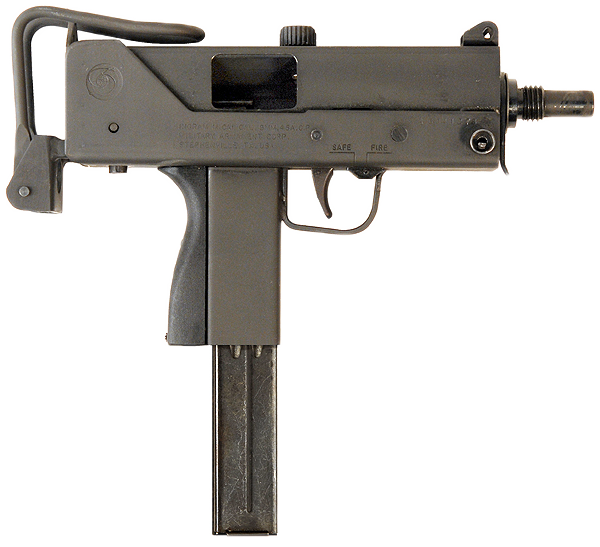 M16A4
Info: The M16 rifle, officially designated Rifle, Caliber 5.56 mm, M16, is a family of military rifles adapted from the ArmaLite AR-15 rifle for the United States military. The original M16 rifle was a 5.56mm automatic rifle with a 20-round magazine. In 1964, the M16 entered US military service and the following year was deployed for jungle warfare operations during the Vietnam War. In 1969, the M16A1 replaced the M14 rifle to become the US military’s standard service rifle. The M16A1 improvements include a bolt-assist, chrome-plated bore and a 30-round magazine.
Ammo: 5.56×45 Nato
Action: Three Round Burst, Semi Automatic
Capacity: 30+1
Range: Close, Mid, Long Range

Ruger 10/22
Info: The Ruger 10/22 is a series of semi-automatic rifles produced by American firearm manufacturer Sturm, Ruger & Co., chambered for the .22 Long Rifle rim fire cartridge. It uses a patented 10-round rotary magazine, though higher capacity box magazines are also available. The standard Carbine version of the Ruger 10/22 has been in production continuously since 1964, making it one of the most successful rim fire rifle designs in history.
Ammo: .22 LR
Action: Semi Automatic
Capacity: 10+1
Range: Close, Mid Range

FN FAL
Info: The FAL is a battle rifle designed by Belgian small arms designer Dieudonné Saive and manufactured by FN Herstal. During the Cold War the FAL was adopted by many countries of the North Atlantic Treaty Organization, with the notable exception of the United States.
Ammo: .308
Action: Semi Automatic
Capacity: 20+1
Range: Close, Mid, Long Range

READ:  No More Room in Hell: All Puzzle Guide

JAE-700
Info: The JAE-700 RSA is a stock and chassis system/option designed by J. Allen Enterprises and built for the Remington 700,the entire chassis/stock is machined in aluminium and the composite side panels are bonded to the aluminium,the combination of materials makes the stock rigid and it has great harmonics,the Remington JAE-700 in NMRiH has 10+1 rounds and performs faster than the Sako 85.
Ammo: .308
Action: Semi Automatic
Capacity: 10+1
Range: Mid, Long Range

TNT
Info: Trinitrotoluene, or more specifically 2,4,6-trinitrotoluene, is a chemical compound with the formula C₆H₂(NO₂)₃CH₃. This yellow solid is sometimes used as a reagent in chemical synthesis, but it is best known as an explosive material with convenient handling properties.
Range: Mid, Long Range

PSE Deer Hunter
Info: The PSE Deer Hunter is one of PSE’s longest running bows not to mention, one of the best-selling bows of all time great for target shooting or hunting.
Ammo: Arrow
Capacity: 1
Range: Close, Mid, Long Range

Flare Gun
Info: A flare gun, also known as a Very pistol or signal pistol, is a large-bore handgun that discharges flares. The flare gun is used to create illumination for improved vision or as a distress signal. A flare gun can be used as a deadly weapon; however, that is not its intended function.
Ammo: 12 Gauge Flare
Capacity: 1
Range: Mid, Long Range

Hand Combat
Info: Hand-to-hand combat is a physical confrontation between two or more persons at very short range that does not involve the use of ranged weapons.
Range: Close Range

Kitchen Knife
Info: A kitchen knife is any knife that is intended to be used in food preparation. While much of this work can be accomplished with a few general-purpose knives – notably a large chef’s knife, a tough cleaver, and a small paring knife – there are also many specialized knives that are designed for specific tasks.
Range: Close Range

Cleaver
Info: A cleaver is a large knife that varies in its shape but usually resembles a rectangular-bladed hatchet. It is largely used as a kitchen or butcher knife intended for hacking through bone.
Range: Close Range

Pick Axe
Info: A pickaxe is a large tool consisting of a curved, pointed piece of metal with a long handle joined to the middle. Pickaxes are used for breaking up rocks or the ground.
Range: Close Range

Hatchet
Info: A hatchet (from the Old French hachete, a diminutive form of hache, ‘axe’ of Germanic origin) is a single-handed striking tool with a sharp blade on one side used to cut and split wood, and a hammerhead on the other side.
Range: Close Range

READ:  No More Room in Hell: All Puzzle Guide

Fire Axe
Info: A special type of axe used by firefighters, typically featuring a pick-shaped pointed poll (area of the head opposite the cutting edge) and in a vivid color to make it easily visible during an emergency.
Range: Close Range

Machete
Info: A machete is a broad blade used either as an implement like an axe, or in combat like a short sword. The blade is typically 32.5 to 45 centimeters (12.8 to 17.7 in) long and usually under 3 millimeters (0.12 in) thick.
Range: Close Range

Sledgehammer
Info: A sledgehammer is a tool with a large, flat, often metal head, attached to a long handle. The long handle combined with a heavy head allows the sledgehammer to gather momentum during a swing and apply a large force compared to hammers designed to drive nails.
Range: Close Range

Pipe Wrench
Info: A pipe wrench is any of several types of wrench that are designed to turn threaded pipe and pipe fittings for assembly or disassembly. The Stillson wrench, or Stillson-pattern wrench, is the usual form of pipe wrench, especially in North America.
Range: Close Range

Lead Pipe
Info[/b]: A lead service line (LSL, also known as lead service pipe, and lead connection pipe) is a pipe made of lead which is used in potable water distribution to connect a water main to a user’s premise.
Range: Close Range

Fubar
Info: Fubar Forcible Entry Tool is an 8-in-1 demolition and utility tool that can be used in a number of ways. In addition to prying, splitting and bending wood boards, and pulling nails, the 30″-long Fubar can be used to shut off gas valves and as a fire hydrant wrench.
Range: Close Range

Spade
Info: A spade is a tool primarily for digging, comprising a blade – typically stunted and less curved than that of a shovel – and a long handle. Early spades were made of riven wood or of animal bones. After the art of metalworking was developed, spades were made with sharper tips of metal.
Range: Close Range

Crowbar
Info: A crowbar s a tool consisting of a metal bar with a single curved end and flattened points, often with a small fissure on one or both ends for removing nails or to force apart two objects.
Range: Close Range

Abrasive Saw
Info: An abrasive saw, also known as a cut-off saw or chop saw, is a circular saw (a kind of power tool) which is typically used to cut hard materials, such as metals, tile, and concrete. The cutting action is performed by an abrasive disc, similar to a thin grinding wheel.
Range: Close Range

Chainsaw
Info: A chainsaw is a portable, mechanical saw which cuts with a set of teeth attached to a rotating chain that runs along a guide bar. It is used in activities such as tree felling, limbing, bucking, pruning, cutting firebreaks in wild land fire.
Range: Close Range