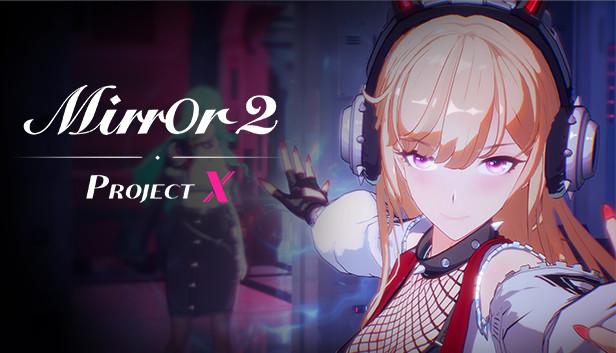 For Mirror 2: Project X players, this guide is for those playing the initial release and saying “Am I doing this right? Did I miss something?”

Although the release announcement said six chapters, as of 1/22/2022, we only have access to one chapter (in English). Maybe others have been unlocked in the original language?

The original Mirror game required you to complete initial chapters before it unlocked additional chapters. That’s not the case here. If you have completed the available chapter and are think you have missed something because the others didn’t unlock: You haven’t. That’s all there is for now.

The available chapter has four possible endings. None of them are great. You die in one, two end with you enslaved, and the fourth is ambiguous whether you have escaped or if you’re actually enslaved. Many occur fairly high in the flowchart, which may leave you thinking you have missed some. You haven’t.

If you play through the game in a linear fashion, you will reach one of the four endings. Presumably you will stop to buy AND EQUIP new abilities, skill gems, and to level your stats. Pretty soon you will reach an ending. Cutscene, flavor text, dump to main menu. Rather than having to play through the game again, you can use the flowchart to see your progress and re-insert yourself in the middle of the story. Then you can choose different dialogue options and steer yourself toward different endings. The flowchart also allows you to replay levels to get better scores and therefore unlock really cool backstory documents and new skill gems.
READ:  Mirror 2: Project X How to Change Language to English

Combats are indicated by tiny game controller icons on the bottom of the flowchart bubbles. Clicking on those icons will show you whatever bonus rewards you earned and also show if there are additional rewards waiting to be unlocked by replaying the level and achieving a higher score.

When you win a combat, the next step of the flowchart unlocks. What is not apparent is that how well you perform affects your progression. A basic victory unlocks the next cutscene. If you win an A-class or S-class victory, you unlock rewards including “classified report” backstory documents, and adding new valuable skill gems to the store for purchase.

The entire flowchart is laid out for you, connected with blue lines. The path you have taken in this particular playthrough is shown with amber lines.

The “Date night’ and “Final examination” minigames do not yield 18+ content rewards. Scoring near 100% with Rita earns you a seductive pose and a declaration that she will spend the night. Leah does a little wiggle-dance and praises you. Hopefully more content will be added later. I have earned those rewards with scores as low as 96%. I’m not sure what the real threshold is.

That’s all I have for you. This is my first guide. I was a fan of Mirror, and that left me expecting certain patterns, like completing a level to unlock the next level, to be repeated here. That led to some frustration. So I published this guide to save other players that grief. It’s clear that we are very early in early release. I have enjoyed the gameplay and art immensely, but that “Six chapters” claim in the release notes left me confused when I couldn’t unlock new chapters. And the amber versus blue line and importance of scoring well on levels wasn’t clear to me at first. I hope I’ve made a difference for someone.
That’s all we are sharing today in Mirror 2: Project X Gameplay Basics (What You Might Miss), if you have anything to add, please feel free to leave a comment below, you can also read the original article here, all the credits goes to the original author Kengineer09