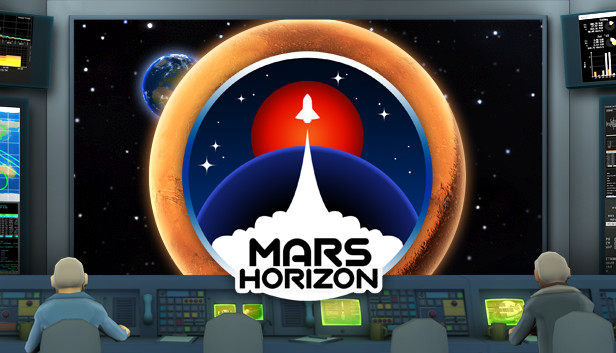 For Mars Horizon players, this is guide about the tricks of the trade, some gameplay tips and techniques are provided below, let’s check it out,

Tricks of the Trade: Gameplay Tips/Techniques

1) It’s okay to skip Milestones (It’s actually necessary). Don’t feel you are a failure if you don’t do all the Milestones one-by-one. Skip around with rewards/bonuses, but also skip around with ‘Roleplay’ i.e. imagine you are an Agency with limited money and time, and you can only do so much. This is realistic, but also crucial to making progress in the game and leaping forward through the years a quick rate of success.

2) The Moon Landing. Probably ‘skip this’ on Hard or Very Hard Difficulty unless, for you, the Cool Factor of Moon Race is what you want to do as a roleplaying Agency Director. If you calculate the dollars and science required for the Landing (particularly to achieve in the 1960s), it is staggering. If you want to race forward (and win some First Place milestones on Hard settings and set up getting to Mars ASAP) you should prioritize sending unmanned (i.e. small satellites) missions to Venus and Mars, rack up the science and support and catapult forward to ISS Space Station or other third era goals. If you ‘want’ to race for Apollo Mission to the Moon? Sure, go ahead, but it will slow down your end-game substantially. (Note: New Patches may adjust the Moon Balance).

3) Ignore the Outer Planets, unless they are the ‘cool’ factor you really want to explore. Similarly to the Moon landings, going to Jupiter and Beyond is very inefficient. The mission rewards are not sufficient to compensate for the time needed to complete a mission (and the time for which they are hogging a precious mission slot). If the Roleplay element of your agency includes Voyager? Do the Grand Tour, maybe. But with the game’s current balances, sending multiple missions into Jupiter and beyond is fine if you are experimenting, but bad if you want to finish the game faster or race the Very Hard AI.

4) Know your Buildings and learn ‘Timing’. You need buildings to allow your cycle of accomplishment to snowball. You need Mission Controls (and expansions) to go from doing just one mission at a time to several (which is particularly crucial for missions which take many, many years to plan, build, and execute). You need Research expansions (to get guaranteed beakers each month). You need Robotic Lab (to cut down a whopping 25% on all Mission Techs). You need Back-up Generator (to cut down on all payload costs by 20%). But there is a balance and a trick to figuring out ‘when’ to spend that hard-earned science and cash on Base Building and when to race for a mission and delay the Base. Rather than spell out that timing, I just urge a player to focus on learning concepts of Timing, particularly in the opening 15 years, i.e. from 1957 through the early 70s.

5) Understand Milestone Challenge Bonuses. These can be crazily massive if utilized to full effect (i.e. planned out to reap maximized bonus). Sometimes you need a five-year plan. Not step by step, but conceptually to earn a staggering amount of success. A milestone bonus can be ‘an extra 25 to 50%’ off one branch of research for a limited 6 month window: Mission, Building, or Vehicles. This, if planned with some skill, can be the equivalent of 5+ years of missions gained in just six months. You can ‘half-research’ a tech (allocate 5k of science to a 10k technology) and then store it there for years. You can half-research a great many things (there are era limitations) and then in the six months research 3-6 techs once the costs get halved. You will want to delay (or push) milestone achievements to match your own internal preparation. Milestone rewards are one example, by the way, where going to Jupiter can be worth it, but only if the rewards line up.

6) Money: It’s Essential, so learn to Store it. There is no ‘bank’ to build to improve your money, so you can only do lucrative missions to earn it. And if you spend money without any increases in support bonuses (i.e. your monthly income, which really only inch up $30-50k each month, i.e. no quick infusion of millions)… you’ll be stalled. The lucrative missions are mostly randomly presented (a few are guaranteed as milestones). As you play, and build Mission expansions, you may wish to save a slot for money. You may need ‘lots’ of tactical flexibility, i.e. to abort a mission (even after paying for a payload) to quickly claim a Lucrative mission before it disappears. Learning how to collect money adds to the ‘fun’; being money unaware makes the game super frustrating. If you push on for early milestones at all costs, and do not have mission slots open when the cherished lucrative missions materialize (and they can only be claimed and planned for a limited 6-12 months before they disappear)… you will spend the game stalled and add years, decades even, to your progress.

7) Diplomacy. Allied agencies give you a 5% bonus to Science (2% when friendly) so that’s obviously great. But they also can help by providing access to powerful Contractors, which when unlocked help you lower costs on your vehicles (if the allied agencies are US or Japan), or push up Launch reliability a crucial 10% (the ESA). All agencies have the potential to offer you joint missions, and the more missions that are offered, the more rng is there to give you the missions you most want to do: Lucrative satellites or high science rewards for smaller investments. I often choose Team Player as a trait and I definitely prioritize building the Diplomacy Office, as both of these increase the speed (and therefore the variety) of Joint Missions offered. If we return to the Set-up screen, you can choose to Begin the game ‘Allied’ to a faction, and doing so (particularly with NASA or Japan) will make the game easier. For Role-playing a range of options can work: starting Allied can make some sense, but so too can starting at ‘neutral’ for all factions and then having to earn that Allied status through many joint missions. I earned the Space Federation Achievement (become Allied with all agencies) on a Custom Very Hard set-up while starting at absolute neutral, and that was a lot of fun.

That’s all we are sharing today in Mars Horizon Tricks of the Trade: Gameplay Tips & Techniques, if you have anything to addm please feel free to leave a comment below, and we’ll see you soon.