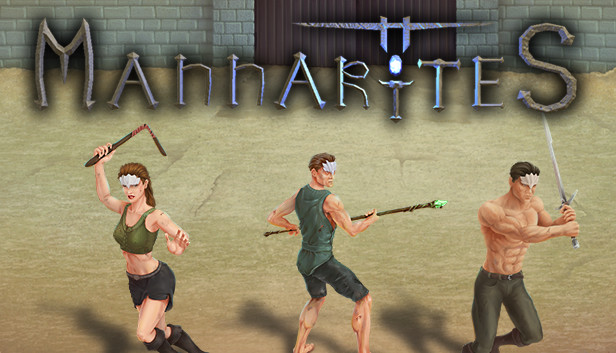 For MannaRites players, this is a guide that provides the gameplay basics and tips for new players of the game, let’s check it out.

Magus Porgom is a pretty hard to learn / play character at first, his personal difficulty is marked as “veteran”, which means that he’s best suited for seasoned warriors. His “special move” is a set of 4 unlockable spells, between which Magus can switch using Utility button. As a resource for special move, unlike Warrior and Acrobat, who are using Stamina, which is built by performing specific actions, Magus is using Manna, which is restoring itself over time (Magus is getting Manna from earth, that’s why he’s not wearing shoes). Certain perks from a Skilltree can majorly increase restoration rate!

To select a spell, hold Utility button (by default – O on keyboard and RT on gamepad), a select wheel is going to pop up, then with direction buttons select needed spell and release Utility button. Small icon to the right of adrenaline bar now should have selected spell’s icon.

To cast a spell, press attack + block at the same time.

Magus has 3 weapon types available for him – staffs, wands and spellbooks.

There are 8 spellbook spells total:

There are no solid predefined builds, Magus can be really flexible and adaptive. However, it may be wise to consider type of weapon you’re willing to carry, so here are general recommendations:

That’s all we are sharing today in MannaRites Gameplay Basics and Tips, if there are anything you want to add please feel free to leave a comment below and we’ll see you soon.