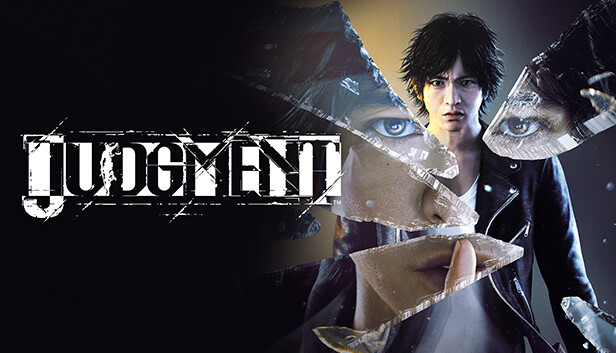 For Judgment players who are collecting achievements, this is an 100% achievement guide which will help ou out.

The Game is Afoot
Retrieved the money from the Horseplayer Detective

Skeletons in the Closet
Completed Chapter 4

Blowing the Lid Off
Completed Chapter 8

Enemies of My Enemies
Completed Chapter 10

Thank You!
Completed all of the main story.

Detective of Legend
Completed the game on LEGEND difficulty.

These achievement needs you to do some side quest or extra activities, but it is quite simple and self explanatory

On the Case
Cleared 10 side cases.

Got to the Bottom of It
Cleared all of the side cases.

A Friendly Guy
Made 10 friends.

A Popular Guy
Made 30 friends.

A Guy Everybody Knows
Made 50 friends.

Pawn Star
Sold 100 items to Ebisu Pawn.
tips: get 100items first, save game, then sell them all. reload savegame to get items back that you want to keep.

Retail Therapy
Shopped 100 times.
tips: should be unlocked naturally, but if you are near endgame, and still haven’t unlock this, just save the game and buy cheapest item until you hit the 100marker and reload the savegame

The Bird’s the Word
Controlled the drone for over an hour.

Oh Look, a Cat!
Found all the stray cats while in search mode during the main story.

Zombie Apocalypse Survivor
Obtained 50 pickups in Kamuro of the Dead.
tips: if you exit out midgame, what you hit still counts, so you can abuse the system by redoing the last part of stage 1 which has 3 targets closeby.

There are in total 10 hidden achievements for this game

I’ll Make it Double
Doubled your chips at L’Amant.

actually unmissable at chapter 2 since it’s story related, you will find a hidden casino underneath koi shop, just double your chips from 300 to 600 before leaving L’amant.

READ:  Judgment How to Unlock Legend Difficulty from the Start

note: some people reports that the achievement may be bugged when you double your chip at later time, so try to save before entering the casino or when inside the first time and double your chip before progressing the story.

in chapter 5, Terasawa (the nurse) will lead to you to a room, where you’ll be in active search mode to investigate the bed.
Focus and select Terasawa’s face, chest and posterior (back side)

The Art of Conversation
Entertained the customer flawlessly.

in chapter 7, part of the story is to investigate Queen Club, and disguising as Saori,
you need to pick certain responses:

– My name is Saori
– Were you asleep?

in chapter 8, you’ll be tasked to find a gambling hall at Champion District.
you will need three passwords which you can get from L’Amant:

in chapter 12, you will tail a middle man to the secret hideout. After you beat the homeless thugs, save your game.
After awhile, Sugiura will dissapear, and you will find him in a red room with some thugs.
Just leave one guy and let the timer hit 10seconds before beating the last one.

The Final Nail
Presented the right evidence to the judge on the first try.

at final chapter, at the court case, you need to pick these choices:

He Just Doesn’t Quit
Defeated the opponent in the side case, “A Final Request.”

after you finish all the side cases, you can initiate this final side case.
You will meet Shin Amon in Little China and beat him.
Match your stance to the color of the background, ie. red = rush, blue = crane.
if you are having a hard time, just tune down the difficulty.

Pay Your Rent, Yagami
Ate all of Tomioka-san’s homecooked meals.

One of the friend mission will have you eat at Smile Burger on Nakamichi Street.
You can get free rent if you leave feedback for the food that she deliveres to your office refrigerator.
Just put good words, and maximize the friend meter to have the meals more often.
Once you have eaten all types of meals (about half a dozen), the achievement will pop up.

The Greatest Detective
Obtain all other achievements.

That’s all we are sharing today in Judgment 100% Achievement Guide, if you have anything to add, please feel free to leave a comment below, you can also read the original article here, all the credits goes to the original author aarmosher and Hendra1304 Backlog Edition