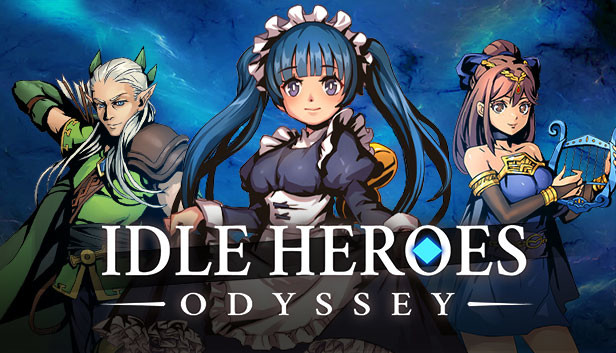 For Idle Heroes: Odyssey players, mine and wood are useful resources in game and this guide will show you how to effectively Farm mine and forest.

EDIT: changes where added to the guide since a new passive skill is requiered for VERSION 0.8.8
Still works with VERSION 0.8.10

So i decided to create a little guide on how you guys can maximize your farming ability inside the Mine/Forest.

First: You need at least Tavern level 4 for it, since this will unlock the hero “Jessie”

Second: It will requiere some time to get to the point where you can maximize this stragedy (there are several stages to this guides effectiveness like missing items or not being able to utilize the Thunder Chop skill)

Third: Only use Jessie in formation to finish the fights WAY quicker. More heroes = more turns before the enemy
can act. In case that the “Flame Gem” gets fixed (is supposed to add burn on yourself) just take a healer with you, that will heal Jessie when requiered (make sure the healer does not have any way to attack and does not run out of energy)

What do we need to max out our farming here?

Stragedy: You want to try and bypass the defense of ores/elfs, since they take little damage but have alot of HP. Therefor you want to focus yourself on taking them down with DOTs (Damage over Time). This build is ideal for this (and also most of the bosses so far) since, at level 50 Jessie and with all the requiered items, you can kill any ore/elf, no matter their level, in a maximum of 2 attacks.

How? Easy! With both Daggers, the Flame Gem as well as the skill “Thunder Chop” paired with “Thunder Chop – Master+” (requieres passive “Shadow of Blue Thunder lv3” (lvl 50)) AND “Thunder Chop – Multiple+” you are able to get with a single attack 9 DOTs, 3 different DOTs with their maximum of stack amounts (max 3) which translates to 54% HP lost whenever the enemie acts. Bleed takes 4% HP per stack, Posion takes 6% HP per stack and Burn takes 8% HP per stack. NOTE: Since Version 0.8.8 Thunder Chop now also adds 3 stacks of Paralysis (not a DOT) with this guide.

Additional: The passive “Thunder Chop – Master+” is absolutly necessary to reduce the energy cost to 1 (unlimited farming). It is also recommended to have atleast 110 Energy and Castle Buff “Camp Restoration” (Unlocks at Castle level 3) at level 10 to not run out of energy due to changes with with Version 0.8.8

Should your Jessie not be level 50 yet, then simply just keep using his “Stab” skill, since it will still cause up to 6 DOTs with a single attack (kills an enemy in max 3 turns starting at mine/forest level 3-4). Also give Jessie “HIT up” passive and/or HIT+ props when he misses quiet a few of attacks

So, that is it already for this guide. It might not work anymore in future updates, but right now it is the best thing you can do to farm the mine/forest!

That’s all we are sharing today in Idle Heroes: Odyssey Effectively Farming Guide For Mine & Forest, if you have anything to add, please feel free to leave a comment below, and we’ll see you soon.
Credit to davidvandragon