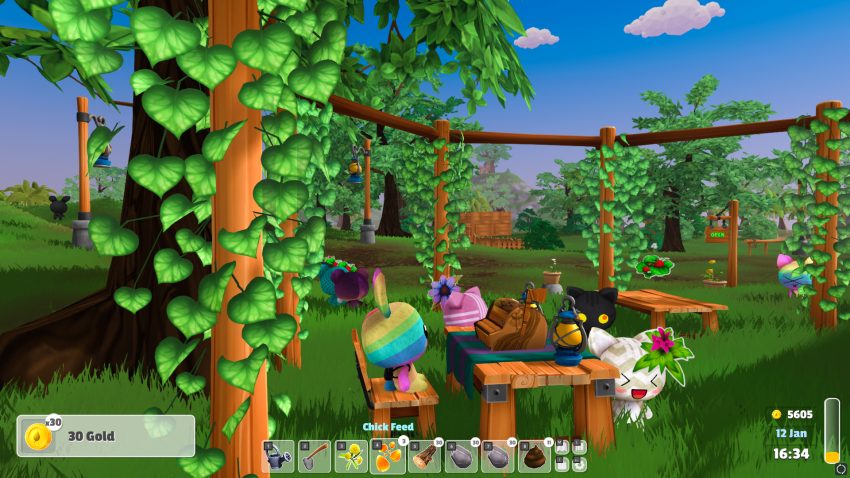 For the Spring event in Garden Paws, heres the location of all 20 eggs!

Egg 1: In the wood bush past the gate next to Charlie (Found by Kurzidan!)

Egg 2: In a fern bush near the Easter area.

Egg 4: In a water bucket inside Mr.Jones’s chicken pen.

Egg 5: In a fern bush near Miller’s farm. If you don’t have him, look around the little inlet pond near a cave opening.

Egg 6: On the balcony behind Frank’s house.

Egg 8 (Rare): In the mining cave, there is a large pillar going from top to bottom. Facing the pond is two rocks, and nestled between is the egg.Heres an image to help (found by silvatheone!)

Egg 9 (Rare): In the mining cave, go in and jump onto the minecart halfway into a tunnel, jump on top of the rocks and its wedged in a corner. Heres an image to help (Found by MoonflowerND!)

Egg 11 (Rare): Hidden in Seaweed, Heres an image to help (Found by silvatheone!)

Egg 12: There is a decorative house next to Beltram’s store, in the back is the egg wedged between the house and tree.

Egg 13: Behind the Mayor’s house in a little cubby

Egg 15: On the hill where Wanderer’s Museum is, inside a wood bush.

Egg 16: Under a bench on the beach

Egg 18 (Rare): Near egg 5, on the rocks that surround the cave entrance. This ones tricky, So heres an image (Found by MoonflowerND!)

Egg 20: On the end of the wall of the town, pass the chest that can spawn up there.