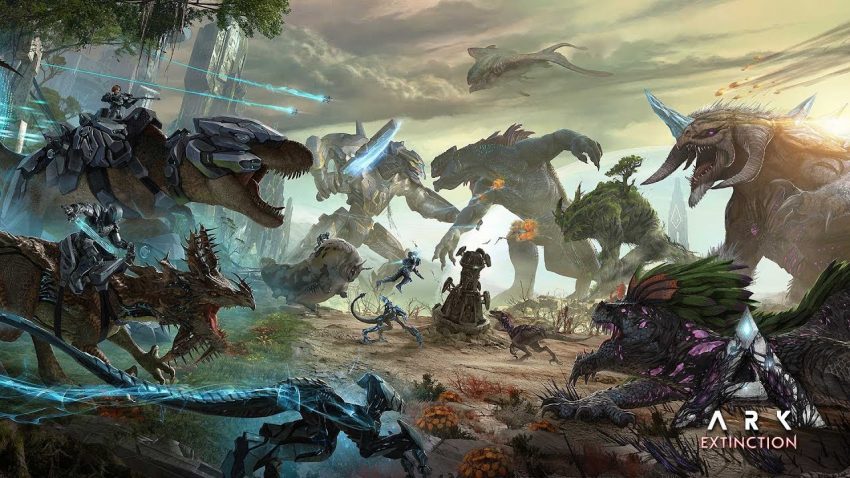 Kill a Ravenii for the first time

These are the giant ogres that try to destroy the city and kill you. Chop off limbs and then scale the back of the beast. Once you are on his shoulders or neck area, hold down the left trigger and chop off his head. You need a full strike meter to chop off heads. Fill your meter by saving civilians, killing jackals and chopping ogre limbs.
———————————————————————————————————————————–
Protector

Kill a Ravenii while all its limbs are severed

Kill a Ravenii with a Spiked helmet

Like “Elite Scourge” you probably won’t get this normally. Go grind it out at the end of the game on any map. The earlier levels are ea

You can start Extinction mode up and just die immediately for 10 quick and easy battles, which will get you an achievement. However, you need to try hard (and do well) in order to get a million points. Points come from kills and civilians saved. Essentially, last as long as you can without dying or without the city being destroyed. The only “tricks” to doing this are:

Play random seeds and hope you can finish the scenario. This is a good strategy for learning the game and trying multiple objectives. To get it quickly, just play the same one 10 times. You only need to kill 3 ogres.

DO NOT try this until you’ve completed the campaign and upgraded your character fully. You need as many of the upgrades as possible. This is one of the toughest achievements in the game and requires you to do a “speed run” of each rescue run. Essentially traveling the map and freeing civilians in various points on the map. The runs are linear and fairly self explanatory, it’s just a matter of running, jumping and gliding cleanly and quickly.
———————————————————————————————————————————–
Perfectionist

You will have more than enough to buy all the upgrades as you play through the game, getting 3 stars and finishing challenges/skirmishes.

All That Glitters is Gold

Aim for the padlocks. The key to destroying this (and all Ravenii) is to get close, hold down the Rune Strike to slow time and find the weak spot (the glowing part). Weak spots are always center of the armor or padlocks.