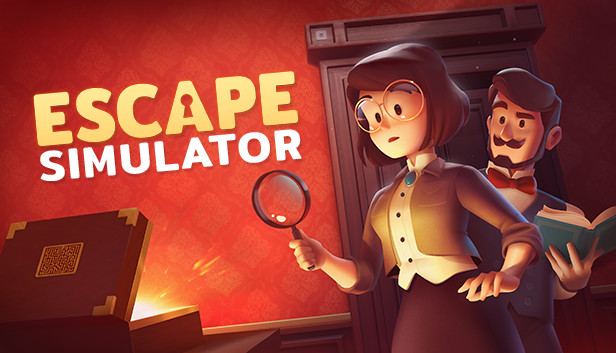 This guide is an Escape Simulator Edgar Allan Poe walkthrough guide, in case someone gets seriously stuck, let’s check it out.

Thanks for playing my room!
If you struggled on the 25th October, there was an update that broke half of all textures. It is fixed now, so please retry 🙂
Since the numbers of hints i can give in the game are limited, I decided to make a walkthrough in case someone gets seriously stuck :)But in general: Look around a bit more first. The puzzles are meant to be difficult sometimes.

Rope Box: there is an additional hint in the small crate on top of the “heavy” crate
The hints say it is really simple. Ask a 6 year old child about the 4 ropes on the wall and it will give you the solution instantly.
8888 (insert facepalm)

Crate: the right tool to move the crate is not in the tool box look up! the crowbar is above a shelf

Suitcase lock 1 digit: the letter is hidden behind a “veil” it is behind the cloth on the shelf 5

Suitcase lock 4 digit: The tag shows a crate. That is where the combination is located.
count the depicted objects in the WHOLE room.
one of them exists more than 9 times!
6412

Oblong Box: what is most important to the guy? look at his stuff in the suitcase
look more closely at the picture
the date is the code. american notation: month, day, year
81281

Eye Flowers: they want items that represent the story behind the weird behavior of the passenger
the picture of the passenger in the crate has a hint
place the two pictures on the pedestals, with the heart in the middle

That’s all we are sharing today in Escape Simulator Edgar Allan Poe Walkthrough Guide, if you have anything to add, please feel free to leave a comment below, you can also read the original article here, all the credits goes to the original author obvious