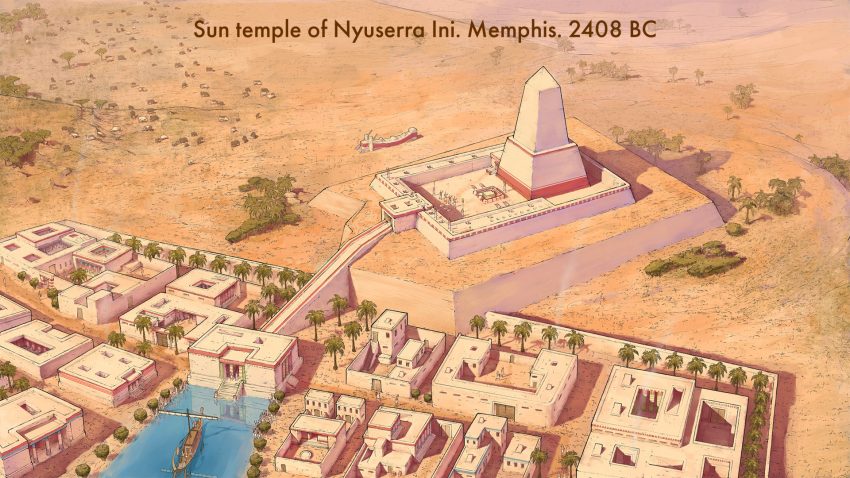 A guide to journey through an Egyptian-themed zombie apocalypse. This walkthrough offers insights on how to optimally play the hardest game mode and details that only can be gleaned through in-game experience due to the lack of an official manual.

Caution: This game mode can be incredibly frustrating and relies heavily on luck. Only the most patient should attempt.

On September 2018, Clarus Victoria released a DLC named Master of History. One of the newly added features was the game mode Mummypocalipse.

Similarly to the a zombie breakout, Egypt is infested by mummies that confine early settlers to their
starting point. To expand, the player has to eradicate them in order to interact with the newly explored regions. The struggle goes both way as mummies can take clean areas back any time.

Eradicating mummies cost army/power points every turn until their number dwindles to zero. Once vanquished, the player is rewarded with a random amount of either production, luxury, or favor to
compensate both the power investment and time where area output has been stalled.

To slow down mummies expansion, the player calls forth for Seth to shield against them as it is he
who brought this calamity to the living world.

As nearly all areas are occupied, the early game will be slow and drudging. Chances are most games will end up as failure. The best maps and alignments of events will provide a significant chance to make a breakthrough.

Preliminaries
To optimally play on Mummypocalipse, a certain knowledge base should be in order to make the ride bearable. The sheer difficulty at the early stages (Memphis map) may dissuade or frustrate players.

A walkthrough laying down the best strategy already exists and is still compelling for this game
mode. It is the How to beat Egypt Old Kingdom with maximum score (31/31) by mviner.

When setting up a game, two modal windows pop up to configure the “World Rules” and “Prologue”.
World Rules

The two first options are obvious choices. The ambitious mode enables the “Improvement Panel” at the discovery of “Administration” tech. Instead of waiting until turn 250ish, one can start sink some extra hammers to beef up resource outputs instead of letting it rots to the 5% spoilage rate. The almighty god mode boosts by 50% the cult bonuses at the expense of -10% resource growth (resource: food, production, and luxuries). This is pretty powerful for two reasons: summoning Seth provides three shields against evil spirits/events and Neith (reduce enemy power) is stronger. Let’s not beat around the bush, Mummypocalypse forces the player to shield against negative events the whole game as mummies expansion is viewed as a negative event. In the early game, if it happens, you are done for as the game mode does not give much leeway to mistakes.

Three out of the four options are difficulty settings. However, the strategy is tailored with the
hardest settings in mind. Having Seth as patron/tutelary god is nearly a no brainer due to the nature of Mummypocalipse. Having a single area that can provide an output severely limits expansion and training of soldiers to fight off mummies. To construct barracks, you normally need to build an economy; you nearly cannot. However, Seth massively alleviates this issue.

Here are perks related to Seth as Memphis tutelary/patron god:

What makes Mummypocalypse horrendous is the start. The player is stranded in an ocean of areas infested by mummies. The presence of mummies forbids actual interaction with the area turn-based output and its objects (e.g. animals, resource gathering, features. etc.) At the beginning, the player has no way to shoo away the rotting creatures because it requires military power. To boost it, one can either tech “Primitive Army” or/and build a barrack. Problems are: (1) the tech does not provide enough in itself (2) how to build economy with only one or two areas.

The solution is a pillage economy. Yes, there are other potential clean areas, but it is not sufficient to build a viable economy quick enough.

Here are the specific tips to maximize a strong breakthrough to a sustainable economy.

Assuming luck was on your side, the second trial was passed. This is the time to consider consolidating a base economy on Memphis as we eke out of the dark age of mummy domination.

Pillage is still a pillar of the economy as we need to increase the number of workers to exterminate new areas clean of mummies. Few additional hills and flood plains are needed to be conquered.

Tactics/tips to build the roots of self-sustaining economy. Pillaging won’t come to your aid once Memphis becomes a chiefdom.