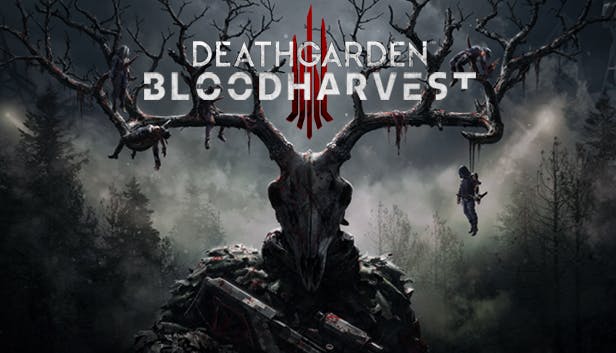 This guide shows you how to reach the GrandMaster rank in Deathgarden: Bloodharvest. This isn’t the only way but it works very well for me. As I’m always able to reach 6th place on the leaderboard

Stalker has quite a different Arsenal then the other two hunter, being the only one that has snipers as a sidearm. That being said My favorite combo is her Trisynkt .45C and Core Design TTX22 sniper. The sniper can three shot body and two shot if you get a headshot, and the Trisynkt can take a scav from full health to a little below half with a full burst. You only want to use the Core Design if the scav your attempting to shoot is revealed (Don’t be afraid to shoot across the map, I’ve got plenty of downs that way and they never expect it.) or is in an open field. NEVER NOSCOPE WITH IT!!! Its Inaccurate and loses its damage when the scav is to close. If you want you can use the Mowzer 306 but its not suggested due to its lack of damage output.
This picture below shows the average score you should be getting. While using this guide.

Stalkers perks are decent, however I will only be pointing out the two best perks in this guide, Power Shock and Lucky Charm. Power shock makes it extremely easy to put a survivor below the half health marker, before hitting them with a burst from the Trisynkt .45C. And lucky charm makes getting drones up so much easier, because you can’t waste to much time running around finding blue boxes if your trying to get maximum score. However you cannot just ignore drones because they are SO IMPORTANT when getting back to back downs. (This is where most of your points come from) Nether one of these perks are required however they are suggested. I’ve done just as well with any of the other perks, its just easier with Power Shock and Lucky Charm. 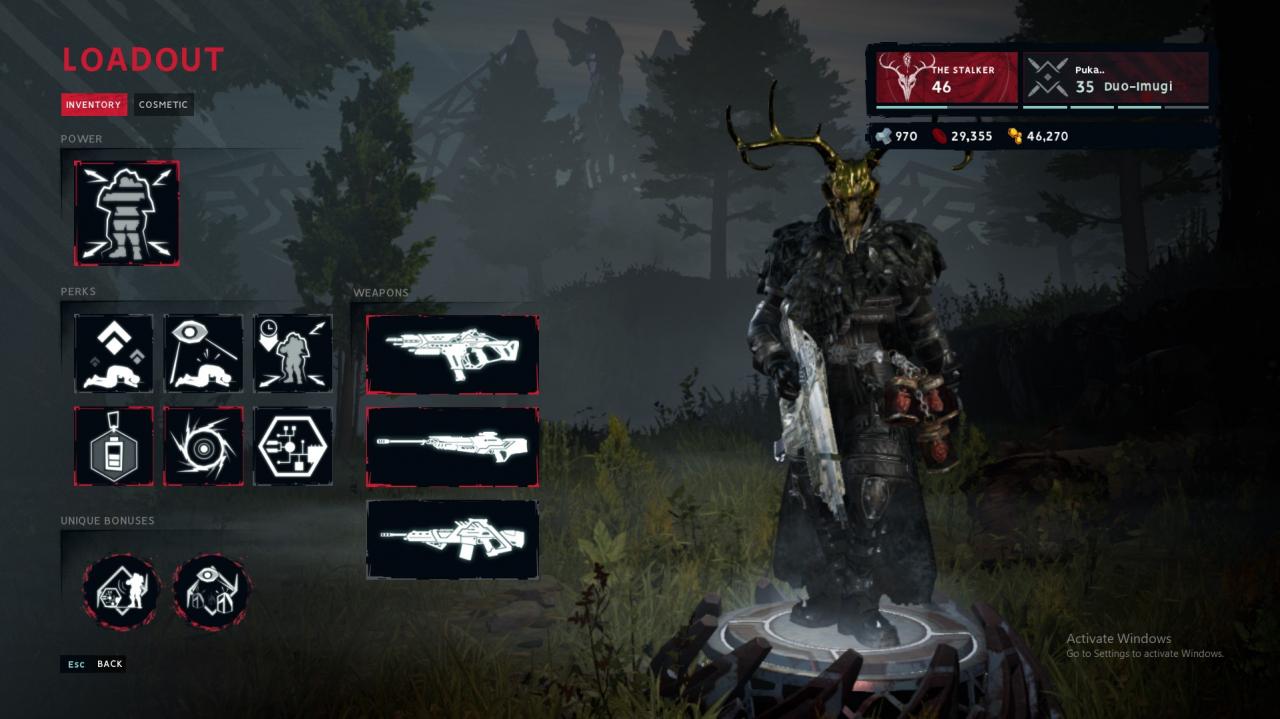 Setup time includes before you leave your box, and before you find the first survivor. When the map loads up you should be paying close attention to the crates near you. point out all the blue crates and one or two yellow crates then create a path in your head of how your going to grab them. Once the gates open quickly grab the crates and head to the nearest blood obelisk and put up three drones, one next to the obelisk and two near the obelisk. that way scavs are force into one direction if they didn’t break the surrounding drones. Then roam around and pick up a few more crates. during this time you may find a scav wondering around in the open, go for him, if not keep collecting until someone starts delivering blood. Chase, down, recycle, and drone the new obelisk the same way you did the first one.

As you repeat this process you will notice people getting constantly revealed all the time by the drones. DO NOT EXECUTE ANYONE!! This makes getting high scores harder because you will no longer be able to recycle that person. However if you find that there are more than 1 healer on a team, you might want to consider killing one of them off, but I will go into more advance tactics later in the guide.

After a decent amount of drones are up you can start actively hunting scavs. Its very easy to find them while drones are up because they either A: drop right into the drone, or B: shoot at the drones exposing a tracer that leads right to them. This allows for easy tracking of all scavs and eventually it will be extremely easy to find scavs. (Scavs won’t hide for the most part because they will notice you are recycling and not executing. (However don’t be surprised if they commit suicide or leave the game, because this pisses off bad scavs.)

There is no room for mercy when trying to reach the top, if you want the best score you constantly look for and down the easiest scav in the game. Make sure hes your primary target. However don’t ignore other scavs or they will end the game quickly. As time ticks down to around a minute thirty, its a good idea to execute any active camos or smokes, since they can completely avoid getting marked by the end game reveal. fly to the nearest scav or the scav running towards a far away exit. Burst him, shock, and burst again if he isn’t dead. Then quickly find the next farthest target. This can lead to a 5k if done correctly EVEN IF YOU HAVEN”T EXECUTED ANYONE!!! 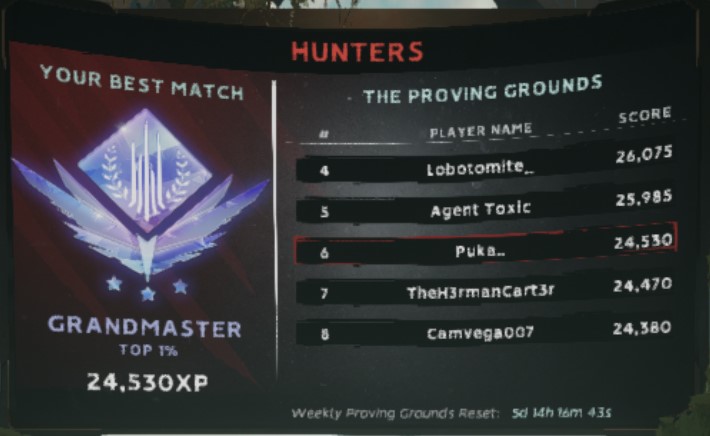 During chases you may notice the scavs aren’t going down very fast, and you may be constantly losing those active camo’s and smokes during chase. First off your aim is extremely important, if you can’t hit them, your not gonna be able to kill them. Practice practice practice. While moving your aim is a little bit more inaccurate, so you need to aim for the body so you can hit most of your bullets. if you have the scavs in an open area, don’t be afraid to stand still and take your time shooting them. your spray isn’t nearly as big, and its much easier to predict scavs movements. There will be times when you will hear a sudden “Hmph.” That noise is a scav jumping, evading, or climbing. Use that to find scavs! It makes your life so much easier. If you pay attention during a chase they are constantly making noise allowing you to track them like the rats they are! 🙂

Most of the maps are in your favor in deathgarden, however there is one specific map that is horrible for stalker, and that is Final Strike. There’s way to much shrubbery, way to many buildings, and not enough drones. Your best bet to deal with scavs in First Strike is to quickly get all your drones up and to walk around instead of flying around. Because the chances of seeing a scav is much lower than hearing one on Final Strike.

If there is more than 1 Healer, or Dashe with the quick deposit perk, you should execute one as soon as possible. they will ruin your game if there’s more than one due to how powerful they are. Clones, Shields, smokes, and active camos should never have more than 3.

Stalkers power, Fade, allows her to go invisible for a short period (18 seconds if you have it maxed). It doesn’t get rid of her heart beat but it does make it impossible to see her unless shes interacting with an item or shooting her gun. Use this to surprise scavs! while they are delivering blood, you can fade and jump right on the point next to the scavs. give them a quick burst to the head and shot, then burst again. They will instantly go down giving you a free recycle.

Scavs will sometimes choose to hide in bushes to avoid getting recycled, the best way to flush them out is to always carry a blue power core with you so u can turn on a nearby drone. another way is to walk through the bushes, because you will bump into the scav if they are in the way. If you notice a crate missing that u didn’t take, and it looks recently taken, shock a nearby bush. chances are there’s a scav hiding in there 🙂