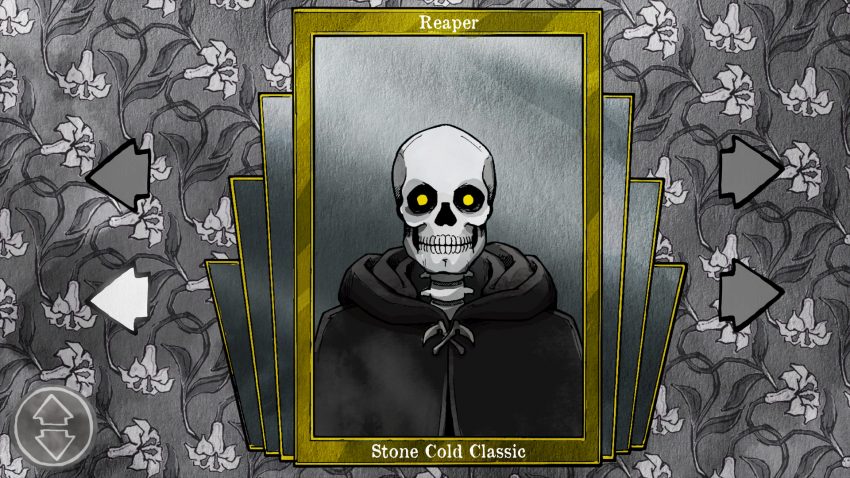 Mortimer has stories for each of his items, which I am chronicling here. Credit to any reaper who helps find more information!

Each purchased item unlocks a set of six faces/eight suits with the same basic pattern and different colors; I have marked F for femme, M for masc, and U for unisex.

Achievements:
Let it RIP – fidget the spinner until it lights up.

Aetherial Resonator is from a sordid tale involving an elevator (implied muzak).

Blue Gerbil was found on the river Styx.

Infernal Illuminator was created by an electrical trickster, derived from cannon parts and a rose bush.

Kaktos originated from the Island of Cactai, but travels.

Lethean Obliviator was used to cut a romantic tie (eraser, one use, but respawns in store at a higher price after each use).

Tenebrous Device was a rat trap belonging to a wizard (fidget spinner).

Transience of Annals was once owned by an old man on the steps of Acropolis (marks how many days you have left).